Mr. LaBarbera is a distinguished criminal trial and appellate court attorney with over 30 years of litigation experience. His offices are located in Newport Beach, Santa Ana, and Santa Monica, California. His practice is limited to criminal defense and administrative law.

Mr. LaBarbera has been awarded Martindale-Hubbell's highest A.V. rating, named a Top 100 Trial Lawyer by the National Trial Lawyers and is a 2015 and 2016 Southern California Super Lawyer. He is a Top 100 Criminal Defense Lawyer recognized by the American Socity of Legal Advocates and recognized as a 10 Best in Client Satisfaction by the American Institute of Criminal Law Attorneys.  As a federal and state criminal defense attorney, Mr. LaBarbera has argued over two hundred trials and appeals.  He has litigated over 4,500 cases, including federal and state white collar crimes, telemarketing fraud, special circumstances murder, gangs and three-strikes cases, assault, embezzlement and other theft related offenses, domestic violence, narcotics possession, cultivation, manufacturing and sales, and driving under the influence. He also represents professionals with licensing matters before the Department of Consumer Affairs, the various state Medical boards, the SEC, the Department of Real Estate, the DMV and other licensing agencies.

Mr. LaBarbera has represented several high profile clients, including athletes, businessmen, attorneys, physicians, musicians, socialites, politicians and actors. He was part of the legal team that successfully defended a member of the Orange County Board of Supervisors during the bankruptcy of that county. He was also a member of the legal team that successfully defended the first American Marine prosecuted for War Crimes in the U.S. District Court. He has represented athletes before the NCAA (involving allegations of steroid use), United States servicemen before military tribunals and the U.S. District Court, and professionals before their respective licensing boards. Although his practice is primarily limited to criminal defense and professional licensing, he has also tried civil cases for both plaintiffs and the defense, with a 100% success record in that arena.

Mr. LaBarbera studied International Law and Corporations at Queens College, Cambridge, England. He graduated from Southwestern University School of Law with his Juris Doctorate degree in 1980. He was admitted to the practice of law that same year.

During the course of his legal studies, Mr. LaBarbera worked with Lemaire, Faunce & Katznelson in Los Angeles, California in the field of public sector labor law. Mr. LaBarbera also worked as a volunteer for MALDEF, (Mexican-American Legal Defense and Education Fund) and was a legal extern for Justice James Koby at the California State Court of Appeal, Second Appellate District, Division Three.

After graduation from law school, Mr. LaBarbera was employed as a research attorney for Justice Donald Work at the California State Court of Appeal, Fourth Appellate District, Division One. He then went to work with the Law Offices of Joseph Shemaria, Beverly Hills, California writing appeals and trying cases. He tried his first murder over twenty years ago. He went on to form his own firm, LaBarbera & Myers, in 1984 where he remained until 2004. 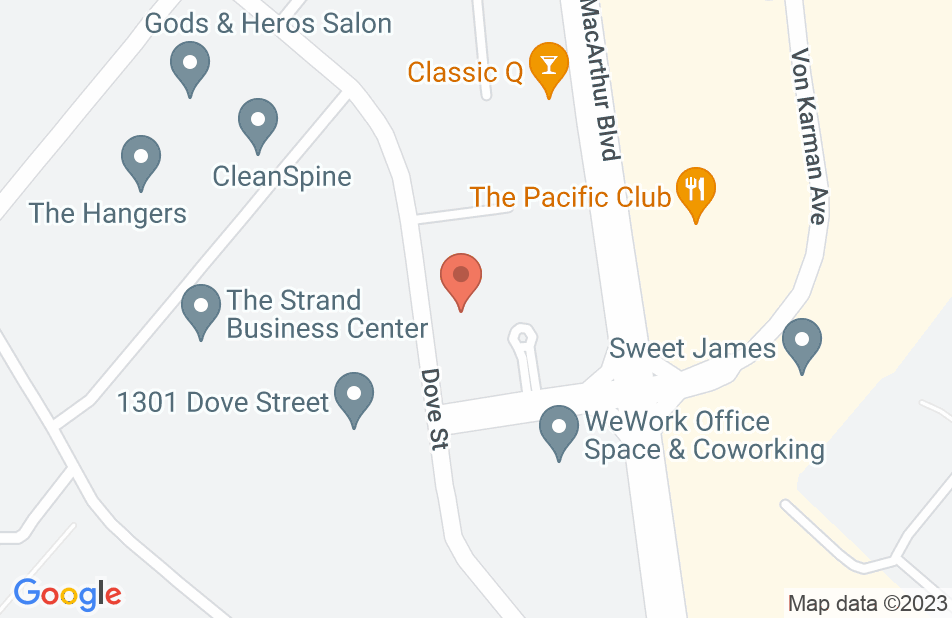 The Best Criminal Defense Lawyer in So Cal

I was facing a year in jail and felt like there was no hope. That’s when I fired the attorney I had been working with and called Vincent LaBarbera. From the very first consultation he made me feel assured that I was in good hands and he was right! Not only did I not spend a day in jail but all charges were dismissed and I have Vincent to thank for it! His knowledge of the justice system and his no-nonsense approach saved me from a lot of sleepless nights. I hope to never be in the situation I found myself in again but if I ever need to call an Attorney there is no question or hesitation that person will be Vincent LaBarbera!
This review is from a person who hired this attorney.
Hired attorney

When struggles Come your way

I found myself facing a messy legal situation and accused of very serious charges. Mr. LaBarbera and his staff are truly amazing. Vincent is an extremely skilled attorney in the courtroom and it showed as I watched him work with the other attorneys who were representing co-defendants in my case. Vincent outshined everyone else in the courtroom. It was clear to me that he knows how to handle difficult cases. I was very pleased with the outcome of my case and highly recommend his service
This review is from a person who hired this attorney.
Hired attorney

Vincent was wonderful in the extent of help he provided my boyfriend and I when we got arrested. He helped the both of us avoid a conviction that could have had damaging results on our futures and made it a point to be available to answer any and all questions that we had--and we had plenty of them! I am incredibly satisfied with the work that he did for us and cannot thank him enough for all of his help.
This review is from a person who hired this attorney.
Hired attorney

I was charged with my second DUI during the probation period of my first DUI conviction. I was looking at a minimum of 60 days in jail, probation violation charges, plus fines and other consequences AT BEST. Vincent was able to keep me out of jail so I could keep my job and maintain my other responsibilities. He was up front, honest and informative from the first free consultation. Throughout my case Vincent was professional and helpful, contacting me with news and keeping me informed every step of the way. I sincerely beleive Vincent's wealth of knowledge and experience made the difference in the outcome of my case. I would recommend him to my friends, family and anyone else in need of a criminal defense attorney.

Mr LaBarbera kept me out of jail!

I came to Mr. Labarbera after being charged with my fourth possesion for sales and second transportation offenses. The prosecutions only offer was 4 years in state prison. After the third day of trial Mr. Labarbera was able to work out a deal for a 7 year joint suspension with 3 years of probation and 1 year of rehab. I never had to see the inside of a jail cell and i've been clean and sober 8 1/2 months! Thanks Vince.

I sought the services of Mr. LaBarbera to assist me in a highly sensitive matter which was a great source of stress and concern. Mr. LaBarbera put me at ease with his skill, knowledge, and professionalism. I would highly recommend his services

Vince is a force to be reckoned with. His talent and knowledge in criminal law is exceptional. I 100% endorse Vince.

I endorse Vincent. He is a highly skilled attorney that is well respected in the legal community.

Over the past 30 years of practice in Criminal Law, both as a DDA and defense counsel, I've worked on cases with hundreds of good lawyers. But when a tough issue comes up, or one that requires strong and sophisticated advocacy, there are a half dozen names that come to mind. Vince's is one of those few. He is intelligent, engaging, persuasive and respected -- and an all around fine man.

I endorse this lawyer. I got to know Vince through a major case we were involved in as co-counsel. It was a difficult case with intense cross examinations in motions involving law enforcement credibility. Vince did a great job and together we made of good team. Since then I have gotten to know him better and we remain close professional contacts. I have seen his skill, his dedication, and his results. They are excellent. I am based in north San Diego. If I have a client who needs a criminal lawyer in Orange County Vince is FIRST on the list. With Vince you don't have to worry if you have a competent and dedicated lawyer. You do!!!!!

I have known and worked with Vince for over 15 years. We tried an multiple count attempted murder gang case together and both of our clients were found Not Guilty of all charges.

I endorse this lawyer. He is a great attorney, and a great person. He is very easy to work with, and I would love to work with him again.

I endorse this lawyer. Vince is one of the top criminal defense lawyers in Orange County

Mr. LaBarbera takes a purposeful and calculated approach to every single case he takes on. His commitment to his clients is unparalleled and never-ending.

Vincent is a great advocate for his client. I endorse this lawyer.

Vince is an excellent attorney in the area of criminal defense. He is universally respected by defense lawyers, prosecutors and judges. Vince's clients are lucky to have him on their side.

Vince is very well respected in the legal community - he is dilligent, astute and conscientious. I am happy to endorse him!

Vincent LaBabera is one of the hardest working, tenacious and brilliant lawyers I have seen. You can't do any better!

I have worked on co-defendant matters with Mr. LaBarbera and know him to be thorough, knowledgeable, and a vigorous advocate for his clients.

Mr. LaBarbera is a staunch advocate for the rights of individuals accused of crime. He is a formidable opponent to any prosecutor who dares to challenge him in trial. He holds an excellent reputation in the courthouse.I strongly recommend Mr. LaBarbera.

I endorse this lawyer. And he's a really good guy.

Vince is a first-rate lawyer. His impeccable skill and breadth of knowledge is matched by his dedication to his clients.

I have worked against Vince when I was a DA, and as a fellow defense member after I left the DA's office. He is respected by both sides as an ethical and smart advocate.

I endorse this lawyer. Attorney LaBarbera is a great legal mind, and a good man. He will do all he can to get you the best possible result.

When I was a prosecutor, I dealt with Vincent in a variety of matters over several years. He was always well-prepared, well-versed on the law and argued strenuously on behalf of his clients. He is an excellent trial attorney and fights for the very best result for his clients. I recommend his services wholeheartedly.