We aggressively represent the best interests of our clients, and fight for results they deserve.

Upon being licensed to practice law in 2000, Ross Jurewitz dedicated his career to representing injury victims. He is the founder and managing attorney of Jurewitz Law Group, which has been recognized in publications throughout the United States, including Time and Newsweek®. Mr. Jurewitz is a frequent guest legal expert on local and national television news programs.

Mr. Jurewitz received his J.D. at Washington College of Law, American University, Washington, D.C., in 2000. Prior to his law degree, Mr. Jurewitz completed a bachelor’s degree in Political Science (with a minor in Law & Society) at the University of California, San Diego. Mr. Jurewitz is licensed to practice law before all courts in the State of California.

In 2002, he joined the prestigious San Diego personal injury firm of Hoey and Morgan, representing injury victims in litigation and as trial counsel. In 2004, Mr. Jurewitz formed the partnership of Wick Jurewitz, where he took the lessons learned in the large firm he had just left and combined them with the personal touch found in smaller firms. Continuing the same philosophy and expanding his practice to represent workers' compensation and employment law clients, Mr. Jurewitz formed Jurewitz Law Group in 2007.

Mr. Jurewitz currently lives in a coastal North County home. In his spare time, he enjoys spending time with his wife, their daughter, and their two dogs, Ace (an American Bulldog) and Blackjack (a German shepherd mix). He also enjoys playing golf, traveling, and spending the fall rooting for the University of Texas Longhorns football team. 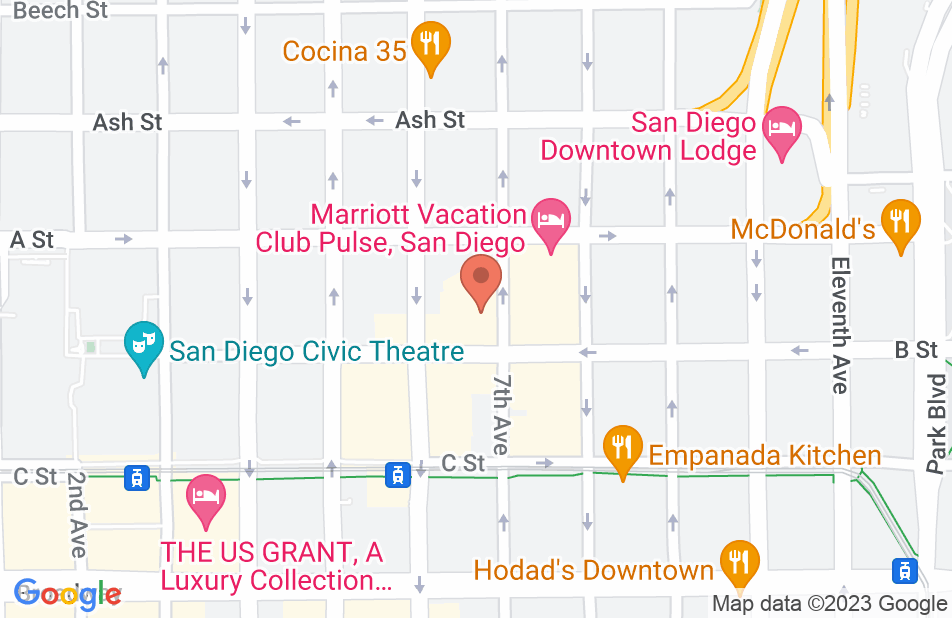 I heard that Ross was honest from a friend who gave me a referral. The entire office was very professional and kept me informed. My only complaint is that the case took so long to wrap up. However I am very pleased with the outcome and what the Jurewitz Law Group did for me.

I was looking in the yellow pages for an attorney for a rear-end accident I experienced in Escondido and that's where I found Ross. He answered all of my questions and I never felt pressured by him or his team, which is why I knew he was the right attorney to represent me. They completely took care of me medically and I always knew what was going on with my case. Choose Ross if you are looking for the best representation!

I had Stacey O'Neil as my lawyer and she was persistent, professional and very prompt on helping me with my case. I would recommend her to any of my family and friends.
This review is from a person who hired this attorney.
Hired attorney

I appreciate my attorney spending the time to explain the process to me. She notified me anytime there was any new information on my case. I am grateful for attorney Alice Shapiro and Tori who played a huge role in a successful outcome.
This review is from a person who hired this attorney.
Hired attorney

Treated me like a family and my lawyer John Greer is on top of everything. He always keeps me in the loop and every detail of the case is being relayed and explained thoroughly. John and Cecilia were both on my team. Both are top notch professionally and amazing people as well.
This review is from a person who hired this attorney.
Hired attorney

Stacey and Nicole are the best.

A friend of mine who was a client referred me to their firm, they have been a constant blessing. Stacey and Nicole are extremely professional and took care of me and guided me through a very stressful time in my life, they are like family and I trust them with my closest friends and family or just about any one who has been injured and is in need of legal help.
This review is from a person who hired this attorney.
Hired attorney

Ross provides me with excellent service when I suffered from an accident. He was very courteous and empathetic towards me and was genuine with my needs. I would fully recommend him.
This review is from a person who hired this attorney.
Hired attorney

I tried to negotiate my settlement without a lawyer, BIG MISTAKE! When the other guy offered a final offer, that was quite frankly insulting. I knew i had to hire a lawyer. After making several phone calls I picked the Jurweitz team and I am happy that I did. Almost 4 years later, even after attorney fees and etc i received almost 10 times the original amount offered. I could have gotten more if i went to trial but decided against going to trial because i did not want to put my family members who were also in the car with me through that
This review is from a person who hired this attorney.
Hired attorney

Nicole is amazing. She helped me out so much and keeps me informed the whole time. I really appreciated it so much. She very sweet sending me flowers when I have had surgery or have something bad going on, sending her best wishes to me and my family thank you for everything you have done.
This review is from a person who hired this attorney.
Hired attorney

We hired this firm to help us after our car accident. The vehicle that caused the accident totaled our car and my whole family was injured. This caused a lot of pain, stress and hardship for all of us. After a month, our injuries and stress were progressing. We were worried about future physical and mental health issues caused by the accident. We were referred by a relative who hired Jurewitz Law Firm and decided to call them for a consult. Attorney John Greer and Cecilia worked on our case. They helped us understand the process and supported us all the way through. We had a positive outcome.
This review is from a person who hired this attorney.
Hired attorney
See all reviews

(76)
Are you an attorney? Endorse this lawyer

I fully endorse Ross. He is an excellent attorney and cares about his clients. He is the one to call in San Diego.

I endorse Ross because I know his passion for his clients and getting the best result possible. If I ever need an attorney in San Diego he is the one I would call.

I can't believe I haven't endorsed Ross before now. He is a great attorney and I know he personally cares for his clients. If you need an attorney after your San Diego accident Ross is a great choice!

Ross is a hard working attorney that fights for his clients. He is sensitive to their needs and ensures he gets them what they deserve. I highly recommend Ross.

I endorse Ross. He is a highly skilled attorney that is well respected in the legal community.

I endorse this lawyer. The attorney works very hard for the clients and keeps up with the law by attending legal seminars to assist them in this regard. I endorse this attorney.

I endorse this lawyer. Ross is a well established and respected lawyer in the community.

I endorse this lawyer. Ross works hard to get the best result he can for his clients. Not one to shy away from a fight with an insurance defense firm, Ross has earned his reputation with them as a force to be reckoned with. Ross is a no-nonsense get-it-done kind of lawyer. I am confident recommending him to anyone with a significant injury claim.

I endorse this lawyer. He is a sharp and strait shooter. You want him for your trial.

I have had the pleasure of working for and with Ross for approximately two years now and can say that is he is exceptionally knowledgeable about all aspects of personal injury law. His knowledge and skills translate into great results for our clients, which I have seen time and time again. I am delighted to be a part of the Jurewitz Law Group and would recommend Ross and our office to anyone without hesitation.

Ross is simply the best at what he does. If I was injured in Southern California, my first call would be to Ross. He will fight hard for you and make sure that you are 100% compensated for your injuries.

Ross is an exceptional attorney who I recommend without hesitation.

I endorse this lawyer. Ross is a fantastic lawyer who will give you and your case the personal attention you deserve. I have called Ross on several occasions for insight and knowledge on California legal issues! I highly recommend Ross and his law firm for any personal injury case in California.

Ross is an extremely dedicated and skilled attorney. For California residents Ross offers tremendous resources and information to his clients. If you are interviewing and evaluating lawyers in California, Ross should be at the top of your list.