When you hire Jeffrey Hoffer, you have a legal advocate on your side to represent your interests and advance your objectives. Call Me Today!

I am a Certified Family Law Specialist.  Since 1993, I have dedicated myself to advocating on behalf of my clients.  I practice family law in Ventura and Los Angeles Counties. I take a tremendous amount of pride in my work and am an avid user of technology to serve my clients.

There are no two ways about this. Divorce can be an ugly experience. You might have felt like you had no choice but to initiate or you might have been blindsided by having been served. My goal is to help you make wise decisions about this process so you can move on with your life with the least amount of emotional pain possible.

Whether your split is amicable or high conflict, I am the Agoura Hills divorce lawyer who could help you. I can help you navigate this challenging period and protect your interests throughout the process. The body of California divorce law can be particularly complex, so it is vital to work with an experienced family law attorney who can handle all aspects of your case and advocate for you during the end of your marriage. 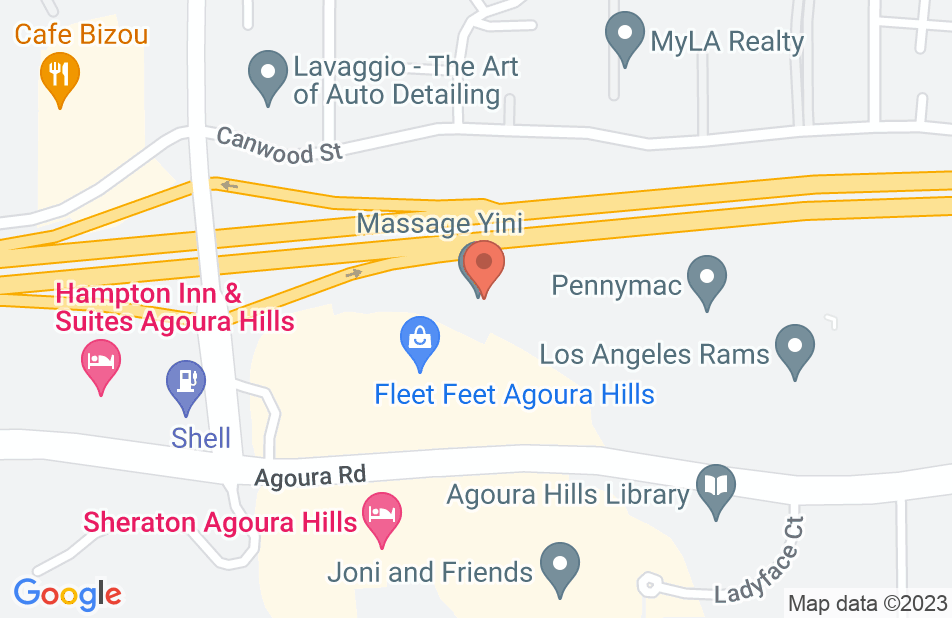 I am an attorney but had no clue about divorce law. I had a previous attorney who stalled my case and billed like crazy. Jeff came highly recommended by another attorney and settled my case that I didn’t think was settleable and protect me. He is a true advocate and I wish I had started with him. Thank you Jeff.
This review is from a person who hired this attorney.
Hired attorney

I truly recommend Jeffrey Hoffer , very professional, I dump my previous attorney and I found Jeff, WONDERFUL! Jeffrey Thank you for accepting the role of my lead counsel. Having an experienced attorney like you on our side was a good sign that we were walking into the courtroom to win the case. I'm grateful for your understanding and cooperation in this matter, you are the best, and I couldn’t asked for someone more professional who really care about his client ! “SUPER RECCOMEND YOU TO OTHERS “
This review is from a person who hired this attorney.
Hired attorney

Scholar and a gentleman

Upon separation I was not able to see my son Jeff got me visitation rights very quickly and he defended me against all false accusations waged against me. He is professional, patient and kind. I recommend him if you want a great lawyer, and he is very reasonable with his fees and well worth his services.
This review is from a person who hired this attorney.
Hired attorney

Mr.Hoffer did a great job in processing of my divorce. I provided all the The paperwork needed and he asked a few questions ,and I Must say within a few months I got the email Saying divorce is completed He is knowledgeable and knows what he is doing. For a piece of mind I would recommend him.
This review is from a person who hired this attorney.
Hired attorney

Well, a divorce isn't a great experience, but to make it less horrible, you need a lawyer who knows their stuff. Jeff helped me get out of a toxic home environment with a wife who was abusive and greedy and helped put my mind at ease with his knowledge of the law. Jeff was very knowledgeable and was able to guide me through the divorce process. He also helped me to get the kinds of support and action i needed at just the right times. Jeff was also really patient, i probably sent him 5 million emails and he made time to discuss concerns and help me resolve anything that had me worried. Jeff says it's easy to get married, hard to get divorced, but going jeff made it a lot easier. I'm also personally grateful to Jeff because as a man, i felt like the courts were biased against men, but that's not necessarily true. Jeff's knowledge of the law helped me maintain a fair custody arrangement so mom's plan to limit my access didn't happen, and he also helped me with other key issues like support and equitable distribution of assets. I would absolutely hire jeff again. He sent me a free book before i hired him with common questions and while hiring an attorney is not the cheapest thing in the world, i found Jeff's rates to be very fair and he didn't nickel and dime me. I would advise anyone (especially men) reading this to not get married in the first place, but if you made that mistake and you need to get a divorce because your wife is abusive then get in touch with jeff.
This review is from a person who hired this attorney.
Hired attorney

Jeffrey is not only, of course, incredibly bright but as well reasonable, personable, responsive and relentless. He is patient and understanding in all that matters too. He changed the course of my life and my son’s life forever as Jeffrey went to battle for us and saved the custody of my son.
This review is from a person who hired this attorney.
Hired attorney

The 5 stars are not enough to rate Jeffrey. He is the BEST lawyer that will represent your case. He will defend you, protect you and deal with every nasty scenarios/battles when your ex spouse exploit matters on divorce and child custody. He is truly honest, very intelligent and he goes by the book. I'm very lucky that I found Jeffrey Hoffer to represent my case.
This review is from a person who hired this attorney.
Hired attorney

Mr. Hoffer saw me on very short notice to help me with a very pressing problem. He was a wonderful, patient listener. He didn't just know the law, he was able to help me with good practice advice. I respect him as a person of extremely good judgement.
This review is from a potential client who consulted with this attorney.
Consulted attorney

My experience with Jeffrey Hoffer

I was served with a lawsuit from my Ex wife after 16 years after divorce. My ex wife was seeking spousal support. Need less to say I was more than shocked. I hired an attorney, who after 2 weeks became ill, and I found myself with no attorney, Stressed to the limit and extremely fearful of a possible order that could of ruined me financially. I was referred to Jeffrey, and immediately consulted with him. Jeffrey was very soft spoken, consoling, and assured me not to worry. But of course I was more than worried. Jeffrey professionally guided me thru the process, continually assuring me our outcome would be favorable. I of course did not agree. We finally went to trial after months of maneuvering, and I walked out of the courtroom devastated, as I looked at Jeffrey and said I lost. He, on the other hand calmed me and said it went just fine. Jeffrey cited case law, as the other attorney wasted time talking about facts that were of no legal matter. Still after 3 weeks of waiting for the ruling I continued to worry. Jeffrey kept assuring me of a positive outcome.. I WON !! Thanks to Jeffrey's knowledge of the law, knowledge of the Ventura County family law court, he knew exactly what to do! I highly recommend Jeffrey as a family law attorney. The results are all that matter!
This review is from a person who hired this attorney.
Hired attorney

Jeffrey Hoffer helped me with an uncontested divorce. I had been trying to do it myself but after spending hours and getting rejected from the court clerk multiple times, I found Jeffrey Hoffer. In less than2 hours he created all the papers needed for the uncontested divorce and got the whole thing done and filed for me. He was extremely knowledgeable and took the time to explain each step he was doing in a way that I could understand. He even discussed the splitting of our 401 k and recommend someone I could call to make sure there wouldn't be tax consequences which was something I hadn't considered. I would highly recommend Jeffrey if you need a straight forward, down to earth, family law attorney who can get you through your divorce as quickly and painlessly as possible.
This review is from a person who hired this attorney.
Hired attorney
See all reviews

Brett Yorke, Divorce and separation Attorney on May 15, 2018
Relationship: Fellow lawyer in community

I do not hesitate to endorse Jeffrey. He always makes his clients his priority. As a certified family law specialist, there is no better advocate in his area than Jeffrey.

I recently had the opportunity to sit with Jeff and discuss the nuances of California Spousal Support laws. He was a wealth of information in this nuanced area. I was impressed with his dedication to his craft. I would recommend him to friends and family who are dealing with Divorce and Separation issues, especially if they were dealing with Spousal Support Issues.

Hiring an experienced family law attorney is the best way you get peace of mind when dealing with custody , visitation, spousal support, etc. Having a family law attorney's services helps ensure that nothing is left out of your case/claim or matter, which means that costly mistakes won't come back to bite you later. I endorse this lawyer . -Anthony Munoz, Esq.

I endorse this lawyer. Jeffrey Hoffer is a very zealous advocate who thoroughly reviews his cases to provide excellent representation for his clients. I have no hesitation in recommending Mr. Hoffer as counsel!

Mr. Hoffer provides a great balance of advocacy and civility in his practice of law. I endorse this lawyer.

I wholeheartely endorse this lawyer.

I endorse this lawyer. He is fair, reasonable and hardworking.

Jeffrey Hoffer is very knowledgeable in his field of family law. He works hard for his clients to assure that they obtain the best results for themselves and their family. I endorse Mr. Hoffer.

I endorse this lawyer. Excellent advocate for his client. He is no pushover. Ethical, professional, personable.

I sincerely endorse this lawyer. He is highly skilled, a zealous advocate and a good guy.