Mr. Dunaway is a practicing attorney in Phoenix, Arizona and a working on a post-doctorate (LL.M.) degree in Air and Space law from the University of Mississippi School of Law. Mr. Dunaway received a Bachelor of Arts in Political Science from Brigham Young University in 2005. He then earned a Juris Doctorate from the University Of Dayton School Of Law in 2010.

Since graduating from Law School, Mr. Dunaway has been admitted to the Arizona State Bar and the United States District Court of Arizona. Additionally, he is an active member of the J. Reuben Clark Law Society and the East Valley Bar Association. In his free time, Mr. Dunaway enjoys taking long bike rides, flying unmanned aircraft (Clint holds an FAA-authorized Remote Pilot Certificate with sUAS rating (“Part 107 Certificate”), watching football games on television, and spending time with his family. 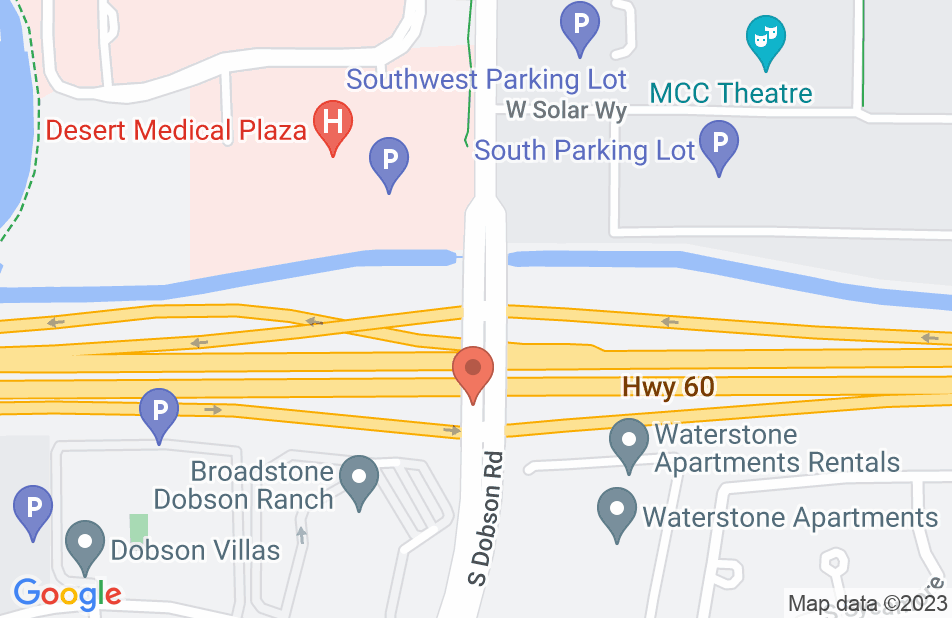 Clint was great to work with. The time leading up to bankruptcy had been the most stressful of my life. Clint helped keep me calm and grounded. He told me exactly what I needed to do and guided me through the process. I am so thankful for him.
This review is from a person who hired this attorney.
Hired attorney

I had an issue where I let a family member move in to my rental home. You would think that family wouldn’t put you in a situation where you would have to have then evicted from their home. Marisela and Clint really helped me out. As the situation was very emotional for me, that they took care of everything and simply provided me with updates. I would recommend this attorney to anyone. I really apperciate the compassion Marisela and Clint showed towards my issue. They are worth every penny! Thanks again guys!
This review is from a person who hired this attorney.
Hired attorney

Listens. Learns all the facts. Explains options and consequences.

We were victims of a Sting by “con artists” and were confused concerning our best response. We asked the Arizona Association of Manufactured Homes, RV and Park Model Owners (AAMHO) to recommend a good Lawyer. They suggested we contact Clint Dunaway. He read our report, listened to our wants, needs, feelings and expectations, learned and checked all the facts. He then gave us insightful and informative council explaining our options and the likely consequences of each. Thanks to his professional assistance, we are confidently implementing our action plan.
This review is from a potential client who consulted with this attorney.
Consulted attorney

Clint was thorough. He listened well to my concerns and followed to the letter the expression of my concerns. He was prompt in all his responses and had a sense of humor. I was very pleased. I paid for his service so I believe he was hired but contact was by phone and email - not face to face - which was fine. The communication we had met my legal needs very well. Regards, Mary
This review is from a person who hired this attorney.
Hired attorney

Mr. Dunaway helped me remove Tenants from the dark bowels of Hell

I had tenants who wouldn't pay and refused to leave. They gave me notice then broke back into the house and squatted. Mr. Dunaway and his staff were kind and patient and optimistic. I needed that hope as I thought my situation was hopeless. Those horrible people, used my backyard as a port a potty and started burning things up. Mr. Dunaway was able to provide the notices to the tenants and negotiations with their attorney. He always answered my emails. It was a pleasure working with him and his staff; especially Marisela. I highly recommend him.
This review is from a person who hired this attorney.
Hired attorney

We had a tenant that just wouldn't move or respond to communications. We found he changed all locks too. This office was quick to reply to all emails and give advice as they could. Very professional and thorough!! Good group to go through. We would definately use them again but pray we never have to,lol. !!!!
This review is from a person who hired this attorney.
Hired attorney

I am a Property Management Professional who has been using Clint's services for problem tenant trouble-shooting and actual evictions for about three years. I have found his advice to be sound and practical knowledge of the process very helpful. I would suggest him to anyone in my profession who wants a more personal approach to the eviction process that the "big box" firms.
This review is from a person who hired this attorney.
Hired attorney

Just what I needed

My wife and I have a rental home in Mesa. Our tenant stopped paying the rent and we were compelled to evict. Marisela Cuevas was our Legal Assistant. She was miraculous. She was always available for phone calls and responded to emails in a timely manner. Well worth the cost because I live in California making it impossible for me to go to court. The attorney appeared for me and gained a judgment on the evicted tenant. Now we have the home back and are preparing it to rent again. Thank you.
This review is from a person who hired this attorney.
Hired attorney

Problem with a home purchase, seller did not disclose a lawsuit.

We had a problem purchasing a home. After spending money on a home inspection, appraisal, and other funds related to purchasing a home. We found out through a title search that we could not get clear title. We were not talking about a great deal of money but the sellers would not reimburse. After many phone calls to quite a few lawyers I found this man that was a pleasure to deal with, cares about his clients, also knows the laws that were broken. Mr. Clint Dunaway Esq. was helpful and was able to settle this case before we went to a jury trial. I am pleased. Highly Recommended!
This review is from a person who hired this attorney.
Hired attorney

I needed help getting my former boyfriend off the title to the home I currently live in that we had purchased together in 2015. After calling several lawyers and getting several different answers or no answers at all about my case, I finally reached out to my community and asked for lawyer referrals. One of my neighbors gave me Clint Dunaway's information and highly recommended him. The moment I spoke with Clint I knew I'd be hiring him. He was very easy to talk to and took the time to explain my options to get my ex boyfriend to sign a quit claim deed. It wasn't an easy thing to do since my "X" has refused to sign it for the last 14 months. Clint was prepared to take it to court if we needed to but after sending him a detailed letter explaining the options my "X" was finally convinced it would be much better to sign over the deed than to fight another year in court. Clint actually cared about the outcome and cared about my well being which I didn't see from other lawyers. I highly recommend Clint Dunaway and will recommend him to anyone that needs a Real state attorney.
This review is from a person who hired this attorney.
Hired attorney
See all reviews

I have known Clint for years, and have full confidence in him. Clint is smart and well prepared. I have no hesitation referring clients to Clint.

I endorse this lawyer. We worked a difficult case together but he remained professional and hardworking.

John O'Brien, Bankruptcy and debt Attorney on May 30, 2014
Relationship: Fellow lawyer in community

Robert Scott, Bankruptcy and debt Attorney on Dec 14, 2013
Relationship: Other

Clint is the type of guy you want representing you. A great human being that will go above and beyond for his clients. He is honest and has amazing integrity! I endorse this lawyer.

I endorse this lawyer. Clint is great to work with and to have has someone to help. He is a good listnener and good at getting problems solved for his clients.

I proudly endorse Attorney Clint Dunaway. He has a very good reputation in the East Valley for being a very capable bankruptcy attorney. Hire him with confidence.

Emily Schlater, Chapter 7 bankruptcy Attorney on May 21, 2013
Relationship: Other

Clint works hard, cares about his clients, and does a great job! Very thorough and professional.

I endorse attorney Dunaway. He has years of experience and has written some terrific Legal Guides that have been published along with to the point and highly accurate answers to questions he has authored at Avvo.com. If you have a bankruptcy law question, he has the answer. I recommend him to you.

I have known Clint Dunaway for years. He is a honest hard working attorney who earns the respect of his peers and clients. On top of it all, he is a friendly listening ear. Clint has my endorsement.

I've known Clint since law school. He was very dedicated then and still is now. Clint is a knowledgeable bankruptcy attorney and he has my recommendation.