Empowering our clients through strategic advocacy.

Danielle is the owner of Hawkes Family Law, a litigation firm focused only on family law issues. Danielle received her law degree in 2010 from the University of Utah, S.J. Quinney College of Law. She is a board member of the ACLU of Utah.

Danielle frequently speaks regarding LGBT rights and legal strategies. In 2015 she spoke in front of approximately 200 Utah judges giving a legal update on LGBT issues at the Utah Judicial Institute. She was asked to return and give a similar talk to the Utah Justice Court Judges at their conference in 2017 and she has again been asked to return to speak about LGBT issues in the Spring of 2020. In 2017 she was ranked as the top 10 under 40 in Utah by the National Academy of Family Law Attorneys. In 2016 she was named to Utah’s Legal Elite by Utah Business Magazine as well as a Mountain States Rising Star by Super Lawyers Magazine in 2016, 2017, and 2019. Danielle has served a six (6) years term on the Board of Directors for the ACLU of Utah, which included one year as vice-chair and two years as the chair of the Board. She is also a member of the Family Law Executive Committee of the Utah State Bar and is serving as the secretary on that committee.

After graduating from law school Danielle served a one-year fellowship in Washington DC with Georgetown Law and the Law Students for Reproductive Justice working in women’s and immigrants’ rights with the National Latina Institute for Reproductive Health.

During law school, Danielle was a staff member of the S.J. Quinney College of Law’s Journal of Law and Family Studies where she published two notes. The first, Locking up Children: Lessons from the T. Don Hutto Family Detention Center, explores the emerging trend of detaining immigrant families, including very young children, in private for profit detention facilities. The second, Elective Surgery: When Parental and Medical Opinion Supersedes a Child’s Right to Choose, discusses discretionary medical procedures for children including hysterectomies for physically disabled children, cosmetic surgery for children with Down’s syndrome, cochlear implants, reparative therapy, and psycho-altering drugs. In addition, she competed in the Pace National Environmental Law Moot Court Competition where she won two best oralist awards.

Danielle served as the student coordinator for the Guadalupe Legal Clinic, a low income legal clinic, and was a co-founder of Rainbow Law, a free legal clinic focusing on LGBT law in Salt Lake City, and as the president of OutLaws, S.J. Quinney’s queer student group. She also served as a legal intern at the American Civil Liberties Union of Utah (ACLU of Utah) and worked as a law clerk for Strindberg & Scholnick, LLC, an employment discrimination law firm.

Upon graduation from law school, Danielle received the Outstanding Law Graduate of the S.J. Quinney College of Law Award from the National Association of Women Lawyers and a runner up award from the National LGBT Bar Association. Before attending law school Danielle lived in São Paulo, Brazil for one year as a Rotary exchange student, served as an intern at the Brazilian embassy in Washington, D.C., and worked as a senior business analyst in the insurance industry. 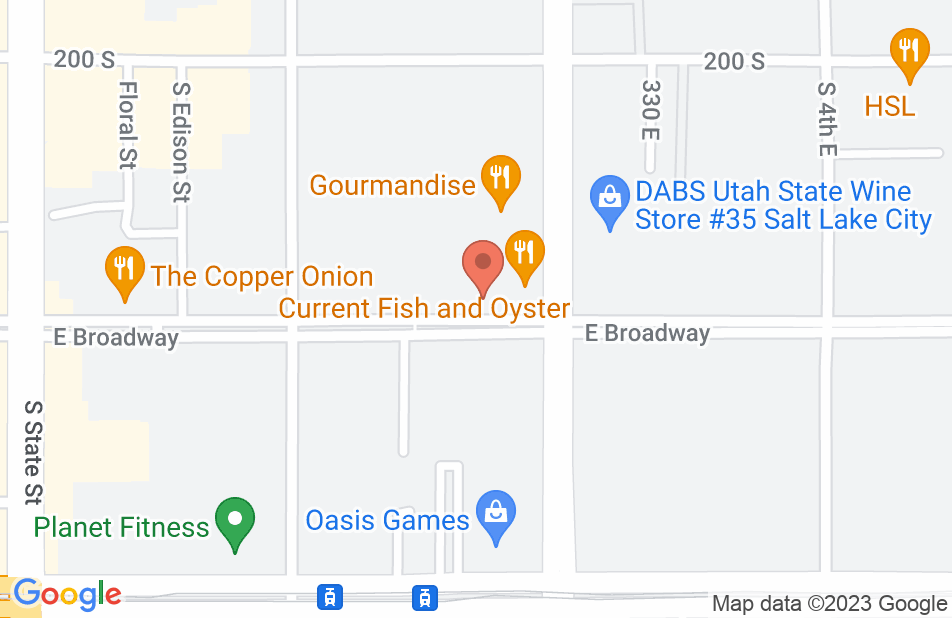 Professional, helpful, and easy to work with

Danielle was recommended to me by a friend since I no longer live in Utah and needed help quickly. Danielle was able to see me very quickly and knew just what needed to be done. At our first meeting she explained to me what would need to be done in my case and provided what next steps would be and the options on where things might progress from there. She was easy to talk to and made me feel very comfortable. One of the things that I was most thankful for was that she was able to handle most everything for me so I did not have to stay in Salt Lake and so that I could return home and get back to work. She was also very good at working with me to help find options to help bring down the cost by suggesting places where I could take care of things myself without bringing in third parties that would have cost extra. Her fees were very reasonable and the billing statement was easy to understand. I left Salt Lake feeling much more at ease because I knew that my case was in good hands. Once back home she was easy to deal with either by phone or by email. If I ever need an lawyer in Utah again she will be my first call. She did a wonderful job for me and I would recommend her in a heartbeat.

Danielle was recommended to me as someone who was low key and easy to work with. 100% true. I used her for my divorce and she could not have been easier to talk to and worked with me to get what I wanted, an easy, quick divorce. Would recommend her to anyone! Thanks Danielle!
This review is from a person who hired this attorney.
Hired attorney

Tardy in my review, but I owe it to her. One in a million.

It has been three years since I worked with Danielle. I should have written a review then. I owe it to Danielle to rectify this, having just referred someone to her. Danielle took an absolute mess created by other, less ethical (and far more "name-brand") law firms in the area and worked tooth and nail, with endless energy, above and beyond the call of duty, to help all sides to arrive at sanity and fairness. She was generous in her restraint when billing, all, while maintaining an impeccably stable, reassuring, personable, yet professional demeanor throughout. Danielle's ethical compass and stamina are unmatched. She navigates impossible situations of internecine warfare with attention, care, and integrity. I will be forever in her debt. Beyond that, upon reflection I have come more and more to admire her as a professional as time has passed. Danielle is the real deal. Call her.
This review is from a person who hired this attorney.
Hired attorney

Danielle is amazing and worked hard for my case. She put in a lot of work to get the results we felt were fair. I highly recommend her
This review is from a person who hired this attorney.
Hired attorney

Under the very best circumstances divorce is hard. Thank you Dani for making this as easy as it could be on me and protecting my interests along the way. You are amazing and my #1.
This review is from a person who hired this attorney.
Hired attorney

Divorce is incredibly stressful, right up there with the death of a loved one, losing a job, a home foreclosure or bankruptcy. If divorce is your last or best option, in my humble opinion, there is no better attorney to have in your corner than Danielle Hawkes. She is meticulous, experienced, knowledgeable, and empathetic. Her co-council, Justin Hamady is also amazing. Thank you again...I can breath again.
This review is from a person who hired this attorney.
Hired attorney

Besides being very kind and professional, Daniel is very organized and uses your and her time efficiently. She handled issues very nicely, didn’t let any unnecessary tension.
This review is from a person who hired this attorney.
Hired attorney

Danielle came to my case after my previous attorney made some mistakes. She quickly and easily cleaned these mistakes up and built a great relationship with opposing counsel in order to settle the case in an amicable and affordable manner. She understand the pain points and managed the personality of opposing counsel in a way that was quite successful and surprising. I would recommend her highly.
This review is from a person who hired this attorney.
Hired attorney

Danielle has been worth the investment and professional and honest every step of the way. She had our child's best interest at heart, as well as a few needs of our own. I would highly recommend her to anyone, as she is extremely knowledgable!
This review is from a person who hired this attorney.
Hired attorney
See all reviews

Dani is an expert in family law. She not only uses her knowledge to represent her clients; she is generous in sharing her knowledge with other attorneys. She is a shining example of striving for personal excellence, while encouraging and elevating your peers.

I consider Dani a subject matter expert in family law. Her knowledge and experience informs her when to fight and when to settle. I have always found her to be the consummate professional. I have referred prospective clients to her and will continue to do so.

Matthew Bell, Divorce and separation Attorney on Jul 6, 2018
Relationship: Worked together on matter

I endorse Danielle. Dani is an excellent attorney. She is intelligent, knowledgeable, reasonable, and a zealous advocate for her clients.

I endorse Danielle. Dani is an incredible and knowledgeable attorney, a great mentor, and a wonderful person to be around. She cares about her clients and shows true integrity in her work.

Dani is a wonderful attorney. She has incredible negotiation skills. I have referred many people to her for family law matters.

Dani is a terrific lawyer. She has great judgment and enjoys a good reputation in the legal community. I highly recommend her.

She is a "bulldog with lipstick" in court. A very conscientious lawyer who takes care of her clients.

Danny has tenacity and wit and she thinks and looks outside the box for solutions. She's a great attorney who really cares for her clients best interests.

I endorse this lawyer. A kind "pit bull!" Knowledgeable and caring-- who will fight tooth and nail for persons and causes she believes in. One who you definitely want in your corner!

Christopher Wharton, Employment and labor Attorney on Sep 13, 2013
Relationship: Worked together on matter

Danielle is an experienced and well-informed advocate, particularly in the area of employment law. She is passionate about ensuring and workplace equality and just compensation for her clients. She is my go-to person for all employment law issues and I highly recommend her services.

Danielle is a very passionate and skilled attorney who fights hard for her clients. There is no "small case" to her, and she approaches everything she does with optimism, enthusiasm and a very professional attitude. These attributes translate into consistently excellent results for her clients.

Danielle is a dedicated attorney who works hard to get justice for her clients. I have referred friends and clients to her in the past and do so without hesitation. I wholeheartedly endorse her as a lawyer.