Jesse began his legal career working for the Salt Lake District Attorney in 2008, but quickly learned that he’d rather defend someone who made a mistake rather than put an innocent person in jail. His interest in helping people at their worst moments comes from his belief that every person, regardless of their background or crime, deserves the best defense. He joined the Salt Lake Legal Defender Association (LDA) in 2012 where he excelled at achieving excellent results for his clients, despite at times having the highest caseload of any attorney. Recognizing his legal skills and ability to teach others, Jesse became LDA’s intern coordinator. He was responsible for training law students from the University of Utah and Brigham Young University on practicing criminal defense. Jesse’s passion for helping people at their worst moments persuaded Jesse to form Conyers & Nix.

Jesse was recognized for his legal expertise when he was nominated to become a Judge in the Salt Lake City Justice Court. After he was not selected by Mayor Jackie Biskupski, Utah Governor Gary Herbert appointed Jesse to serve on Utah's Third District Judicial Nominating Commission where he interviews lawyers applying to be trial judges. 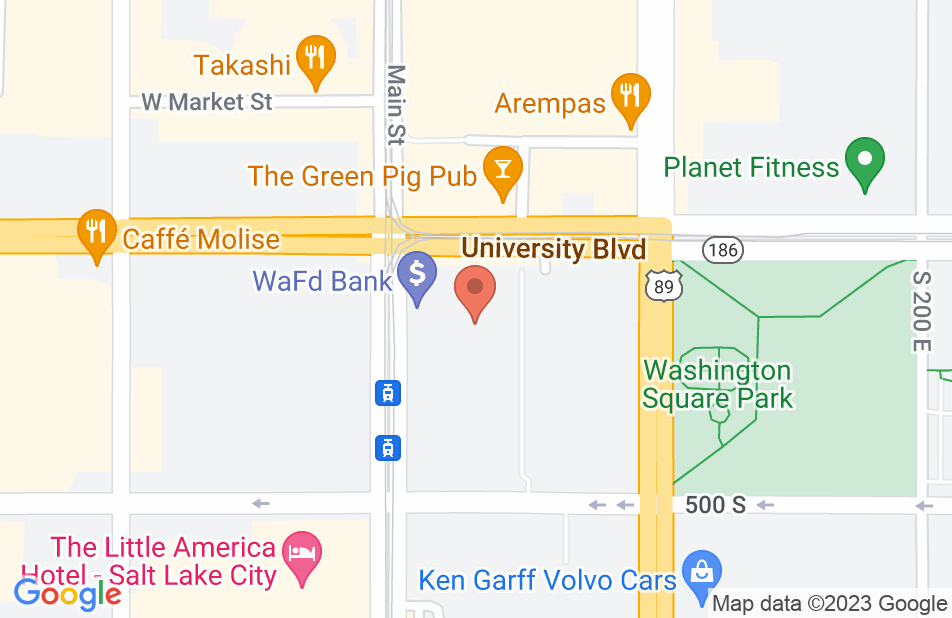 Jesse Nix was able to complete my expungements. He was reliable, communicative, and fast. His services are affordable, especially with the payment plan options provided. The platform to communicate is user-friendly and easy. So glad I worked with him. Highly recommend him for legal services!
This review is from a person who hired this attorney.
Hired attorney

Jesse Nix is an incredible defense attorney. He really knows what he wants and how to get it. It has been an absolute pleasure working with him and I could not be happier with the results. He is extremely smart and honest and does not waste any time. I highly recommend him to anyone seeking legal advice and I will use him any time I need an attorney.
This review is from a person who hired this attorney.
Hired attorney

On his professional website it reads; "Conyers and Nix treat every client with the respect, dignity, and compassion that they deserve. Our clients know that we're on their side." This literally was my experience with Jessie Nix in his legal representation for my defense. Nix's representation was life saving that destroyed all negative prosecuting hysteria. His work for my defense was worth every penny; bringing the peace back into my life that I well deserved! Nix is more than just a defense attorney earning a living, he stands for tender humanity!
This review is from a person who hired this attorney.
Hired attorney

I retained Jesse to assist with a domestic legal issue. He provided sound legal advise and expedient service which ultimately resolved my situation to my benefit.
This review is from a person who hired this attorney.
Hired attorney

I was unfortunately charged with a ridiculous misdemeanor, and Jesse went above and beyond to make sure it was reduced. Jesse was able to reduce my charge to an infraction and get me a plea and abeyance. It will soon be completely removed from my record. I like doing business with people who under promise and over deliver, and that is exactly what he did. I can't thank him enough!

Jesse is smart. He is also creative and communicates well with law enforcement and judges alike. He has more experience than most attorneys practicing criminal law. More than that, Jesse has cajones. He works hard for clients and is bold. I fully recommend him.

Jesse is a creative, passionate, hard-working attorney. I have seen him in all kinds of criminal hearings and he is always prepared and advocating effectively for his clients. If someone close to me were charged with a crime, I would recommend Jesse without hesitation.

Jesse is an excellent attorney. He is passionate about what he does and is willing to get involved in "extra curricular" activities with the Utah Bar Association and with the Utah Association of Criminal Defense Lawyers. I have seen him moderate "The Promise of Gideon", which was a forum where professors and legal scholars gathered to discuss how we can better serve the indigent community. Jesse also has a very warm and welcoming personality, making him easy to relate to. I would definitely trust him with my case.

I endorse Jesse. He is a highly skilled attorney that is well respected in the legal community.

Jesse is a smart and passionate lawyer who seeks justice at every turn of a case. He is also very accessible to his clients in a friendly and thoughtful way. I would refer a friend or family member to Jesse without hesitation.

Jesse is passionate defense attorney who works hard for his clients. I do not hesitate in recommending Jesse.

I recently had a family member approach me on behalf of a co-worker that had been charged with a crime. The implications of a conviction were severe: deportation was possible. Because I don't deal in Criminal Defense, I decided to provide a referral for the would-be client. I immediately thought of Jesse. Jesse immediately took control of the case, counseling the client, and eventually working out a plea agreement that avoided any longterm implications. I highly recommend Jesse for any and all criminal matters.