Michael Holje is an associate attorney at Brown, Bradshaw & Moffat and has practiced law since 2003. His practice includes criminal defense, related administrative and professional licensing matters, and actions before the Utah Board of Pardons and Parole. He regularly defends a wide variety of misdemeanor and felony offenses, including DUI, drug and alcohol charges, sexual offenses, domestic violence and theft. Michael graduated as a William H. Leary Scholar from the University of Utah S.J. Quinney College of Law, and he was an editor of the school's Journal of Land, Resources, and Environmental Law. Prior to graduation, he worked as a law clerk at the U.S. Attorney's Office in the criminal division and later at the Salt Lake Legal Defenders Association in the appellate division. He joined Brown, Bradshaw & Moffat after graduating from law school. Michael is a member of the Utah State Bar and is licensed to practice before all Utah state and federal courts as well as the Tenth Circuit Court of Appeals. Michael is a member of the Utah Association of Criminal Defense Lawyers and the National Association of Criminal Defense Lawyers. He has twice been selected by his peers as one of "Utah's Legal Elite." 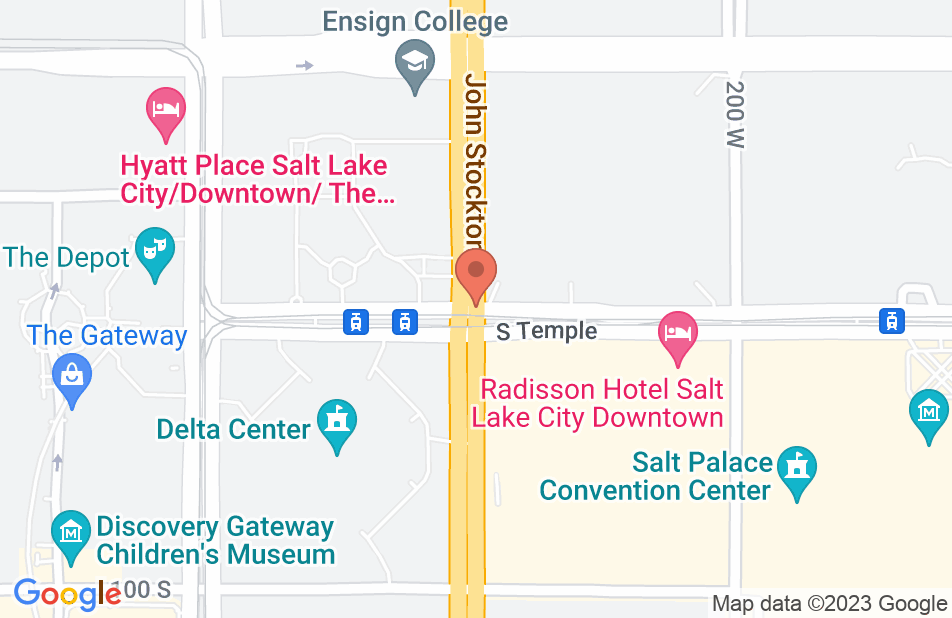 Mr. Holje knows the law, tells the whole truth, and has impeccable manners. It's a beautiful thing to see when a career and passion come together. It was a good feeling to know that my son was in the hands of a good lawyer because he knows the law and a great lawyer because he knew the judge. Credibility in speaking up for those who cannot speak up for themselves.
This review is from a person who hired this attorney.
Hired attorney

Michael was very honest, he had integrity which is hard to find today in society. He made me feel that he put my situation on the top of his to do list. I gained a friend and would recommend him to anyone who seriously wanted great representation. But first the client needs to be totally honest with Michael otherwise your wasting his time and talent.
This review is from a person who hired this attorney.
Hired attorney

Michael was meticulous on every detail of my case! He followed through on everything he said he would. Would HIGHLY recommend him!!!!!
This review is from a person who hired this attorney.
Hired attorney

Very up front with everything. Never failed to put all the cards on the table and fully inform you of your options. The whole process was streamlined and as stress free as could be. Would not hesitate for a second to consult with or hire again.
This review is from a person who hired this attorney.
Hired attorney

Michael is magic. My original case was dismissed without prejudice, (meaning it could come back). Michael was able to get the case dismissed WITH prejudice, (meaning it can not be re-opened), and subsequently expunged from my record. Through this entire process, Mike kept me informed, told me what was happening, discussed possible outcomes and overcame objections offered by the prosecution. I was completely and thoroughly satisfied with his efforts, communications, and results. Bye the way, Micheal is a local expungement expert having published articles on the process in Utah. He is a great criminal defense attorney, and I can not recommend him highly enough.
This review is from a person who hired this attorney.
Hired attorney

Mike was referred to me by my previous lawyer and it was one of the best referrals I have received in life. Was in need of a speedy and clean expungement from a small discretion in my past. This was needed quickly as I surprised with a background check for a potential client and couldn't have my reputation ruined for something that happened many years ago and was in the past. Mike was more than effective in helping me get things done in a timely manner, expediting where he could to reduce the timeline, and making sure all my bases were covered. I was able to successfully pass the detailed background check thanks to Mike's knowledge and hard work. Would recommend Mike to anyone looking to get an expungement done and would tell you he was worth every penny and I wouldn't blink twice about hiring him again or referring him to friends/family. Mike is a true professional and great person! Mike was also a very nice guy and cared about me as his client. Answered my calls and emails, talked me through my options, and was the expert I was looking for. These are rare qualities in an attorney and it made working with Mike even better. Mike's law firm also represented me on my previously mentioned discretion, and that was also a great experience. Would recommend this law firm to anyone looking for talented and passionate lawyers to get the job done!

When they tell you it CAN'T be done - Get Mike Holje!

Mike literally saved my life! I was a convicted violent felon with drug/gun history to boot. I spent years turning my life around - went to college, earned a master's degree and graduated Magna Cum Laude as an undergrad. But nobody would give me a chance to prove myself. Mike helped me turn that around. He believed in me, and he got the State of Utah to believe in me. My felony was not expungeable, but Mike got the State to agree to reduce it to a misdemeanor - thus making it eligible. Today, I have NO criminal record and am employed in a management position with a very reputable company. I cannot emphasize enough to anyone who needs help out there, that when nobody can help you - Mike Holje CAN! I owe him so much more that this review could ever provide. If you need an expungement, this is your attorney. Call him right now, and don't waste your time talking to anyone else like I did before I met him. There was literally NO attorney in the Salt Lake area who could help me. I had all but given up when I met Mike. He's open, honest, realistic, and down to Earth. To say that I recommend him would be the greatest understatement of my life. If you need an attorney, you need Mike Holje. Thank you Mike!

My case ended in a success. My expungement was questionable considering it was considered domestic violence. However, after the District Attorney's objections to the expungement, I was cleared. After years of paying my debt back to society, lost income, unable to get past background screening, my misdemeanor was cleared from my record. Thank you Michael.

A DUI is one of the most humiliating and terrifying experiences that we can go through in Utah and you want a lawyer like Mike to help you through it. For full disclosure, Mike was completely successful in representing me in my DUI so of course I'm very pleased with my experience. He is a very subtle and competent professional. He is also a very decent and compassionate human being. Some observations which may help your decision to choose Mike are discussed below. Mike is very direct in his delivery of information. Expect to understand the possible repercussions of your charges. This can be very scary but necessary for your decision making. Mike doesn't try to make decisions for you, he informs you and gives you the choice about how to proceed. This was a challenge for me because I had expected to be led more, however, it made me more engaged in the process and understanding of my case. If you are a money conscious person, ask questions about how much time things will take to do. I'm sure lawyers don't like to be nit-picked, especially when they are successful in representing you but it is important to understand where your money is going and transparency is key to trust. I questioned my billing and received a prompt response from the accounting department. I recommend reading anything that your lawyer sends you thoroughly. Write down what you think you understand as well as questions that you have. Clarify both when you talk to your lawyer again, that way you can proceed with your decision making knowledgeably. Try to abstain from emailing or calling your lawyer unnecessarily. Your case is going to be on your mind constantly but every time they are reading and responding to your emails/calls, they are charging for it. I recommend consolidating questions and emails over time and sending well thought-out emails with clear requests for information. Thanks Mike for your representation.

Mr. Holje is an excellent Attorney. He took our case and did not hide anything from us. He told us exactly the worst possible scenario. He is a straight shooter and is very upfront. Sometimes his no BS approach was hard to listen to, because it was scary to hear what could happen according to the Law, but it was necessary to be honest so there wouldn't be any surprises when it came time for sentencing if the case were to get that far. He told us what we should do that would help us have the best possible outcome and I believe we got that with him and he truly cares about his clients. I would recommend him to anyone looking for great, knowledgeable representation. We hired Mr. Holje in March of 2012. The moment we walked into his office and started talking to him, we knew we had made the right choice for a Criminal Defense Attorney.
See all reviews

Mike is the kind of attorney who is going to take the time to listen to your case carefully and find the best possible solution. He is smart and thoughtful and I would recommend him to anyone looking for a skilled attorney.

On several occasions I have seen Mike in action and discussed cases with him and I have learned new skills and tactics each time just by watching him. I would recommend him to anyone.

Mike is a talented criminal defense attorney. He fights vigorously in court and is dedicated to getting the best result possible for his clients. I do not hesitate when recommending Mike.