Tracy McNeill Pullan graduated with a Bachelor of Arts degree in Anthropology from the University of Texas, Austin in 1999.  After working and travelling abroad, she made a life changing decision to follow a long family tradition of becoming a lawyer.  She attended the University of Houston Law Center.  Much like her great grandfather Frank B. Potter, U.S. Attorney for the Northern District of Texas, she found herself called to public service and accepted a job with the Montgomery County District Attorney’s Office as an Assistant District Attorney (ADA.)

While serving as an ADA, she spend time in the Justice of the Peace, Misdemeanor, and Felony divisions where she gained valuable insight into the inner-workings of the Montgomery County criminal justice system.  Ms. Pullan was selected to act as Chief of the Misdemeanor Division, managing and training prosecutors in their prospective courts.  She gave specific training on Driving While Intoxicated cases, and worked closely with law enforcement by aiding in their training in the field.

Ms. Pullan tried over 50 trials as a Prosecutor, ranging from Capital Murder to Class C Misdemeanors.  Additionally, she reviewed and investigated thousands of cases on behalf of the State of Texas.  After six years of service, Ms. Pullan left the office under the title of Division Chief.

Ms. Pullan was a founding partner of Maginnis Pullan & Young, P.L.L.C.  In April of 2016, Patty Maginnis was elected as Judge of the 435th District Court.  Ms. Pullan and Mr. Young continue in their carreers to compassionately and aggressively defend those accused of crimes in Montgomery County, Texas by forming Pullan & Young, P.L.L.C.  Ms. Pullan has defended all types and levels of criminal offenses ranging from DWIs to Aggravated Assaults.  She has protected falsely accused clients from becoming registered sex offenders, and fights tirelessly to protect the records of young clients from having a permanent criminal record.  No matter the type of case, Ms. Pullan will defend that person to the fullest extent.

Due to her training and experience as a Prosecutor, combined with the relationships she has forged with Judges and Prosecutors alike, she has been able to achieve tremendous results for her clients.  Her strongest attributes are her strong work ethic, her ability to simplify complicated issues, and her deep rooted believe in justice. 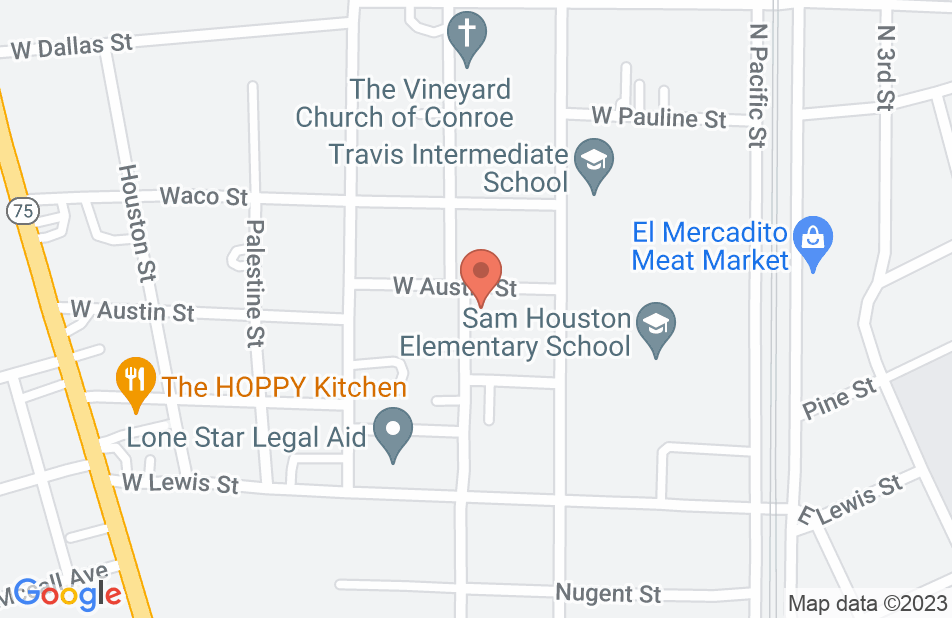 I would absolutely recommend Tracy Pullan for any judicial issue that falls in her area of expertise! I value people that demonstrate characteristics of integrity, understanding, and responsiveness, and Tracy meets all of these. She is extremely knowledgeable in her field and is tireless in her endeavors. She looks out for her client's best interest, is informative and doesn't over promise or under deliver, period. I will easily tell anyone I know that may be in a pickle to seek counsel and advice through her, or at least, have that first initial conversation with her.

I hired Tracy after I had hired then dismissed another attorney in Conroe. Talk about night a day differences. Tracy is very informative and ready to answer any questions I had. My previous attorney talked a big game before I retained them and after they got my money I was never able to get them on the phone unless I waited days for a return call if it ever came and was always talking to the law firm secretary. I wish I would have hired Tracy first. Her approach gave me peace of mind and confidence. She did more work for me in the free consultation than my former counsel did in all the previous months I had retained them, including getting the offense report and getting bond conditions reduced.
This review is from a person who hired this attorney.
Hired attorney

Been meaning to post this for awhile but I just been busy getting on with life but I felt I needed to share this for anyone looking for a lawyer that not only works hard and knows what she’s doing but is also a person first that goes way beyond her duties! Even after my case was over she continues to help me and give advice! Every single time I had a question she was there I was able to call or text at any time and always get a response she worked with me and kept me informed every step of the way, made sure I was completely satisfied with everything along the way and even went further than I had asked or hoped for in my case! Tracy is the best experience I have ever had with a lawyer! I’d recommend her to any one in need of her services, she even covered an additional case outside of where she practices as a professional courtesy because I was already a client and in need of great help! Dnt just take my word call and see for urself conscience of ur budget and ur particular situation she can and will help past ur expectations! Thanks so much Tracy! Sincerely Captain
This review is from a person who hired this attorney.
Hired attorney

Tracy and her team did a great job with my case. They exceeded my expectations for service provided by an attorney. I would definitely hire her again if needed.
This review is from a person who hired this attorney.
Hired attorney

Tracy is amazing. From start to finish, she made me feel she truely cared about me. She responds to texts and calls almost immediately. She is not the type to talk you into taking a deal if she feels that she can get a better outcome for you. I hope i never need a lawyer again, but if I do, i would only use her!
This review is from a person who hired this attorney.
Hired attorney

Just what we were looking for

I recently spoke to Ms. Pullan and I can just say thank you!! I had spoken to other lawyers before her. The first lawyer never replied or answer his phone the other was so cold, he did not ask that many questions nor really sounded very interested. I would say that he was the type of lawyer I would expect to get. However, Ms. Pullan was the type of lawyer that I was hoping to have! Even while it was just a phone call for a consultation she not only answered my questions but asked me more questions and gave me options of what to do before deciding if I needed a lawyer or not. Thanks a bunch!

Tracy Pullan was recommended to me by a fellow colleague and I have not been disappointed. Tracy is very diligent, honest, and always acts on your behalf with great integrity. She does not overpromise and undeliver like other attorneys and always exercises full transparency. Tracy has handled several cases for me and I highly recommend her as a great attorney.

Tracy is fully knowledgeable about how Montgomery courts are managed. She crafts her message very well. She made me feel very confident about her abilities to make my case go away. I am very pleased with the results of my case. She is tough. She will get the job done. You have to be patient. This is a slow legal system.

As a former prosecutor, I'll say that Tracy was one of the most frustrating attorneys I ever tried a case against. In the legal field, this is a compliment! She's good at her job and knowledgeable about all aspects of criminal law.

I have had the pleasant opportunity to see Tracy in action as both a prosecutor and defense attorney. She is an excellent trial attorney. She gives her clients great attention and gets fantastic results. I would highly recommend Tracy to anyone who needs help with a criminal matter.

I endorse Ms. Pullan. She is an intelligent, hard working, and skillful advocate for her clients.

Tracy is a fantastic lawyer with a great reputation in the criminal defense legal community. I have tremendous respect for her and I wouldn't hesitate referring her to others if necessary. In short, she's a class act all the way.

Ms. Pullan is a winner. She represents her clients to the fullest. She is savvy, efficient and professional. You can trust her to handle your case with concern and care. I recommend her without reservation.

As a former prosecutor and DA, Ms. Pullan has a far reaching reputation in the legal community has a premier defense attorney. I strongly endorse her.