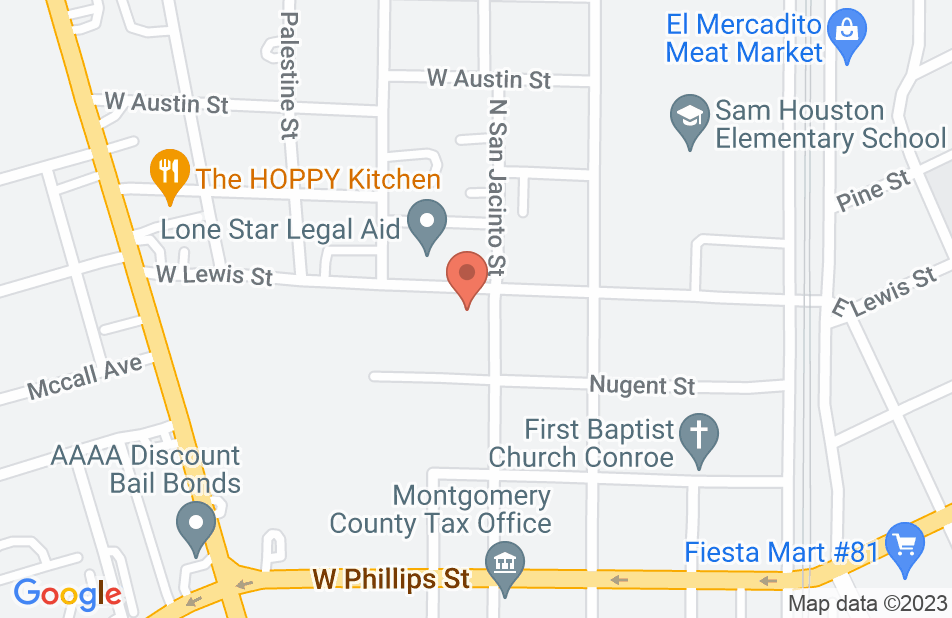 Mr. Ray was a great lawyer. He worked very hard to resolve my case. Instead a jail sentence I got a probation. Very dedicated and hard working. Definetly recommend his services to anyone that is in trouble. Great job!!!!!!
This review is from a person who hired this attorney.
Hired attorney

I've hired tony on two separate occasions. Both for felony aggravated assault. I have two felony convictions already and I was looking at prison time for a charge that was difficult to prove either way. But Tony really came threw and I've gotten two charges dismissed thanks to tony. If you hire Tony you must know one thing, he's not the kinda lawyer that's going to BS you and tell u what u want to hear. In fact he's hard to get on the phone half the time it can be frustrating but he's got your case in mind and is going to fight for you like no other.. the office personnel is great they are honest and will work with you on your case if possible.. Tony is the kinda lawyer you want if your fighting a case and want a lawyer that knows law and knows how to deal with the prosecution.
This review is from a person who hired this attorney.
Hired attorney

THIS IS YOUR GUY!!

What an awesome attorney, I love this guy! He’s the kind of person you want in your corner when your back is up against the wall. I’ve never had a case dismissed in court before I met Tony. I’ve had several less than favorable experiences in the court room, but this wasn’t one of them. He not only got my case dismissed but he always treated me with dignity and his rapport with the court officials was extremely comforting. Seriously, if you’re looking for competent and reliable representation THIS IS YOUR GUY.
This review is from a person who hired this attorney.
Hired attorney

I have known Tony professionally for over 14 years, and know him to be a qualified and professional criminal defense attorney.
This review is from a potential client who consulted with this attorney.
Consulted attorney

My son was charged with a DUI and Mr. Duckworth immediately recognized that he was a good kid that just made a mistake. Went out of his way to make us feel comfortable and he quickly got a result we were incredibly thankful for. My son is doing very well and Mr. Duckworth helped him so much. HIGHLY recommend!!!
This review is from a person who hired this attorney.
Hired attorney

I had been charged with a 1st degree felony and originaly had a diffrent lawyer for almost 3 years before i met Tony. He did everything he said he finally got the process. To speed up and got the case dismissed very easy to talk to and very understanding. Thanks Tony!!!
This review is from a person who hired this attorney.
Hired attorney

had possession case i was very guilty of, but the search was illegal and he got whole case thrown out. recommend to anyone and everyone who needs a defense attorney in Montgomery county.
This review is from a person who hired this attorney.
Hired attorney

Hired Duckworth for direct representation of my case. Once I hired him he became completely unavailable. The court process was never communicated. Calls to understand what was happening went unanswered. At court dates he either showed up late or not at all. He failed to present available data in an effective manner to the court to allow for early dismissal. By second party information and by other individual representation the case was disposed in my favor. I found it very difficult to work with Duckworth, due to his inability to communicate effectively, his lack of engagement ( he was never accessible), and thoroughly poor follow-up. That is, after a trial date and future setting with the court, he never debriefed or discussed or proposed legal strategies to allow for an effective defense. When an event was to happen, e.g. court discussion, pre-trial hearings, negotiations with opposing counsel, information related from the court or opposing counsel. I never heard anything from Duckworth. It would have been very helpful for him to contact me and provide a short brief on what was happening, what needed to occur, and what additional information or evidence was needed. In urgent situations, that occurred only 2 times to provide needed urgent and critical legal information to Duckworth, it would have been very helpful if he had a manner in which access to him could be accomplished with alacrity. The information was not transferred in a timely fashion due to his inaccessibility and as a result complications occurred that should not have happened. In my case the disposition of the case was altered and I was disadvantaged, since the important information could not be related to Duckworth in a timely fashion. He simply has to make himself available for brief discussions with his client and maintain engagement on a more routine basis than he does. Having the client participate is much more effective than going it alone and creating a pathway to allow critical information to be delivered to him is very important in legal representation.
This review is from a person who hired this attorney.
Hired attorney

I endorse this lawyer. I have worked with Mr. Duckworth on several matters and have found him to be very capable. I recommend you contact him should you have a legal need.

Tony is an outstanding lawyer. I worked against him as a prosecutor and with him as a defense lawyer. If a family member were in legal trouble I wouldn't hesitate to have them call Tony.

Tony is a great attorney. He treats his clients well and has a deep understanding of the law. I've worked on cases where he represented the co-defendant, and I found him to be highly professional and knowledgable of all facets of the case.

Tony works tirelessly for his clients, accomplishing fantastic outcomes. I have had the opportunity to work with him on many occasions and I endorse him without hesitation.

I endorse this lawyer. Tony's keen insight and thoughtful demeanor make him an excellent choice.

I have known Tony professionally for over 14 years, and know him to be a qualified and professional criminal defense attorney.

I endorse this lawyer. I have worked with Mr. Duckworth on several matters and have found him to be very capable. I recommend you contact him should you have a legal need.

Tony is an outstanding lawyer. I worked against him as a prosecutor and with him as a defense lawyer. If a family member were in legal trouble I wouldn't hesitate to have them call Tony.

Tony Duckworth genuinely cares about the results he obtains for his clients. He's knows how to negotiate and advocate for his clients for impressive results.