Dustan J. Abshire is a lifelong Lake Charles resident and a graduate of Barbe High School. Dustan began his career with the Calcasieu Parish Sheriff's Office after high school and stayed there for 15 years. He spent time in corrections, patrol and as a detective in the Sex Crimes/Severe Child Abuse Unit.

After passing the bar exam, Dustan was given the opportunity to serve as an Assistant District Attorney for the Calcasieu Parish District Attorney’s Office. Currently, he was a felony prosecutor handling a wide variety of cases.

Dustan joined the law office of Bryant, Sigler, & Abshire, L.L.C. where his private practice focuses on Family Law involving matters of divorce, child custody, child support, wills, and successions for the people of Southwest Louisiana that are in need of assistance.

Dustan is passionate about both areas of law because they both provide opportunities to genuinely help people in need. Dustan has been a lifelong public servant.

While at CPSO, Dustan obtained a Criminal Justice degree from McNeese State University and went on to graduate from the Mississippi College School of Law in Jackson, Miss. He received a Doctorate of Jurisprudence and a Civil Law Certificate. His career with the Calcasieu Parish District Attorney's Office began in June 2014 as an intern. Shortly after, Dustan was an investigator up until he was admitted to the Louisiana Bar in April 2015.

Dustan has been married for 15 years and has one son and two stepdaughters. He served on the USSSA Board for baseball from 2008-2011 and has been a member of the Knights of Columbus with Our Lady Queen of Heaven. 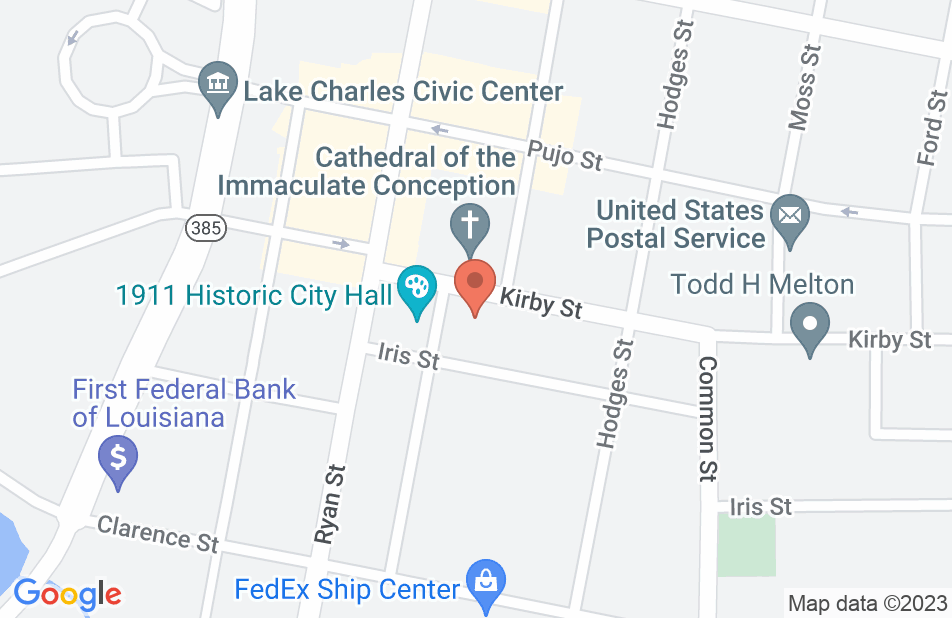 Dustan was my lawyer for my custody case. I was so worried about having to hire a lawyer and deal with all the headaches. Dustan made the experience as easy as it could be! I had so many questions and they were all answered. I was never left in the dark or had any suprises. My case was resolved exactly the way we discussed. I highly recommend him and will never use anyone else!
This review is from a person who hired this attorney.
Hired attorney

Dustan is very fair with his pricing. He handle with problems very fast and timely. Dustan new is law and gave me very good advise. I would very much use him again.
This review is from a person who hired this attorney.
Hired attorney

I am not able to express in words how GRATEFUL I am to and for Dustan Abshire and his team! From the first consultation he has gone above and beyond, the world needs more dedicated people like them. He is kind, caring and passionate about his work. His prices are very reasonable. For the effort and care he puts into your case he could easily charge much more and that in itself speaks volumes. I had hired another attorney who was very skilled but just wasn’t the right fit for my particular situation. Hiring Dustan renewed my hope and truly changed my life. If you’re looking for someone who is ethical, caring and dedicated then look no further. Call his Lawfirm TODAY!!!
This review is from a person who hired this attorney.
Hired attorney

My family and I have had to obtain lawyers for different things over the course of the past few years and Dustan with out a doubt has been the best! He goes in and gets the job done! Not to mention him and his staff are so kind and welcoming. I would suggest Dustan to anyone that is looking for legal counsel!
This review is from a person who hired this attorney.
Hired attorney

I met with Mr. Abshire over concerns I had about my current attorney. He answered all of my questions my attorney won’t or doesn’t have time to answer. I only wish I had gone to him first.
This review is from a potential client who consulted with this attorney.
Consulted attorney

Outstanding Lawyer with a big heart

Mr. Dustan and his paralegal Mrs. Angie were absolutely amazing to work with. My case was a child-custody matter. I'll never forget the day i met the them. First i met Mrs. Angie, i immediately got close to her. It was like family at first sight. Then eventually that day i met Mr. Absire. He was coming in from a trial in Court with tears in his eyes. And yet sucked up his emotions and discuss my case with me. I had chills from his sadness. I read Mr. Dustan's and the other lawyer profile and if you did to, you can just imagine what he has seen and been through in the law business. He worked me on his fees. I quickly learned that he is not a heartless lawyer who is all about money and not justice. If children are involved in your case, he is gonna do whatever is best for the children and i admired that about him and Mrs. Angie. They tore my children's father a new one. Everything was in me and my children's favor. We never even had to go to court, everything was nipped in the bud during the hearing. Which i almost died holding in my laughter. Let me explain... his lawyer came out about 10+ times asking him questions about his personal information and and other stuff that he should have know about his client as to where my lawyer came out ZERO times asking me any questions. They kept me full of hope and my mind clear. If the law is on your side you will definitely win your case with this wonderful man and his amazing paralegal. Thank you so much for everything Mr. Dustan and Mrs. Angie
This review is from a person who hired this attorney.
Hired attorney

Dustan was truly sent to me from God! With him there to represent me I grew my spine back! His background, attention to detail and extensive knowledge of my case and the law gave me the confidence I needed not to back down! I am so thankful for him and his staff. I do and will continue to tell the world to call him if they need an attorney!
This review is from a person who hired this attorney.
Hired attorney

Dustan is an outstanding attorney. He is honest, a sharp strategist, and truly cares about his clients. He answered any questions I had in a quick timely manner. He was well prepared, fought and won the biggest obstacle in our court battle. Because of his hard work, I was able to achieve a result that kept my child more safe. I would recommend him to anyone I know needing representation.
This review is from a person who hired this attorney.
Hired attorney

Ever since I met dustan he has been more than helpful, he's understanding, and will help solve problems! Today I had a child custody case that's been going on since 2011 I've went through several attorneys throughout this matter I was recommended dustan and today it's finally closed I got everything I ever wanted and more! I'm so happy and I would recommend him to anyone!!! A huge Thank you Again!!!!
This review is from a person who hired this attorney.
Hired attorney

Exactly what other rating says he does not care . he acted as a pub defender and tuck tale and ran passing my file to real pub defenders off in a diff parish he hopefully has not ruined our lived be careful of him We hired lawyer who knows him says he dont work for pub def office Sounds like he doing favors for dcfs in beauregard parish .we had our rights violated by the state .hes doing nothing . humiliated my husband in court
This review is from a potential client who consulted with this attorney.
Consulted attorney
See all reviews

I have known Dustan since law school. He is an extremely smart and capable attorney. His background gives him that much more of an edge in criminal defense matters. I strongly recommend him for your criminal defense team.

Dustan Abshire worked together with me on several cases during his time as a law clerk for my office. This was when he was still in law school. Dustan demonstrated an advanced level of knowledge, skill, and probably more importantly, sincere care about the client and his/her case. His career has really taken off as a practitioner in Louisiana, and I will not hesitate a moment to fully recommend him.

Dustan is a talented attorney, a zealous advocate, and a decent human. In my experience, this is a rare combination of traits.

I had the pleasure of working with Dustan as opposing counsel on hundreds of cases. He was always fair, easy to work with, and willing to listen to both sides of every story.. Dustan is committed to providing the best legal services possible and I highly recommend him for all legal needs.

I had the pleasure of working with Dustan at the District Attorney's Office. Once he started at the office, Dustan was able to quite literally hit the ground running with very little training or supervision. He understands the legal system and is supremely capable to navigate it. Any client would be in good hands with Dustan at the helm.

Lawrence Corcoran, Divorce and separation Attorney on Apr 13, 2016
Relationship: Worked together on matter

I worked with Dustan at the District Attorney's office in Calcasieu Parish. Nearly 20 years experience in law enforcement prior to becoming a lawyer gives Dustan a unique perspective which is beneficial to his clients. Dustan is driven, hardworking, and stays up to date on the law. I recommend him highly.

I have been opposing counsel with Dustan on many cases. He is always well prepared and diligently represents his client in a professional manner. Happy to recommend him.