Aaron Hommell is one of Mississippi's newer lawyers, but is not new to the field of DUI law. Mr. Hommell currently focuses much of his solo practice on DUI defense work throughout Mississippi, but started as a law clerk in the Mississippi Attorney Generals office while in law school. He clerked under the supervision of the Traffic Safety Resource Prosecutor and Special Assistant Attorney General tasked with DUI and traffic safety laws. After his stint there, Mr. Hommell left to work as a law clerk to Victor W. Carmody, Jr., Kevin T. Stewart, and Lance O. Mixon. While working for these leaders in DUI defense, he learned a different side of the law than the one he had experienced while working at the Attorney Generals office.

Since passing the bar in 2014, Mr. Hommell jumped head-first into representing defendants in DUI cases across the state. He has already represented clients involved in cases before the Mississippi Court of Appeals and the Supreme Court of the United States. In addition to his DUI work, Mr. Hommell has a budding personal injury and appellate practice in Gulfport, Mississippi. 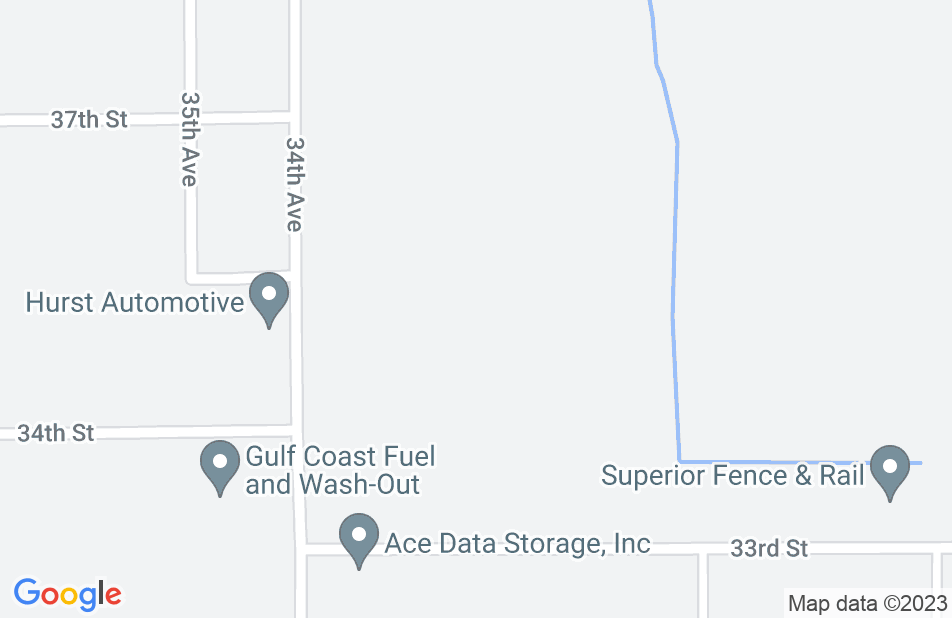 Aaron is absolutely amazing!! I was a nervous wreck and Aaron always spoke to me in a calm tone. He also ensured that my DUI was dismissed. I literally can not thank this guy enough!
This review is from a person who hired this attorney.
Hired attorney

His experience is obvious

When I am seeking legal representation, I look for confidence when discussing whatever area of law I need representation in. Mr. Hommell is very knowledgeable, and he shows it by his ability to quickly answer questions and explain anything which pertains to your case that you need to know in great detail. He helped me tremendously and I would recommend his services to anyone!
This review is from a person who hired this attorney.
Hired attorney

Aaron Hommell is a great, professional, well-rounded attorney. Mr. Hommell represented me in a DUI case in the Gulf Coast Region of Mississippi and fought it down to a complete dismissal. With his knowledge of the law, professional demeanor, determination to win, and out-of-the-way attitude to succeed, he represented me to achieve the goal everyone in this situation is looking for, a dismissal. I would suggest Aaron to anyone looking for a young attorney who has a willingness to win and a genuine attitude towards his clients. Believe in me, Mr. Aaron Hommell is the attorney you want on your side if you are looking for positive results!
This review is from a person who hired this attorney.
Hired attorney

Mr. Hommell is an excellent attorney who was able to expunge records of mine quickly and for a for a very reasonable fee. After shopping around & consulting a few attorneys, I met with Aaron & appreciated the fact that he offers a free consultation. He asked very specific questions & from there advised me on precisely what the process would entail & exactly how his fees were broken down. I felt very confident hiring Mr. Hommell and he kept me apprised and informed every step of the way. I would recommend his services to any friends & family and in the future if I am ever charged with a DUI or DWI I will absolutely seek out Mr. Hommell for his services. He is very friendly, very informative, and highly professional. He was able to answer a variety of questions & advise me on how to proceed in certain other matters. If you have a legal issue or pending matter, My recommendation would be to speak with Mr. Hommell as soon as possible, so that he can resolve the matter as quickly and efficiently as possible. I simply didnt feel confident in other attorneys I met with and I left my meeting with Mr. Hommell confident that he had everything under control.
This review is from a person who hired this attorney.
Hired attorney

Mr.Hommell did more than an amazing job with my very detailed and awful case. Without him I probably wouldn't have gotten my nonadjudication. I'm so glad I decided to hire him to represent me. He did an incredible job and was very professional. I seriously can't thank him enough.
This review is from a person who hired this attorney.
Hired attorney

I was parked in a public parking lot waiting for my ride ( driver ) to come back, when the Police approached me . I had been drinking, but , I had not been driving. Anyway someone had called said they seen a car , maroon Grand Marquee driving eradicate, I drive a Lincoln MKS . Anyway Aaron found a similar case where I was protected by the 4th Amendment 's protections against unreasonable search & seizure. I was in a public parking lot , my car was same color car as what was reported , so what , You didn't have probably case to approach or have contact with me . Aaron is a great LAWYER !!!!! I would recommend Aaron Hommell to any & everyone !
This review is from a person who hired this attorney.
Hired attorney

Mr. Hommell created a comfortable setting for an uncomfortable situation. I had never had any experience in a court setting or the events that lead up to my trial. I was listened to, advised, and supported throughout the entire process of fighting a DUI. I recommend Mr. Hommell on many levels. He was professional, yet caring, and very honest about what to expect and different scenarios or outcomes that may occur. My case closed with success and my charges were dismissed. If not for the assistance of Mr. Hommell, I would not have known how to go about proving my innocence. Although the travel to my location was not local, Mr. Hommell was at my hearings early and sat with me prior to answer any and all questions, while also educating me on the process that was about to occur. All around he assured me I made the right decision in my choice of attorney.
This review is from a person who hired this attorney.
Hired attorney

Aaron's services were invaluable in my dealings with the courts after a first offense DUI charge. He is friendly and helpful and demonstrates an extensive knowledge of and passion for DUI law. I was often surprised at how quickly I received responses to my inquiries and at the degree of personal attention shown. Highly recommended.

Yankee in the Dixie

I took a chance on this young lawyer, and I have no regrets. I retained Aaron's services shortly after he was accepted by the bar. He has a great ability to bring complex matter into layman terms, and provides good examples. He responds accordingly and always provided insight into the matter after listening to a voicemail, there is something to be said about listening to a voicemail these days.

I found the website to be very helpful knowledgeable and it got me a contact with many attorneys in the area in which I was seeking answers I got a ton of answers to my questions and concerns and I'm very thankful to the website
This review is from a potential client who consulted with this attorney.
Consulted attorney

Mary Mendini, DUI and DWI Attorney on Nov 27, 2018
Relationship: Worked together on matter

Was contacted by a client currently living in NC who had drunk driving woes in Mississippi. Another lawyer in MS suggested I call Aaron for a referral- so I did and am glad. Mr Hommell was helpful and freely gave his time even though my client’s matter was to be heard hours away from his office..He gave me a lead on who to refer my client to and I appreciate him, his knowledge and his assistance..

I endorse this lawyer. Aaron is a very knowledgeable about DUI/DWI. His clients are extremely fortunate to have him as their attorney.

Aaron Hommell is one of the leading DUI/DWI lawyers in Mississippi. I often reach out to him for insight on my own DUI cases. He is also very good at appeals and criminal defense, in general. If you are a Mississippian charged with any crime, especially one involving DUI/DWI issues, you would be wise to contact him immediately.

Aaron is extremely well respected and knowledgeable in all areas, but particularly when it comes to DUI defense. On numerous occasions his name was mentioned as someone I should contact regarding any questions I might have in DUI & DWI areas of practice by other attorneys practicing in this area.

Mr. Hommell is a hard-working and intelligent litigator. He's a great lawyer and a great person and is a rising star in the DUI defense world.

I fully endorse Mr. Hommell. He has a passion for representing his clients in criminal matters. Mr. Hommell's representation gives his clients piece of mind in knowing their case is being handled by someone who knows the law and will zealously fight for them.

Aaron is one of the few attorneys I believe has the knowledge and motivation to zealously represent his client’s best interest. He will honestly evaluate your case which allows the client to make an informed decision on how to proceed on their case. I have no reservations recommending Aaron’s services and look forward to working with him on additional matters in the future.

I had the pleasure of watching Aaorn Hommell mature from law clerk to lawyer. Watching him interact with clients, Aaron is not afraid and willing to go the extra mile for all of his clients. I endorse this lawyer.

Aaron Hommell has worked for my office while in law school and now as a practicing Attorney.I have been very careful in training over one hundred Law students as clerks ,who have located all over the United States ,and who by in large have enjoyed a very successful paw practice. There are a few of these Attorney's who my office still works with based on their excellent work ethic and the continued quality of theri representation.Aaron Hommell was chosen to continue his work with us and his clients are now benefiting form the quality of his legal services. Aaron has my highest recommendation.

Aaron Parker, DUI and DWI Attorney on Dec 4, 2014
Relationship: Worked together on matter

Aaron Hommell is one of those attorneys that truly enjoys getting into the finer details of his clients' cases and developing the best defense possible. And the fact that he enjoys what he does makes him that much more motivated to fight for his clients. Having worked for the State and as a defense attorney, he understands both sides of the case and is very knowledgable when it comes to DUIs and criminal defense. I would highly recommend Aaron Hommell to anyone in need of an attorney.

Mr. Hommell's advice is professional and well-reasoned. I endorse this attorney 100%!

Mr. Hommell is an outstanding DUI attorney with a statewide practice. I have contacted him in the past with questions on how to proceed on a DUI case and would not hesitate to do so again. I endorse this lawyer.

Lance Mixon, DUI and DWI Attorney on Nov 11, 2014
Relationship: Worked together on matter

Having known Aaron Hommell for well over a year, and working together with him on a number of challenging cases, I endorse Aaron's legal knowledge, skill, and work ethic without any reservation. Above those, however, I am most impressed with his dedication to the law and his production-oriented mindset in pursuing results for real people who find themselves embroiled in the ever complicated legal system. Aaron has proven himself to be not only an excellent lawyer, but an excellent person as well. Lance O. Mixon