Matt received his law degree from the James E. Beasley School of Law at Temple University in Philadelphia, Pennsylvania. Prior to law school, he graduated from the University of Wisconsin – Eau Claire where he studied Economics, Political Science, and Public Communication and then worked in Madison lobbying legislators, the Governor, and our federal representatives in Washington D.C. Matt is licensed to practice law in the courts of Wisconsin and Minnesota and has been practicing since 2003. In 2003, he became the owner and senior attorney for the Law Office of M.E. Ludt, LLC. Matt has practiced many areas of law, but he narrowed his practice to family law in 2012 and founded Atticus Family Law, S.C. Family law is what he finds the most rewarding. He is committed to being accessible to his clients and being involved in their community. In addition to leading the River Market Community Co-operative Board of Directors, he is a member of many fraternal and local organizations. Over the years Matt has been an active member of several county bar associations, serving on numerous committees. Matt is married with three labradors and twelve chickens. 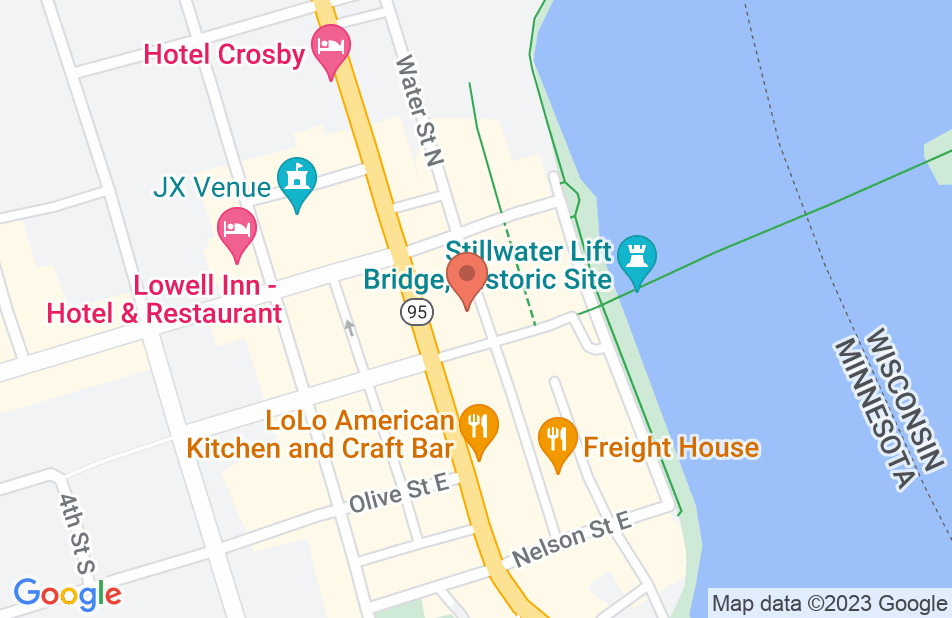 I would highly recommend Matt Ludt from Atticus Law. He took the time to listen to all issues and found clear solutions to move forward on an unresolved divorce settlement. With his expertise and knowledge, I felt confident of resolution. Most of all, I appreciated his manner of conveying legal terms into something I was able to understand.
This review is from a potential client who consulted with this attorney.
Consulted attorney

Matt was a wonderful lawyer and was personable and caring towards me and my children. He made this awful divorce make me stronger. Thank you for all you did.
This review is from a person who hired this attorney.
Hired attorney

HIGHLY RECOMMEND! You need Matt Ludt and Atticus Family Law in your corner!

A close family member of mine used Atticus Family Law for his divorce and custody battle with very complex circumstances. Mr. Ludt always was prepared and it was very evident he knew the file very well through the whole process-he initially represented my family member in MN with a high degree of expertise and continued that degree of professionalism and knowledge when the case was transferred to WI. Mr. Ludt was zealous in is fight for custody and was very knowledgable. He paid attention to our short-term and long-term goals and was mindful of them every step of the way. He was always prompt to respond to our questions and would often provide us with a status update just so we knew what was being done on the case without ever needing to inquire. Working in the legal industry, I have seen many different types of attorneys and their approaches to their cases. Mr. Ludt and his team are as diligent and detail oriented as can be. We have since referred several other friends and clients to Atticus Family Law and will continue to do so. I highly recommend Matt Ludt and his team for anyone in need of a family law or divorce attorney.
This review is from a person who hired this attorney.
Hired attorney

We were referred to Matt to help with our custody case. Our case was complicated as I was in Illinois and my ex lives in Minnesota. His expertise in State-to-State custody cases was exceptional. More so, I felt comfortable because, of all the lawyers we've spoken to, Matt was able to explain every argument from both sides and provide a counter. In the process, he made all the confusion make sense. Matt and his staff were great through the many revisions of our affidavits and did a ton of extra digging and prepping to make sure we were successful. I have never felt so confident that I was not just a paycheck. I have and will continue to recommend Matt to everyone who needs an attorney.
This review is from a person who hired this attorney.
Hired attorney

My family needed help with changing a guardianship for my special needs brother. Mr. Ludt listened to our unique family situation and needs, and helped us to complete this task every step of the way.

No non-sense, Straight-forward and Honest

Matt took on my my divorce case and handled everything State-side while I was overseas. His effective communication and a no-nonsense approach made the process smoother than I thought possible. He facilitated Skype appearances for both the court appearance and a financial review meeting showing an understanding and appreciation of my situation. I am glad I put my trust in him.

Matt was a great asset with a division of a partnership. He knew the law , and helped me to a solution that both parties could live with. I am no longer tied to a business that I had no control over.

When I had my court date Matt made me feel calm and comfortable. I felt well taken care of and my court results were exactly what I wanted!

I was very happy with Matt and his associates in handling my case. He was very sensitive to my situation and helped me manage through it. I liked that his office and associates were fun to talk to and I felt very comfortable going there. It was not the normal cold attorney office like others I have been to. I was treated like an individual and not a client list. He was very intellectual in performing his duties and was impressed by his interaction in handling the case. I would definitely recommend Matt in any court case.

Matt was very professional, provided direct and straight forward anwers without confusing legal jardon. He was accessible via email and phone as needed. I would recommend to anyone.
See all reviews

I endorse this lawyer. Matt has a great reputation in the legal community. He knows the law and he even spends time educating attorneys on various complex legal issues. He does great work, pays attention to detail and handles every case with care.

Justin Schiks, DUI and DWI Attorney on Jan 13, 2020
Relationship: Worked together on matter

Matt combines attention to detail, extensive family law knowledge and experience with great customer service. All of the clients I have referred him have been very pleased with the work he has done. Highly recommend!

Early in my solo practice, Matt took the time to sit with me over tacos and talk through my reasons for entering family law and choosing solo practice. Since then, he has continued to share his experience and knowledge with me freely. He is a generous mentor and excellent, experienced attorney. I endorse this lawyer.

Matt is a very knowledgeable in the area of family. He is a professional, strong advocate always seeking the best outcome possible for his clients.

Matt is a professional when it comes to working with clients, colleagues, other professionals or friends. His dedication to being knowledgeable in all of his client's matters and a successful businessman is clear.

Matt is a highly skilled and respected family law attorney. I endorse him without hesitation.

I endorse this lawyer. One of the top attorneys in the region.

Matt is a conscientious and caring attorney that looks out for his clients' best interests. His clients are not "just another client", Matt truly cares about each individual he works with and treats every matter with the appropriate level of care.

I refer family law matters to Mr. Ludt because he is a competent, compassionate, and zealous advocate for his clients. A referral to Mr. Ludt is piece of mind for me that my clients will receive excellent representation.

I met Matt when an opposing party fired their attorney and hired Matt instead. It was an incredibly complex case, poised on the brink of trial. Matt got up to speed in record time. We still had to submit some issues to trial, but we were able to do so in a more cost effective, cooperative manner. If Matt had been on the case from the start, our clients would both have saved a lot in attorney fees.

Matt Ludt is a bright, professional and compassionate attorney. He is dedicated to his clients and their interests. Matt gives all of his time and attention in analyzing each case, no matter how big or small the issue. I have referred to Matt in the past and will continue to do so given his dedication to his work.

I endorse this lawyer. Matt is a knowledgeable attorney who works hard at providing great service to his clients.

I don't hesitate to refer friends and colleagues to Matt Ludt. He is smart, witty, down to earth and a passionate advocate for his clients. His friendly and patient demeanor are beneficial in trying times. I wholeheartedly recommend his services.

Matt is a solid, capable a family lawyer as there is in the east metro. I recommend him without hesitation.

I endorse this lawyer. I have known Matt for a number of years. He represents his clients in a diligent, professional and competent manner, without needlessly protracting the litigation process.