I'm a DUI attorney and I love what I do. Former police officer, free consultation, results oriented

My name is Joe Suhre - and I am committed to DUI defense. I am a graduate of Xavier University where I received a bachelor’s degree in Criminal Justice. I continued my legal education at the University of Cincinnati where I received my Juris Doctorate.

I am licensed to practice in Ohio, Kentucky and the United States District Court, Southern District of Ohio.

I received the Ohio Police Officer Training Academy certification and worked for nearly six years as an auxiliary police officer. I truly believe my experience as a former police officer make me uniquely suited to effectively and aggressively defend my clients charged with DUI.

I am or have been a member of the following professional organizations: 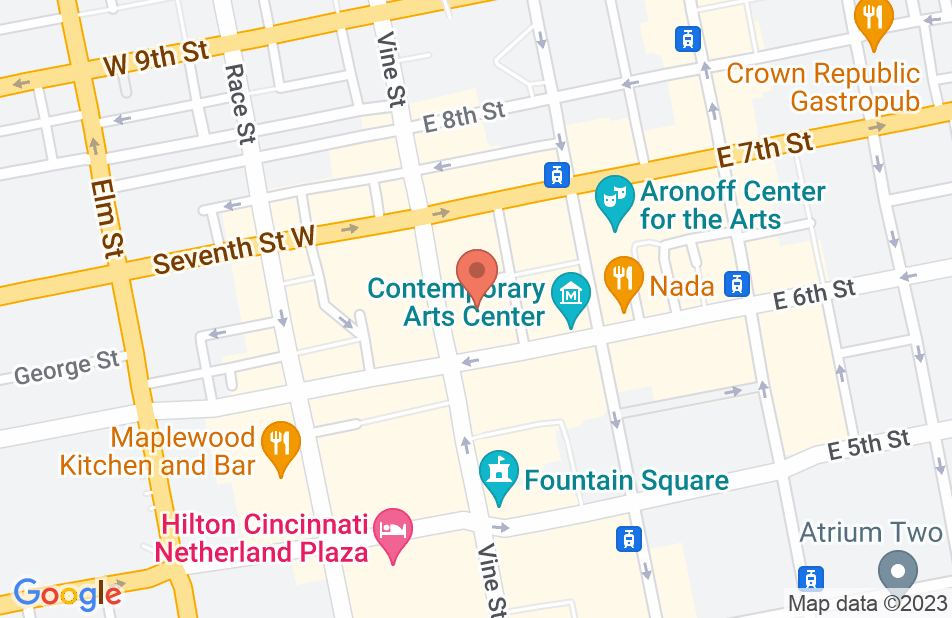 The Best DUI/OVI Attorney in Cincinnati

From day one Joe was very knowledgeable, professional, and respectful. I hired Joe after receiving my 3rd OVI in 6 years. His knowledge of the laws, his relationship and repetition with the court staff was very impressive. He was able to get my 3 OVI refusal amended to a 1st OVI refusal. With the 3rd I was looking at 60 days to 1 yr. in jail, 1 to 5 yr. license suspension, ignition interlock, yellow plates, driving privileges after 1 yr. just for work. After Joe worked his magic I have 5 days in jail with 18 house arrest with work privileges. 24/7 driving privileges immediately with ignition interlock with NO yellow plates. Joe has saved my life. I would have lost my jobs if I had received the plates. I would highly recommend Joe to anyone. He is the best there is!

Joe did an amazing job with my case. When searching for representation, so many lawyers made me feel like there was no hope- No way out of a TERRIBLE situation. Joe took my case with open arms and said, "We are going to get this thing done." He did not disappoint. Joe was able to save my job, my relationship, and bring me closer to my family. Joe makes you feel like you can breathe when all is closing in on you. Thank you Joe for doing an AWESOME job and I would highly recommend Joe SUPERMAN Suhre.

Mr. Suhre has handled my case very professionally. His all around performance has been outstanding. I wouldn’t want anyone else.
This review is from a person who hired this attorney.
Hired attorney

Joe was the best attorney anyone could ask for. He worked harder then any attorney I’ve ever talked to. He was so nice and not judgmental about my case at all. He was always there when I called or called me back that same day. He fought a hard fight for me and won! Thanks Joe!!
This review is from a person who hired this attorney.
Hired attorney

Inspires confidence and gets good results

Joe was recommended by a friend and reached out to me immediately, on a Sunday. I was an anxious mess, terrified and unsure of what I was facing with a DUI charge. Joe put me at ease right away. His knowledge, his clear explanations, his patience in answering all questions and his confidence made me feel well represented, aware of the process and all possible outcomes and much calmer. He was able to get me a very good outcome considering what i could have faced . I would recommend Joe to anyone facing a DUI charge in Ohio or Kentucky. It might seem expensive but you can't put a price on peace of mind!
This review is from a person who hired this attorney.
Hired attorney

I contacted Mr. Suhre after being arrested for an OVI completely panicked and confused about the process, possibilities, and outcomes in front of me. He reached out personally on a Sunday and discussed what happened and the realities of my situation. After our conversation, I already felt just a little bit more at ease and hired him that evening. Throughout the case, Mr. Suhre was reassuring and optimistic. He responded to every question promptly and his staff did a wonderful job keeping me informed about each step as it was happening. The outcome was as he predicted, which was far better than I could have ever achieved on my own. I highly recommend his and his team's services for anyone in a similar situation.
This review is from a person who hired this attorney.
Hired attorney

I personally want to give a HUGE shoutout to Mr. Joe Suhre!! He went above and beyond in my case & the outcome was way better then I ever expected!! So I definitely would recommend him to anyone who is in doubt with their court case etc. , give Mr.Suhre a call bc .. He SURE did an amazing job!!!!!
This review is from a person who hired this attorney.
Hired attorney

I am more than satisfied with Joe representing me in a recent OVI case. He was thorough, professional, engaged and worked with the local counties attorneys to mitigate and lower the charges against me. I could not be more appreciative for his pre-trial recommendations that the judge in my case considered my proactive approach before trial and I'm sure helped lowering my potential consequences..I highly recommend Joe and his staff to anyone needing his services.
This review is from a person who hired this attorney.
Hired attorney

Joe and his staff are are miracle workers. Faced with an OVI and several other charges, I was on the verge of losing everything. Within 2 minutes of a phone consultation Joe gave me a clear, realistic, set of goals for my case. He immediately found a legal technicality that allowed me to still drive my company vehicle, and I was able to keep my job. Joe then devised a strategy, and we stuck with it. Ultimately, Joe got all of my OVI charges dismissed, and I happily pled guilty to a couple of smaller charges. To say that Joe knows his stuff is an understatement, and there seems to be an ease about him in the courtroom that I just didn't see with other lawyers. Amazing OVI lawyer, and worth every penny. Thanks Joe.
This review is from a person who hired this attorney.
Hired attorney

glad I had Joe on my side

He helped me with my unique situation and knew the right resources to leverage in order to prevent my case from having to go to trial.
This review is from a person who hired this attorney.
Hired attorney
See all reviews

Joe Suhre is a hard working and brilliant criminal litigator. As a former county prosecutor I can say that no one had a better reputation than Joe and no one made me work harder to present the State's case. When I left the county prosecutor's office I joined Joe's firm, where I litigated along side him for a year. From that perspective I was able to see his tremendous dedication to his clients first hand. I have since returned to active duty military service, but the best endorsement I think a lawyer can give to another lawyer is to say "I would hire him". If I was in trouble I would hire Joe Suhre.

Joe and his partners are attorneys on the cutting edge of DUI defense. Their knowledge, dedication, and hard work results in successful outcomes for their clients. I highly endorse Joe in the area of DUI/OVI defense.

I endorse attorney Joe Suhre. Mr. Suhre is a seasoned and accomplished attorney. He knows his trade. He is dedicated to his clients, and enthusiastically works to achieve the best results for his clients. Mr. Suhre would be a great hire.

John Felter, DUI and DWI Attorney on Sep 18, 2014
Relationship: Other

Joe and I went to law school together. He is a great guy and a better lawyer. He gives his complete attention and effort to his client's interests. I wouldn't hesitate to recommend him to anyone looking for a hard working, diligent, and aggressive legal advocate.

Joe Suhre is a hard working and brilliant criminal litigator. As a former county prosecutor I can say that no one had a better reputation than Joe and no one made me work harder to present the State's case. When I left the county prosecutor's office I joined Joe's firm, where I litigated along side him for a year. From that perspective I was able to see his tremendous dedication to his clients first hand. I have since returned to active duty military service, but the best endorsement I think a lawyer can give to another lawyer is to say "I would hire him". If I was in trouble I would hire Joe Suhre.

I endorse this lawyer. This lawyers contributions to this site are invaluable. I happily endorse this lawyers work, ability and charity to those asking for advice. Further, I like to endorse good lawyers, because I find the AVVO rating system to be dishonest and corrupt. Frequently, disgruntled litigants on the opposing side (not your clients) will bash a lawyer on this site, pretending to be "your" client. When this situation is brought to AVVO attention, Avvo refuses to do anything to investigate and remove the false, slanderous "client" reviews. AVVO is a mean petty internet blog site trying to make money off of lawyers, and does not care if the public receives truthful information.

Joe and his partners are attorneys on the cutting edge of DUI defense. Their knowledge, dedication, and hard work results in successful outcomes for their clients. I highly endorse Joe in the area of DUI/OVI defense.

Attorneys know each other's reputations perhaps better than the general public does. Attorney Suhre has a great reputation for his years of strong advocacy, terrific knowledge of the law, and his care and concern for his clients. His web site has lots of information and he's been recognized repeated by local consumer magazine reviewers as being the best at what he does. If you need his help, I highly recommend him to you.

I endorse this lawyer. I refer all my DUI and criminal cases to him, and he always does an excellent job. He is as good as it gets.

Mr. Shure is an excellent DUI attorney. He takes the time to understand the needs of his clients. Joe Shure finds useful and creative ways to apply the law to his clients cases that benefit his clients. I strongly recommend Joe Shure.

I endorse this lawyer's work. I think Joe is an excellent attorney, always prepared and always ready to accept any challenge. Additionally, and probably more importantly, he has a demeanor that allows him to accomplish more than most lawyers are able to accomplish. I would give him the highest rating.

I have had the opportunity to watch Mr. Suhre's work for several years in the Hamilton County court system. His background in law enforcement, diligence on behalf of his client, and thorough understanding of the law, is unparalleled in our community. When I have a question regarding OVI law, he is absolutely the first attorney I seek out. He is respectful to clients, judges, and prosecutors and he has clearly earned the respect of all those who deal with him. I strongly endorse Joe Suhre.