Attorney Felter has had success for his clients in multiple areas of litigation, winning cases and obtaining favorable settlement agreements in domestic relations cases, civil cases, and OVI and criminal cases in the appellate, common pleas, and muncipal courts of Ohio.  Additionally, he's successfully litigated for clients in front of administrative pannels in Ohio, such as county tax boards, child support agencies, and uneployment commissions.

A large part of Attorney Felter's practice is domestic relations litigation, in which he regularly obtains favorable property and custody/visitation settlements for his clients.  Notably, in the past year he's successfully advocated for parents looking to protect their children from unstable ex-spouses/partners with psychological and/or substance abuse problems.  In two separate cases, he successfully petitioned the Court for a change of custody on behalf of the father due to the fact that the mothers, who had custody prior to each respective case being filed, were unstable and unfit to have custody of the children.  In two other cases, Attorney Felter advocated on behalf of two mothers, successfully petitioning the Court to terminate the fathers' visitation and contact with their children due to their respective instability and substance abuse.

Additionally, Attorney Felter has obtained several notable criminal plea bargains for his clients, including an attempted murder and felonious assault case which resulted in his client being placed on probation instead of prison; a first degree felony rape that Attorney Felter was able to get dismissed outright; and a felony OVI/DUI case which Attorney Felter was able to reach a plea deal in which his client did not recieve any jail time, despite the fact that this was the client's 7th lifetime OVI and that he had served 6 months in prison on his last OVI.

Attorney Felter has recieved numerous awards from national and state legal honors groups, and is very active in the community outside of work, serving on various non-profit and philanthropic community boards. 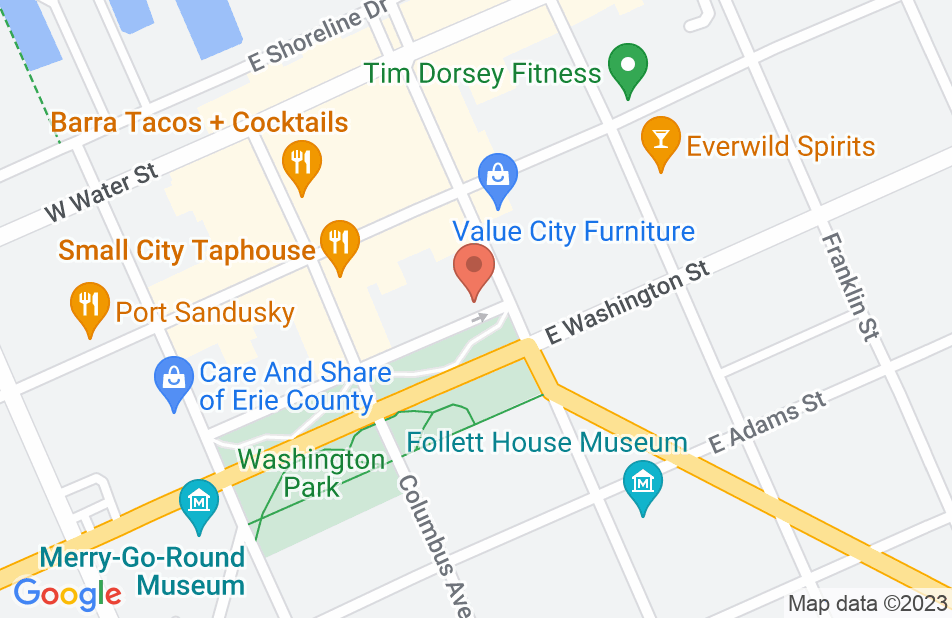 John did a great job on a DUI case for me in Sandusky. I had several prior DUI's and did a good amount of jail time on the last one, so I was afraid of a lengthy jail sentence. He worked the court system perfectly, and was able to get me just a three day alcohol class instead of any jail. Would definitely call him again if I need a lawyer anytime soon.
This review is from a person who hired this attorney.
Hired attorney

John is excellent. He really cares about his clients he has texted me after hours to calm my nerves. He is terrific at negotiations. I'm really glad the Eagles club recommend this firm. I'm from Texas originally and have never had any legal trouble. If the need arises John is saved in my phone.
This review is from a person who hired this attorney.
Hired attorney

John did a good job for me in handling a custody matter. He is thorough and up front and advocates well for his clients. I will use him again if the need arises.
This review is from a person who hired this attorney.
Hired attorney

I live in Sandusky, but ran into trouble in Cleveland while visiting friends. I had never had criminal charges before (only a traffic ticket) and was unfamiliar with the Cleveland court system. I hired John based on a recommendation, and was pleased with his professional, respectful attitude. John's communication was thorough and prompt and I didn't have to worry about taking too much time from work to deal with my charges. He was able to have them dropped, and it saved me from the worry and expense of handling the case myself.

He took on the case, knowing what our goal was, to be heard in front of the judge, agreed to represent accordingly, and made an about face at court, demeaning and arrogantly. I would not recommend him at all. Tried to charge over 4 hours for RESEARCH? It was a simple disorderly conduct case...which the roofers stealing our electric, working on home across the street, without our consent to plug in our outside outlet. He makes it sound like he knows what he is doing, then back pedals when it comes time to try the case. Very upsetting, along with we would not have hired an attorney, if we knew what he ended up doing at court at final hearing, why would you spend that kind of money to argue a very minor charge, under the guise he would help, being client was not guilty of the charge.
This review is from a person who hired this attorney.
Hired attorney
John Felter's response: While I'm sorry that this person is upset, I must note that sometimes a client's goals are inconsistent with the goal of the client's family members and loved ones; a family member may want one thing, while a client wants another. My job is to carry out the objectives of the client - not the objectives of a client's family members or loved ones. While I certainly will listen to and take into account the thoughts and wishes of clients' family members, in the end the client makes the decision. After all, they're the one facing jail time or fines if convicted; not the family member. Unfortunately, this can sometimes lead to conflict with the client's family members or loved ones. I have had clients indicate to me that an overzealous family member was pressuring them into pursuing one option during a case, when they actually wanted to go in another direction. In those cases, I'm proud to carry out the objectives of my client, even if that means that I have to stand up to an overbearing family member on behalf of my client. If that family member considers me being firm and frank with them as me being arrogant or demeaning, then unfortunately that's something that comes with the territory when you're advocating for your client in spite of the wishes of family members who are not parties to the case. I do not believe that it is "beckpedaling" to pursue a course of action that my client wishes to pursue which may be in conflict with their loved one's wishes; I believe I'm doing my job as their attorney. As for the specifics of a disorderly conduct charge, I have done many disorderly conduct cases in my career and almost always achieve favorable results. Unfortunately for clients, disorderly conduct is a very, very easy charge for the State to prove, especially when there is a witness, and even more so when there is a very credible witness. With MM disorderly conduct, you're not entitled to a jury trial, so in that scenario, you'd have the witness explaining to the Judge how they believe what they saw constituted disorderly conduct, and when that witness is extremely credible, such as a police officer or even the chief of police, it's often a foregone conclusion that a conviction will result. Therefore, it becomes imperative to work out the best plea deal possible to minimize the impact on your client, and unfortunately client's family members do not always agree. Additionally, I should note that conduct of a third party which prompts an individual to behave in a disorderly manner is not a defense to disorderly conduct, meaning that you can't argue that somebody wronged you so it's therefore acceptable that you flew off the handle and behaved in a disorderly manner. That's unfortunately not how it works. Finally, I do not believe I have ever in my career tried to bill a client or demand payment for 4 hours of research on a disorderly conduct case. I have, however, had disorderly conduct cases where I went the extra mile and researched every possible legal remedy to get the case dismissed, when the situation dictated it. (such as an overzealous prosecutor who won't be reasonable, or when a client or family member insists that I look at every possible angle) Unfortunately, all of that research does not always pan out, and when it does not I generally do not bill a client for the research, but have instead submitted to them my time sheets so that they, or their family members, can see how much time and effort I put into their case. In such cases, while I have noted the time expended, I generally am clear that I was waiving any fees that should have been owed for that time in an effort to keep a happy client. Please note that billing for time spent on a case and submitting an itemized list of time that is being voluntarily waived by the attorney are two very different things. I believe that nearly all of my clients would attest to the fact that I put far more time into their cases than I bill them.

John is a pleasure to work with. He's knowledgeable in many aspects of the law, and works hard for his clients in order to accomplish their goals. I endorse this lawyer.

While I do not now Mr. Felter personally. I have had the opportunity to review his answers on this site to those writing in with legal issues. His answers are to the point and beneficial to those posing legal issues. Accordingly, I can endorse him as an attorney.

I endorse this lawyer. Mr. Felter is is a smart attorney, with great knowledge and understanding of the law. He does a great job representing his clients, and I glady recommend his services.

I endorse this lawyer. Mr. Felter is a knowledgeable, professional, skillfull attorney, who I would recommend to anyone looking to hire an attorney.