Put 40 years of law and law enforcement experience to work for you!

Mr. Mahaney is a retired Alabama state trooper, a graduate of the FBI National Academy, and served over 22 years with the Alabama Department of Public Safety prior to retirement in 2000. After retiring from state service, Mr. Mahaney served over five years as a civilian police advisor for the U.S. State Department in Kosovo, Jordan, and Iraq. Mr. Mahaney served 18 months in Iraq as the executive officer for the U.S. police advisory mission (2005 - 2006).

After completion of the Iraq tour of duty, Mr. Mahaney established his law practice in Montgomery, Alabama in July 2006, concentrating in the areas of DUI defense, driver license law, drug crimes and offenses, and general criminal practice. As of 2020, Mr. Mahaney had successfully defended well over two thousand clients charged with DUI, serious traffic offenses, drug crimes, and other felony or misdemeanors. He has also represented many clients needing legal assistance in the area of driver license suspension or revocation cases and petition for driver license reinstatement.

Mr. Mahaney has been licensed to practice law for over 32 years and has been a member of the Alabama state bar since May 1989. He is licensed to practice in both state and federal court. Mr. Mahaney is also a retired commissioned officer, having served 28 years military service with the U.S. Army. During his 28 years of military service, he served as an infantry officer, military police officer, and as a military intelligence officer. He was airborne and ranger qualified and served in light infantry and Army special operations units, including Special Forces.

Mr. Mahaney previously served as an assistant attorney general for the Department of Public Safety, as a municipal court prosecutor for the City of Montgomery, and since 2006, as an attorney in private practice.

Mr. Mahaney is the primary author of the treatise Alabama DUI Defense: The Law and Practice, 5th Edition published by Lawyers & Judges Publishing Company. He is a frequent lecturer and trainer in the area of DUI law and criminal procedure. In 2009, 2010, 2012, 2014, 2015, and again in 2016, Mr. Mahaney was selected by the Alabama Criminal Defense Lawyers Association to recieve the 'President's Award' for outstanding contributions to the ACDLA and superior advocacy in criminal defense. Mr. Mahaney is a founding member of the DUI Defense Lawyers Association (DUIDLA) and also a member of the prestigious National College for DUI Defense and currently serves as the state delegate for the NCDD. 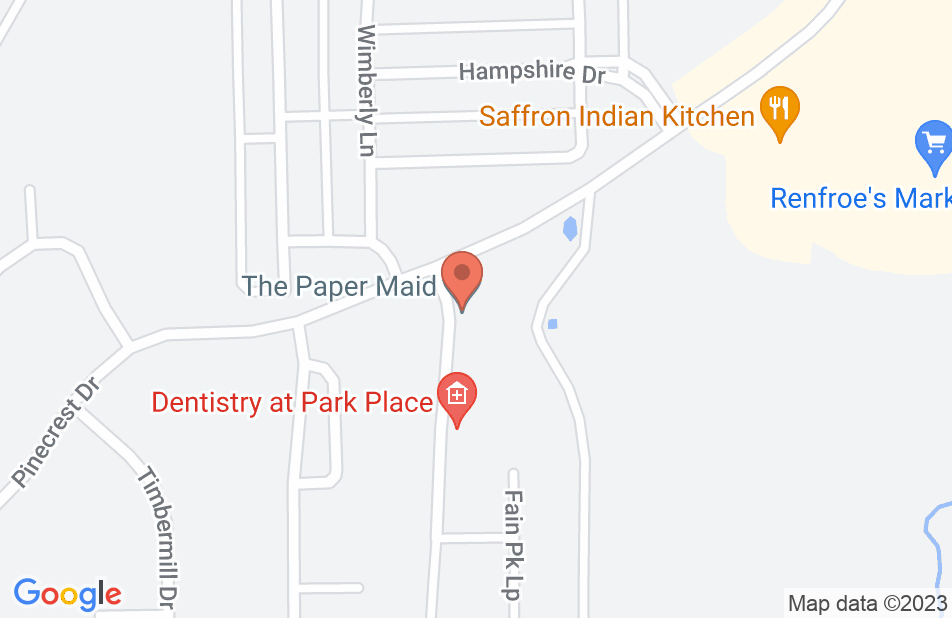 This man is a veritable encyclopedia of legal information. An expert in the field of DUI, to say the least.
This review is from a potential client who consulted with this attorney.
Consulted attorney

A series of events led ta DUI arrest and two separate charges. The charges and force used were completely excessive in nature of the situation. Patrick Mahanney is the lawyer who literally writes the books that other lawyers read to defend their clients on DUI and criminal cases. He checks with his clients and status of their cases monthly. He has a lengthy background in law enforcement and uses that vast experience to the benefit of his clients best interest. I highly recommend Patrick Mahanney is you are need of criminal defense.
This review is from a person who hired this attorney.
Hired attorney

Mr. Mahaney got my case dismissed and I kept my CDL, he was well respected by the court and I believe that is a big plus for whoever he represents.
This review is from a person who hired this attorney.
Hired attorney

Mr. Mahaney is one of the best people I have ever met. He knows Alabama laws backwards and me forwards and has written several books about DUIS. He is knowledgeable about everything there is to know about getting a DUI and does everything in his power to give you the best result for your case. I can’t imagine hiring any other lawyer. If you or someone you know gets in trouble for a DUI, Mr. Patrick Mahaney is the best option!
This review is from a person who hired this attorney.
Hired attorney

Mr. Mahaney represented me in a DUI case in southern Alabama. My case was complicated because I am not a resident of Alabama. He was able to arrange a pre-trial deferment with the prosecutor which resulted in the charges being dismissed upon my completion of an approved substance abuse program. His actions also prevented any negative impact on my drivers license. I was very pleased with his advice, his professionalism, and his skill in negotiating on my behalf.
This review is from a person who hired this attorney.
Hired attorney

I was involved in a traffic accident were the police assume that I was drunk and charged me with a DUI. Mr. Mahaney looked at the video with me, I explained to him that I hit my head on the wind shield and air bag. He listed and helped show the evidence that I was not guilt of a DUI.
This review is from a person who hired this attorney.
Hired attorney

I have worked in the legal profession for a while now and have worked on some incredible cases with some TOP-NOTCH attorneys. One of those TOP-NOTCH attorneys is Patrick Mahaney. His statistics rank very high among the TOP DUI attorneys in the state of Alabama. He has written several books on the subject and is a "walking sponge of knowledge" when it comes to Alabama Law especially DUI law. If you ever need an excellent Criminal Defense Attorney for DUI or other drug substance defense, Patrick Mahaney is your guy!
This review is from a potential client who consulted with this attorney.
Consulted attorney

My Al drivers license was revoked by NC for 3 Dui in 3 months in 2010. Alabama subsequently suspended them. NC has been hesitant to give me a hearing to take me of NDR so that Al can issue me a license. My only recourse was to seek. Welch hearing in AL to try and get my driving prviledges reinstated in Al I hired Mr Maheney and within a couple of months I had a hearing and was able to get my Driving prviledges back in Al. We are still working on NC. I have had 5 Dui There is no other attorney in America I would recommend if you have had any type of DUi in or outside of the state of Al. Professional and on point all times.
This review is from a person who hired this attorney.
Hired attorney

I wanted to say that Mr. Patrick Mahaney is the best attorney that I could have gotten. He was very personable from the beginning and has a genuine care for helping find a solution to the problem. In my case he helped me out of a really, really bad situation, and by the end, their was relief, as he got me the best outcome, one that I did not expect. I am extremely blessed to have had Mr. Mahaney represent me, and should you, or anyone else be in a situation involving a DUI, I can tell you from experience, there is no one that I would rather have on my side, then Mr. Patrick Mahaney.
This review is from a person who hired this attorney.
Hired attorney

Mr. Mahaney did an amazing job of negotiating the best settlement. He performed a miracle. My family is forever indebted to him. He is a top notch professional.
This review is from a person who hired this attorney.
Hired attorney
See all reviews

Truly exceptional and professional attorney with an outstanding reputation in the legal field for providing high quality representation and results for his clients! I endorse Mr. Patrick

I endorse this lawyer. Mr. Mahaney is probably the most detail oriented attorneys I know. He has a wealth of experience and knowledge in the DUI defense field that few lawyers in Alabama possess. One of the best at his craft.

John Aaron, DUI and DWI Attorney on May 10, 2016
Relationship: Fellow lawyer in community

I endorse this lawyer. Mr. Mahaney wrote the book on DUI's and Driver License's Issues in Alabama (Alabama DUI, Traffic and Driver License Handbook) He has the practical experience of being an Alabama State Trooper for 20+ years, trying cases as a city prosecutor, and his mastery of the law and regulations. He is the Attorney to call if you have a DUI or License Issue in Montgomery or the River Region of the state.

I endorse and highly recommend Mr. Mahaney. He has extensive knowledge of the law and is always willing to help offer his guidance and experience. Anyone looking for a criminal defense lawyer should consider Pat.

Patrick is a Superb Criminal and DWI Lawyer. If your in trouble with the law Patrick is the one to call. I'm just glad his office is not near mine! I endorse him!

I endorse Mr. Mahaney enthusiastically. He is a very learned counselor with the ability to make complex matters simple. In front of a jury, that is a powerful thing.

I endorse this lawyer. Patrick is a retired Alabama State Trooper and integrates an exceptional amount of knowledge and common sense from the arresting Officer's point of view in developing the appropriate defense strategy in your case. He is also a person of strong moral conviction and published in his field. I would let Patrick represent a family member. Trey Norman

I have known Patrick Mahaney for a little over four (4) years now, and anytime I have an issue with an Alabama-licensed driver my first recommendation is for them to contact Mr. Mahaney immediately. His abundance of knowledge regarding Alabama DUI and driver's license laws is incredible.

Simply put, Patrick Mahaney is an outstanding DUI and traffic law attorney. He is highly respected in the legal community. His clients praise his zealous advocation on their behalves. If its important to you to keep your driving record clean and your insurances rates low, then Patrick Mahaney is the person in Montgomery to call. I endorse this stellar attorney.

I wholeheartedly endorse this lawyer. He is the lawyer's lawyer when it comes to anything related to DUI law in Alabama. Highly recommend.

I gladly endorse this lawyer. I have known Patrick for over five years. He literally wrote the Alabama DUI Handbook (http://www.mahaneylaw.com/lawyer-attorney-1499263.html) about DUI laws in Alabama. He is as knowledgeable about DUI and traffic laws as any attorney I have had the pleasure of practicing around. I have been to several of his seminars where he teaches other attorneys how to handle DUI cases.

I endorse this lawyer who is a skilled litiagator and knows the law and rules of evidence.