Jacquelyn D. Tomlinson is a graduate of Florida State University with a triple major in Philosophy, Psychology, and Political Science. After graduating in 2006, Jacquelyn attended Faulkner University Thomas Goode Jones School of Law where she obtained a Juris Doctorate decree in the spring of 2009. Jacquelyn was admitted to practice law in the State of Alabama in September of 2009. She has worked in the field of Domestic Relations in Montgomery, Alabama since the fall of 2006 being a Court Advocate for the Family Sunshine Center as well as Legal Services Alabama.

Jacquelyn is admitted in all state courts within Alabama and concentrates her practice in the areas of family law, domestic violence, protection from abuse orders, divorce, interstate and intrastate child custody, adoptions and spousal support issues. Jacquelyn is very passionate about the work she does relating to family law issues and represents her clients with a sense of passion, dedication, and respect. 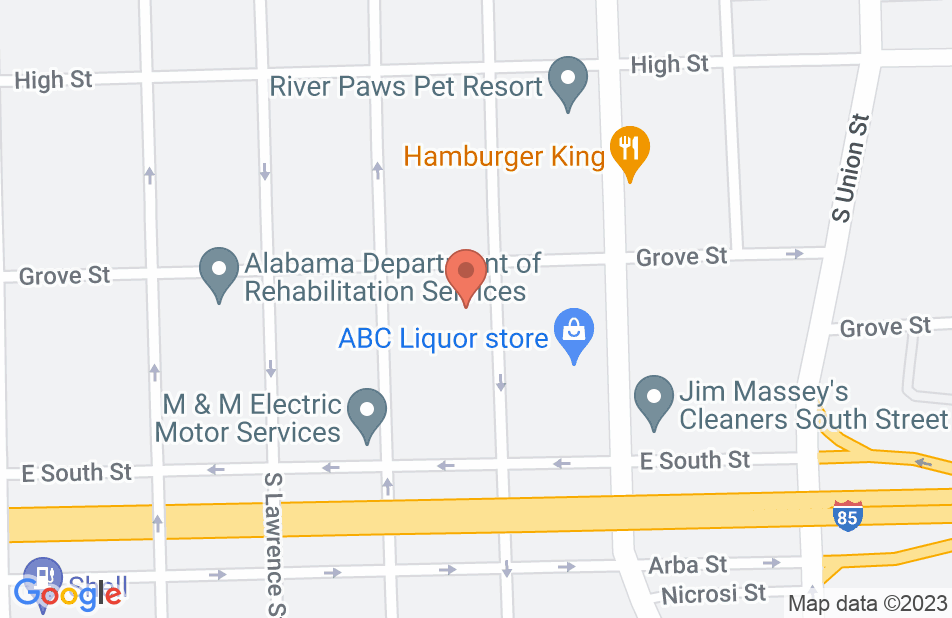 Jacquelyn is very informative and excellent in her field. Always very professional yet compassionate and understanding when need be. I knew she had my back and was always there when I needed her. Divorce can be devastating, especially the unknown part of it. She was always assuring and honest which helped build my confidence in knowing no matter what. I was going to be okay! She did everything she said she would and never failed me! I am eternally grateful.
This review is from a person who hired this attorney.
Hired attorney

Amazing attorney, provided insight, advise and support througha difficult time.
This review is from a person who hired this attorney.
Hired attorney

I hired Jacquelyn Tomlinson knowing she had years of experience in divorce and child custody. I had a very difficult spouse and she was very caring and reassuring through the process.
This review is from a person who hired this attorney.
Hired attorney

The Lawyer You Want Every Time!!!

In 2014, I utilized the services of Jacquelyn Diane Tomlinson for my divorce. She drew up papers that were fair and equitable for me and my ex-wife. Fast forward to April of 2016 and we are going back to court for a modification in child custody with my ex-wife, where she is wanting sole custody and complete decision making ability for our child. During the months up to the court proceedings, I would get emails, texts or phone calls from Ms. Tomlinson or her office in reference to paperwork that I needed for the discovery process. During this whole process, I would occasionally call the office to see where we stood as far as the process and the possible outcome from family court. On all of the times that I contacted Ms. Tomlinson or her office, I was always reassured to not worry about anything. In fact, I never had a hard time contacting Ms. Tomlinson or her office. There was NO broken lines of communication. I was given possible scenarios as to possible outcomes and all of them were within reason of the desired outcome. Through all of the court proceedings, I was constantly reassured by Ms. Tomlinson that everything would turn out well. In the end, I was more than satisfied with the results that were achieved. Our custody arrangement stayed the same, with very minor modifications for each concerned party. In most cases people talk about the horror stories of having to hire an attorney for their legal needs. There is no horror story here. My experience is happy and more than satisfied at what she accomplished for me for family court. I can honestly say that Jacquelyn Tomlinson is an attorney who will fight for your legal needs and go above and beyond the norm of what is expected for an attorney. I would recommend Jacquelyn Tomlinson for your legal needs. She and her staff make you feel special as their client. You're not just a number to her.
This review is from a person who hired this attorney.
Hired attorney

You will not find a more determined, hard-working, compassionate attorney in Alabama than Ms. Jacquelyn Tomlinson. Based on my experiences with her I believe that she sets a very high standard for her client-focused practice. Ms. Tomlinson has a way of putting her clients at ease during their difficult legal situations while providing competent and clever legal counsel. Ms. Tomlinson skillfully handled my legal issue and I was thrilled with the results she was able to achieve. Ms. Tomlinson made herself available to me whenever possible to discuss my case, even working nights, weekends and holidays to ensure my case was handled properly. I would recommend Ms. Tomlinson to anyone who finds himself or herself needing a domestic-relations attorney.
This review is from a person who hired this attorney.
Hired attorney

J was my second lawyer after firing an incompetent one. The difference was from false unachievable promises and constant billing to a level of personal integrity and knowledge of what had happenen that wouldn't allow her to bill me for any additional hours! Tell me about any lawyer you have ever heard of taking that kind of action. She knew my sons name, was genuinely concerned about him, and even wanted to attend his football games. Communicating on weekends, late evenings, and basically anytime needed; I had her contact numbers so she made herself available 24/7. In the end, after a grueling eight plus hours of mediation, i walked away with a fair settlement for the ex as well as myself. But heres the kicker: something almost unheard of, especially in Alabama, I was given seventy-five percent custody of my son, only subject to change after a professional psychologist determined my son had recovered enough from his mothers adultery and multiple abandonments. She argued for my sons case, not mine which was a brillant and very successful strategy. He still struggles but we are starting to see his old happy go lucky personality return. His grades are coming back, my son is coming back. Jacquelyn made that happen! So would I recommend her?! Only if you want the best; if you want the best outcome for you and yours; only if you want to win!
This review is from a person who hired this attorney.
Hired attorney

Beyond my wildest expectations!!!!!!

Attorney Jacquelyn Tomlinson was simply amazing. She really proved to me that not only my case was important but so were my children. She was also willing to listen and provide me with solid advice to help me handle any situation that might have arose. Attorney Tomlinson helped me get through a very difficult time in my life and I could not have asked for a more professional, dedicated and hard working attorney. I would recommend her over and over again. Thank you Attorney Tomlinson for everything that you did for me. A real life saver.
This review is from a person who hired this attorney.
Hired attorney

First, let me note that Jacquelyn has now opened her own practice, DELK & TOMLINSON, on Carmichael Road in Montgomery. Her new offices are beautifully decorated and make her clients feel comfortable and at ease (I speak from experience). Jacquelyn has been my personal attorney for several years and I simply would not use anyone else. Her commitment to her clients is second to none. Her work ethic is second to none. And, her care and concern for the needs of her clients motivates her to work extremely hard on a daily basis. Jacquelyn has helped me with several matters and I obtained very favorable results each time. Her intelligence and calm nature in dealing with these stressful legal matters is just what we men (and women) need in our times of distress. I am an attorney myself (and I think a pretty good one) but I would not want to see her name as counsel for the opposing party in any case. Jacquelyn is a wonderful person but she will fight like a bulldog for her clients. She returns messages quickly, is easy to reach, and truly wants to help her clients obtain justice. It is obvious from the moment that you begin to consult with Jacquelyn that helping her clients obtain the most favorable result possible is her goal; it is not in her character to simply go through the motions so she can make a few dollars. Her new law partner, Dana Delk, is much like Jacquelyn in the way she practices law and I wouldn't hesitate to use her services if Jacquelyn was for some reason unavailable. Do yourself a favor. If you have any domestic relations issues and you need a lawyer, call DELK & TOMLINSON. I can promise you that you won't be sorry you did. You will not find a better and more caring and committed advocate anywhere.

Divorce has been the most painful, stressful and hardest thing I've ever gone through in my life to date. Attorney Jacquelyn Tomlinson has stuck by my side and was available and prompt to respond to every question and concern I had. There is no question she take's my case seriously and through this stressful time I find peace of mind knowing I've got a great attorney who has my best interest at heart! I would strongly recommend anyone looking at divorce to contact Delk & Tomlinson, LLC!

Excellent attorney! I endorse this lawyer.

Jacquelyn is a competent, hard-working, compassionate lawyer and I'm proud to call her my partner. I would definitely endorse this lawyer.

Jacquelyn is not only a great mentor and friend, she is also a fierce advocate for each and every client she has.

I endorse this lawyer. She knows her family law and enjoys helping families make the best legal decisions for their situations. Jacquelyn takes her cases very seriously and knows how to best handle the situation at hand.

I endorse this lawyer's work. Jacquelyn Tomlinson is a committed and energetic lawyer who always takes her clients' matters seriously and deals with them appropriately. She has a good reputation among her peers and with members of the bench. I would trust Jacquelyn Tomlinson with my own legal matters or matters of those close to me.