Guichard is a French name of Germanic origin that, loosely translated, means “made strong from combat.” When Guichard St. Surin partner with his clients in family law matters, he likes to shield them from battle. “I want them to see past the position they are fighting for and truly get to the root of the issues in order to avoid coming back to court for modification or enforcement proceedings,” he said. He employs a holistic approach to help keep clients’ wellbeing intact, including referrals to financial advisors and psychological counselors to help manage the upheaval that inevitably happens in big transitions. “The reward is knowing that I was able to help a family navigate through the storm and uncertainty of divorce and having them come out confident on the other end.”

Guichard was born in Haiti and grew up in Naples with eight brothers and sisters. Service was a family ethic, which is evident in the career choices of several of the siblings. An older brother served in the U.S. Army, and did tours in Iraq and Afghanistan. Another is an officer with the Naples Police Department. A sister that is school teacher. St. Surin also married well – his wife is a school psychologist.

Guichard wanted to be an attorney since high school. “That decision was solidified in my third year in undergrad when I won Best Advocate in a national trial competition in my first year of doing mock trial,” he recalled. “From then on I had a burning passion for being in the courtroom.”

He realizes that what separates him from his clients is often just a matter of happy circumstance. He once worked out a 10-year sentence for a 16-year-old who was charged with aggravated battery with a firearm, punishable by life in prison. “He looked just like my younger brother and I immediately felt a connection with him.” Although his efforts were successful, he felt far from triumphant. “I realized that a lot of these young men have no positive male role models in their life,” he said. Being in a position to serve as such a role model, St. Surin mentors a group of boys on Wednesday nights at his church.

Guichard welcomed his first-born son in the Fall of 2015. "Being entrusted with a child is the greatest blessing that God has bestowed upon me. Being a parent and seeing how much joy my son has when I'm around has brought me a deeper level of understanding and love.  I want every parent to continue to experience that joy and love that only parenthood brings. I want to help them through the painful transition period of separation and work with them to create and develop a schedule that allows both parents to continue to enjoy those priceless moments with their child." 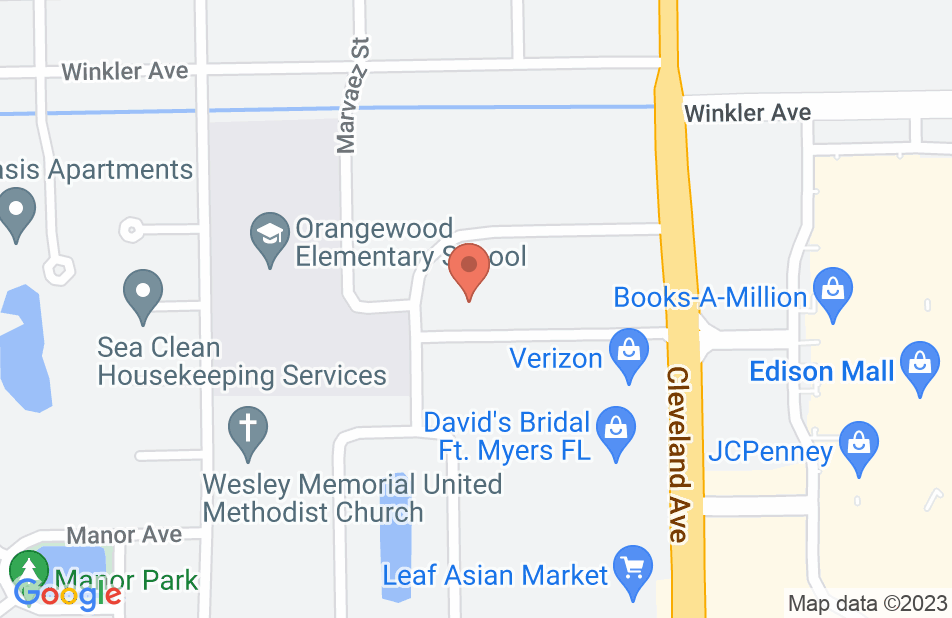 I got a dui charge back in March, and I thank God for Mr. St Surin and his staff. Due to their diligence and research they got me down to a reckless driving charge. I keep my license. Can't beat that!
This review is from a person who hired this attorney.
Hired attorney

Guichard St.Surin is a man of his word. He went the extra mile for me in court. This is the second time Guischard at The Guardian Law Firm has represented me, and both times I was more than pleased with the outcomes.
This review is from a person who hired this attorney.
Hired attorney

EVERYONE HAS 5 STARS, BUT THIS GUY IS LEGIT!

Guichard is the North Star amongst all the the five stars on Avvo that will give true direction, counsel, and representation. He (and his staff) was a blessing to me during my dissolution of marriage case. He not only represented me, he cared for me. His wisdom to take the long view, while being with me in the moment, helped to bring me understanding, peace, and confidence. In taking the long view, I truly felt that he had my wellbeing, as well as my children's wellbeing, in mind for decades to come. My fatherhood and finances are better for choosing Guichard. This guy is legit!
This review is from a person who hired this attorney.
Hired attorney

I needed an attorney immediately, I didn't know how to find the right one. They're so many to choose from. I asked my friend and she told me about Guichard St. Surin , he is amazing. I had a consolation and talked to him about my case and expressed that I don't have a lot of money on hand. I told him what I could afford and he set me up with a fair payment plan. I had many questions about my case and I could call and talk to him directly at any time, he was always available. He also offers an app that has all of our documents, appointments and even a private messager to communicate with him and his employees. The outcome of my Child Custody case was handled perfectly, it benefited my whole family (even the father). He's very personable and wants what's best for everyone in the situation. Now I have a different kind of case and I contacted him on very short notice and he was egear to help me. I am so very glad I found him and I would recommend him to anyone.
This review is from a person who hired this attorney.
Hired attorney

I have had a wonderful experience working with the entire team at Guichard St. Surin and as unpleasant as it is to face legal issues for me they have all made helped my experience to be more compassionate than I had thought possible. THANK YOU
This review is from a person who hired this attorney.
Hired attorney

One of the best, honest, reliable, straight forward, hands on attorney in Lee County

From the first time I sat on his office he was straight forward with me. He was there and understood EVERYTHING on a personal level that I was going through. He never judged or passed judgment on anything. I would beyond recommend him to ANYONE, he is an amazing attorney and I thank him for coming into my life.
This review is from a person who hired this attorney.
Hired attorney

The Kindest, most understanding lawyer ever !

I was at a point where I was ready to give up and give in just to have peace back in my life. I only had a few days to have someone take care of my divorce for me and while searching online I was led to this Attorney and he literally saved me and made sure my future would be secure. I've worked with Attorneys, hired Attorneys in the past and known them in all walks of life but this is the first time that I ever felt I was talking with someone who was on my level and just a real good person. He's friendly, honest and truly has your best interest in his heart. If ever I need him again I will not hesitate to call him.
This review is from a person who hired this attorney.
Hired attorney

Was looking at fighting a case that would have jail time and probation involved. (Driving without a license) Wanted to plea my case and see what else could be offer. So instead of going to the court appointed attorney I went on a search for a qualified attorney. Thankfully I was recommended to see Mr Surin. Once I was done speaking with him I knew I was in good hands and had a secure feeling of knowing he was going to help in any way possible. I would recommend him to anyone in need of a good attorney that you need to feel secure in.
This review is from a person who hired this attorney.
Hired attorney

Modification of my court order

I am a 49 year old male single parent of two girls now thanks to the Guichard Law Ferm. What I most like about working with this law firm was they put my children and my needs first and foremost. They worked continuously in timely fashion on bringing my case to court and obtaining a winning decision for me. So to all the men in this world that think that they can't win custody of their children. I am living proof that you can with the help of this law firm. May I see at this time thank you for everything you've done for me in this process. GOD BLESS YOU.
This review is from a person who hired this attorney.
Hired attorney
See all reviews

Miesha Hewitt, Corporate and incorporation Attorney on Jan 8, 2018
Relationship: Worked together on matter

Guichard is a very capable lawyer who cares about people. A good man who brings integrity and honor to our profession. He is truly one of the good guys. I would not hesitate to refer a matter to him.

I endorse this lawyer. Ms. St. Surin is a reliable source to refer my clients too and the clients are appreciative of same. I believe he cares about the people he represents.

Guichard provides excellent service to his clients by being knowledgable on the law, communicating with clients, and being prepared for court. I have seen him in action and he is always willing to zealously advocate for his clients.

Guichard cares about his clients and has the experience to get the job done right! He gives his clients the best shot at a victory in Court. I fully endorse this lawyer.

I endorse this lawyer. Atty. St. Surin represented one of my family law clients in a DUI matter and did a wonderful job. He explained everything in great detail to the client, so that no requirements would be missed. He also got a very favorable outcome for the client. I have recommended him to other clients.

Guichard St. Surin is intelligent, hard working, and a great attorney. I would highly recommend his services.

I endorse this lawyer. Guichard is active in the legal community, knowledgeable, and works hard for justice for his clients.

I endorse this lawyer. Mr. St. Surin is an exceptional attorney and his clients are very fortunate to have him on their side.