Janese Caruthers joined Brown, Suarez, Rios, & Weinberg in January of 2012. Shortly after joining the firm, Ms. Caruthers’s cases were often featured on local news outlets such as Fox 4 and Wink News. Ms. Caruthers's defense of her client in a high profile murder case was featured on national and local news including Good Morning America, ESPN, Miami Herald, and the Washington Post. In addition, in April of 2013, Ms. Caruthers appeared on the nationally syndicated Dr. Phil Show to discuss her victory in a Stand Your Ground Motion where all charges were dismissed against her client.

She actively writes about legal topics in her blog found at http://janesecaruthers.wordpress.com/. She also lectures on various legal topics at community events in southwest Florida. Ms. Caruthers is a member of the Florida Association of Criminal Defense Attorneys, past President of the Isaac Anderson Chapter of the National Bar Association, and a past member of the Calusa Chapter of the American Inns of Court. 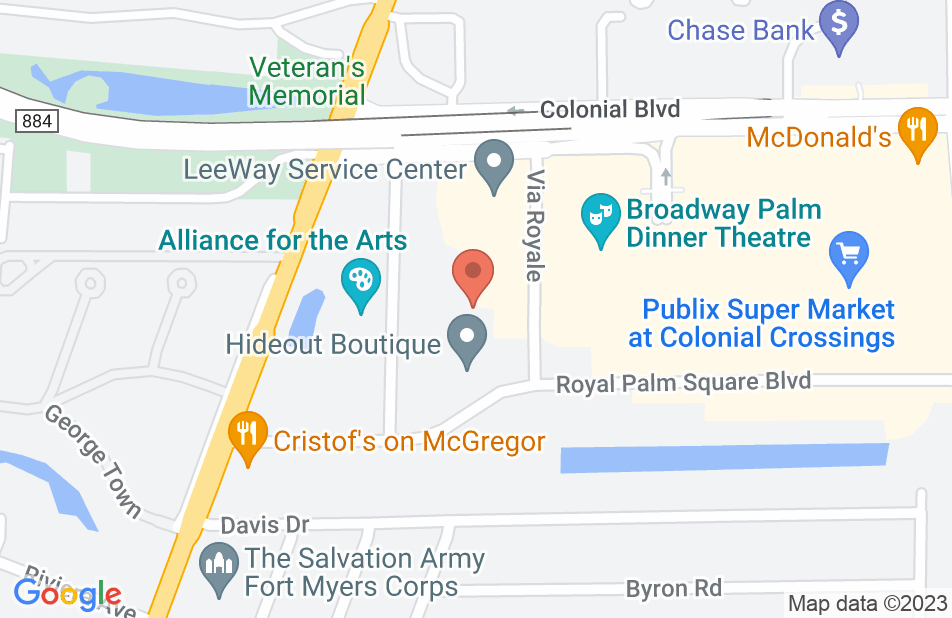 Truly a great lawyer and person she will fight hard for you and will do her best to win
This review is from a person who hired this attorney.
Hired attorney

we needed a daughter real quick and Janese is a very great lawyer gave me the time we needed and was wonderful i would tell anyone in our position to talk to Janese
This review is from a potential client who consulted with this attorney.
Consulted attorney

The best in fort myers

Janese has not only stayed with us though out our entire legal ordeal she has kept us informed and encouraged. She has always made us feel that she was doing everything in her power to represent us properly. Janese saw the light at the end our tunnel before we did. We feel as though she is now a part of our family and if we ever need any legal help she will absolutely be the first and only person we will call!

By far the best attorney that I've ever had.

Janese has been representing me for a little over 2 years now, and she has always kept me well informed on my legal situation. She's given me the best advice and has fought hard for me.

There's more than words that can express the way I feel about ms. Caruthers. She's an very intellgent,sophisticated, smart,outgoing,very hard worker when it comes to her job, cases and clients.ms. caruthers is very dedicated to her cases, always was in time with any of my cases. Always kept me informed in what was going on with my case whether it was verbally, face to face or mail. If she wasn't able to be available due to other court appearances with other clients, she always had an coulegue their for her. I love this lady like she's my second mother,friend,sister,ect. Thank you ms. Caruthers for everything you have always done not only for me but for the sake of my four children that needed me the most at home. May God continue to bless you n your law firm.

Ms. Caruthers is a great attorney. Ms. Caruthers was very helpful and understanding she got me through a difficult case and the best plead possible that I was able to stay home with my 3 children.

Janese was really helpful in my previous cases she stayed on top on contacting me keeping me informed regarding my situation. She worked out deals for me to be able to obtain a hard ship without getting extra points on my license and revoked for good. She made sure I was not going in the process nervous she just wanted me to relax and understand she is taking care of everything.

Ms. Janese is the "truth." She has a reputation as the best in Charlotte County. I have never seen an attorney who was more responsive nor have I seen one more prepared than her. She wouldn't let me take a plea deal...?? Most lawyers dive on that opportunity to clear the case and to move on, but she advised me against it. Ms. Janese searched the law books and found case law that applied to my case and ended up getting my charges thrown out by the judge. The State Attorney didn't even challenge her research or her motions. She always has a smile and her heart is made of pure gold. Ms. Janese Caruthers comes out way above the rest. I recommend her to anyone whether it's a DUI, drug case, sex charge, or burglary. From one end to the next she's got your best interest no matter what the rap says. My case was dismissed on January 12, 2012 and I'm still up to date on the decisions regarding the "drug law challenge." Ms. Janese takes the extra steps, and that's why she is....That Girl!! True Story.

Ms. Janese is the "truth." She has a reputation as the best in Charlotte County. I have never seen an attorney who was more responsive, nor have I sen an attorney more prepared than her. She wouldn't let me take a plea deal...Most lawyers dive on that opportunity to clear the case and to move on, but she advised me against it. Ms. Janese searched the law books and found case law that applied to my case and ended up getting my charges thrown out by the judge. The State Attorney didn't even challenge her research or her motions. She always has a smile and her heart is made of pure gold. Ms. Janese Caruthers comes out way above the rest. I recommend her to anyone whether it's a DUI, drug case, sex charge, or burglary. From one end to the next she's got you best interest no matter what the rap says. My case was dismissed on January 12, 2012 and I am still up to date on the decisions regarding the drug law. Ms. Janese takes the extra step and that's why she is That Girl!

Recently hired Janese for a super simple motion to file (a motion I could have easily filed myself but figured coming from a lawyer, the judge might pay more attention to it). At first, working with Janese was great. She offered a discount to us and I was so grateful. But I have not been happy with her work. She filed a motion and purposely wrote it very vague and stated to me that she "didn't put a lot of details in the motion because I find that the judge doesn't read much and he likes hearing it in court". Well after nearly 2 weeks since the motion was filed, we still didn't have a hearing scheduled. Janese informed me that the judge wouldn't allow his assistant to schedule the hearing until he read the motion. Days later he denied the motion and we never got to present our case in a hearing! Dumbfounded when I found this out on my own by looking up public info on the court website, I emailed Janese asking for any information as to why we wouldn't get a hearing. I've emailed multiple times and text her... no response. She got her money to spend 5 minutes typing up a motion and that was the end of it. Its been going on 6 days since the motion was denied and I haven't heard a word from her. Waste of our money... even without a law degree I could have done what she did.
This review is from a person who hired this attorney.
Hired attorney
See all reviews

Janese is truly connecting with clients to satisfy not only their practical needs, but their emotional wants. Janese has many years of experience in criminal law and competenly represents her clients. But just as important, Janese offers not only legal competence but also emotional intelligence to her clients. I endorse this exceptional attorney.

Janice is a well experienced criminal defense attorney. I endorse Janice who works very hard for her clients.

Janese is a wonderful and knowledgable attorney. She prides herself on communication with clients and ascertaining their needs. She is awesome in trial, and professional in the courtroom. She is one of the best attorneys I know, and she does not shy away from challenges. If anyone is seeking a confident, ethical, and brilliant attorney, Janese is the person for the job.

Janese is a zealous advocate who does not shy away from confrontation.

I endorse this lawyer. Janese is a skilled and conscientious advocate.

Janese is an intelligent hard working attorney. She is dedicated to her clients and is a fantastic advocate for their interests.

I endorse this lawyer. Ms. Caruthers is very knowledgeable in the area of criminal law and goes above and beyond for her clients.

I endorse Janese as an excellent lawyer and litigator. She fears nothing and will tackle any case with sincere and true passion for the law.

I wholeheartedly endorse Janese. She does not give up on a tough case, juries love her, and she knows the local judiciary and prosecutors -- who also respect her abilities. I would not hesitate to hire her to represent my family or friends in the Southwest Florida area.

After having had the pleasure of working with Ms. Caruthers, I can say that she is a strong and aggressive advocate for her clients and extremely knowledgeable about the law. I endorse her without reservation

I have worked in the legal field with Ms. Caruthers for a number of years and have worker with her closely on a number of cases. She is a tenacious advocate for her clients as well as an excellent trial attorney. I offer my wholehearted endorsement.

I endorse this lawyer.I have had the opportunity to work with Attorney Caruthers on several cases in the past when we were both working in the Public Defender's office. She has always acted as a true professional.

I endorse this lawyer. Ms. Caruthers is an excellent criminal defense lawyer. I have seen her skills as a trial lawyer and know she gives her clients the attention they deserve and desire. She has tried more cases than most attorneys do in a lifetime. She is highly capable in motion practice and in all aspects of trial litigation and post conviction proceedings.