The Law Office of Joseph Hughes P.A. is a real estate litigation and transactions law practice. 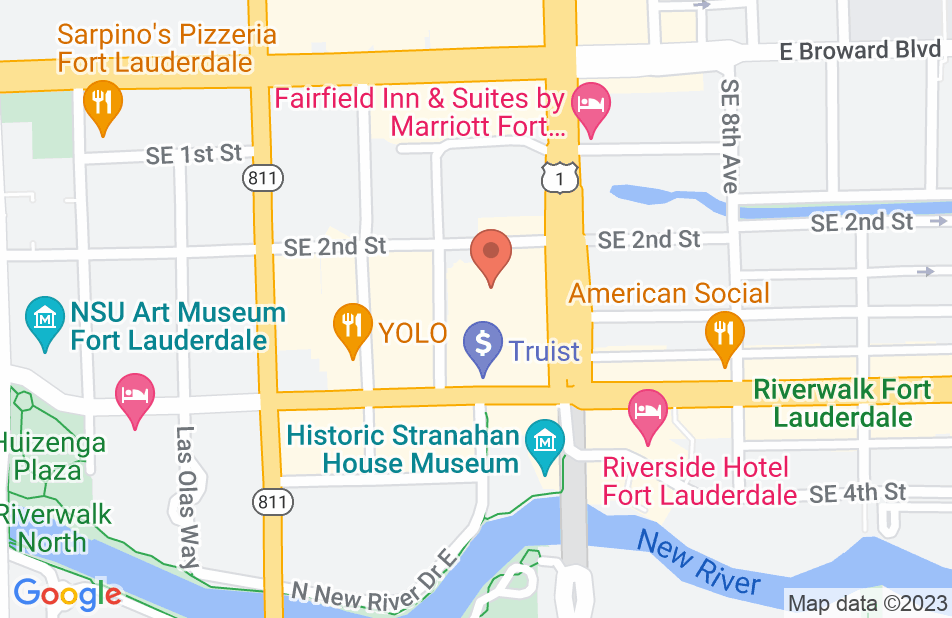 I can't say enough positive thoughts about Joseph. He is smart, tough, dedicated and truly a good person who cares. I interviewed a few different lawyers before I retained Joseph, and he always had a positive attitude, and was constantly brainstorming for the best way to present my case, so we could ultimately achieve the right results. Don't waste your time looking for another attorney....Joseph is the man that will get the job done!!
This review is from a person who hired this attorney.
Hired attorney

I must give an Outstanding ovation for Joseph’s theral effort anin resolving a highly important case he handled for our family.

Working with Mr. Hughes was a great experience. He was extremely professional and thorough, was readily available, and really took charge of the case as though -- as one reviewer has mentioned -- it was his only case. I contacted him because, months after we moved out in good standing, our landlord had not responded to numerous requests to return our $3,600 security deposit. I was a little leery, because this out-of-state landlord can be arrogant. In addition, we had accidentally damaged some flooring and acknowledged we expected to forfeit some of the deposit. Our landlord was served Monday, April 30 and began negotiating with Mr. Hughes that same day. On May 1, we had a settlement, and on May 3, the agreed-upon amount was wired into our account (more than we expected to recover). After fees and costs, the landlord ended up spending more than the $3,600 he withheld, which we hope will improve his dealings with tenants in the future. Well done, Mr. Hughes!
This review is from a person who hired this attorney.
Hired attorney

My husband and I utilized his services for a landlord tenant dispute and were extremely pleased. Joseph Hughes is hard working, attentive, caring and well qualified. We highly recommend him!! Thank you for everything!!
This review is from a person who hired this attorney.
Hired attorney

I contacted Mr. Hughes in reference to a security deposit a landlord was trying to withhold. Me. Hughes was very knowledgeable, efficient and settled the dispute very quickly in my favor. I would definitely recommend him.
This review is from a person who hired this attorney.
Hired attorney

Professional and efficient. I contacted the firm to help me in a complex legal dispute. Attorney Joseph settled my case quickly and I got more of a settlement than I was expecting. I could tell he was working hard and my case moved along quickly. Highly recommend!!
This review is from a person who hired this attorney.
Hired attorney

I was fortunate to find Joseph through the AVVO Talk to a Lawyer service as I needed immediate advice on my landlord/tenant issue. Not only did Joseph provide excellent advice, but he went the extra mile to provide me with a critical document that saved me a lot of time and money! GREAT attorney and great service from AVVO. Thank you!!!
This review is from a potential client who consulted with this attorney.
Consulted attorney

Joseph Hughes, was able to get me my Security Deposit back in less than five days. After I had been trying for two months. I am so great full, excellent service.
This review is from a person who hired this attorney.
Hired attorney

The best lawyer I've ever dealt with

My wife and I had a dispute with a previous landlord regarding our security deposit. We contacted Joe to discuss the situation. Joe decided to represent us in our dispute with the landlord. From the very beginning, we were very impressed with Joe's knowledge of landlord/tenant law. The landlord failed to amicably settle the dispute so Joe represented us in a lawsuit against the landlord. To be honest, we knew an attorney like Joe would be a very busy person, so we didn't expect too much. But to our surprise, Joe handled our case like it was the ONLY case he had. The attention to detail, the preparation and the knowledge of the law he brought to the case was no less than remarkable. In the end, Joe won our case against the landlord. We had a landlord that was very intractable and seemed to not care about the fact that we had a very good case, so Joe took the case all the way to trial and won the case for us. All we really wanted was our security back but Joe managed to recover the security deposit as well as money that we spent as a result of the landlord forcing us to move prematurely. Bottom line, if you want an attorney that's going to vigorously defend your rights every step of the way, hire Joe. You'll be glad you did, particularly if you have a valid dispute with a landlord. And, unfortunately, there are a lot of landlords out there that have a blatant disregard for tenants rights. But you can rest assured that Joe will fight for you all the way to the end.
This review is from a person who hired this attorney.
Hired attorney

I contacted attorney Hughes to recover the depoit from my mom's landlady who refused to give it back in full, despite my mom being an 88 years old lady. Mr. Hughes was always available and willing to answer to my questions and calls. At the end he managed to recover the full amount of the security deposit and made the unfair landlady pay for his fees. I trully recommend Mr. Hughes as a great lawyer. Thank you Joe!
This review is from a person who hired this attorney.
Hired attorney
See all reviews

I endorse this lawyer. Mr. Hughes is attentive, knowledgable and a zealous advocate for his clients.

Joseph is a thorough and diligent attorney. I would highly recommend him to anyone facing issues with a landlord.

I recommend Mr. Hughes to any of my clients who are looking for a Landlord & Tenant attorney. He is very knowledgable and understands the needs of his clients. I endorse this lawyer.

Joseph is a go getter and very personable. Have seen him around our networking circles. He is eager to listen and seems devoted to helping his clients. As such, I have no qualms referring people to him. Evan M. Ostfeld, Esq.

Mr. Hughes is a consummate professional. While being on the other side of the aisle from him in court is no picnic, he is a worthy adversary. His preparation and professionalism are top notch.

I endorse Joseph. He is extremely knowledgeable in the areas he practices and fights hard for his clients rights.

Joseph is extremely knowledgeable and a very strong advocate on behalf of his clients. He is always courteous and professional.

Joe is an excellent lawyer who really goes above and beyond to get the best results for his clients. I endorse this lawyer.

An energetic and knowledgeable tenant attorney. You will be in good hands

I can personally attest that Mr. Hughes is an excellent attorney. He is the type of attorney that does not cut corners or take shortcuts to get to the desired result. He meticulously studies the law and has a very strong work ethic. I endorse this lawyer.

I have known Joseph Hughes for the past 7 years and he has always been hardworking and diligent. If he does not know the answer you can rest assured he will not rest until he does. Furthermore, he takes the time to thoroughly explain everything in easy to understand layman's terms. He is a client focused attorney. I endorse this lawyer.

Joseph is a professional and dedicated attorney. He is courteous and is passionate about helping people. I endorse this attorney.