Attorney Christina A. McKinnon founded her South Florida law firm, the Law Office of Christina A. McKinnon, P.A., in 2004. In the 10-plus years since her firm's doors opened, she has earned a reputation for being a dedicated client advocate. Residents from all across South Florida, including those living in Miami, Pembroke Pines, North Miami, Hollywood, Weston, Davie, Fort Lauderdale and surrounding Miami-Dade and Broward counties, regularly turn to her for legal guidance.

Her legal career began in labor and employee relations in the health care industry, but Ms. McKinnon soon realized that her true calling lay in assisting individuals as they face some of life's greatest challenges. Since entering private practice, attorney McKinnon has focused her career entirely on personal injury and family law. Her abilities have earned her recognition from both the legal and business communities. She holds an AV Preeminent Rating on Martindale-Hubbell, a "Superb" Avvo rating, Success South Florida magazine honored her multiple times and The National Black Lawyers listed her among its Top 100 in 2015. She was also recognized by SuperLawyers Magazine and the South Florida Legal Guide.

In addition to her work in the courtroom, Ms. McKinnon regularly volunteers with a number of organizations in South Florida. Her Pro Bono work has resulted in a number of honors and awards, including a volunteer award from the Community Partnership for the Homeless, inclusion among the Junior League of Miami's Women Who Make a Difference and a Pro Bono award from Dade Legal Aid for her work with the Put Something Back program. Ms. McKinnon was the 2016-2017 Director of the West Broward Chapter of The National Association of Divorce Professionals and was appointed to the 17th Judicial Circuit's Judicial Nominating Commission for a term ending July 2020. 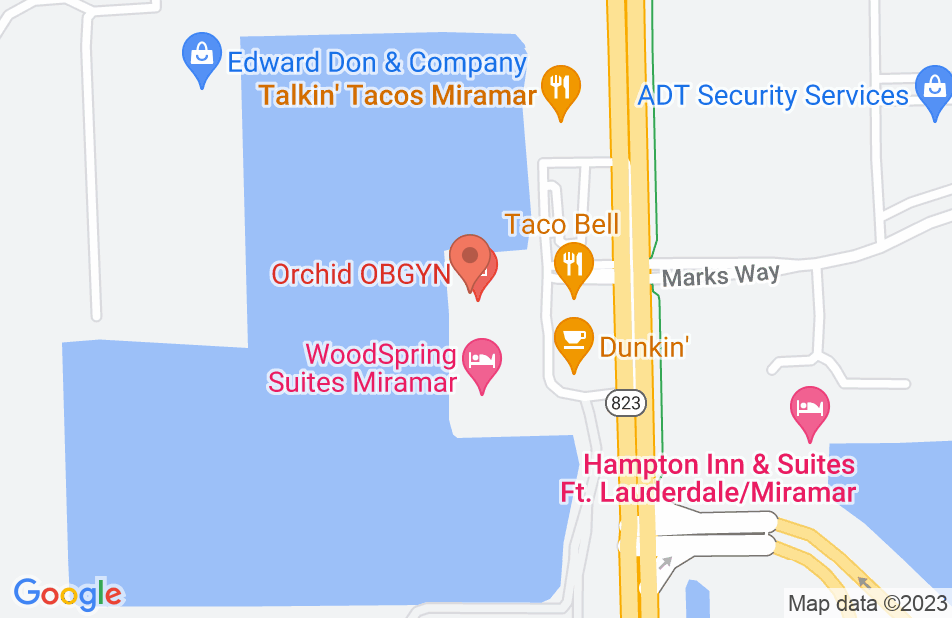 Attorney McKinnon, represented me in my Child Modification Case and she was very thorough and very familiar with Family Law, with her 17 years of experience. She is very honest and upfront about what you should expect without giving you false hope. Well respected in the Legal Community. I have recommended her in the past and will continue to do so.
This review is from a person who hired this attorney.
Hired attorney

Very Professional.....Pitbull In A Dress

Christina is a very wonderful attorney. I hired for 3 separate cases. The 1st case was my divorce. She got me a fair child support settlement & visitation order. Also showing me how to put my personal feelings aside while going through those difficult moments.
This review is from a person who hired this attorney.
Hired attorney
Christina Mckinnon's response: It was a great pleasure working with you and your family! Stay blessed always. McKINNON LEGAL

Christina is an outstanding attorney; very compassionate and knowledgeable. She has fought for me more than once and I am very grateful and pleased with the outcome. She’s definitely not all bark and no bite. Her staff is also very efficient and professional. I would highly recommend Christina and her firm to anyone seeking assistance for their family needs. Thank you, Christina.
This review is from a person who hired this attorney.
Hired attorney

Mrs. McKinnon is extremely diligent and trust worthy. Hired her at the beginning of the year and so far so good. Very passionate and knowledgeable about her work with a no nonsense approach. Tough as they come.
This review is from a person who hired this attorney.
Hired attorney

Attorney Christina McKinnon is an outstanding attorney. My boyfriend had issues being able to see his daughter because the mother was always playing a lot of games. She was able to get him 50/50 shared custody plus more and it alleviated a lot of the stress and problems he was going through! She's extremely tough and direct and doesn't play any games. She's straight to the point and doesn't cut any corners! She fights to the end for her clients and doesn't disappoint! Her assistants and office atmosphere is also amazing. They answer all your calls and respond to all your emails very quickly. I will send anybody I know to her in a heartbeat!
This review is from a person who hired this attorney.
Hired attorney

Ms. McKinnon is a very professional attorney. I originally hired her t help me after a car accident and then hired her to help get me more time with my kids. She was very thorough and was on top my case and filing. Will keep in touch with her office in case I need her in the future. Do yourself a favor and hire her she will get you what you want!
This review is from a person who hired this attorney.
Hired attorney

She was more than what I hoped for in hiring an attorney! Ms. McKinnon is quick and diligent, and got me divorced with a great settlement outcome for me and my children. She is professional but let the other side know she meant business. I am truly grateful to her and will all my contacts to her.
This review is from a person who hired this attorney.
Hired attorney

Mrs. MCKINNON HAD MY CHILD FATHER HELD IN CONTEMPT. FOR NOT PAYING CHILD SUPPORT.ALSO SHE HAD IT TO WHERE HE HAD TO PAY A LUMP SUM OF MONEY WITHIN 30 DAYS OR HE WILL BE SENT TO JAIL. I WILL GLADLY RECOMMEND HER TO ANYONE SHE IS A BEAST AT WHAT SHE DOES. AND FOR MEN TRYING TO INTIMIDATE HER IT WON'T WORK. YOU WON'T BE BACKING HER UP IN NO CORNER.AND I CURRENTLY RECOMMEND HER TO FRIENDS AND COWORKERS. MRS MCKINNON STAYS ON POINT.
This review is from a person who hired this attorney.
Hired attorney

I hired this lawyer in an injury case, and she delivered above my expectations. Personable and reliable representation throughout the entire case. She got me a large settlement, too! I will send all my friends and family to her!
This review is from a person who hired this attorney.
Hired attorney

I hired this lawyer in my divorce, and she got me alimony, child support and a better share of the assets than my husband. Great court presence gets good results.
This review is from a person who hired this attorney.
Hired attorney
See all reviews

I endorse this lawyer. Attorney McKinnon is dedicate, savvy, and caring family law attorney. Passionate about her work, she always works towards getting her clients what they need, want, and more. If you ever need to hire a lawyer for custody/divorce, Attorney McKinnon is as far as you need to look.

Christina McKinnon is the founder and principal of McKinnon Legal. She has extensive subject matter experience in personal injury matters and family law. She is a gifted litigator who serves her clients well. She offers a true concierge legal practice to her clients. She is a tireless advocate and obtains exceptional results for her clients. Without hesitation I recommend and endorse Christina.

I had the pleasure of meeting Christina at an event recently. She is the consummate legal professional. Her legal knowledge in family law is unmatched and her attention to detail is impressive. Christina advocates zealously and successfully for her clients. I would not hesitate to recommend her services to my clients and also to my friends and family.

Christina is an amazing lawyer. I would have no reservations about referring my friends, families and clients to her should they ever need a family lawyer.

Christina really cares about her clients and is passionate about family law!

Christine is an excellent attorney, with many years of experience. I have no doubt that she and her staff will go above and beyond for you.

Christina is a savvy attorney that leads an efficient and compassion legal team.

Christina is an excellent attorney for. Oath personal injury and family law. She is recognized for her legal knowledge and I do not hesitate to refer cases to her.

Christina is a dedicated and compassionate individual. Her background and experience enables her to effectively represent her client's interests in the delicate and sensitive issues involved with a family law practice. I absolutely endorse Christina!

Christina is a bright, articulate, aggressive and dedicated attorney who does what's necessary to ensure her clients get what they deserve and need when involved in family law matters. I strongly recommend Christina McKinnon if you have a family law matter.

Very soon after meeting Christina you will know that she is a caring and compassionate family law attorney. If you are looking to hire someone to help you through the difficult process of divorce or custody, look no further than Christina.

Attorney McKinnon is a seasoned Family Law Attorney who aggressively advocates on behalf of her Clients. She has also been highly-involved in the local legal community and has held a number of leadership positions which means her fellow lawyers hold her in high regard.

I endorse this lawyer. She is a hardworking advocate for her clients. She is well respected in the community and very knowledgeable. She is a great attorney.

I endorse this lawyer! She is a hardworking advocate for her clients and is very active in the community professionally and personally.