Stephanie Lynn Ramos, Esq. isn’t your typical attorney. Stephanie’s maternal grandfather passed through Ellis Island in the 1920s and her father came to the United States from Puerto Rico in the late 1970’s. Born in Newark, NJ. Stephanie was raised in many impoverished, immigrant-rich, urban neighborhoods on the east coast of the U.S. As a child, she grew up in a family of 12 kids that was extremely poor. Her family was evicted from several homes, causing her family to move frequently. Her turbulent upbringing made getting her education a unique and difficult journey.

Because of various family challenges, Stephanie was forced to leave her family, then living in Baltimore, MD, at fourteen to live with her grandmother in the diverse city of Elizabeth, NJ. She graduated from Elizabeth High School in 2000 in the top of her class. She fought to get her college education and after 8 years; a divorce; the birth of her daughter, Kenisha; juggling multiple jobs while taking classes on and off; and a strong helpings of life’s curveballs, Stephanie finally graduated Magna Cum Laude from the University of Connecticut in 2009 with a Bachelor’s degree in Human Services and a minor in Women’s Studies.

While in undergrad at UConn, Stephanie became involved in advocacy work for women and minorities. She organized events to raise funds and awareness for the various groups in her community that were facing discrimination, violence, and poverty in their daily lives. Her unique struggles as a child instilled in her an empathy for people that were struggling just to get by. It was in during this time that a beloved mentor, Ingrid Semaan, Ph.D. told her that she would be an amazing lawyer and that the law would be a place that she could have a hugely positive impact.

Although Stephanie wasn’t completely sold on going to law school, she continued to explore the idea while working at the Domestic Violence Crisis Center (DVCC) in Stamford, CT after graduation. She witnessed time after time the struggle of women desperately in need of legal help to escape their abusers and how immigration status compounded that struggle. While working at DVCC and raising her toddler, she applied and was accepted to Pace Law School in White Plains, NY. Her daughter was just 2 years old when she started at Pace in the Fall of 2011.

Stephanie met Professor Vanessa Merton, Esq. during an admitted student event. The professor gave her a tour of the Immigration Justice Clinic (IJC) at John Jay Legal services. Stephanie learned during that tour of the tremendous good that could be done through immigration legal service. The IJC student attorneys were helping reunited families, domestic violence victims leave abusive relationships, and female genital mutilation victims find peace. The impact of that work stayed with her throughout law school and she would go on to participate in the IJC as a 3L student.

She and her partner Miriam Lacroix, Esq. would author a paper together tracing the discrimination embedded in U.S. immigration laws and served as the first “Semester in Practice” students at Pace Law School. She had fallen in love with immigration law practice by the time she graduated law school and made a lifelong friend and business partner with Miriam. It was then that she and Miriam began to plan and dream of opening their own immigration law firm.

Stephanie now enjoys representing clients from all over the world as the immigrate to the United States in various types of family and humanitarian based visas. When not helping immigrants Stephanie loves to read, volunteer with local community organizations and spending time with her daughter and their cat, Kyo. Stephanie looks forward to continuing to grow Lacroix Ramos so that the firm can help exponentially more immigrants migrate to the United States successfully. Stephanie feels blessed that she is able to wake up every day to a career she finds so deeply satisfying and rewarding.

She is admitted to practice in New York and New Jersey. 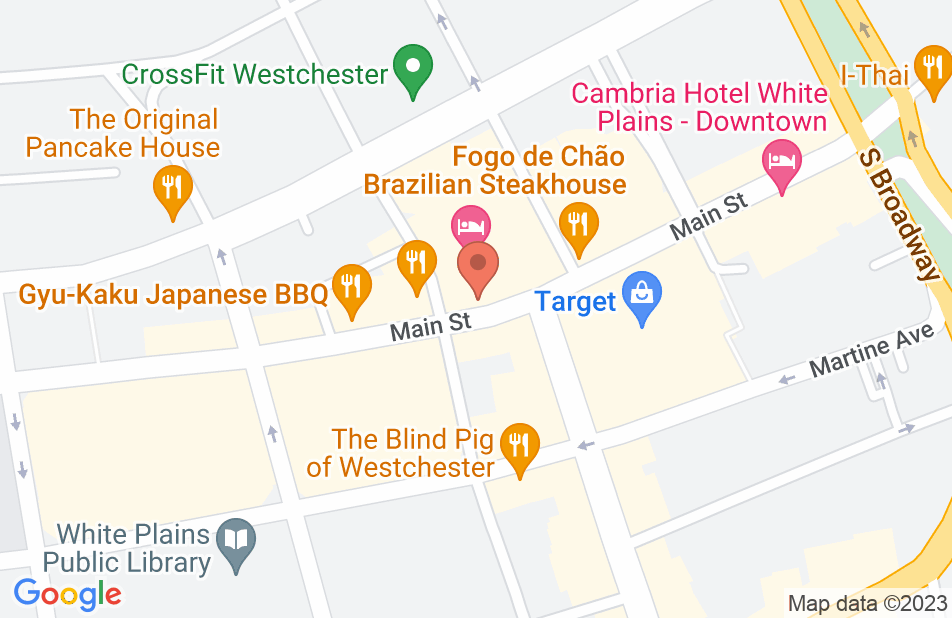 Not yet reviewed
Review Stephanie Ramos

Stephanie relates well to her client's and works hard to help them achieve their goals.

I had the pleasure of meeting Stephanie and hearing her speak recently about Immigration law at an event. Stephanie has a wealth of knowledge and expertise that surpasses her time in practice and really cares about helping her clients. She is professional but also very approachable. I would not hesitate to send my clients to her when they need help with an immigration matter.

Stephanie is a zealous advocate for her clients. She works tirelessly to ensure that all immigrants whom she assists get the help they need and the help that they deserve. I highly endorse this lawyer.

I endorse this lawyer. She knows all about immigration and will go the extra mile to make sure her client's objectives are met.

I endorse this lawyer. She knows what she's doing and gets great results. Sending her more cases.

Stephanie is extremely passionate about helping people through the complex immigration process.

I recently heard Stephanie speak. She is extremely passionate and knowledgeable about what she does, which translates into how dedicated and determined she is to effectively represent her clients and the difficult issues they face with immigration. I strongly endorse this lawyer.

I highly endorse this lawyer. I had the pleasure of hearing Stephanie speak at a function recently and it is clear that she truly cares for her clients and is passionate about helping others. If you are looking for an immigration attorney, stop looking and hire Stephanie. You won't regret it.

I highly endorse this lawyer. Stephanie is the ultimate professional in immigration law. Her goal is to help her clients and their families achieve their dream.

I endorse this lawyer. Stephanie is very knowledgeable and is passionate about her field. I do not hesitate to refer clients to her who are located near her.

Stephanie has a true desire to help those with immigration issues, I endorse this lawyer.

Stephanie worked with and learned from the best immigration attorneys in the field. She fights hard for her clients and cares for them on a personal level.

Stephanie and Miriam are serious about their business. I endorse this lawyer.