Described by friends, family, and many of her clients as a prolific deliverer of truth and justice, Anabelle Dias shines as the leader of The Law Offices of Anabelle Dias, P.A.

"I called Anabelle at 11 a.m. on a Friday morning. I was in her office within the hour. After almost 2 years of being neglected, ignored, and mistreated by another attorney, and over 5 months of being separated from my husband, she took his case that same day, worked on it the entire weekend, and had him home Monday night, just in time for Christmas"—Melissa, a former client.

The time between arrest and trial can be extremely stressful; the attention that Anabelle gives her clients can be of great comfort during this time. "Anabelle is more than an attorney", says Lauren, another former client. "In one of the most heartbreaking times of a client's life, she was like a second mother to me before we even met. From my very first phone call to her office I knew she was the one who would help me get my life back. Anabelle is not only a forceful advocate for justice, but an amazing, sweet, reassuring person".

Anabelle first came to the US from France in 1990. Upon graduating with a degree in Accounting from The Florida State University, Anabelle was accepted to the prestigious Florida State University College of Law. Anabelle has been a practicing attorney in the state of Florida since 1999 and she handles almost exclusively criminal cases. Anabelle is fluent in French, as well as conversational Spanish and Portugese. She has lived in several countries, giving her an amazing ability to work with people of diverse backgrounds and make everyone feel comfortable in her presence.

Early in her career Anabelle worked as an attorney in the Leon County Public Defender’s Office. During that time, she handled felony, misdemeanor, traffic, and juvenile cases in Leon, Gadsden, and Liberty County. Her former employer, Ed, described her at the time as "smart, stubborn, gutsy, and an advocate extraordinaire." She remains each of these and more today. Anabelle has extensive trial experience and works well with Offices of the State Attorney to achieve the best possible outcomes for her clients, touting high-profile trial wins as proof that the truth prevails over all. Later, Anabelle worked in private practice handling civil rights cases.

With over 1,000 cases ranging from assaults and robberies to murders and kidnappings, Anabelle is equipped to handle any situation she may come across in the courtroom. Anabelle has obtained many not guilty verdicts, as well as secured pleas that prevent her clients from becoming convicted felons.

Anabelle is very active in the community through academics and civic measures. She has worked as an adjunct instructor at Tallahassee Community College, teaching various undergraduate legal classes. Anabelle also is an advocate for ending homelessness by donating clothes and supplies in the winter months to the less fortunate. Anabelle was also very involved in aiding the victims of Hurricane Katrina where she collected both monetary donations and other needed items, working with others to personally deliver the items to our neighbors in need.

Anabelle believes that communication is the keystone to quality representation of clients. She strives to keep all avenues of communication open to collect information about a client’s case, and all possible options as they proceed through the judicial process. Anabelle goes out of her way to accommodate client’s schedules and their particular needs. Anabelle provides determined, compassionate, and reasonable legal representation. In short, criminal defense is far more than just a business to Anabelle; she bleeds for her clients, and it shows. 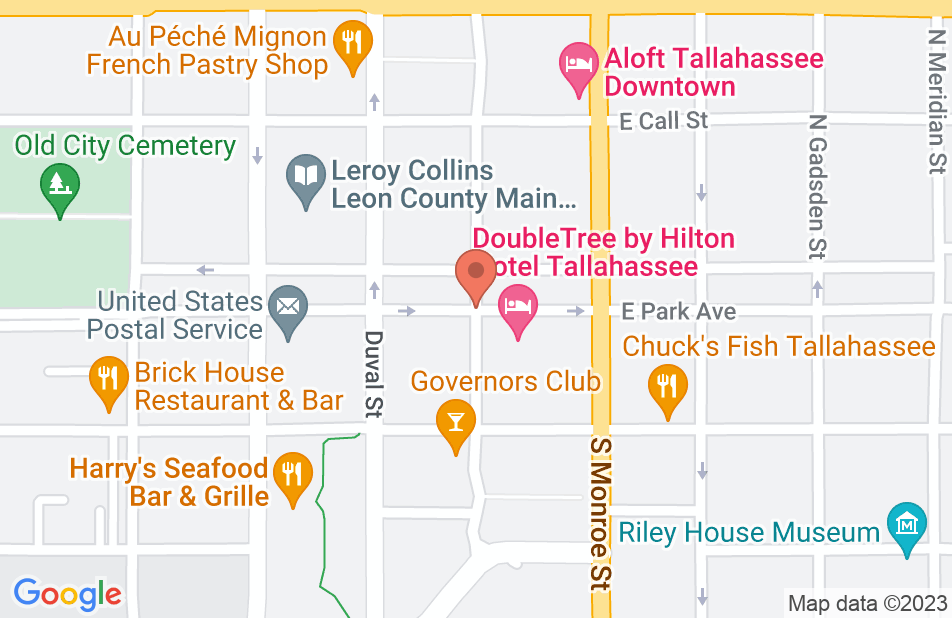 I had been in a rough spot in life. Was severely injured and had my civil rights violated. I was referred to Anabelle's Law firm. She went above and beyond the call of duty, kept me inform and involved in my case. Thanks to her I got the money I deserved and was able to rebuild my life. I'm not independent, healthy and financially secure Thanks to Annabelle's work on my case.

Anabelle was able to help my fiance get a very favorable sentence from the judge when we thought there was no hope. We thought that he would go to prison for sure but Anabelle was able to convince the judge that more harm than good would come from that. I can't thank her enough! She is very personable, warm, and you can tell that she truly cares about her clients and their families. When it comes to Criminal Defense Attorneys you can't find a better one than Anabelle and her wonderful staff!
See all reviews

Anabelle is a fantastic and fearless criminal defense lawyer who I endorse without hesitation. She is a tireless advocate for her clients, and you can rest assured she will fight for the best possible outcome in your case.

Tor Jensen-Friedman, Personal injury Attorney on May 3, 2016
Relationship: Worked together on matter

Annabelle is always behind her clients and fights very hard for them regardless of the charge.

Michael MacNamara, Criminal defense Attorney on May 2, 2016
Relationship: Worked together on matter

Anabelle is the most fierce advocate for her client's rights that I have ever met. She works tirelessly for her clients to get them the best possible result. She is fearless and it shows in the courtroom. But she is also compassionate. You will never meet a more selfless, giving person, much less lawyer in the world.

I endorse this lawyer. Ms. Dias is dedicated, hardworking, compassionate and passionate. She deeply cares for her clients and ensuring the best possible result.

I endorse this lawyer. She has a great reputation, is smart and very hard working.

Anabelle Dias is a dedicated trial lawyer that goes the extra distance for her clients to win their case. I recommend this lawyer.

Ms. Dias works hard to get excellent results for her clients. I endorse her work.

I endorse this lawyer. I've known Ms. Dias since we worked together at the Public Defender's Office. She's a great lawyer who really cares about her clients. She's both creative and a zealous advocate.

Marie Mattox, Employment and labor Attorney on Sep 14, 2012
Relationship: Worked together on matter

I endorse this lawyer. I have worked in the same courts as Ms. Dias for over 10 years, and know her to be persistent, thorough, and professional in the way she represents her clients. She is energetic and passionate, and she takes a good proportion of her cases to trial if she cannot negotiate a fair disposition. She is fearless. She is effective with both Judges and jurors. If I ever need a lawyer, it will be she that I hire to defend me.

Steve Santiago, DUI and DWI Attorney on Aug 29, 2012
Relationship: Worked together on matter

I endorse this lawyer. She is an excellent advocate for her clients. Extremely knowledgable and professional.

I endorse this lawyer. Great lawyer and great firm.

I endorse this lawyer. Anabelle Dias is one of the best trial attorneys I have ever had the pleasure of working with. I highly recommend her.

Anabelle is very dedicated to her clients and will go out of her way to represent people fully and wholeheartedly. I absolutely endorse this lawyer.