My practice handles workers' compensation cases exclusively. The insurance company has its lawyers. Don't go at it alone. Call me for a free consultation.

Bryan Ramos is consistently named a Top Attorney in Georgia, as published by Atlanta Magazine, for his professionalism and effectiveness in handling Georgia workers' compensation claims in the Greater-Metro Atlanta area and statewide. He is recognized by Martindale-Hubbell as being an AV Preeminent* lawyer, designating the highest possible rating in both legal ability and ethical standards in representing Georgia's working class.  Most recenlty, he has earned the designation of being one of the Top 100 Georgia lawyers in 2020 by Super Lawyers Magazine.

Mr. Ramos started his career as the law clerk for the Superior Court of Houston County, Georgia where he served three judges in Middle Georgia. Subsequently, he accepted an associate lawyer position with the litigaton firm of Drew, Eckl & Farham, LLP in Atlanta. As Mr Ramos identified more with the injured workers, he decided to open the Ramos Law Firm in April 2005 to serve the working class of Georgia. He has litigated cases throughout the State of Georgia and has tended to matters up to the Supreme Court of Georgia.

Mr. Ramos is a frequent lecturer on workers' compensation issues and his legal articles have been published in several national and regional magazines. He is committed to achieving the most favorable results for his clients. Together with his legal team of dedicated professionals, Mr. Ramos prides himself being an effective advocate for Georgia's injured worker and civil justice.

Mr. Ramos is an alumnus of the Walter F. George School of Law at Mercer University, and he is a graduate of the College of Arts and Sciences at the Florida State University. He is a member of the Supreme Court of the United States, Federal Northern District Court, Georgia Supreme Court, and Georgia Court of Appeals. 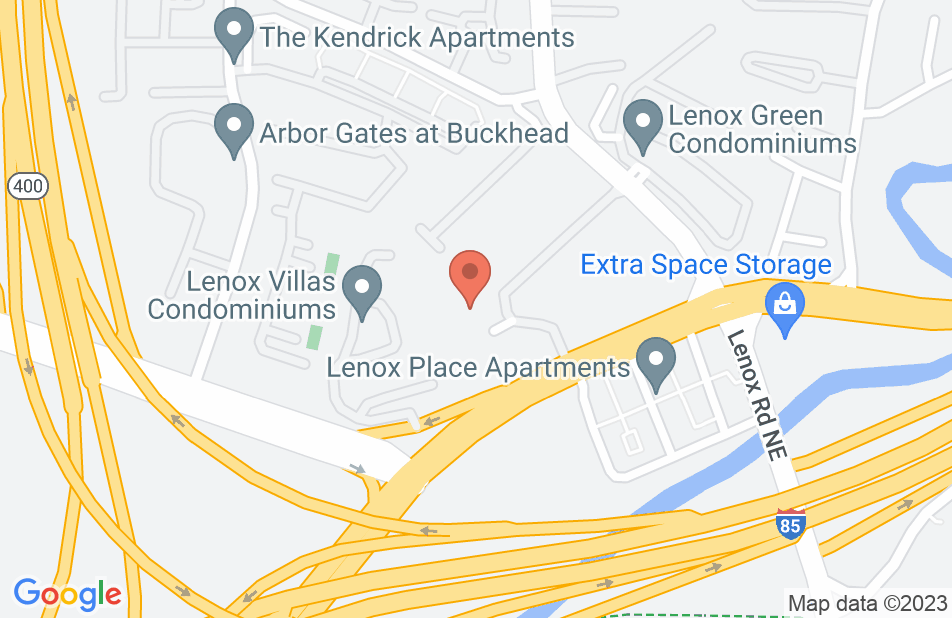 The Ramos Law Firm did everything with excellence and integrity. They were easy to get in touch with throughout the entire process of my case and extremely informative to me as the client.
This review is from a person who hired this attorney.
Hired attorney

Bryan were honest in reviewing my case he kept me up to date about my case and he also gave me the confidence I needed when I was feeling down doing my case and with that saying I appreciate Bryan Ramos's
This review is from a person who hired this attorney.
Hired attorney
Bryan Ramos' response: I sincerely appreciate this comment. I wish I knew which client this came from but I nevertheless grateful for you entrusting me with your case.

The Best Attorneys in Georgia

These are the most hardest working, kindess, caring lawyers I've ever meet. They informed me of all my rights as well as made all the legal process simple an easy for me who do not know anything about this process. They also have a awesome team who not only look at this a job but truly care about their clients feeling better not only physically but financially also. I thank God for them if it wasn't for them going to bat for me against these big companies not only me but my family would be financially hurt big time and would have lost everything but thanks to The Ramos law firm they want able to get my weekly checks that was originally denied immediately approved as well as all my doctor appointment, medication, x-rays, and physical therapy paid for in full. They get to work on your case immediately and very efficient they got me a awesome settlement when originally my case was denied. I will refer any one who is hurt in a work related accident the Ramos law firm information if they want the best!!!!
This review is from a person who hired this attorney.
Hired attorney

It has been an honor to be represented by someone that listens to your case. Ramos and staff helped me through some really tough times in getting me my workers compensation settlement. Brian is easy to work with and goes out of his way to help in anyway he can. It has been 10 year's now and he still gives me a all to say "Hello" and I can rely on a Christmas card every year. This is the company you want, and Mr. Ramos is polite and honest.
This review is from a person who hired this attorney.
Hired attorney

I came across with attorney, Mr. Bryan by one of my acquaintances after my wife got injured on her job. Mr. Bryan represented our case very professionally and with personal attention. His experience and knowledge in law helped us getting the medical treatment and other benefits under worker’s compensation. We were able to get justice mainly by indulgence of our attorney, Mr. Bryan Ramos and his law firm. I highly recommend this law firm for all types of legal helps.
This review is from a potential client who consulted with this attorney.
Consulted attorney

Attorney Ramos and his team were thorough and extremely thoughtful. While I believed that justice would not be served, Bryan persevered and made sure that I was protected and taken care of. I would definitely use him again. Thank you!
This review is from a person who hired this attorney.
Hired attorney

Awesome lawyer he did a fantastic job with my worker's compensation case. I would definitely recommend his firm.
This review is from a person who hired this attorney.
Hired attorney

Attorney Ramos and Gail are the best team ever. I couldn't believe that Attorney Ramos answered the phone when I called in desperate need of help. Attorney Ramos patiently listened to me, and to my case. What lawyer is going to answer the phone these days, and answer your many questions. Attorney Bryan Ramos will. My pressures were finally off. I was relieved. Attorney Ramos and Gail took care of me. When I was down Gail lifted me up. Gail was always available for me. If I called with a concern, Gail immediately called me back. If I needed transportation to a doctor, Gail arranged my transportation immediately. I highly recommend the Ramos law firm. Once my case was over I missed Gail and Bryan because they became like family to me. The strong support. Caring for my every need. If you are looking for a strong, professional team, contact Ramos Law Firm. Dedicated, strong, caring team. Simply the BEST. I sincerely thank both Bryan Ramos and Gail Bailey for taking such good care of me. Thank you, Thank you, Thank you. May God Bless you and yours. I will never forget you.
This review is from a person who hired this attorney.
Hired attorney

A Leader in Georgia Law

Bryan Ramos’s leadership and knowledge in Georgia Worker’s Compensation law exceeded my expectations. His thorough review of my case and invaluable guidance helped me in winning a favorable outcome. Bryan and his team’s attention to details and continuous collaboration with his clients’ set him apart from the masses. I would recommend Bryan and his team to anyone facing the difficult task of navigating a work injury as you truly are gaining a winning partnership.
This review is from a person who hired this attorney.
Hired attorney

From day one Bryan was on the ball. Very grateful to him. There isn't anything to complain about with him or his law firm. He's a straight up dude. Couldn't have asked a better lawyer. I would highly recommend him to anyone. Believe me when I tell you this. Around here in my neck of the woods my word is my bond. He will be recommended from me to my ppl. Thanks again Bryan. Thanks for boosting my future to where it's going now. I'm truly grateful to you bro
This review is from a person who hired this attorney.
Hired attorney
See all reviews

I've known Atty. Ramos for years and I endorse him. When I litigated cases against him, he was always a zealous advocate for his clients.

I endorse this lawyer. Bryan Ramos is the best workers compensation lawyer I know, hands down! I have and will continue to refer friends, family, lawyers, and clients to him.

Bryan is the one we send any worker's compensation case to. Gets results. Highly recommended.

As a colleague and mentee of Attorney Ramos, I write this endorsement with great pleasure. Bryan is an expert in workers compensation law and a true advocate for his clients. He is competent, efficient, and extremely effective. Not only has he taught me excellent litigation skills, he has taught me the importance of ethics, integrity, and professionalism within the profession. He truly cares about my personal and professional development and has been very supportive of my participation in the 2016 YLD Leadership Academy. As Bryan is greatly respected in the legal community as a whole, it is an honor to work alongside him.

Bryan Ramos is an excellent attorney who works hard for his clients and he has the utmost integrity. I endorse him without reservation.

Bryan is an extremely talented and respected attorney in the legal community with a well earned reputation for being a fierce warrior in the courtroom. I wholeheartedly recommend him to anyone looking for a lawyer who truly cares about protecting the rights of his clients and getting them the most favorable result possible.

I endorse Brian. He is an excellent advocate for his clients and is respected in the legal community.

Bryan is a skilled and highly experienced workers comp attorney in the Atlanta area. I recommend him for any and all comp issues that you might have.

I fully endorse Bryan as it relates to his legal work in Worker's Compensation in Georgia. He is aggressive but professional: qualities that benefit his clients tremendously. I'd refer an injured family member to Bryan without hesitation.

I have known and worked with Bryan for several years. He is a skilled and experienced attorney who is dedicated to his work and has his clients best interest in mind. His style is effective, and his results speak for themselves. I am more than happy to endorse Bryan Ramos.

Bryan is highly competent, professional and, while zealously representing his clients is always very pleasant to work with.

Bryan gives nothing less than 100% to each and every client he represents in a workers compensation matter. He does not shy away from difficult cases and has the experience and drive to get results. I have worked with Bryan and highly recommend him to anyone looking for the best possible representation.

Brian is a skilled and experienced workers' compensation attorney. I would highly recommend him to anyone seeking an attorney following a job injury. He will fight for his clients and go the extra mile to make sure their needs are met.

I endorse this lawyer. Bryan is highly qualified in workers' compensation matters and will furnish effective representation to his clients.

I worked with Bryan for many years before he started his own firm. Bryan is a fine lawyer, is well-respected in the legal community, and I endorse him without reservations.

Bryan is a true injured person's advocate and knows how to navigate the ins and outs of workers' compensation law to obtain the best results for his clients. He is an excellent lawyer and a great person.

I have referred workers' compensation clients to Bryan and have found him to be very competent and diligent in his representation. The clients I have referred have been very happy with the results of their cases, and the interactions with Bryan and his firm.

He is the best in the business. Highly recommended!