Upon graduation from law school, Rick began his legal career at a law firm in Marietta, and subsequently worked for an insurance defense firm in Atlanta. Prior to representing injured workers, Rick focused on defending employers and insurance companies in workers' compensation matters. Rick’s practice is now devoted to the representation of injured workers and uses the valuable experience he gained while representing employers and insurance companies to ensure his clients obtain all benefits to which they are entitled under the Workers’ Compensation Act.

In his spare time, Rick enjoys traveling and spending time with family and friends. He is bilingual in English and Spanish. 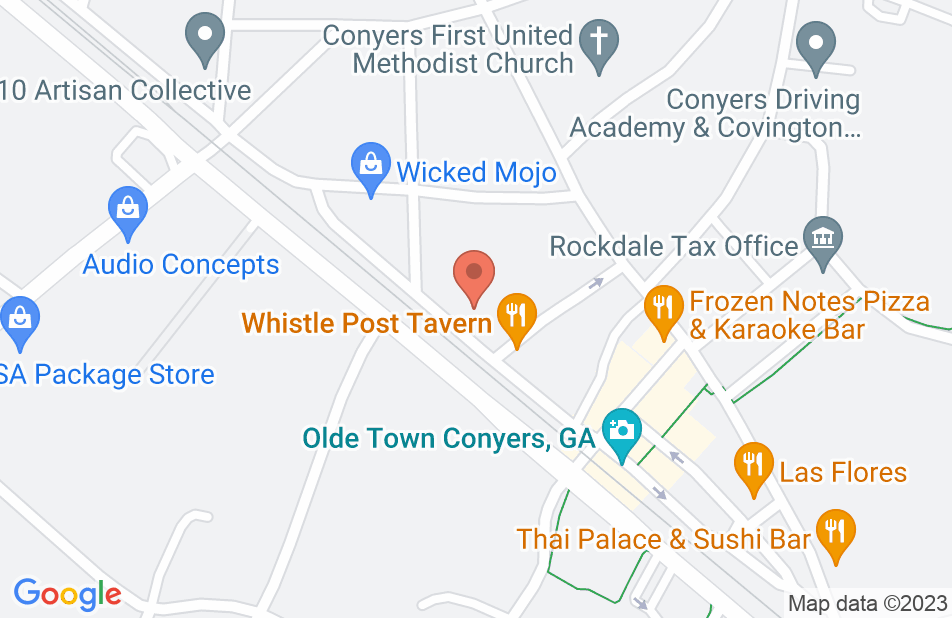 From the moment I stepped in the door to meet with Rick and Martha, his assistant, I felt at ease and knew I would get the attention my case needed. I never felt like a number but instead that I was important to him. Very professional and very hands on when dealing with the insurance companies. I would highly recommend Rick and his team!
This review is from a person who hired this attorney.
Hired attorney

I liked how Attorney Rick handled my case and the way he treats people. I think he is a very good attorney and I recommend him.

When I was injured, I felt bad because the medical help I was given was inadequate. I went to various lawyers, but they did not want to take my case because I worked at a temp agency. Rick did take my case and soon after I started treating with other better doctors, including a specialist. I received compensation for my case that really helped me out, so I recommend attorney Rick

(27)
Are you an attorney? Endorse this lawyer

Rick is a truly outstanding attorney who brings together talent, passion, and deep knowledge of Workers' Comp and Personal Injury law to achieve great outcomes for his clients. He is highly respected by clients, defense counsel, and all our local judges.

Rick is a smart, funny, compassionate attorney. I highly recommend him.

Michael Day, Car accident Attorney on May 19, 2015
Relationship: Worked together on matter

Rick is an excellent asset to have in your legal arsenal. He's very responsive to his client's needs and extremely knowledgeable. I highly recommend him.

Rick is a well qualified, knowledgeable attorney who has refined his skills and uses experience for his clients' good. I endorse him.

I have known Rick since Law School and he has always been persistent, hard working and extremely intelligent about the law. Do not hesitate to trust him with your case - he will do the absolute best job for you. Plus, he's just a really great person!

I worked with Rick on a daily basis for several years. We have discussed many cases and shared many lunches. I can attest that Rick is an outstanding lawyer and an all-around good person. I would not hesitate to refer cases to him and am happy to see the success he is having in his law practice.

Mr. DeMedeiros is a highly effective advocate for his clients who embodies the most noble characteristics of the legal profession. I wholeheartedly endorse him for any matter.

Rick is a talent and experienced attorney. His past experience defending insurance companies ensures good results for his current injured clients on a regular basis. He is smart, capable and professional. Highly recommend.

Rick listens to his client's needs and takes care of them. Always conducts himself in an extremely professional manner.

Rick highly competent, professional and, while zealously representing his clients is always very pleasant to work with.

Mr. DeMedeiros is a well respected and experienced Workers' Compensation attorney. He is compassionate but professional and committed to obtaining the best possible results for his clients. Based on his dedication and successful track record, I recommend him to anyone seeking Workers' Compensation representation.

I endorse this lawyer. Rick is compasionate with his clients. His clients always come first. He zealously represents his clients in an honest and professional manner.

I have no reservations at all about endorsing Mr. DeMedeiros. As a fellow workers' compensation attorney, I know Rick is knowledgeable about the current state of law, and he is respected in the field. Rick is known to go "above and beyond" for his client. I often see Rick at continuing legal educational seminars. Therefore, I know he is always learning how to better serve his clients.

Rick has a great personality that allows him to really connect with people. This connection with clients, combined with his experience working on the other side of the table with employers, makes him an excellent advocate for workers in Georgia.

Rick is an excellent Worker's Compensation attorney, and a great person overall. He fights hard for his clients and truly cares about them as individuals. Mr. DeMedeiros is not satisfied with achieving anything less than the best possible outcome in each client's case. If you have been injured on the job, I very highly recommend contacting Rick DeMedeiros.