NOTICE: ANY RESULT STEPHAN FUTERAL OR HIS LAW FIRM MAY ACHIEVE ON BEHALF OF ONE CLIENT IN ONE MATTER DOES NOT NECESSARiLY INDICATE SIMILAR RESULTS CAN BE OBTAINED FOR OTHER CLIENTS.

Before attending college, Stephan Futeral served in the United States Army from 1982 to 1985 and the United States Army National Guard from 1985 to 1987. While in the military, Mr. Futeral worked with strategic nuclear weapons and was a tactical satellite communications operator in the European Theater. He was also a member of the 440 Armor Unit, Fort Carson, Colorado. Further, he participated in such mass military exercises as Return of Forces to Germany and Desert Chief III.

In 1990, Mr. Futeral graduated from the College of Charleston with a B.S. in Business Administration. Throughout his attendance of the College of Charleston, he was a member of the National Dean's List. In 1990, he received the Outstanding Student Award. He also received the National Collegiate Business Merit Award and the All-American Scholarship Award. Mr. Futeral is a member of the Omicron Delta Kappa Honor Fraternity.

In 1993, Mr. Futeral received his Juris Doctorate from the University of South Carolina School of Law. While in law school, Mr. Futeral was a member of the Moot Court Bar and the Order of the Barristers. He also was a student editor of the American Bar Association's Real Property and Trust Journal. 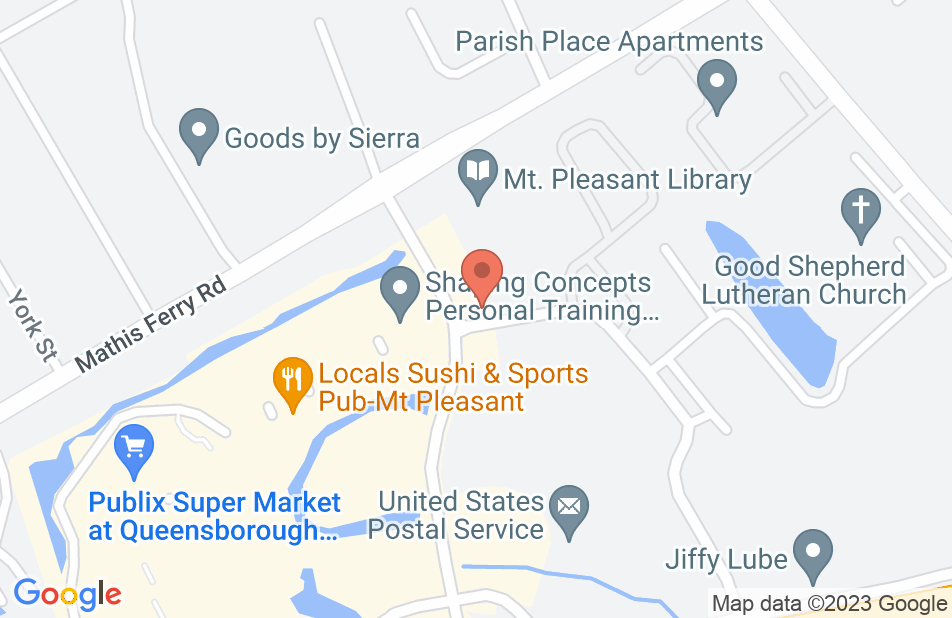 Stephan helped me and my family regarding a recent legal matter in South Carolina. We wed re very pleases with his advice and professionalism. I highly recommend Stephan to anyone who needs a lawyer.
This review is from a person who hired this attorney.
Hired attorney

As a former client of Mr. Futeral's, I can attest to his professionalism and sincere care that he invests in his clients. Mr. Futeral was highly communicative and informative in each of our interactions. He not only gave legal advice to me, but was also empathetic and kind-hearted in what I would consider to be one of the hardest times in my life. I highly recommend him.
Stephan Futeral's response: Thank you so much for leaving a review. It was my pleasure to help you. I wish you the best in the future.

He's a great lawyer and kind hearted too!

He is a knowledgeable, trustworthy and in my experience with lawyers, the classiest lawyer in SC that I had the privelage to work with briefly. I would have kept him longer but he was unable to travel to Conway, SC to represent me since his office is in Mount Pleasant. He's a kind man and has a sweet staff. Stephan go out there and fight for what's right when it comes to these children, be guided by what's true and honest.
Stephan Futeral's response: I just received an email about your review. Clients always have a lot on their plate to deal with. That is why I am truly moved by folks who take time out of their lives to write a review here on AVVO or on Google Reviews. I cannot thank you enough for your kind words. They encourage me and let me know that I am doing right by the people I try to help. If you ever need me again, I'll be here!

My husband and I are very impressed with the professionalism and quality of service provided by Stephan Futeral and his staff. I would HIGHLY recommend this firm. I am a very pleased client!

I consulted with Mr. Futeral to review a new lease agreement containing an obscure addendum that seemingly exposed me to considerable liability. He patiently listened to my concerns, and our discussion greatly clarified my thinking about the issues posed by the new lease. I was also pleased to find that Mr. Futeral was already well informed about matters embodied in the addendum, despite this being a relatively new area of the law in which other lawyers had been unable to provide much guidance for me. By the end of our consultation, I was satisfied that I had a good course of action and understood the points that I needed to negotiate with the landlord. Happily, the landlord agreed to a clarification of the lease that was satisfactory to both parties, but even if that had not happened, I felt that my consultation with Mr. Futeral equipped me to choose from several alternative resolutions that all would have served my best interests. I am very pleased with the advice and insight I received from Mr. Futeral, and without question I will turn to him again the next time I need legal advice.

Stephan was very helpful in our matter especially when things got tense. He is cool, calm, and collected 110% of the time. I would highly recommend Stephan for any litigation matter.

Top notch lawyer with a vast knowledge base

Stephen has a great knowledge base and great ability to adapt from issue to issue. His ability to digest complex issues and allows him to provide a service that gives the client the trusted advisor he/she needs.

I've used Mr. Futeral's services several times over the years. I have always been completely satisfied with his firm. Stephan really cares about his clients and it shows in his work ethic. I have recommended him to many of my friends and family members. All have been pleased.

Extremely satisfied with the process and results

Stephan has represented me on more than one occasion with very good results. I have referred many friends and fellow business owners to Stephan who were also very satisfied with his professionalism and more importantly, the results. I have no hesitation to continue to refer his services.

Mr. Futeral has represented my interest in a case regarding city code violations. Mr. Futeral was very thorough with his knowledge of city law and impressed me with his research to exhaust all of my options. At all times, Mr. Futeral was professional and courteous with all parties involved and succinctly articulated his interpretation of the law and its application to my case. After discussions with our judge and opposing counsel, Mr. Futeral negotiated favorable terms which led to a favorable outcome. I would use his services again, and have recommend his services to friends and family.
See all reviews

I've known Stephan since law school. I've worked with him on several matters over the years. He's a talented lawyer who zealously advocates for his clients. He's also tech savvy and uses technology in his practice to manage complex litigation other lawyers could not handle. I highly recommend him and regularly refer clients to him.

I think very highly of Stephen Futeral both personally and professionally. I first met him when we took a class together many years ago. It was a small group training for 40 hours, and the participants got to know each other pretty well. It was then that I first noticed his keen analytical ability, strong work ethic, technological savvy, and common sense. Over the years, I've referred clients to him and have only heard good comments from people I've sent his way.

Stephan is one of the hardest working and smartest attorney's in our state. I have known Stephan for several years and I have consulted with him on criminal, family and personal injury cases.

I have known Mr. Futeral for several years and have the utmost respect for his legal abilities. He has the experience and knowledge to give his clients that real edge they need in any high stakes litigation. If you want one of the best Charleston attorneys, you should not delay calling Mr. Futeral.

Stephan is a skilled and thorough attorney. He is well respected in the community and I would not hesitate to turn to him for my own legal needs if need be. I have referred several clients to Stephan and trust that he would represent their interests vigorously.

I endorse this lawyer. Stephan Futeral is nationally known and respected among clients and peers. He is a true leader and has created and been active in numerous law Social Media Communities and Attorney networking. He is a vast amount of knowledge and litigation experience in multiple practice areas including family law, personal injury, DUI, and criminal defense. I have had the fortune of engaging, and sharing his high quality and useful law articles he posts on social media and national press releases. On a personal note, I highly admire and respect his organized efforts in non-profit animal rescue, and fostering. I also extend my gratitude for his military service in the United States Army.

I endorse this lawyer. Stephan is dedicated to his clients. He is a regular blogger for the legal community on personal injury, and family law. He regularly comments on SC law, and moderates Legally Speaking, a chat room for legal topics. I believe him to be dedicated, and hard working. I recommend him to you.

I endorse this lawyer. He is an excellent asset to our legal community.

I fully endorse and recommend Stephan Futeral as an excellent lawyer for clients in South Carolina. He has knowledge and experience in a large number of practice areas including personal injury, criminal defense and family law. Stephan is extremely knowledgeable about these areas of law and many others. He is a skilled and zealous legal advocate. Stephan is a co-host of Legally Speaking, a Google Hangout on Air. Each week they discuss issues related to law. These are extremely informative both for lawyers and non-lawyers. Stephan also developed JuryPad, a jury selection mobile App, which is very functional and easy to use. In summary, I would fully recommend and endorse Stephan Futeral for clients in Charleston and throughout South Carolina.

I endorse and highly recommend attorney Stephan Futeral to everyone and anyone seeking a first rate litigation attorney. Stephan has earned the respect and admiration of other members of the legal community. He has extensive knowledge of Divorce, DUI/DWI, Family, Criminal Defense and Personal Injury law. He has written numerous articles about Divorce, Criminal Defense, DUI and Personal Injury matters and has published the leading iPad app for jury selection, JuryPad, that is now available to help lawyers with their jury trials. - http://benchandbarllc.com/ Stephan is an excellent attorney who cares about his clients, always evidencing the highest degree of professionalism and passion in his practice. Hire him.

Stephen is a great contributor to the legal community and is always willing to give his valued opinion on certain aspects of a legal topic or discussion. I respect his opinion and endorse him as a Criminal Attorney in South Carolina.

I fully endorse this lawyer. I have had several lively debates with Mr. Futeral over the years, and he is always very thoughtful and knowledgeable about the law, and seems to be quite concerned about the well being of his clients.

I think very highly of Stephen Futeral both personally and professionally. I first met him when we took a class together many years ago. It was a small group training for 40 hours, and the participants got to know each other pretty well. It was then that I first noticed his keen analytical ability, strong work ethic, technological savvy, and common sense. Over the years, I've referred clients to him and have only heard good comments from people I've sent his way.

I've known Stephan since law school. I've worked with him on several matters over the years. He's a talented lawyer who zealously advocates for his clients. He's also tech savvy and uses technology in his practice to manage complex litigation other lawyers could not handle. I highly recommend him and regularly refer clients to him.

I endorse this lawyer. I have known Stephan for more than twenty years. I know him to be an honest and hard working attorney who gives his all for his clients.