Bad Things Can Happen To Good People. Call now for a free consultation.

Mitchell M. Wells concentrates his law practice in the areas of criminal law, DUI and traffic violations, and has defended thousands of cases.

Prior to entering private practice, Mr. Wells served as an Assistant Attorney General in the Health Care Fraud section of the Office of the Attorney General for the Commonwealth of Virginia. Mr. Wells was responsible for supervising various fraud investigations and litigating Virginia false claim actions in federal court pursuant to the Federal False Claims Act and the Virginia Fraud Against Taxpayers Act.

Before becoming an attorney, Mr. Wells served as a Virginia State Trooper for eight years. Mr. Wells investigated thousands of criminal, drug, DUI, traffic and accident cases; was rated "exceptional" by the Virginia State Police; and, he received 23 commendations for his exemplary service to the Commonwealth of Virginia. He was also filmed by the television show "Real Stories of the Highway Patrol." Mr. Wells was certified by the Virginia Department of Forensic Science as a Breath Test Operator, and by the Virginia Department of Criminal Justice Services as a Crime Prevention Specialist, General Instructor, R.A.D.A.R. operator, V.A.S.C.A.R. operator, and to administer the NHTSA standardized field sobriety tests.

While attending law school, Mr. Wells was a summer law clerk to the Honorable Robert E. Payne, Judge, U.S. District Court, Eastern District of Virginia, and prosecuted criminal, DUI and traffic cases as an intern for the Office of the Commonwealth's Attorney for Henrico County, Virginia. 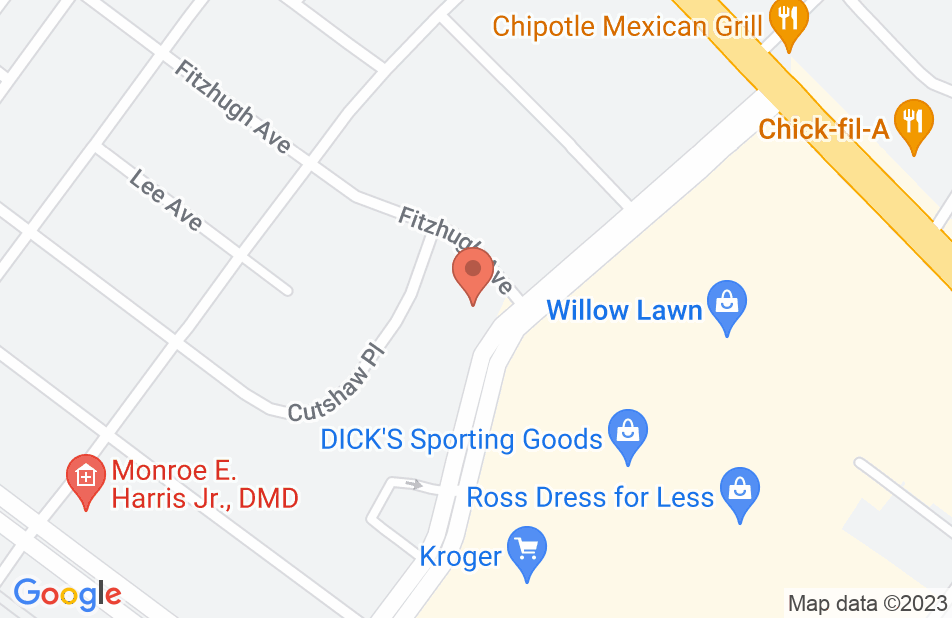 Mitchell Wells is the best lawyer ever. He resolved the whole situation before getting charge. He suggested to proceed my case during investigation. In short period of time, he informed me that the commonwealth attorney dropped all charges against me. I am so relieved!
This review is from a person who hired this attorney.
Hired attorney

Mr. Wells represented me in Hopewell, Virginia for a Reckless Driving citation of 108 in a 70 mph zone. I got this citation on my way to process into the Air Force and I could not afford to have this on my record, so I hired Mr. Wells after consulting 15 different attorneys. Mr. Wells and his law firm did an exceptional job with my case. He was able to get the judge to take a disposition and drop the charge down to improper driving, which is not a misdemeanor. I could not have been more thankful for the job Mr. Wells did. If I was a football coach, Mr. Wells would be my defensive coordinator because that is how great of a defense attorney he is. Keep in mind though that Virginia is a commonwealth and every Judge is different. However, I do not think there is a judge Mr. Wells cannot face. If you received a citation for reckless driving, I recommend you consult with Mr. Wells and he will be willing to help you out as long as you do everything he instructs you to do. God bless you abundantly Mr. Wells!
This review is from a person who hired this attorney.
Hired attorney

I could not be happier with this firm and the handling of my case. While being charged with misdemeanor Reckless Driving, (80+ mph), they were able to get it reduced to a minor charge with no points and protected my driving record and my ability to drive. I would highly recommend them.
This review is from a person who hired this attorney.
Hired attorney

I retained Mr. Wells for my speeding ticket in Henrico 51/35mph and I couldn't be more pleased with my outcome!! All I have to do is driving school and my charge will be dismissed! I want to take this time to truly thank Mr. Wells and his amazing team (his paralegal Erin was fantastic) for working with me! I was in full panic before speaking with him and his team because my driving history wasn't the best but they made me feel 100% better about my situation. I HIGHLY recommend Riley and Wells if you are in any type of pickle!
This review is from a person who hired this attorney.
Hired attorney

I got pulled for doing 84 on 1-95 in Greensville County (Emporia, VA), and even though the speed limit was 70, I received a misdemeanor Reckless Driving charge instead of a run of the mill speeding ticket. Given that I live out of state, and would not be able to attend the court date myself, I called several lawyers. Mr. Wells' proposal was easily the best, and even better, he completely followed through on his promises. I would not consider hiring anyone else to handle traffic violations in the state of VA.
This review is from a person who hired this attorney.
Hired attorney

Excellent experience retaining the law office of Riley & Wells, Mr. Wells took my case to trail and I was found not guilty of the allgeged hit&run, excellent law firm with tremendous experience.
This review is from a person who hired this attorney.
Hired attorney

Fought on my side for a DUI

In 2015, I was arrested and charged with Driving Under the Influence in Central Virginia. A friend that had been in a similar situation recommended Mitch Wells. When I called Mr. Wells, he was particularly helpful in explaining the clause in the law that pertained to my specific situation. After reviewing the case and speaking with the prosecutor, Mr. Wells made it clear what my opinions were and what the possible outcomes might be. Ultimately, I chose a plea deal for a traffic infraction and a fine rather than go to trial despite Mr. Wells being confident that we would win at trial. With a wealth of experience and knowledge, I highly recommend Mitch Wells to family, friends, and strangers.
This review is from a person who hired this attorney.
Hired attorney

I hired Mitch Wells on 2 different occasions over the last couple years. Both were for speeding, but I cant have moving violations on my record. Mitch was very straightforward and helped me to understand the process of his defense. He under promised and over delivered. Mitch was able to get one charge dismissed with driving school, and the other charge changed to a non moving violation with a fine. Both outcomes were more than I could have ever asked for. He and his staff communicated with me the whole way through and I can't thank them enough for their help. The fee was fair and worth every penny. I hope to not be in the situation to need him again, but at least I know who to call if I was.
This review is from a person who hired this attorney.
Hired attorney

I received a reckless driving ticket on my way to work in November 2015. I contacted Mitch Wells and he was so helpful. Mitch told me not to worry and to leave that part up to him. The ticket was for speeding at 77 in a 55mph zone. While I had no idea that I was traveling that fast, still it was a serious offense. I was advised that I did not even have to show up for court on my court date in December 2015, but I did and waited outside the courtroom while Mitch went before the judge and the officer. In just a short time he came back out and said "I have some good news".... "the case was dismissed". I have to attend driving school and when that is completed, I go back to the clerk of the court, pay an $82 fine and the case is dismissed! I'd say that is a professional doing what a true professional does.....he takes his client at heart and does the very best for them that anybody could do. I am so glad that I contacted Mitch and to those reading this review, YOU WILL BE GLAD THAT YOU ALLOWED MITCH AND HIS FIRM TO HANDLE YOUR CASE AS WELL. I have complete confidence that they will assist in any way possible.
This review is from a person who hired this attorney.
Hired attorney

Mrs Wells was excellent. I was unaware that anything over 80mph in the state of Virginia was considered reckless driving. I have heard other states laws are over 90 up to 100. Mr Wells was able to get my ticket reduced from reckless driving to defective equipment. No points, and is considered to be a non moving violation similar to a brake light out. Very happy with the outcome.
This review is from a person who hired this attorney.
Hired attorney
See all reviews

I endorse this lawyer. Always professional and not afraid to try a case.

I endorse Mitchell. He is a highly skilled attorney that is well respected in the legal community.

I endorse Mitch Wells for his DUI, traffic, and criminal defense practices. He has demonstrated his commitment to providing capable and thorough defense. He is a lawyer I refer to for the Richmond area.

Mitchell Wells is an exceptional attorney with a firm understanding of the law and an advocate for his clients. I would recommend him to anyone in the Richmond area needing legal advice for a criminal or traffic case.

I endorse this lawyer. The go-to guy in Richmond and for military personnel at Fort Lee.

Whenever one of our clients gets a reckless driving, traffic ticket, or criminal charge in the Richmond area we send them to Mitch. We have sent dozens of our clients to him and he has always treated them wonderfully and gotten great results.

I know hundreds of traffic and criminal defense attorneys in Virginia. I am even one myself. If I got a ticket or a criminal charge in the Central Virginia/Richmond area, I would call Mitch in a heart beat.

Mitch and his partner Ed are my go-to attorneys whenever a client has a criminal or traffic matter in the Richmond area. I know without question that my clients get top notch representation when Mitch is on the case. Do not hesitate to hire him if you're in need of help.

I endorse this lawyer. I regularly refer criminal/traffic cases to Mitchell in the Richmond area.

Mitch delivers results. I endorse this lawyer, and I find his work product and professionalism to be exceptionally good.

I endorse this lawyer's work. As a lawyer, it is a little ego deflating to admit that another lawyer can do a better job than you. I have no problem acknowledging that for Mitchell. I engaged him to represent me in a traffic matter downstate, and found him to be knowledgeable, thorough, very professional, and approachable (lawyers are tough clients, and I second guess my attorneys as much as anyone). The result of the representation was much better than predicted, at a more than reasonable price, and certainly better than I could have done representing myself. I highly recommend him in his areas of practice.

I would recommend anyone accused of a crime to Mitch Wells for legal representation in the Richmond and central Virginia areas. Mitch is experienced, detail-oriented, and zealous: a winning combination for criminal defense.