We're different because we care about the Whole Client: happiness, family, life--as well as assets.

As a partner in the law firm of Flood and Masiuk, LLP, Joseph Masiuk shares his wife’s enthusiasm for, and commitment to, a practice which provides people of all ages and walks of life with thoughtful and comprehensive solutions in estate planning.

Today, Mr. Masiuk is a widely noted speaker, author and seminar leader on topics ranging from estate and Medicaid planning to asset protection for traditional and GLBT couples and families.

Prior to joining his wife in private practice, Mr. Masiuk practiced law in the public sector as an Assistant Regional Attorney for the United States Department of Health, Education and Welfare. His practice at HEW involved Social Security as well as Medicare and Medicaid policy and litigation. From 1981 to 1985 he served as an Assistant United States Attorney for the Department of Justice in Philadelphia, where his counsel to the Federal Bureau of Investigation was recognized in September, 1985

Masiuk’s civic involvement has included membership in the Rotary Club of Feasterville, where he served as President in 1989-1990 and District Governor’s Representative in 1990-1991; and the Lower Southampton Township Fourth of July Parade Committee. For the past 18 years, he has been a guest lecturer of the Political Science department at Arcadia University. 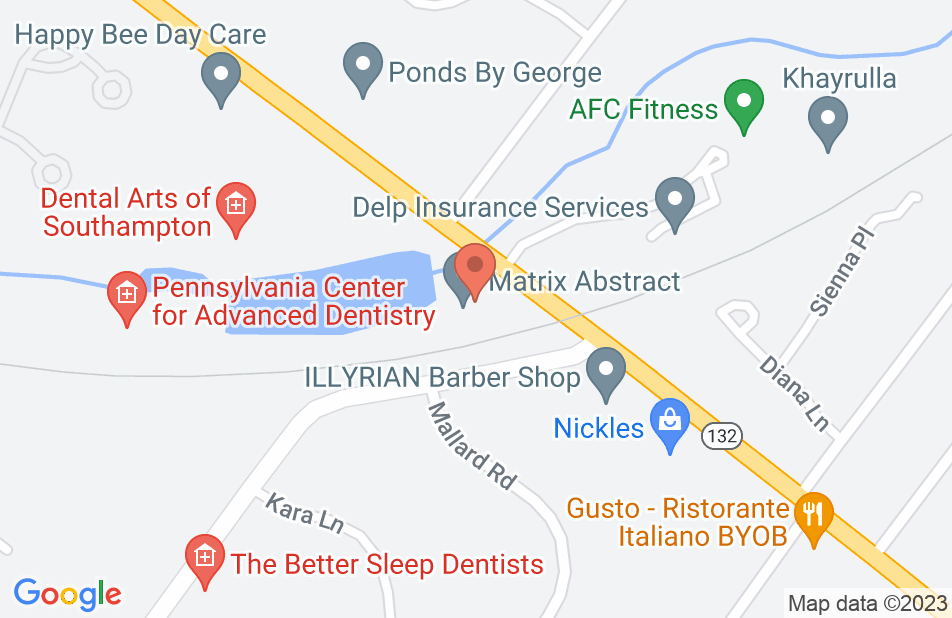 Not only "would" I recommend Joe, I have recommended him to my family. He is very knowledgeable and presents things in such a way that I could easily understand without feeling patronized or talked-down-to. I came away with a good sense of what my options were and what all the pieces were that I needed to consider in making my decisions. Joe was warm, patient, and very understanding of the difficult situation we face. I wholeheartedly recommend him.

My wife and I had our estate plan done by Joe, as did my mom. Joe and his staff carefully explained every step of the process and were very accomodating with follow up questions. The final estate plans were very thorough and inclusive.
See all reviews

(32)
Are you an attorney? Endorse this lawyer

I endorse Mr. Masiuk and have listed that endorsement under Estate Planning because it is the most encompassing of the choices given. Over the years I have read Mr. Masiuk's answers to many questions on AVVO and have found him to be highly skilled in the areas of Elder Law, Probate, Guardianship and many other areas that can be condensed under the general caption of Estate Planning. I highly recommend Mr. Masiuk to any person seeking an attorney with exceptional technical skills as well as a deep and abiding understanding of the emotional issues that prevail in these areas of the practice of law.

I highly recommend Joe to any potential client. With an estate practice that encompasses the breath of estate issues--including trusts, probate and guardianship--Joe brings experience, real world solutions and compassion to his practice.

Joseph is a dedicated, experienced and caring attorney. I highly endorse him for estate planning and elder law needs.

I know Joe through our mutual membership in the American Academy of Estate Planning Attorneys. He is an excellent attorney and I am happy to recommend him.

I endorse this lawyer. I know Joe as a fellow member of the American Academy of Estate Planning Attorneys. Joe is well qualified and genuinely cares for his clients and their families.

Joe is an excellent attorney and I am happy to give him my highest recommendation.

I endorse this lawyer. Attorney Masiuk spends a significant amount of time answering questions in the Avvo forum. His answers show a clear understanding and knowledge of the law. I would recommend him.

I have known Joe Masiuk since 1984 when he mentored me in the Civil Division of the U.S. Attorney's Office in Philadelphia. Joe is extremely bright, articulate, personable and reliable. He cares about his clients and the lawyers with whom he practices in the community. Joe has the ability to take a complex issue or problem, break it down, explain it and solve it in an understandable fashion. I highly endorse Joe Masiuk.

I endorse this lawyer. I have observed Joseph Masiuk on AVVO and have admired his complete and caring answers that he gives to persons that have problems and need legal help. He has the compassion in helping others that is sometimes lacking in our profession.

Joe Masiuk is a frequent contributor of incisive and practical information in his answers on Avvo. He demonstrates a command of estate issues and compassion in his treatment of the subject matter of the often intensely personal issues presented.

I endorse this lawyer. I have known Joe for several years as a fellow member of the American Academy of Estate Planning Attorneys. In addition to being expert in the field of Estate Planning, I have found Joe to be a caring and compassionate lawyer.

Attorney Masiuk is a contributing member of the American Academy of Estate Planning Attorneys, and I have had the privilege of knowing him for many years. Joe's knowledge on the subject of elder law is unparalleled, and I highly endorse him.