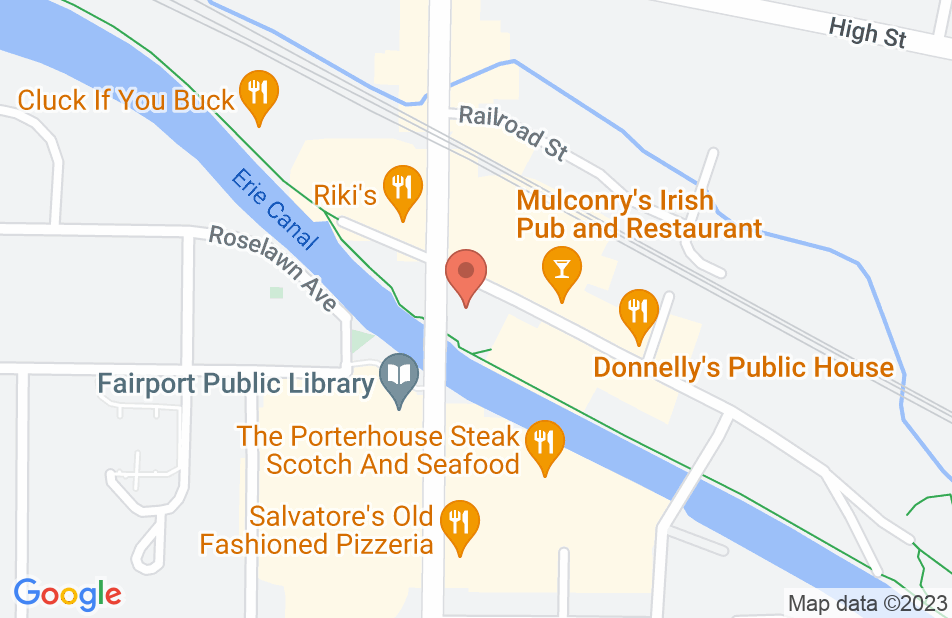 I hired Mr. Hartt for a discrimination case. In the beginning I was going to give up on the case and I told Mr., Hartt about this and Mr Hartt really believed in my case and that we were going to prevail, so I continue with the case. His writing skills and expertise was out of this world, not to mention every time I had a question I will text him or email him and he will always respond in a timely manner. James Hartt is a very great lawyer he has a great heart, his passion to help people is amazing and his legal fees are well than fair. I enjoyed working with Mr. Hartt and if I ever have any issues again which I hope I don't I know who to contact. We need more lawyers in this world like Mr. Hartt who cares about there clients and put there Heart in every case just like Mr. Harrt does. Thank you again James! You are the best!
This review is from a person who hired this attorney.
Hired attorney

My review of an A+ Attorney

I hired James to help me after I was wrongfully terminated from my position at an NYS agency. He helped me immensely throughout the process and always returned my calls in a timely manner if I had questions about the complaint we filed with the Division of Human Rights. We ended up moving the case to Federal Court because I was seeking a higher payout. James had informed me along the way that one of my witness could end up facing criminal charges should we proceed further into Federal Court, James always made sure I was aware of all the risks along the way. I decided to drop the case at the Federal level because I did not want to risk my witness’s freedom in the pursuit of more money. This served as an example of how James puts his clients first, not how much money he can makes, surely he could have made much more if we were to proceed. James promptly funded the remainder of the retainer for the case. I’ve had bad luck getting money back from attorneys in the past, but this was not the case with James. Over the years I’ve contact James regarding a few legal questions and he has always responded immediately. For example 2 years after I hired James, I had an administrative issue arise my new employer which caused me a great deal of stress. I text James late on a Friday night because I was so distraught, I didn’t know what to do, and was in a complete panic. James took time out of his weekend to consult with me about the incident first thing Saturday morning. I felt so much better knowing someone as knowledgeable as James is always there for me if I needed it. From my experience, it’s not easy to find an attorney that won’t just tell you what you want to hear so they can get your money, James certainly stands above the rest by offering fair rates, along with his specialized knowledge of the law, and compassion for his clients while seeking justice. I never take the time to write reviews but I decided to do so because I can’t thank James enough for the support he has provided me over the years. If you’re looking from an attorney that will stand by your side during some of your worst days, and help restore peace to your life then James is your guy.
This review is from a person who hired this attorney.
Hired attorney

Jamie Hartt was a fantastic lawyer. He was extremely fair on pricing to represent me in my employment discrimination case. He met with me first at no cost to discuss the case. He gave his professional experience and opinion on where I stood, as well as each step along the way. He prepared me for each step and kept me calm during the stressful situations that came of the conference and documents from the opposing side. Luckily for my anxiety, Jamie was able to settle this for me before it went to the hearing. He answered calls, texts and emails any time of the day, night and weekends. He was kind and compassionate, and listened to all my fears going through with the lawsuit. I always will recommend Jamie to anyone that is encountered with employment discrimination. My family cannot thank you enough!!
This review is from a person who hired this attorney.
Hired attorney

I hired James to help with an employment discrimination case after he gave me a consultation. I could tell right away that he was a thorough lawyer that knew his stuff. He was able to get me a fair settlement instead of having to go to court which was what I was hoping for. James is a great communicator and let me know where we were at in the process from beginning to end. I would not hesitate to hire him again or recommend him to someone in need of a great lawyer.
This review is from a person who hired this attorney.
Hired attorney

I was so scared when I had to hire a lawyer for 2 misd. I could have picked anyone. However, I thought Mr. Hartt had a kind smile and I knew instantly by speaking to him he would have my best interest. He performed a miracle in my opinion and I so happy and relieved this experience is past me. The best part was his continued communication with me. He would answer my messages immediately and constantly empathized with my fears. He was honest and truthful. Be honest with him and he will be your best ally!!! Thanks so much James!!!
This review is from a person who hired this attorney.
Hired attorney

JAMES WAS PROFESSIONAL, APPROACHABLE, KIND AND COMPASSIONATE THROUGH OUT THE ENTIRE PROCESS OF OUR LEGAL MATTER. NOW THAT IT HAS BEEN RESOLVED, WE CAN MOVE FORWARD AND CONTINUE ON WITH OUR LIVES. FROM THE BEGINNING WHEN I FIRST SPOKE TO JAMES ON THE PHONE TO THE FINALIZING OF THIS CASE, HE HAS BEEN A CLASS ACT. THANK YOU JAMES FOR ALL YOU DID FOR US.
This review is from a person who hired this attorney.
Hired attorney

I was very impressed by attorney James Hart, from the free phone consultation, to retaining him, he’s a class act. Mr. Hartt is very empathetic and was always readily available for questions. He fought hard and truly cares about his clients! I would highly recommend him to anyone! Thank you Mr. Hartt!
This review is from a person who hired this attorney.
Hired attorney

Provided good advice to lead me through an employment issue. Matter settled. Thanks!!
This review is from a person who hired this attorney.
Hired attorney

I had a matter that Mr. Hartt settled quickly and to my advantage. Thank you James!
This review is from a person who hired this attorney.
Hired attorney

A Excellent Lawyer That Gets The Job Done

Even though Mr. James David Hartt was consulted and hired through telephone conversations, he was able to respresent me and completely deliver everything requested on my case. Mr. Hartt’s mannerism and professionism should not be underlook. He is an excellent lawyer, that goes in depth about the law you may or may not have violated, as well as all the potential consequences. Mr.Hartt’s communication skills are outstanding, as he able to respond to emails, texts, or calls within hours to the next business day. I would recommend this lawyer if you need proper representation throughout New York.
This review is from a person who hired this attorney.
Hired attorney
See all reviews

Mr. Hartt is an excellent lawyer. Anyone who hires Mr. Hartt will be happy they did.

Jared Bennett, Employment and labor Attorney on May 11, 2011
Relationship: Worked together on matter