Jared Winsor Bennett is an owner of the Bennett Law Group, PLC Jared has been practicing bankruptcy law almost exclusively since he graduated from the University of Pacific, McGeorge School of Law in 2000.

Jared graduated from Arizona State University with a degree in Political Science, which meant that he would have to attend law school as there is nothing one can really do with a political science degree. While attending ASU, Jared developed a love of ASU sports and was even a Frieder Fanatic during undergrad, which involved him dressing up like the current basketball coach and spray painting his hair gray. Something he no longer has to do.

While in college, Jared became involved in politics and eventually worked on congressional campaigns and as an intern for Vice President Quayle’s PAC. He also worked for the Phoenix Symphony helping to raise funds. Working for the Arts and Republican politics were oddly similar. Jared’s former boss encouraged him to take the LSAT, the law school admissions test, and from there it was off to lovely Sacramento for three years of law school at the University of Pacific, McGeorge School of Law.

With the help of his lovely wife, Heather, Jared was able to graduate and promptly return to Phoenix where he has spent the last 11 years helping people file for bankruptcy and get their lives back. The one thing he likes most about being a bankruptcy attorney is that his clients’ lives get better after they file.

Jared lives in Peoria with his wife, two cats (CatScan and Misdemeanor) and their dog, Q. His wife is the clever naming one. He loves to read and will often read two to four books a week. Much to his wife’s chagrin he still an avid gamer and loves his Call of Duty and Gears of War. Jared is also involved in an ASU tailgating group that has taken tailgating to the next level, by which he means, two televisions, three mobile evap coolers. 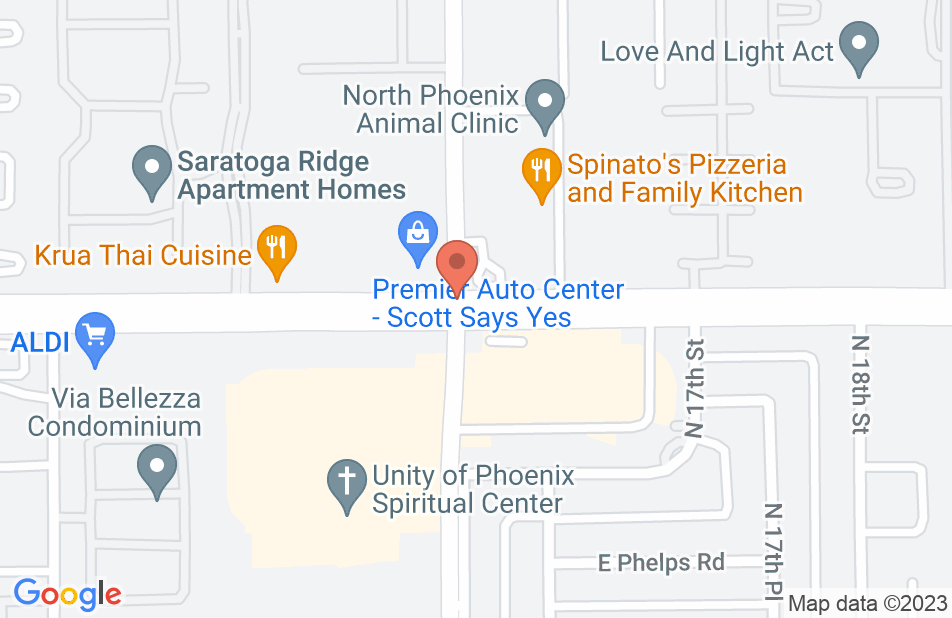 Made a complicated case look easy

I came to Jared because I had a lot of tax debt the I was never going to get paid off. The IRS was garnishing and levying every chance they could get. I was losing sleep and didn't know what to do. After meeting with Jared he made me feel very comfortable and confident that all this stress was unnecessary. He handled my Chapter 13 in such a way that I was able to eliminate the majority of the tax debt and keep my house. Jared gave me a new start!

The American Dream can best be described as having the freedom to achieve what we want in life; own a home, a car, raise a family, go on vacation, start your own business or even retire. These are all dreams we were experiencing, our future was bright and full of hope with a strong vision and growing business. Unfortunately for us, like many others, our financial freedom was jeopardized by the economic collapse of 2008. Our business suffered and we could no longer keep up with all the bills from the debt. Creditor calls were taking an emotional toll on us and the American Dream had diminished. Trying to figure a way out of the unfortunate circumstances, we made a few phone calls to credit counselors. Once we were informed of the repayment structure and long lasting impact on our credit we realized we'd still be in debt for years. We swallowed our pride and opted for the alternative. During this time we reflected back throughout history and realized Freedom exists because great people whom have done great things helped keep the vision and quest of the American Dream alive. This is what we realized when we met attorney Jared Bennett. In front of us was a person that made us feel as if he had an interest in who we were and what we wanted to accomplish, rather than being just another potential client. Jared reviewed our file, he explained the entire process and gave us time to make up our mind if we wanted to secure his services without making us feel like it was a sales pitch. The hardest part of making the decision to file bankruptcy was taking the first step of overcoming the fear and stigma of being "one of those people". Once we decided to obtain Jared as our legal counsel the creditors phone calls stopped and the process became stress-free. Our concerns were always addressed on a timely basis and with respect, we knew we had made the right decision. The most positive thing about the bankruptcy was to have our freedom back. We are back on track with our business, reliable transportation, and most importantly a happy home. Jared is truly one of those great people whom helped us regain our peace of mind, and realize we can follow our quest of the American dream. Through his profound ability to connect with people, Jared helped us regain hope, restore our freedom and our dignity.

An honest trustworthy attorney who gives an estimate and sticks to it. The other attorneys I have dealt with in my life have all nickel and dimed me for more money, charged me to answer emails, and did absolutely nothing for my case. Jared is different, I would recommend him to any one of my friends, if it's my enemy I'll recommend somebody else!

Jared has been extremely polite and professional, helping me with every aspect of my case without judgment. He is an expert in his field and easy to deal with!

I needed legal advice regarding financial negoitations with a bank and Jared made me feel very much at ease by showing me my various options. It was a great relief when he assured me I did not have to do it alone and he has continued to guide me as needed.

Walked me through every step with respect

Jarred Bennet was so personally helpful and patient with us in filing our Chapter 7. He and his staff were so helpful I would HIGHLY recommend them to anyone filig a bankruptcy. Also what fet so important at the time was that we were living through a mess and were treated with respect and patience.

I endorse this lawyer. Jared is a highly qualified attorney in bankruptcy matters and is really easy to work with.

Daniel Hitzke, Bankruptcy and debt Attorney on Jul 20, 2016
Relationship: Other

Jared is my go to attorney when it comes to bankruptcy law.

Jared is a great attorney and very knowledgeable about his field. He has done a great job with clients that I have referred to him. I appreciate his professionalism and don't hesitate to trust his opinion.

Jared is a marvelously talented bankruptcy attorney. He has assisted several of my clients with their bankruptcy needs and always leaves them feeling good about their decision to file. It can be a difficult process, but Jared makes the journey as easy as possible. I whole-heartedly recommend him.

Mr. Bennett is an excellent attorney. I worked with Mr. Bennett for several years. You will find that he is well qualified, friendly, and reasonable in his approach. If you have a bankruptcy need, you will be well served by retaining his services. I endorse this lawyer.

I have known Jared for nearly ten years and I enthusiastically endorse him.

I have known Jared for more years than I care to admit. Any inquiry or client I have that needs bankruptcy, I refer them to Jared Bennett.

Kristina Reed, Bankruptcy and debt Attorney on Mar 15, 2012
Relationship: Other

Without reservation, I endorse this lawyer.

I endorse this lawyer. Mr. Bennett's skills are incomparable and he is the best bankruptcy attorney in Phoenix.

Mr. Bennett is an excellent attorney and a good resource. I appreciate his expertise, and his willingness to consult. Anyone hiring Mr. Bennett will get a great attorney.

Jared is a great choice for a bankruptcy attorney. I go to him whenever I have a bankruptcy-related question. In addition to being very knowledgeable and skilled, Jared has managed to build a successful bankruptcy practice by being very accessible to his clients, and striving not just to do competent work, but to help each client understand their case and how to move forward after bankruptcy.