Mathew B. Tully is one of Tully Rinckey PLLC’s two founding partners. In 2004, Mat worked with his friend from college, Greg T. Rinckey to establish the foundation of what is today Tully Rinckey PLLC. Mat is one of a small number of lawyers licensed to practice law in three different countries. He is an Attorney and Counselor at Law in New York State and is on the rolls of Solicitors in England and Wales as well as being on the rolls of Solicitors in the Republic of Ireland.

As a practicing Attorney, Mat is one of a small number of Attorneys alive today who has litigated and won before the highest Court in New York State (the New York State Court of Appeals) as well as had a Writ of Certiorari granted and a remand ordered by the Supreme Court of the United States amongst many other appellate victories in various Appellate Courts. While best known as an employment law Attorney, his current focus is helping mid-sized multinational businesses with complex legal issues.

Before launching his legal career in 2003, Mat served for three years in the U.S. Army as a field artillery officer. After suffering from military discrimination at the hands of his civilian employer, Mat went to law school and received his Juris Doctorate from Brooklyn Law School in 2002. While attending law school part time at night he worked in the Legal Department of Morgan Stanley as a paralegal, his office was on the 65th floor of 2 World Trade Center on September 11, 2001. In 2012, Mat received the Purple Heart for injuries he sustained during a suicide bombing while serving in Afghanistan. His service there also afforded him the Bronze Star Medal and Combat Action Badge. His deployment to Afghanistan marked the third time since founding the firm that Mat left his business to selflessly serve the nation. 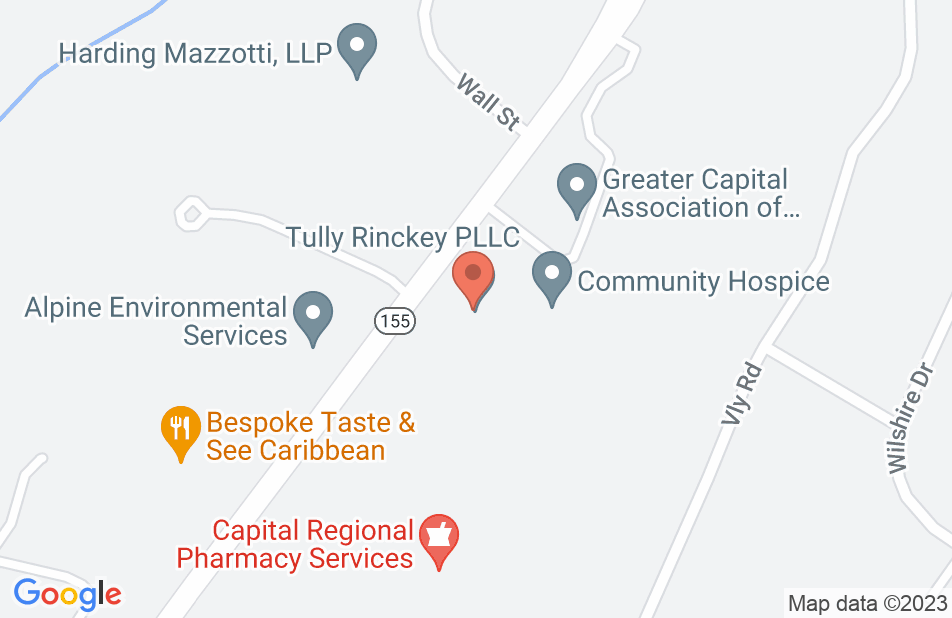 A good lawyer is hard to find. I engaged Mat Tully’s services about 6 months ago. I went into the case thinking I was going to be spending a lot of money for a pretentious lawyer / law firm that would end up overcharging me for very little in the end. His team of lawyers worked tirelessly on my case and helped me obtain the result I was looking for. The legal team at Tully Rinckey could handle any situation I threw at them, they worked tirelessly on my case and were courteous, respectful, compassionate, aggressive and responsive every step of the way. Mat Tully is the American dream. He left New York City after 9/11 to start a law firm by himself and has grown his business from scratch. His selfless service to our country and community is significant; he is currently a National Guard reservist. The values of service transcend to his business. If you are looking for a great lawyer, call Tully.

Won my USERRA case and thousands of others!

When I got back from Iraq, I learned that I lost my job during my deployment. Mat took my case for free and got me my job back PLUS $50,000 in case and $80,000 in attorney fees. I learned AFTER he won my case that he and his firm have won more USERRA cases than EVERY OTHER LAWYER in the COUNTRY COMBINED since the law took effect in 1994 (and remember he has only been doing this since 2003). I also that he left the law to serve in Iraq in 2005 and is now a LTC. You will never have a better lawyer than LTC Tully

Outstanding lawyer before the US Supreme Court

He took my brothers case to the United States Supreme Court and won!! He is a fighter who never gives up. I have met a lot of lawyers but I have never meet a lawyer who won before the US Supreme Court. His office has photos of him and his wife with the Chief Justice of the Court (Roberts). Hopefully we will never need to go to the Supreme Court again but if we do he is our man! One of the smartest lawyers in upstate New York.

Mat is a true leader, a wonderful attorney and treats both his employees and clients with his care and respect,

I endorse this lawyer. Mat Tully, Esq. cares about his Clients and focuses on meeting Client goals with competence, credibility and compassion.

I endorse this lawyer. I have known Matt for over 15 years as opposing counsel on many Family Law matters. He is always well prepared and a zealous advocate for his client. He is also a gentleman and a true credit to the New York Bar.

Mathew Tully is an excellent federal employment law and military law attorney that strives relentlessly for his clients and goes to every length needed to advance his clients interests. He is an accomplished attorney, and a great leader and keen businessman, proving that on a daily basis as Tully Rinckey PLLC continues to expand at breathtaking speed despite the contracting legal economy we work in. I have learned a lot from working for Mat and highly recommend him to everyone.

Mat is an exceptional military and employment law attorney and manager. As a former U.S. Army office, Mat brings a great deal of knowledge to his practice, and he will aggressively and proactively pursue a favorable outcome for every client. Mat's ability to think outside the box allows him to affectively and efficiently use his firm's resources to assist every client he represents. I unequivocally endorse this lawyer.

Graig Zappia, Business Attorney on May 12, 2014
Relationship: Worked for lawyer

Mathew Tully is a top notch federal employment and military law attorney that cares about his clients and goes the extra mile to protect client interests. Not only is he a great attorney, he is a great leader and businessman, proving that on a daily basis as Tully Rinckey continues to grow despite the economy we work in. I have learned a lot from Mat and highly recommend him.

I endorse Mathew. He is a top notch trial attorney.

â€œI have had the privilege of working with Mathew Tully and can find no better word to describe him than â€œdeterminedâ€. Mat has the ability to see beyond the immediate staying steps ahead of others. That quality, coupled with his military background provide the foundation to his plans and actions. These traits have proven a tremendous benefit his clients. I confidently endorse Mathew B. Tully.â€

Mathew Tully is an innovative and highly effective federal employment and military law attorney. His law practice management techniques have led to phenomenal growth for his preeminent full service law firm, which is quite amazing in this economic environment. I have learned a lot from Mat and highly recommend him.

Mat has great drive and determination and his military background lends itself to the way he aggressively fights for his clients. I wholeheartedly endorse Mathew Tully!

I strongly recommend Mathew Tully! His vision and reliability were just a couple of reasons I joined forces at Tully Rinckey. I have seen the way he goes about business and how he runs it and I can't think of many others that compare. There is one word that certainly is not in Mat's vocabulary: "Quit."

I have known Mat since he was a solo practitioner. My experience with him as a defense attorney when I was a prosecutor was that he was a zealous advocate for his clients. His professionalism lead me to jump at the chance to work in his firm years later.

Mat is extremely dedicated and devoted to assisting members of our military, both active duty and retired. They have no better advocate than Mat Tully, and his dedication is reflected in the work done by all of the attorneys at Tully Rinckey.

The term zealous representation clearly defines Mat Tully as an attorney. Mat always applies his extensive legal expertise to his passion for his clients cause to ensure the best possible results. Mat's clients are assured that all of their legal rights and remedies will be asserted in the Court when he represents them.

Greg Rinckey, Employment and labor Attorney on Jan 28, 2011
Relationship: Other

Mat Tully is an experienced federal employment and Userra litigator, he is a bulldog and fights hard for his clients.

In terms of sheer dedication to profession, I have met few lawyers who match Mat’s enthusiasm and drive. His willingness to take new approaches to difficult matters has helped him become a pioneer in many areas of military and federal employment law, and I would not hesitate to recommend Mat for any difficult legal task.