Mr. O'Toole was an active member of the Domestic Violence Practice and Reform Project while serving as law clerk to the Honorable Joseph H. Rodriguez of the United States District Court.

Mr. O'Toole was a partner in the firm of Jacobowitz, Defino, Latimer & O’Toole, where he practiced family law prior to opening his own practice in 2011, The Law Offices of Darren O’Toole. 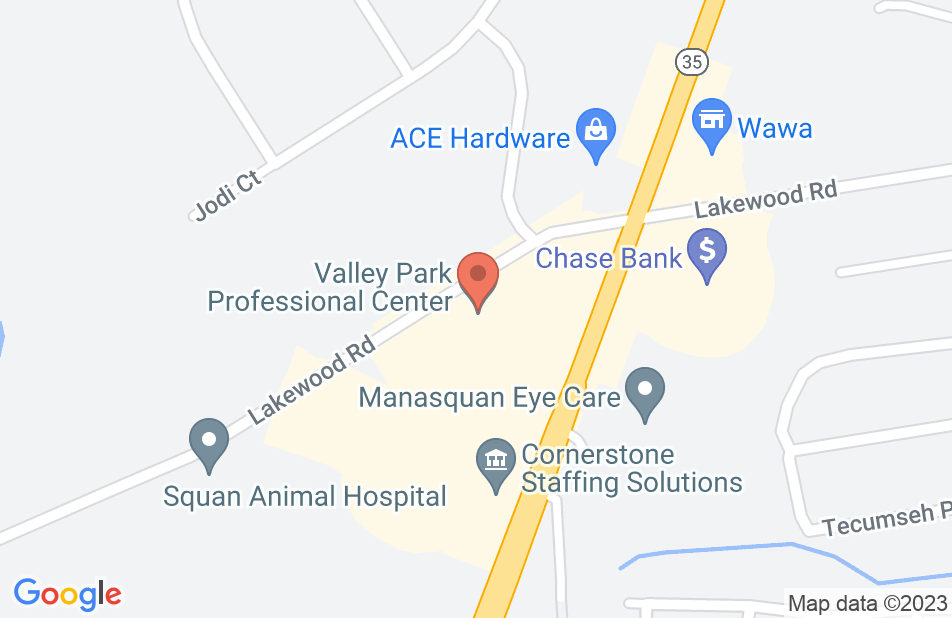 Darren is the best

I’m so glad I hired Darren he was on top of everything and made my Divorce process as easy as it could be (considering it’s not an easy process) a true pro
This review is from a person who hired this attorney.
Hired attorney

Darren and his entire team are without question the best. He and his team saved me from losing everything including my house. I had to fire my original attorney because they were nothing but a money sucking machine. Had I stayed with them I would have wound up being homeless. Darren was the total opposite. I never had to question what was going on with my case. I would so highly recommend Darren O'toole because you don't just get him, you get the entire team.
This review is from a person who hired this attorney.
Hired attorney

Very pleased with my experience with Darren and his firm. He has always been accessible when needed and his staff had always been helpful, knowledgeable, supportive and caring. During very tough times, their attention and familiarity with my situation/case always made me feel at ease. I highly recommend this firm and am thankful their outstanding services.
This review is from a person who hired this attorney.
Hired attorney

If I could give Darren and his firm 100 stars I would. Darren got me thru the most difficult part of my life my divorce, he walked with me every step of the way never once giving in to the other lawyers demands. I would recommend Darren to anyone that ever needs a lawyer and to me he's more than a lawyer he truly cares about the people he represents in every way. Hopefully you'll never need a lawyer but if you do Darren O'Toole is the man for you. Thank you Darren and your friendly staff especially Diane for always being there for me I can't thank you enough!!
This review is from a person who hired this attorney.
Hired attorney

From a father who won custody of his children

I am told that very few cases proceed to trial - something like less than 1%. Well - as luck would have it, I was in that less than 1%. My former spouse attempted to alienate me from my children. I was willing to share 50/50 but I wanted to be more than a every other weekend father. My wife was extremely unreasonable. After the conclusion of the trial, I ended up with primary residential custody of my children. I cannot say enough about how hard this firm fought for me and my family.

When searching for a divorce attorney you want someone who is going genuinely going to care about you and your family. I found Darren and his firm to be extremely passionate and responsive to my needs. Darren kept me informed about the process and was very knowledgeable. It was obvious to me that he spent a lot of time in the court in Freehold because he knew everyone there and I could tell that he was highly respected. I found Darren and his firm to be very professional and highly recommend this firm.

Darren got me through a difficult time during my divorce. He and his staff were professional and followed up expeditiously whenever needed. Highly recommend his services.

Thank you for making one of the hardest decisions in my life easy to manage. Your professionalism and concern exceeded my expectations.

We found Darren O'Toole to be a very caring and helpful attorney at one of the worst times of our lives. It is very scary choosing an attorney... so finding one that has values that you can admire is a great thing indeed.

I have worked with Darren on several divorce cases. He is a good attorney and definitely knows matrimonial law. Darren is an excellent advocate on behalf of his clients. knows how to advocate for his clients. I strongly endorse him.

Darren recently served as an intensive settlement panelist on a matter that was in litigation for over a year. Darren's knowledge of the law and exceptional ability to reason with the parties helped facilitate closure for everyone, most significantly the children who were the subject of the dispute. By donating his time and skill to serve as a panelist he was able to accomplish what other highly esteemed mediators before him were not. I endorse this lawyer with great pleasure.

Mr. O'Toole has an extensive practice history and is a zealous and ethical advocate for his/her clients.

Mr. O'Toole is an excellent attorney that fairly represents his client's best interests.

I endorse this lawyer. Mr. O'Toole zealously represents his clients.

I have known Darren for many years. He is a good attorney and a decent adversary. Darren definitely knows matrimonial law and knows how to advocate for his clients. I consider Darren to be a skilled negotiator and an excellent practitioner.

Darren is a very competent, well-respected attorney. He is an expert in all areas of family law and will provide you with a level of service that you will not be able to get from other lawyers in the area.

Timothy Horn, Divorce and separation Attorney on Jun 20, 2012
Relationship: Worked together on matter

Darren is a skilled attorney with whom I have had the pleasure of working with on a difficult case during which he demonstrated his vast knowledge of family law.

I endorse this lawyer. He is firm but not unyelding. He is practical and knowledgable in his field of practice. He is sensitive to his clients needs and concerns.

Darren O'toole is an exceptional attorney and a tremendous advocate for his clients. He has an impressive legal resume. As an adversary, Darren zealously advocates for his clients while remaining professional and maintaining integrity. I highly recommend him.