Family Matters Is Tough for Everyone; Make Sure Your Lawyer Is Too

Brad M. Micklin's approach and experience has led him to be an award winning attorney having  received numerous awards and accolades.  Brad recently received an award from the American Institute of Family Lawyers as one of the 2015 Top Ten Best Lawyers in the area of client satisfaction. Brad was published as a "Top Lawyer in New Jersey" in 2014 by the Legal Network for having the highest ethical standards and professional excellence.  Brad was the recipient of the Martindale Hubble "Client Distinction Award" for excellence in quality of service in 2013 and 2014.  He also received Avvo's "Excellent Rated Attorney" for excellent professional conduct and experience three years in a row: 2012, 2013, and 2014.

Brad M. Micklin, Esq. is an attorney concentrated in family law, divorce, and child custody matters for men and fathers. He has been in practice for over 22 years and is licensed to practice law in New Jersey. He has represented clients in all facets of family law litigation including divorces, custody battles, domestic violence trials, D.Y.F.S. custody cases, name changes, child support matters and appeals in both state and federal courts. Additionally, Mr. Micklin has extensive background and experience in civil and probate litigation including commercial practice and litigation, corporate and limited liability company formation, bankruptcy matters, mediation and arbitration. He has also represented clients before the Internal Revenue Service. He has handled income tax audits, offers in compromise, tax abatement and elimination applications and many other income-tax based appeals. 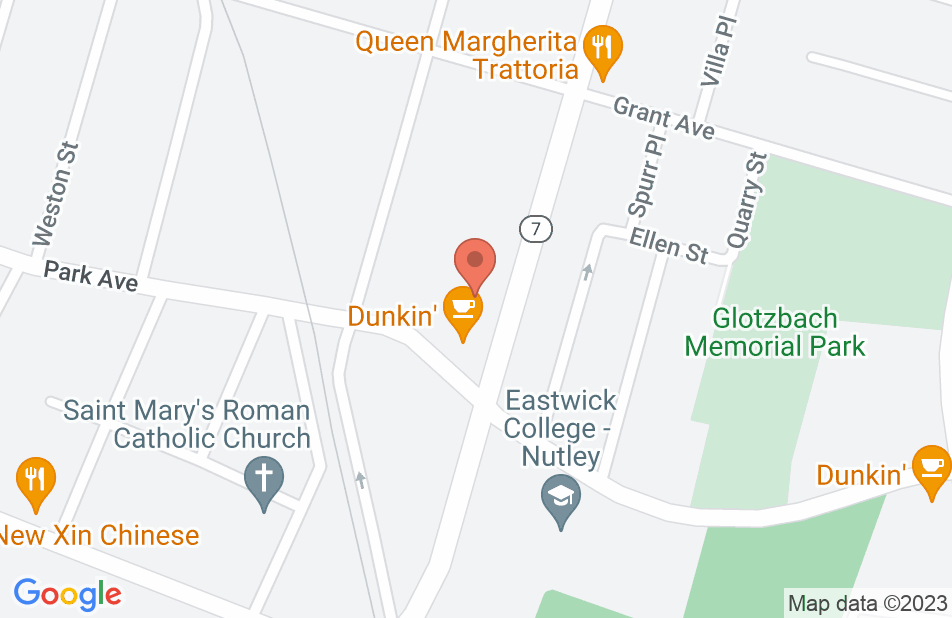 Brad and his immediate staff are very professional. He took the case with very little preparation; demonstrated extensive knowledge regarding child custody and argued effectively. We were Extremely satisfied with his performance and Carmen's level of professionalism is superb!
This review is from a person who hired this attorney.
Hired attorney

I can't say enough about Brad at the Micklin Law Group. He was very helpful. Upfront and honest, cut right to the chase. I was given his opinion on what I needed to do and sent me in the right direction. Would . recommend
This review is from a potential client who consulted with this attorney.
Consulted attorney

Thank you for all your hard work. With all the ups and downs that go with divorce and changing divorce agreements, your team was upfront about potential outcomes. I am pleased that I took your advice and went ahead wth it. My sincere thanks your firm was knowledable and your motion was spot on. Sincere Thanks Bob H
This review is from a person who hired this attorney.
Hired attorney

I went in to see Brad for help with a probate case. Carmen his Assistant went out of her way on multi phone calls with me to give me directions to get to their office due to my GPS failing. When I arrived I was treated like a V.I,P. being offered amenities and excellent customer service, I was extremely impressed. Upon my meeting with Brad he informed me that due to the jurisdiction of my case he would be unable to take me on. Brad then took his time to give as much legal information as he was able. I had been unable to get paper work to him prior to the consult, Brad explained that if I had, he could have save me the trip. He then apologized and continued to go out of his way to answer all my questions. Then at the end of the consultation he called Carmen over the intercom and asked that she refund my consultation fee !!.. Micklin Law Group is First Class... Absolutely First Class.
This review is from a potential client who consulted with this attorney.
Consulted attorney

Brad and his team listen attentively and focus on yielding the end result. We review risk assessment and proceed with what the best odds can produce. In literally the dozens of cases we've had, we have achieved our goals or close to it.
This review is from a person who hired this attorney.
Hired attorney
Brad Micklin's response: It has been a pleasure representing you and your wife. I know you've had a long haul with the other party and multiple court appearances but I hope that we have accomplished what you needed and put most of the issues to rest. I hope you, your wife and your new baby have a great future.

Mr. Micklin is an excellent trial attorney, and advised me in my best interests from day one. It was a breathe of fresh air, after having met with several other attorneys that seemed to be in it strictly for the money. Brad took a personal interest in my case and I felt fully protected throughout the entire case.
This review is from a potential client who consulted with this attorney.
Consulted attorney
Brad Micklin's response: Michael, it was a pleasure representing you at trial. I'm glad we were able to obtain a favorable outcome, show the weaknesses of her case at cross examination but still maintain, to some extent, your relationship with your potential future ex wife. I wish you the best in your future and let me know if I can be of any assistance.

I have had the pleasure of working with Mr. Micklin and his colleagues for a number of years by now and I continue to be impressed with their professionalism and attention to detail across cases. This is a very reputable firm and the managing partner/owner, Mr. Micklin, is very well-versed in family and divorce law, including estate planning and related matters. The associates and staff are hardworking and attentive, and very nice people, overall. I always look forward to working with this firm and I know a number of very satisfied people who have retained them. Solid firm...
This review is from a potential client who consulted with this attorney.
Consulted attorney
Brad Micklin's response: Gianni, it was a pleasure representing you and your wife. I am glad that we were able to obtain favorable outcomes for you and to hopefully put some of your problems to an end. Please let me know if I can be of any assistance to you and your family in the future.

Mr. Micklin and the entire Micklin law group are exceptional! They are kind, caring and professional. They helped me with a situation pertaining to my divorce that needed to be rectified. This is truly and attorney that cares about what his clients are going through. Divorce and divorce related issues can be very over-welming and they make sure you are informed and made aware of every step. They went beyond to help me in the situation that I was in. I will always be great-full for their help . My only regret is that he was not my attorney for my actual divorce. I would highly recommend the Micklin Law Group.
This review is from a person who hired this attorney.
Hired attorney
Brad Micklin's response: Linda, I am glad that you were pleased with the service of my firm. I know that divorces are exceptionally difficult no matter the issues and I'm glad that we were able to help you through yours. Please let me know if I can be of any assistance to you in the future.

Mr. Micklin and his staff handled my case promptly and professionally in order to ensure smooth process throughout my Divorce. It was great experience working together with Mr. Micklin, Mr. Richard, Ms. Rachel and their staff. I would recommend anyone who seeks help in family matters to consult Mr. Micklin.
This review is from a person who hired this attorney.
Hired attorney
Brad Micklin's response: Anshu, I am glad that you were pleased with the way your divorce was handled by me and my associates. I certainly hope you have been free of any post judgement issues and wish you the best of luck in your new future.

He have knowledge and compassion ,both together makes a big part on a difficult time I'm experiencing,Mr. Micklin and he's staff are people with respect and knowledge towards others,Thank You GOD BLESS
This review is from a person who hired this attorney.
Hired attorney
See all reviews

(101)
Are you an attorney? Endorse this lawyer

I endorse this lawyer as an excellent attorney

Mr. Micklin is an award winning attorney having received numerous awards and accolades. For those reasons I believe he is an asset that has been recognized in his community.

I endorse this lawyer. Mr. Micklin is a valuable asset on Avvo and to his clients. He has an excellent rating and dedicates himself to being the best. Family law is not easy, and he is up for the task!

I endorse this lawyer. He provides thorough advice on Avvo.

Brad is a tough but fair adversary. His office staff is top notch and responsive. We had a difficult case and throughout the process we worked together for an agreement that both Parties understood was fair. I heartily recommend Brad as a divorce attorney.

Brad is an excellent attorney committed to providing the highest quality representation to clients. I endorse this attorney without reservation.

I endorse this lawyer. Mr. Micklin is highly regarded in his field.

As a New York and New Jersey business bankruptcy and litigation attorney, I recommend Brad Micklin without hesitation to clients in need of his services. . Brad is a high-caliber family law and estates attorney, well respected in the legal community.

I highly endorse Mr. Micklin. Truly exceptional and caring attorney who achieves great results in representing clients! I want all people to contact him for help.

I endorse this lawyer. Brad was aggressive yet professional. I look forward to working with him again.

Brian Goldenfarb, DUI and DWI Attorney on May 29, 2015
Relationship: Fellow lawyer in community

As an attorney, Brad is very highly regarded. He works hard, is intelligent and truly fights for his clients. He understands the needs of his clients and knows his way around a courtroom. He treats his clients with respect, and not a number. I would certainly recommend this attorney.

D. Michael Phillips, Personal injury Attorney on May 20, 2015
Relationship: Other

I endorse this lawyer. Mr. Micklin's track record of accomplishments speaks volumes about his dedication to his clients and his skill as an attorney.

Jeffrey Kerstetter, Divorce and separation Attorney on May 13, 2015
Relationship: Fellow lawyer in community

I endorse Mr. Micklin without reservation. Years of sharing the Avvo boards with him has allowed me to view both his extensive knowledge of family law as well as the zealous nature of his advocacy on behalf of his clients.