Lorraine M. Medeiros, Esq., began her academic journey at McNair Academic High School in Jersey City, New Jersey, where she excelled in all subjects and was recognized as a leader in her class. Upon graduation she attended Cornell University as a Coca Cola National Scholar and the first New Jersey United States Jaycees Scholar, where she studied Policy, Analysis & Management and Human Development. She graduated with a Bachelors of Science and went on to attend Seton Hall Law School.

Ms. Medeiros, Esq. continues to put her clients first each and everyday. As a Portuguese and Spanish speaker, Ms. Medeiros. Esq. focuses her practice in bringing her years of experience to the diverse community thriving in New Jersey and New York. 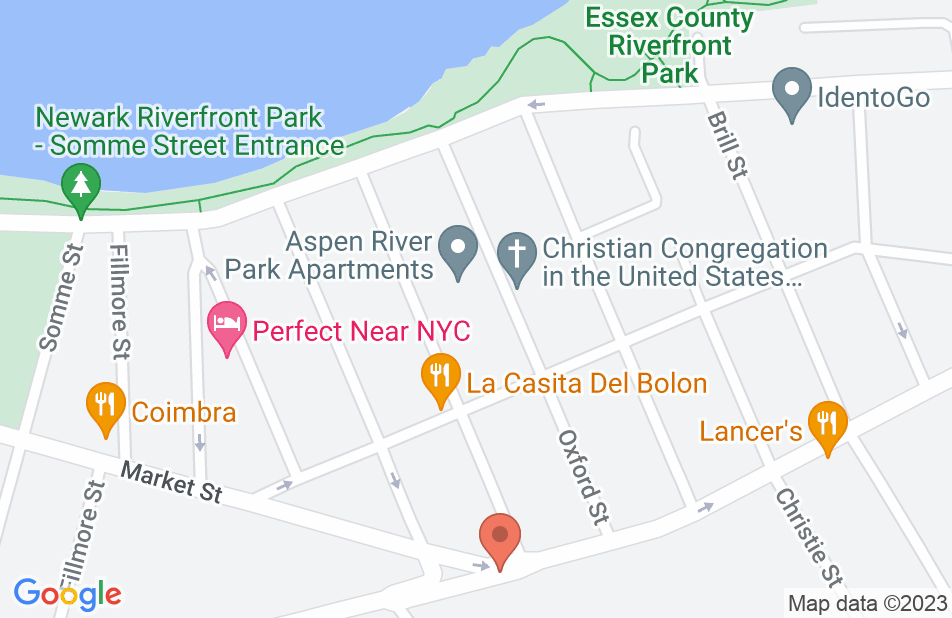 I can to Lorraine because my business partner and I were at each other's throats. Lorraine sat down with me and really helped me understand the important issues at play in my case. She guided me through a very ugly situation and helped me focus on moving forward. She saved my business and I count her as a trusted advisor. I recommend her to all my friends and clients- with Lorraine on your side you know you will come out on top!

I have never met someone so dedicated to her clients. I retained Lorraine the Saturday before I had an emergency custody hearing as a friend referred her to me. She met with me that Saturday and spent the ENTIRE day going over the case with me. Come Monday morning, Lorraine fought for me and I won my case!!! I cannot sing her praises enough. She is outstanding, compassionate, and my attorney for life.

She help me with my loan modification and my parents, great work, thank you. I really recommend her anytime.

Excellence is the key

I've been using Lorraine as my attorney for 6 years. I adore her and highly recommend her to all. She is excellent, it's her hallmark. She is accessible day or night as she gives out her cell number. She goes well beyond her role as an attorney. She makes the difference.

Saved my house and my family!!!

I did a loan mod with Lorraine and my house was saved. Marta, her paralegal, amazing and diligent. This office is a works like a well oiled machine to help get you the results you need. I am proud to say that she is my attorney and I refer her to everyone I know!!!

She really made the difference not only in my case but in my life. I was headed down a bad direction and it all caught up with me... I had started out with another attorney and all he cared about was the money. I am happy to say that I have straighten up my life and I am buying a condo next week and she is doing the closing!!! Im sooo happy to recommend her to everyone. She also speaks Spanish and Portuguese

A force to be reckoned with

I found Lorraine through a mutual friend who had recommended her as someone who would get the job done. That recommendation did not let me down. For almost two years, two different judges and numerous times where I wanted to give up the fight, she kept me in the ring, she kept me going and she fought for what was right, it was almost as if she took my case as personal as I did, and we won. She is a great communicator, always on time to meetings, kept me in the loop about everything and is just an all-around great person. I am fortunate enough to come out of my case with a FIERCE attorney by my side, my children and a new friend. This women is a force to be reckoned with in court, and I would recommend her to everyone and anyone, hands down. Thank you for everything.

I can to Lorraine with a mountain of debts and about to lose my home. Her hard work and diligence helped me get a fresh start. She is the best!

Helped when no one else would

My husband had abandoned myself and our two children. I had been referred to other attorneys that looked at me and immediately turned me away. What made Lorraine unique was the fact that even though I couldnt pay the full retainer she helped me. She worked diligently and made me feel whole again. She fought for me and my children and I will always consider her a member of my family!

Born to Be An Attorney

I have been a client for 5 years now. Never did I need her help more then when my father passed away. She handled the estate wonderfully and made the entire family completely at ease. She is very gifted.
See all reviews

Lorraine is an excellent attorney. She is organized, thorough and fights hard for her clients. She and I were adversaries in a case, but she treated me with courtesy in every phone call, letter and appearance. The case we had together ended in a trial so that I was able to witness first hand her flawless trial technique and confidence in the courtroom. She has the utmost respect from the bench and the bar. I happily give her name as a referral in cases that I cannot handle myself.

Ms. Medeiros consistently contributes her time and good sense to the AVVO site. Her answers are well-considered, and universally written in a way anyone can understand. Her compassion for her clients is obvious, and I would not hesitate to recommend her services.

I have learned a lot from Attorney Medeiros on bankruptcy matters. Her responses on the Q/A forums are very informative. She is a well respected member of the legal community.

Excellent lawyer. Compassion and dedication are her hallmarks.

I endorse this lawyer. Ms. Medeiros is knowledgeable and respected within the legal community.

Ms. Medeiros is a dedicated and skillful attorney who gives thoughtful and insightful guidance in her Avvo answers. She is a valued member of the Avvo community who is generous in sharing her time and expertise by spending considerable time participating on this site. It is my pleasure to endorse her.

I endorse this lawyer. Answers effectively and competently, do call her for consultation

I endorse this lawyer. Ms. Medeiros is a passionate, highly knowledgeable and effective advocate for her clients. She also shares her extensive knowledge with the general public and the legal community.