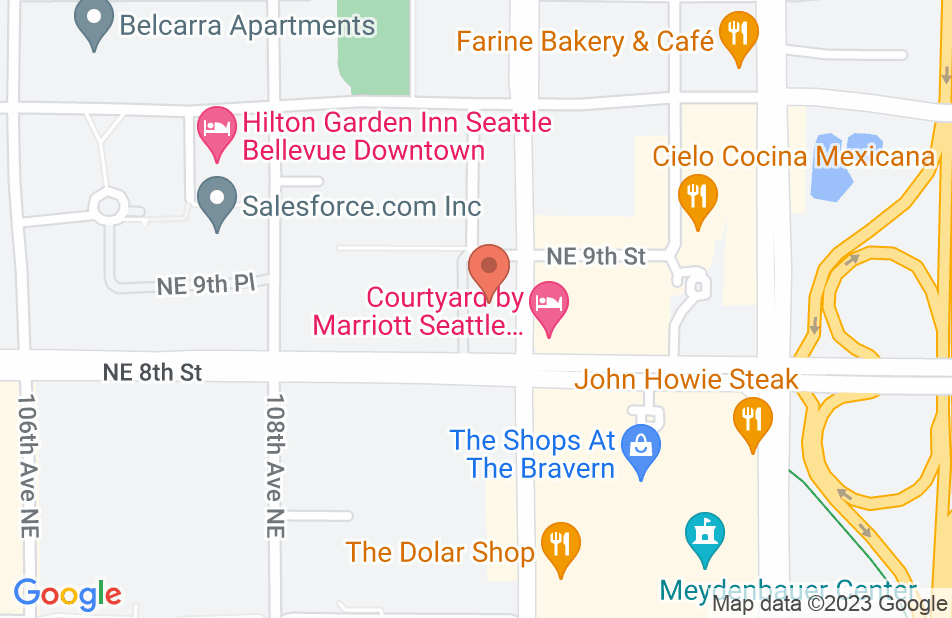 Gene is my DUI lawyer who is my friend recommend to me. And I am very lucky to have him to be my lawyer because he is so smart,nice and take care of my case professionally. I want to recommend him to everybody we need a lawyer like my case and he even affordable too. Thank you so much Gene.
This review is from a person who hired this attorney.
Hired attorney

Gene did excellent work for me. He avoided several felony charges for me in King County & unfortunately I was charged with more felonies in Snohomish County but he avoided those as well!
This review is from a person who hired this attorney.
Hired attorney

I was charged with an assault after an event at a party where I was defending myself, I called and talked to several attorneys before choosing Mr. Piculell. Gene invited me to his office for a consultation, where he thoroughly reviewed the police report and my side of the story. Gene’s assessment of the case was that it was “defensible”, all of this before he asked me for a dime. My case lasted nearly a year and during this time, naturally, I wanted to call him 50 times a day and ask a million questions. However, I respected the fact that he was a professional, and trusted the process. Throughout the year the prosecutor added charges and tried to bully me into taking a plea. Gene could have easily talked me into taking a deal, he could’ve been done with my case, and moved on ( MOST ATTORNEYS WOULD HAVE ) but he didn’t, we went to trial. The city had 4 “witnesses” including an officer, who were all lying about the event. I was not certain I would win considering the “evidence” against me, but this is where Gene turned into a ROCKSTAR. During the trial, Gene dismantled all the witnesses one by one including the officer, he was nothing short of AMAZING. From choosing the jury to his closing statements, it was like watching an artist paint a masterpiece, every move he made, every word he said, and every projection of body language, was calculated and EFFECTIVE. Gene’s ability to anticipate witnesses’ testimony and thoroughly examine them on the stand was like something out of a movie. Thanks to Mr. Piculell, I won my case. I can almost guarantee that if I hired a different attorney, I would have taken a plea. In summary, hiring Gene was one of the best decisions of my life. Obviously, I would recommend Gene a thousand times.
This review is from a person who hired this attorney.
Hired attorney

A warrior with an endless knowledge of the law. Mr. Piculell provided me an excellent service during a very incomprehensible period of my life. Will need more than 5 stars rating system to properly rate his attention to detail, great communications skills, knowledge of the law and ready smile despite my negative point of view towards the legal system, not to mention the energy and passion during trial. The system might be broken and difficult to deal with, but Mr. Piculell have all the skills and qualifications to be your warrior that will protect your rights, help you make decision base in facts and not in fear throughout the process while working extremely hard for the best possible outcome. Also, I want to acknowledge and shout-out a big thanks to Kathy, his staff member; for always finding a way to bring me back from the negative zone by reassuring that I have the best qualify lawyer in Bellevue by my side…. She is more than 100% correct!
This review is from a person who hired this attorney.
Hired attorney

I hired Gene after another attorney wasn't doing anything for me--sure enough Gene got the case dismissed for me after he took over the case--the best!!!
This review is from a person who hired this attorney.
Hired attorney

I came to Gene on a recommendation from a family member-he kept me informed throughout the case-I liked that-if I could not reach him his assistant Kathy was very helpful—we got a great result in my case and I’m thankful for his help. Thank you very much Gene,
This review is from a person who hired this attorney.
Hired attorney

My lawyer save my life

I was falsely accused of rape , Robert 2 , false in prisonment. We took the case to trial & become not guilty . Sharp lawyer, very understanding . While fighting my case I was also incarcerated. He had psychology & friendship skills to keep me calm . Very attentive person whoes organized . He really takes pride in his craft . By far I’m truly greatful , indeed he save me from 12 years of prison time . Any one whoes looking a serouse lawyer , please don’t hesitate . Both your time & money will be worth it . God bless
This review is from a person who hired this attorney.
Hired attorney

I was charged with a major felony sex offense case in King County. He got it reduced to a misdemeanor. Very Satisfied with Gene's help. Highly Recommend Gene Piculell Office.
This review is from a person who hired this attorney.
Hired attorney

I was referred to Gene Piculell after I was arrested and ultimately charged with two domestic violence cases. Being arrested and hauled into court on domestic violence was tough-I work in a law enforcement career and any domestic violence conviction would end my career. I knew I was in excellent hands and thanked Gene throughout for the work he was doing. Gene obtained from the Prosecutor an agreement to dismiss both my cases. Excellent Top Line Attorney. Thank you Gene.
This review is from a person who hired this attorney.
Hired attorney

Over a decade ago when I was a prosecutor, Mr. Piculell and I squared off in trial. I thought the case was a slam dunk conviction. I didn't know then what I know now- If Mr. Piculell is your lawyer you stand to drastically improve your chances of NOT GUILTY at trial. He is an exceptional trial lawyer.

Gene Piculell is a warrior in the courtroom. To this day he is my go to colleague anytime I need the advice of a seasoned pro. You will not find a criminal defense lawyer who is as experienced and fearless in trial as Gene Piculell. His compassion and confidence set him apart from other attorneys. If you're facing serious criminal charges you need to call Gene.

I am a criminal defense attorney in Portland, Oregon. I am licensed in both Washington and Oregon and have over 25 years of experience in serious felony cases including Rape and Aggravated Murder. Having known Gene professionally for over 20 years–I have on a number of occasions referred cases to Gene with consistent, successful, and impressive results. From all that I have referred, there has been consistent feedback of the cases either being dismissed, or having a successful and substantial reduction of the charges. Without question, Gene is a most aggressive, fearless, and successful criminal defense attorney. His Trial skills are mesmerizing. He’s simply the best at what he does. If you are looking for a genuine, experienced, trusted attorney that gets the job done, give Gene a call – he’s the go-to guy in Washington.

I have worked with Mr. Piculell extensively over the years on many cases. I first met Gene when I was a prosecutor and have tried cases against him and he has also appeared before me in criminal cases when I served as a Judge, Pro Tempore. He is a professional through and through. On each case he demonstrates absolute commitment to each client. I have seen Mr. Piculell work successfully on numerous high profile cases, with national and local media attention and scrutiny, and just as importantly on countless defense cases that don’t get any media attention at all- but are just as important to him and his clients-DV Assaults, DWI/DUI., Theft, VUCSA/Drug cases, to name a few. To all, to each, he dedicates himself to bringing about the best result for his client. Gene has tried more cases to jury trial than probably any licensed attorney I know. That is where he makes his reputation-in the courtroom, persuading juries.

I endorse Eugene. He is a highly skilled attorney that is well respected in the legal community.

Mr. Piculell is incredibly kind, compassionate, and yet tough on prosecutors. He works hard for his clients, and I recommend and endorse Mr. Piculell 100%. Do not hesitate to entrust your case with him!

Rodney Pierce, Divorce and separation Attorney on Jun 13, 2011
Relationship: Worked together on matter

I have referred several complicated criminal law matters to Eugene with the confidence that my clients will be treated with the utmost respect and professionalism. Eugene is an extremely competent attorney who has learned to balance the rigors of a fast paced trial practice with the realization that each client's case is the most important matter in that person's world at a time of turmoil and anxiety. I highly recommend Attorney Piculell for both his litigation skills and his ability to resolve matters that are in the best interest of his client. Eugene is that rare lawyer who can balance the intricacies of black letter law with a common sense approach to his client's individual needs.