Repeatedly selected as a Superlawyers "Rising Star" he is a passionate advocate who consistently achieves outstanding results for his clients. He is a veteran of countless trials and numerous other traffic and criminal prosecutions, including numerous DUI cases.

Matt interned with the Bothell Prosecutor’s Office, where he was lead counsel in multiple jury and bench trials and then became an Associate Prosecuting Attorney for the City of Lynwood. As a prosecutor, it was his responsibility to prepare for the numerous legal issues and challenges that would be raised by the top DUI lawyers in the community and to respond to them in court. In early 2006 he was hired by the law firm of Moberly & Roberts, which hold the contracts to prosecute for numerous municipalities.  Matt served as the lead Prosecutor for the cities of Kirkland, Medina and Clyde Hill, until he was hired by Cowan Kirk Gaston in 2008. 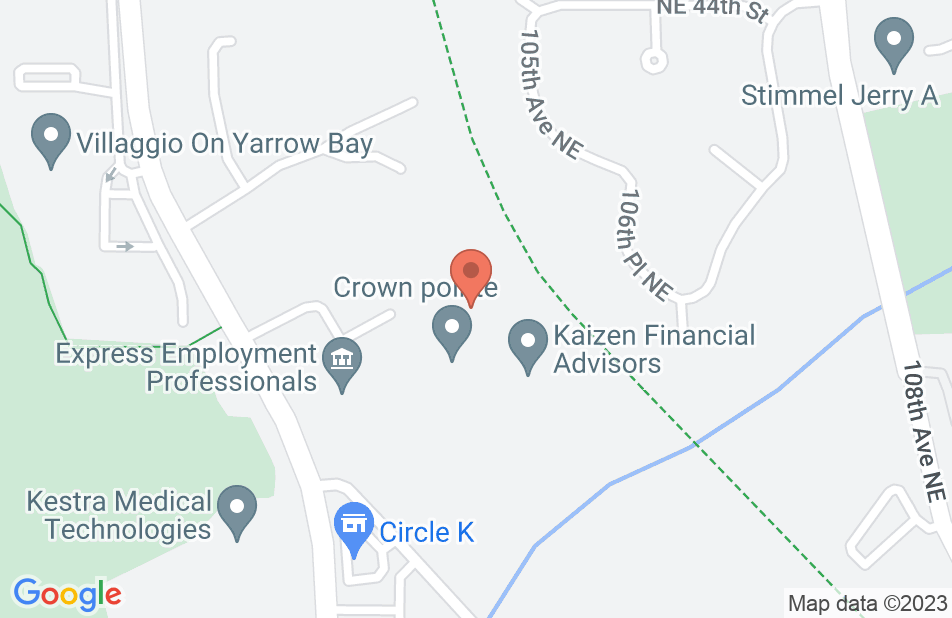 Exactly the Lawyer You Want

I certainly hope to never find myself in need of a criminal defense attorney again, but if I do, Matt will be the only call I make. My case started as, what Matt called, "straight out of the divorce attorney's playbook" but took a number of turns no one could ever envision. From the outset, Matt educated and informed me of everything relevant to the case, and was great at ensuring I knew what to expect from the process along the way. His history as both a prosecutor and defense attorney enabled him to find a clear and successful strategy for our case, and to change course as necessary as those twists and turns came up. He was happy to partner with my family law attorney to ensure neither case put the other at risk, and to ensure the best possible outcome for both cases. Matt certainly had to do more than he expected with this case, and he never flinched, never slowed down, and always fought for my rights and the outcome I wanted. I could not be happier to have worked with Matt, and could not recommend him any more highly.
This review is from a person who hired this attorney.
Hired attorney
Matthew Knauss' response: Thanks Roger!

Matt was very professional and worked hard from the moment I walked into his office for a consultation. What struck me most was that he did not over promise Like some other lawyers I talked to, and told me very realistic outcomes. He worked hard over a case that was stretched out over 2 years due to my schedule and was always very understanding. At conclusion of the case his results were much better than what he had told me at consultation but I am glad he prepared me just in case. He made sure to address any of my concerns and always took my input. His caring and empathy extends further than just you as a client. The saying is “You pay for what you get” but in this case you get much more. 10/10 would recommend to all.
This review is from a person who hired this attorney.
Hired attorney

In 2019 three days before Christmas I was accused by the Bellevue Police Department of a cannabis DUI . I was out of town visiting , when I flew back to my hometown I called DUI lawyers all over the Seattle area. Immediately speaking to Matt I could see he was sharp, articulate and straight to the point. He immediately discussed my options clearly and I felt confident in what he was saying about my particular case . Before I flew next scheduled court date I decided to speak to Matt in person . When we met Matt was exactly the same in person . In my profession I deal with people all day and I’m pretty quick to read them out and seeing as I was out of state I needed someone that was going to be communicative, responsive and direct . After speaking with Matt I decided to hire Matt as my attorney to represent me. Matt appeared in every court date that I was scheduled that I could not make due to being out of state. Matt communicated everything clearly and I was able to plan my trips amongst the courthouse , is his office and one of the court appointed appointment that needed to be taken care of. Matt was able to schedule court dates they would fit me flying in . Matt defended me in court professionaly and also personally . It was fast and stress free with Matt handling my case and it’s particular circumstances. And for that I could not be happier. 100 percent satisfied with my outcome . Fast forward a month later , and something else that came particular in my case . I Emailed Matt and he took care of it promptly after a few emails . For that I couldn’t be more thankful . 6 stars . Thanks Matt .
This review is from a person who hired this attorney.
Hired attorney

TOP Of HIS GAME!

Very happy client! Mat is very detailed and very professional. I would not hesitate to recommend his service to anyone that finds themselves needing legal counsel.
This review is from a person who hired this attorney.
Hired attorney
Matthew Knauss' response: Thanks for the kind words!

I got into a traffic stop for going over the speed limit and they tried to give me a class a misdemeanor of Reckless Driving and Matt got my case dropped with no charges, like it was nothing. Best lawyer I have EVER had. Cool guy too.
This review is from a person who hired this attorney.
Hired attorney
See all reviews

I have faced Matt in the courtroom on more than one occasion and always found him to be a loyal advocate for his clients and talented attorney. He knowledge of DUI and criminal defense is second to none. I wholeheartedly endorse this lawyer and often refer him to handle the most challenging cases.

Mr. Knauss is a very experienced attorney who often contributes to very complicated areas of the law on AVVO.

I have worked with Mr. Knauss on a number of occasions. His dedication to his clients and his level of knowledge was exceptional. I endorse him without reservation.

I truly appreciated the professionalism and reasonableness of Matthew as he worked as a prosecutor for the City of Kirkland. But I was very happy to see him join the ranks of the defense, as he is an intelligent, creative, and articulate advocate for the accused. I can count on Matt to know the inside process of prosecuting DUI's, based on his years of experience. And he has a great working relationship with judges and prosecutors throughout the county, which is due to his diligence and honesty and excellent advocacy skills. I trust his judgment and I often touch base with him to brainstorm tactics and approaches on pending matters. He is a great lawyer.

I endorse this lawyer. Matt has a strong knowledge of Washington case law. I worked with Matt on several cases when he represented the City of Kirkland. Matt is personable and a strong advocate in the area of Criminal Law.

I have known Matt since his days as a prosecutor. He is a top-notch DUI defense attorney and well respected by his peers in the defense community.

Matthew Knauss is a talented and skilled DUI Defense practitioner and a a compassionate advocate for his clients. I have know Matthew both as a prosecutor and defense attorney and endorse him without reservation.

I have known Matt since he was a prosecutor and appeared in opposition to him numerous times. When our law firm needed another DUI defense lawyer, the first person we thought of was Matt. In the yeaars that he has worked with us we were not only not disappointed. Matt went far beyond our expectations and our hope. If I were to pick the most important asset he has brought to our firm it is his creativity, both in litigation but in recognizing and articulating legal issues. We are proud to have him practicing with us.

Matt is a talented lawyer who vigorously fights for his clients and is highly respected among the legal community and his clients. I have referred multiple clients to Matt, all of which have been very satisfied with his work.

Matt is well respected by prosecutors, judges, and most importantly, his clients.

I have known Matthew for years as he prosecuted misdemeanor cases for the cities of Bothell, Lynnwood and Kirkland. Matthew was a very good prosecutor in that he was able to balance what the law was and what the right outcome should be in any given case. These are traits that will make him a great defense attorney. He had very good command of the law and the courtroom as a prosecutor. Having joined one of the premier DUI firms our state has to offer, I expect that he will continue to have such command from the defense side. I would recommend Matthew without hesitation.

I had the pleasure of working with Matt on several DUI cases when he was the Kirkland Prosecuting Attorney. His knowlege of the law was only surpassed by his ethics and the respect he paid everyone in the court including the accused. Mr. Knauss demonstrated outstanding courtroom ability and demeanor. His maturity in handling very difficult, and often contentious matters, was a real pleasure to see. I have no doubt that he will continue to develop into a top flight trial attorney.

I have known Matt for the past three years, both as a prosecutor and now as a defense attorney. I am thoroughly impressed with his knowledge of the law and his courtroom skills. He is an excellent advocate for his clients.

Matt is a tenacious advocate for his clients. He is well respected in the community and has a pit-bull like quality to get the best results. Any client represented by Matt will be well served.

I endorse this lawyer's work. While I will miss Matt on the prosecutor's side of the table, knowing he's now a DUI Defense lawyer makes me all the happier for him. The defense bar has gained a great ally. Matt is sharp as a sword, and I have no doubt will quickly rise to the upper eschelons of the defense bar.