Max Mizejewski is from Los Angeles and completed his undergraduate work at U.C. Berkeley. He graduated from Lewis & Clark Law School in Portland with an emphasis in environmental law. He served as an environmental planner and unit manager at the Oregon Department of Transportation for 10 years and then opened MJM Law Office, PC in 2009. Since 2009 Max has been focused primarily on DUI defense in Lane County and surrounding areas. Mr. Mizejewski served as editor of the DUII Notebook: A Comprehensive Guide to Your DUII Case 2020 edition. This 738 page document published by the Oregon Criminal Defense Lawyers Association is the legal authority used by attorneys statewide for defending DUI cases in Oregon. In addition to editing the notebook, Mr. Mizejewski co-authored 2 chapters: Chapter 10 Drug Recognition Experts & Cannabis which is a deep dive into the 2018 DRE manual used by law enforcement to prosecute controlled substance DUI cases and Chapter 2 You and Your Client which is about managing client relationships and best advocating for clients with drug and alcohol dependency issues. If you have been accused of DUI contact the attorney that wrote the book on it. In his spare time Max enjoys mountain biking, bird watching and exploring the nature of consciousness. 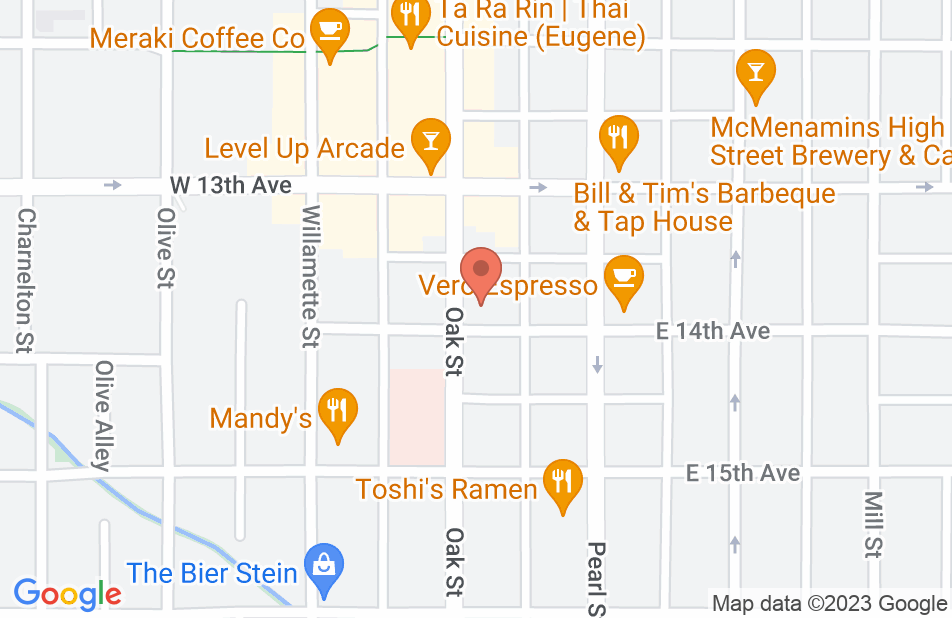 Prevented the worst decision I've ever made from ruining my life

In mid-2014, I made a horrible decision to drink and drive. I ran a red light and crashed my car into another vehicle carrying an elderly woman. Both her and I escaped with no injuries, something which I am immeasurably thankful for, but I knew in the aftermath that without a fast and competent response, I could easily end up in jail. Both cars were totaled, and I was booked as blowing a .2% BAC. Max was recommended to me by a couple friends/co-workers as being personable and capable, so I took their word for it and gave him a call. He did not judge me for what I had done, which I really appreciated, and we quickly worked out an approach that was suited to my situation. When it came time for court, Max was great about meeting up with me before my appearances, to make sure everything was in order and that i was comfortable with how things were preceding. I was quite worried, and with good reason. I ended up being charged with 3 criminal counts, and 3 traffic violations....I really expected I would spend time in jail. How he did it....I honestly have no idea, but Max managed to get me into diversion (removing the DUI), and to get the other 2 criminal counts dropped, in addition to 1 of the traffic violations. I cannot describe the feeling of relief I had leaving court that day, after many months of agonizing over whether or not I would end up with a record, or even losing my job. None of this would have been possible without Max's experience and specific attention to my case, I highly recommend him to anyone who lands themselves in a situation similar to mine. Thank you, Max -G

I had received a DUII citation in the spring of '14. This being my potential third in 10 years I was facing a possible lifetime revocation of my ODL as well as at least a month jail time and multiple thousands in fines. Max took a look at my case and first fought the DMV and was able to get my lifetime revocation dropped to a one year suspension based on the way I was wrongly stopped. Max then proceeded to negotiate with the DA and through a thorough knowledge of the legal system and a keen eye for details was able to get me through this process with only 10 days road crew and the minimum allowed $1k fine. Max's representation of my case far and away exceeded my expectations. My life would have been significantly altered should this not gone the way it did.

Max was very effective in our case - he was able to come in and negotiate a very reasonable result in a case that got elevated unexpectedly. Straight and timely communication throughout, cared about getting the best results for the client, and was very informative about the follow-through as well. He does care about his clients, that is clear to us.
This review is from a person who hired this attorney.
Hired attorney

Max returned my calls right away, was always clear and compassionate with his advice, and was a reassuring and knowledgeable presence with me in court. He challenged my license suspension at a DMV hearing and was able to have the suspension revoked. Very grateful for his help in getting me into the DUII diversion program as well.
This review is from a person who hired this attorney.
Hired attorney

I would highly recommend working with Max through any size of ordeal you're faced with. We all encounter those times in life where we feel the weight of what we've been dealt; sometimes that results in making the worst decisions for our lives. Through my wake up call with a rough DUI, Max kept me afloat when I had hit rock bottom. He was sweet, compassionate and above all trustworthy. To work with someone as knowledgable, professional and humanizing as Max was a blessing throughout dark times.
This review is from a person who hired this attorney.
Hired attorney

Max is competent, straightforward, and compassionate. We had an abbreviated timeline and Max got us the results we wanted.
This review is from a person who hired this attorney.
Hired attorney

Mr. Mizejewski represented me on a DUII case which had several other related charges as well. He was very professional and his experience, combined with his familiarity with the prosecution led to an extremely favorable agreement. I wouldn't hesitate to hire him again for criminal representation.
This review is from a person who hired this attorney.
Hired attorney

I was charged with a DUI, blew a .2 on a breathalyzer, and totaled another car. The case was not black and white and I was extremely scared and ached with regret. I am so grateful that I hired Max. All I had to do was show up, be honest with him, and he navigated the rest. It was my first (and, god-willing, my last) experience with the justice system and he was nothing but patient with my fear and questions, and a steadying presence throughout. Because of his help, I was able to enter diversion and stay out of jail. I can keep moving forward with my life and use my horrible mistake as impetus to grow.
This review is from a person who hired this attorney.
Hired attorney

I was arrested for DUI's alcohol and cannabis. Blew .04 hadn't smoked for 24 hours. I called max the best decision I have ever made. We went to jury trial and was found not guilty of all charges. In my opinion max is the best DUI's attorney in the state. Give max a call and find out for yourself.
This review is from a person who hired this attorney.
Hired attorney

I was arrested for DUI and speeding, while having a bac that was more than double the legal limit, and going speeds of double the posted speed limit. Not only was Mr. Mizejewski able to get me diversion, but he was very professional and also clear, down to earth, easy to talk to, and it really felt like he cared about helping me fix my mistakes. He is as much knowledgeable and professional as he is compassionate, empathetic, and real. Best experience I’ve had with an attorney, I highly recommend him for any DUI related charges.
This review is from a person who hired this attorney.
Hired attorney
See all reviews

Max has a wonderful understanding of substantive law. He is always up to date on changes in the law and how to best utilize them for his clients, a valuable skill.

I endorse Max because he is a "true believer."

Max is very knowledgeable in his chosen specialty, and he is one of the attorneys that I will use as a sounding board when dealing with a unique issue. I wholeheartedly endorse this lawyer.

Max is a professional in every respect.

I would not hesitate to refer a client with a criminal law issue to Max Mizejeski. He is very knowledgeable and professional.

I highly endorse this lawyer. I have gotten to know Max over several years. He is a great lawyer.

Max is a hard working, caring, credible, and effective lawyer.

I endorse Max because he is a "true believer."

Max has a wonderful understanding of substantive law. He is always up to date on changes in the law and how to best utilize them for his clients, a valuable skill.

I endorse Mr. Mizejewski. Although his name is difficult to pronounce I would highly recommend him to anyone looking for an attorney in either criminal defense or family law.

Having previously worked in the same office suite as Max, I observed first hand his strong work ethic, extensive knowledge of the law and compassion for helping others. I highly recommend Max Mizejewski.

I've known Max for more than 15 years, and in that time have found him to be thoughtful, thorough, creative, and caring -- characteristics you don't always find in an attorney. When faced with the complexities of a difficult Driving Under the Influence case, Max is who I turn to for advice and insight. I highly recommend him whenever possible.

I first met Max while taking the Oregon State Bar examination. Since that time, Max has effectively assisted clients with criminal and family law matters. Practicing in the same legal community, I do not hesitate to refer clients to Max because I know they will receive competent legal advice.

In the case Max and I litigated, he was professional, knowledgeable and dedicated to the interests of his client. I would recommend him for anyone seeking assistance with Criminal or Family law matters.

I have worked with Mr. Mizejewski several times in the last few years and have been consistently impressed by his level of experience and advocacy for his clients as well as his ability to work with other lawyers to achieve collaborative results. He is not afraid to take on difficult and complex matters and finds ways to resolve them in ways which are beneficial to his clients.

I endorse this lawyer. Max is a pleasure to work with on a case. He offers his clients aggressive yet compassionate representation and he is well regarded by our colleagues in the legal community for his professionalism. He also has a great sense of humor. I highly recommend him as an attorney.

Professional and personable . . . a great attorney all around!