Your guide to solving your employment problem!

First and foremost I am a family man. I've been married to my lovely wife Shelly for nearly 44 years, we have four children and eleven grandchildren. Prior to starting the practice of law in 2008, I was a Director of Human Resources for 13 years in two large Oregon school districts. Before that, I was a school principal for 13 years at middle and elementary schools in Oregon and a special education director for 4 years.  In 2004 I won the World Championship of Public Speaking in Toastmasters International and have put my speaking skills to work in courtrooms and administrative practice. I have always been a lifelong learner having earned a Ph.D., Masters in Ed, and two bachelor degrees in addition to my law degree and am currently completing an MABT at Western Seminary.

Admitted to Practice In:

I am an advocate for my clients. I have no difficulty standing up for what is right regardless of the size of our opponents.  My focus is EMPLOYMENT LAW, representing clients in wage/hour, discrimination, leave law violations, and wrongful termination.  I also represent professionals when their professional license is in jeopardy either through discipline or license revocation. I  practice in both Oregon and California, state, and federal courts.

Our law practice motto is, "Melius Invictus" meaning, "Better Victorious."  It is also my family motto going back generations. 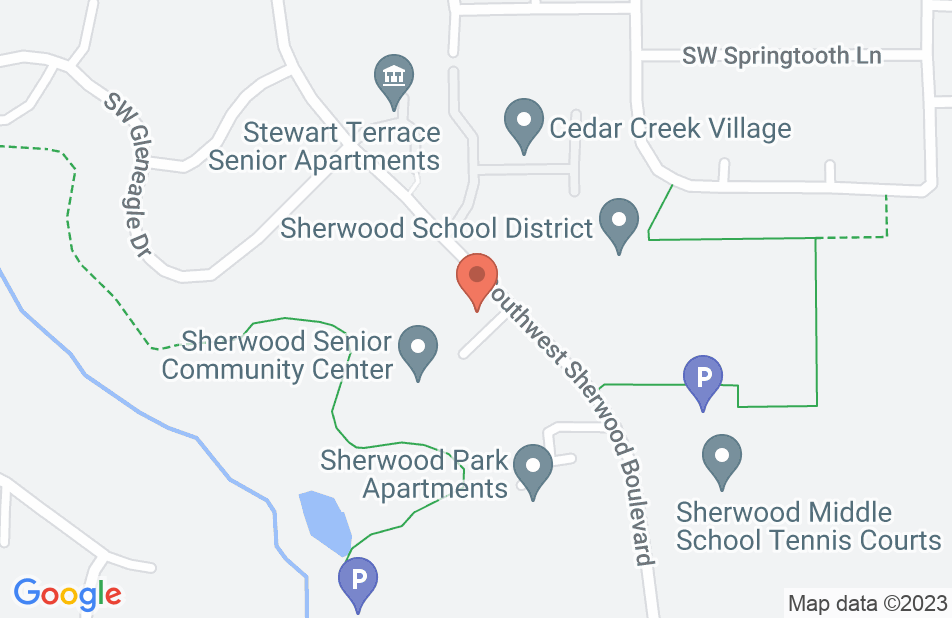 Randy Harvey handled my lawsuits that dealt basically with wrongful termination and discrimination. He provided excellent guidance through this process. Randy is very personable and honest. He responded promptly to my concerns. I found him to be especially knowledgeable about educational and labor laws. I would wholeheartedly recommend him!

Randy is a Must

Randy has provided our company with rock solid advice and guidance through our legal matter in and out of court. We really can't say enough good things about him but we'd begin by saying his expertise and confidence offers a sense of safety and security through the turbulence and complexity of legal matters.

No one wants to "need" a legal representative, so Randy Harvey's calm persona was very welcome. With strength and experience, Randy steps in and takes responsibility for moving the matter forward. His professional manner, with an unexpected streak of witty humor, made for a pleasant experience. Randy is excellent at distilling the essential points from a complicated situation. His staff members are friendly and efficient. I am very satisfied.
This review is from a person who hired this attorney.
Hired attorney

Best Lawyer I've Ever Had

Randy is the third lawyer I've hired in my life, and he is the only one who: sent itemized monthly statements, explained things promptly, showed me documents for my approval before sending them, and made me feel like I had power in the process. He also settled my case faster than any other lawyer. I highly recommend Randy Harvey to anyone in search of an honest lawyer.
This review is from a person who hired this attorney.
Hired attorney

A wonderful attorney and person

I was fortunate enough to be referred to Randy through the California Bar Association. Randy handled an employment issue for me with my former employer of almost 30 years. Randy’s command of California and federal labor law along with his ability to listen to me and quickly understand the issues was truly appreciated and resulted in a very favorable outcome for me. Randy and his staff were always available as we worked through the process and all of this was accomplished over the phone and from two thousand miles away as I had moved to the south central region of the country. Thank you Randy!
This review is from a person who hired this attorney.
Hired attorney

Randy has been with our small business from the beginning. Not only did he help us form our business, he has helped us collect on unpaid bills, create contracts to avoid costly misunderstandings, and plan for long-term growth. I have recommended him on a number of occasions to our friends and colleagues.
This review is from a person who hired this attorney.
Hired attorney

He listened intently to what I communicated the problem to be and acknowledged his understanding and asked appropriate questions to gain more insight into the problem. Randy expressed the legal issues, strategies, and possible outcomes in clear understandable English. I felt relieved and confident that my case was handled competently and professionally from start to finish. He communicated clearly the options, made recommendations about what action needed to be take, when appropriate, while empowering me to make an informed decision. I have had the opportunity to use Randy Harvey's services multiple times; without hesitation I would not hesitate to call him again for council if needed.
Randy Harvey's response: Thank you Henry. It was a great pleasure helping you.

Sometimes a person needs an attorney - especially when the emotional angst and legal complications of certain situations require a professional. Randy was referred to me by another attorney (a good sign), and I was thoroughly impressed by the speed with which he was able to handle and resolve my issue. He provided clear communication, great legal advice, outlined the issues effectively and was very honest and affordable. He is also a very pleasant and accessible person. I received a reasonable decision for a reasonable and fair cost. I truly appreciated the advice, guidance and support. I recommend Randy and should the need arise, I will use his services again. :)

I contacted Mr. Harvey through a legal referral service and was extremely impressed with his knowledge regarding California State Regulatory Boards, specifically the Respiratory Care Board. In response to my application for renewal of my license, The Board questioned my background regarding an "alleged" conviction on my record, of which I had no knowledge. Mr. Harvey took the reins, sent letters to the Board on my behalf and responded to all correspondence from them. He even had an investigator get a thorough background check on me to validate my background in terms of any criminal convictions. the outcome was this: The Board issued my license without restrictions and ceased to question my credibility as a Practitioner. Thanks again to Mr. Harvey in resolving this very serious situation.

We were so thankful to have found Randy to help us with our legal issue. Randy knew the different construction laws and was calm, careful, and trustworthy.
See all reviews

Felipe Alonso, Employment and labor Attorney on Feb 7, 2018
Relationship: Worked together on matter

Randy is a knowledgeable and practical problem-solver. I find his insights into the law to be well- thought-out and helpful. I endorse Randy.

Randy is a whip-sharp advocate who cares deeply about the outcomes of his clients' matters. He's a professional writer and an acclaimed public speaker as well. If you're dealing with courts, he's the guy you want in your corner. Every time I talk litigation strategy with Randy, I learn something new.

I endorse this lawyer. I've worked with Mr. Harvey on several projects, and can say without hesitation that he is everything you would want and expect in a legal advocate. Aside from his legal proficiency and knowledge, Mr. Harvey is one of the few lawyers who can stand in court and handle judges without his knees shaking. Nowadays, too many lawyers enter the profession without the confidence and communicative ability to stand and argue without nervous buckling. I wholeheartedly recommend him to anyone looking for an advocate who isn't afraid of standing up for them and their cause not only on paper but in court.

Mr. Harvey has the ability to analyze legal issues and respond in a manner that is concise and readily understandable. His reputation in the legal community is impeccable. I endorse this lawyer.

Patrick Wright, Employment and labor Attorney on Apr 29, 2014
Relationship: Other

I have gotten to know Mr. Harvey through our professional association on Avvo. I would readily refer clients to him for employment law matters. He is an experienced, confident and seasoned advocate. I readily recommend him.

I am privileged to have known Randy for more than a decade, as a fellow practicing attorney. Having been an engineer for 20 years before practicing law, I am keenly aware of details that make or break a case. Randy is one of the rare attorneys that, although lacking a science background, has the mind of an engineer when it comes to solving his clients problems. He is extremely thorough in researching the law and his clients’ case, and applying the unique facts of his clients' situation to the law to obtain the best outcome for his clients. Because of his unique skills and experience, Randy is a great advocate for his client. Randy also has an uncanny ability to unearth opposing clients' weaknesses which enable him to offensively tackle any opposition, instead of adopting a defensive posture. In the unfortunate event that employment litigation is necessary, Randy is the attorney I would want on my side.

I endorse this lawyer. We worked together on a complex trucking matter. He is a very talented lawyer, and a pleasure to work with.

I endorse this lawyer. As evidenced by the number of questions Attorney Harvey has so generously answered, it’s clear that he has a superior understanding of his fields of practice, and is exceptionally well thought of in the legal community.

Randy Harvey is a great advocate having outstanding personal integrity and extensive experience in employment matters.

Randy Harvey has worked on employment litigation matters involving public agencies where I represent the labor unions. I have seen him in action zealously pursuing justice with great results for his employment law clients, even in what seemed to me to be very difficult cases.

Jeremy Hendrix, Employment and labor Attorney on Mar 20, 2014
Relationship: Worked together on matter

Mr. Harvey is a very skilled and determined attorney with a track record of getting successful outcomes for clients that other attorneys consider lost causes. In addition, with Mr. Harvey's extensive non-legal experience in roles of responsibility and leadership, I've found him to be more than just an excellent attorney. He is a veritable fountain of life wisdom in general.