Hello, and thank you for looking me up on Avvo. I would be happy to answer any questions you may have about my practice and why we feel you'd be completely happy with choosing our office. My client's cases are handled by their names and not by case numbers, regardless of the size. I learn about my clients and what makes their cases special to them, which is essential to the ultimate success of their claims. Other attorneys like to tout huge settlements and are not willing to make time for many clients' cases. My law office gives clients the attention they deserve and have received many thanks from clients over the years, many of whom stay in touch with his office. 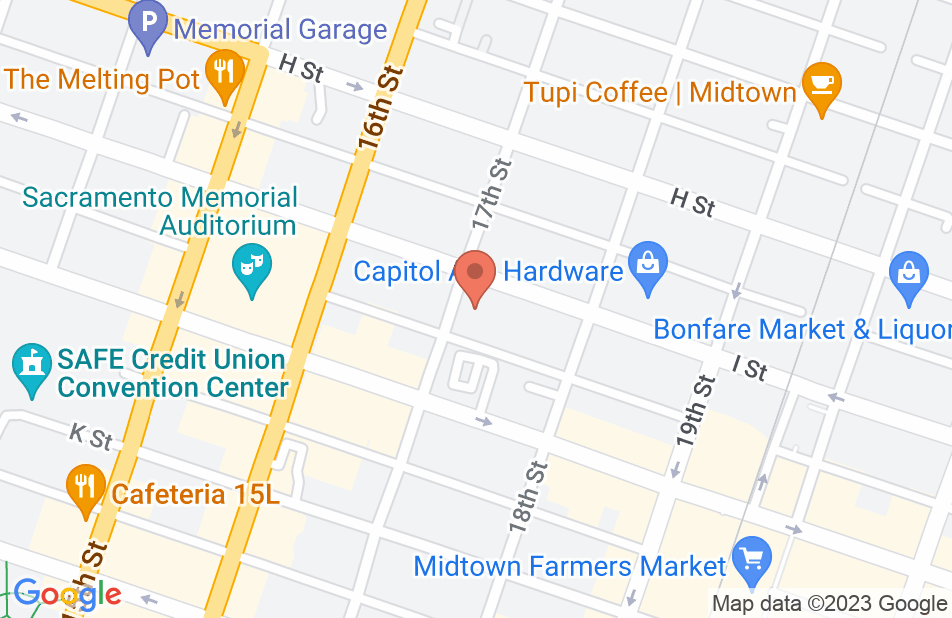 I was involved in a motorcycle accident and a friend referred me to Sette Law Office that same day. They were very helpful and professional from the very beginning. The staff was very kind and diligent in obtaining police reports and medical records in a timely manner. They were very good at keeping me updated with my case and never hesitated to answer my many questions. I am very thankful to Mr. Sette and his wonderful staff for making this difficult situation just a little less stressful!
This review is from a person who hired this attorney.
Hired attorney

My lawyer was awesome. he got me the most I could get and I really appreciate that. I had so many injuries that he fought for me to get the most. it took a little bit to get my money but we are glad to have gotten the maximum amount
This review is from a person who hired this attorney.
Hired attorney

They are absolutely awesome! They were came to me after my accident and were very patient and concerned. They did everything in a timely manner and kept me updated on everything. I would absolutely recommend them to anyone.
This review is from a person who hired this attorney.
Hired attorney

OMG !!! I don't think I can say thank you to Fred and his staff enough. I tried handling my own case with my VERY reputable insurance company. That was a very big mistake on my behalf. I'm almost lost out on everything. Was done to the wire and was so overwhelmed. Met with Fred and his staff to dicuss my car accident. They all are very compassionate, understanding, pleasant, most welcoming and beyond willing to help. Fred told me not to worry about this case anymore. He was taking it off my plate. That's exactly what he did. Best decission in regards to this case ever !! I refer him often and most definitely will attain his services in the future if needed. Than you Thank you so very much for the care and handling of my accident injury case. Y'all are Awsome people !! Sincerely Tammy
This review is from a person who hired this attorney.
Hired attorney

I was rear-ended when stopped at a red light. Mr. Sette handled my case with skill, expertise and with a concerned and caring manner. He was extremely kind, sensitive, supportive and understanding of my unique circumstances. His awareness of the possible outcomes, and his advice when answering my many questions was compassionate and competent. I believe I received the best possible outcome under the circumstances and I don’t think this would have happened without his help. His very capable staff is also to be commended.
This review is from a person who hired this attorney.
Hired attorney

Mr. Sette helped me get through a really scary car accident claim. He was patient with me and explained why and how the case was going as I had never been in a car accident before. He really made this as easy as possible. Thank you.

More than I was expecting

I had bad experiences in the past from lawyers claiming to be the best in their field and I almost lost a very large lawsuit due to one and so I was rather hesitant when I had to hire a new lawyer for a vehicle accident that hospitalized me that was not my fault and that was Frederick Sette. As it turned out it he was more than competent and very informative and resolved my case very quickly, amicably and profitably. I couldn't have more pleased. Great job...

The best of the best. Fred changed a very bad situation to a good one.

Fred was amazingly caring and very aggressive to get the reparations I had a right to. I thought that I was over the time limit for trying to pursue another aspect of trying to obtain a secondary settlement. Suddenly one day, I received a call from Fred's fantastic staff that a settlement letter was available for my signature. Wow, it was just at the time in my life that I needed it. It could not have been better timing. I lost a lot because of my accident. Some of it I can never get back. Fred turned this into a more positive situation.

My need for a good attorney began when a driver of a motor vehicle apparently thought it was a good idea for her car to occupy the same space that I occupied while cycling. While it was clear from the police report and driver’s statements that she was at fault, my situation appeared almost hopeless because the driver’s liability insurance was less than 20% of the medical and emergency response team costs. Her insurance coverage would not be sufficient to compensate for lost wages, legal expenses, anticipated medical charges, or any other accident related costs. After a period of recovery my quest for an attorney began and after interviewing several lawyers, Fred Sette rose to top as the best match for my case as it was clear that he’s very knowledgeable and he communicated with confidence that he could handle the case with a favorable outcome. Another plus was that Fred himself is also an avid cyclist so I knew he would be no stranger to the challenges of the chaotic dance that exist between automobiles and bicycles. I felt that Fred’s cycling experience would be an asset as he proceeded with handling of my case. During the interview, Fred lowered the level of anxiety and stress that this accident. Fred handled all aspects of my case working with all parties involved, including insurance companies and also third parties that had financial liability claims against me for medical and emergency services. Recall that these financial claims far exceeded the insurance coverage of the person who was at fault. When all was said and done, Fred Sette was able to negotiate an overall settlement that far exceeded what I thought would be possible. In fact, the compensation to me was several times the insurance coverage of the driver at fault. Fred was able to achieve this favorable outcome while avoiding any cost or expense to the driver at fault. Bottom line, I would highly recommend the Law Offices of Frederick Sette to any accident victim looking for good and effective legal representation for their case. One additional comment - after the case was settled, an additional creditor surfaced with a claim of financial liability against me. Fred Sette did not hesitate to step in and handle the situation. Fred extended his resources to make certain that this additional claim would not a negative expense for me. It’s obvious that customer satisfaction is important to the Law Offices of Fredrick Sette.

I felt that he took good care of my situation, and also I don't feel leftout after he closed my case. He still offered to help me with insurance issues in case they arrise.

I endorse this lawyer. He is a well respected member of the legal community.

I endorse Frederick Sette. Hard working and aggressive attorney who is dedicated to the success of his clients. Respected by his colleagues within the legal community.

I endorse attorney Frederick Sette. Fights hard for his clients to obtain the best possible outcome. He is talented, knowledgeable, and dedicated to the legal profession.

I endorse attorney Frederick Sette. Dedicated to his clients with a track record of success. Has earned respect from his clients and peers.

Attorney Frederick Sette is a respected member within the legal community. Dedicated to his clients. I fully endorse.

Having read this attorneys intelligent and well written comments here on Avvo, I endorse this lawyer.

I endorse this lawyer. Mr. Sette is a very knowledgeable personal injury attorney.

I sincerely endorse attorney Sette! The answers of Mr. Sette are consistently accurate, analytic and customized to the needs of the Avvo asker. These are exactly the qualities that every client would be looking for in hiring an attorney.

I endorse this lawyer. I have known Mr. Sette for many years, and worked with him on various matters. I find him to be very knowlegeable, and diligent.

As a member of the board of directors of the local trial lawyers association, as a fellow personal injury lawyer, and as a temporary judge of the Sacramento Superior Court, I have had the unique pleasure of closely observing Mr. Sette's work as a trial lawyer representing injury victims. I don't often say this about my competition, but he is one of the best trial lawyers in our region and I would recommend him without hesitation to anyone seeking elite representation in a personal injury matter. And by the way, he is truly one of the "good guys" in the business, a straight shooter who cares about his clients.