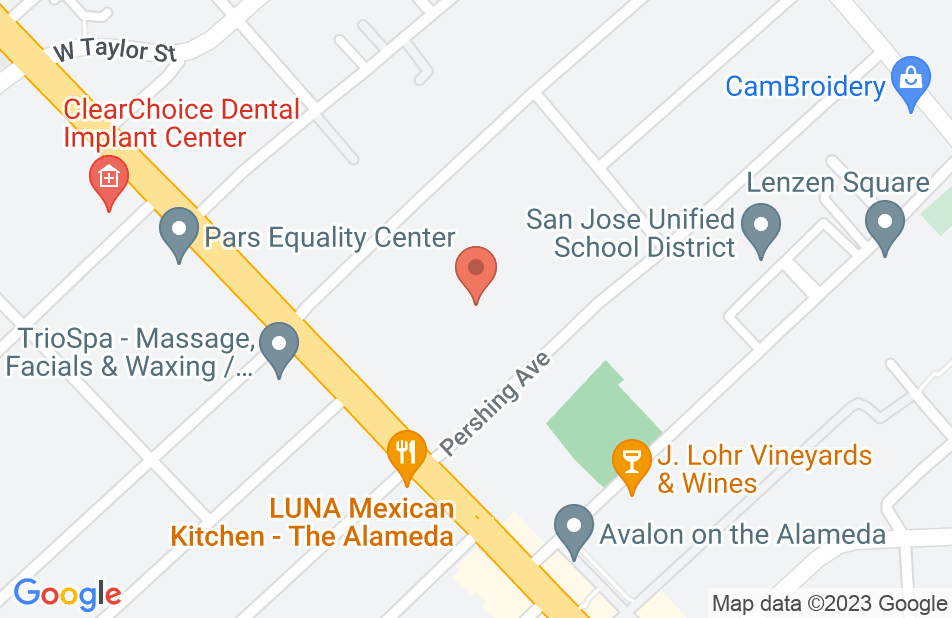 Albie is transparent, trustworthy, and confident. He is a professional who is not focused on financial gain or status. Albie knows the legal system and it is obvious when speaking to him. He was very attentive and matter of fact with my situation. I was having some legal issues and he was very responsive from the very first time I contacted him. He provided relief and was patient with me. Albie was remarkably articulate and accurate when responding. I have tremendous respect for him and his team. I had many questions and needed a lot of guidance. His knowledge and communication provided me ease throughout this long process. He made sure I knew what to expect and was beyond helpful with understanding what will happen next with my case. He was thorough throughout the entirety of the ordeal especially with retrieving and reviewing all evidence. I knew I had the best lawyer when he spoke to me with confidence and did not sugarcoat the situation. I placed my trust with Albie and I was rewarded with a positive outcome. He knows what he is doing and is amazing at what he does. With that being said I am forever grateful for Albie and his team. The Bret Hart of Lawyers! The best there is, the best there was, the best there ever will be! The excellence of execution!
This review is from a person who hired this attorney.
Hired attorney

An expert at what he does

The TEAM at Jachimowicz Law Group is AWESOME!!! Albie helped my family through a very difficult situation. Going through any legal matter can be arduous, terrifying and anxiety filled but Albie was able to create for us, a sense of safety and calm throughout our ordeal. He was confident, professional, patient and reassuring through the whole process. It was completely comforting to know that we had people like Albie, Tanya and Josh on our side. Thank you so very much Jachimowicz Team!!!
This review is from a person who hired this attorney.
Hired attorney

Albie Jachimowicz represented me in a serious legal matter. My case resolved with the best outcome. Better than I could have imagined. During this tiring and stressful time, Albie's professionalism and court house experience gave me some piece of mind, allowing me to keep focusing on my family and work. Albie and his office were also promptly available when I had questions or a need for documents. I will forever be thankful to my wife for finding and hiring this law firm, and of course to Albie for his great work.
This review is from a person who hired this attorney.
Hired attorney

I had a felony warrant in California, but I was living on the East Coast. Albie was able to get my warrant rescinded and my case dismissed without me having to even come to California.
This review is from a person who hired this attorney.
Hired attorney

5.0 star rating 10/10/2016 Like everyone, I want the very best litigation counsel. As a lawyer myself, I should be able to identify the best so I chose Jachimowicz and Pointer as my attorneys. I was not disappointed and can say without equivocation that you won't be either.
This review is from a person who hired this attorney.
Hired attorney

Albie helped me with a major Felony case earlier this year. Not only was he thorough in reviewing all the material, he was persistent with the courts. It only took 1 piece of evidence to dismiss the case, which Albie throughly found and presented to the DA's office. Usually, one finds an attorney who wants to get the case over with as soon as possible; this is not Albie. If he takes longer to get back to you or more time to solve your case, don't worry, he's making sure that he does it the right way, the first time. He and his firm will help you and fight for you aggressively like they did for me. I would hire him again in a heartbeat.

Would NOT change hiring Albie and his team.

Albie and his firm came highly recommended by a respected insurance attorney. I did not look anywhere else because of the highly regarded referral. Albie and his team were always respectful and truthful. They treated me with dignity. They explained each step of the process. Michael Horner communicated every step he took and there was always someone to talk with me within 24 hours. They made the darkest hours of my life livable. There was never a doubt in my mind that they believed me despite what the plaintiff accused me of. I hope to never need their services again, but if needed I would call them first.

I first contacted Albie approximately 2 years ago after having read reviews of lawyers on Yelp extensively and having conducted several phone interviews. I chose Albie because of his combination of knowledge, attention to detail and straightforward, down to earth attitude. He helped me resolve that case quickly and to my satisfaction. That was a relatively simple affair compared to what would happen next. Unfortunately for me, I needed Albie's services yet again about a year ago, this time in a completely different type of manner which was far more serious with long term ramifications. Once again I chose to work with Albie. He took the time to calmly and confidently explain to me all of my options, brought me up to speed on the laws and consequences of them, etc. We met several times and he consistently appeared with me in court during every trial date, which were numerous over the course of approximately a year. Ultimately Albie resolved the case, exceeding my expectations. Not only do I highly recommend him as a great, committed and thorough lawyer, but also as a kind individual who was always responsive, took calls during non business hours and was just generally a very nice individual. While I hope not to have any future serious legal needs, I wouldn't hesitate to work with Albie again should the need arise.

A very good attoney, one on whom you can completely rely to get you the best deal possible

I was charged with a two-count felony and Albie Jachimowicz got it reduced to two misdemeanors with no jail time. One of the best things about him is his absolute confidence. Another is the speed with which he responds to phone calls and emails, even on his days off and while on vacation. He is definitely a very capable attorney and highly respected within the judicial system.

Mr. Jachimowicz took my case without any hesitation after hearing a unjustified matter. He was professorial and expert in the law. He wanted the best result of the case and he showed his result and professionalism. He was very personable and caring. He respond e mail and phone calls promptly and he kept every thing up to date on the case. I highly recommend him for any legal questions or matter. He will deliver any cases with the best result. Thanks You.
See all reviews

Albie is a highly skilled criminal defense attorney, with experience, knowledge and passion. He is a savvy problem solver, a force to be reckoned with in court and a serious advocate for his clients. He is driven by a killer work ethic and invested in achieving the best possible outcome for his clients. He is respected and liked by judges, prosecutors, court clerks, bailiffs and his clients. I highly recommend his legal services!

I endorse Albie. He is a highly skilled attorney that is well respected in the legal community.

I endorse this lawyer. I have known Albie professionally for over 20 years. The best endorsement I could give is, Albie would be the first person I would call if I ever got in any trouble.

Christopher Malloy, DUI and DWI Attorney on Mar 23, 2012
Relationship: Worked together on matter

I endorse this lawyer. I have known Mr. Pointer for over twenty years. I did a rape trial with him and Albie Jachimowicz years ago. Mr. Pointer and Mr. Jachimowicz both impressed me. Albie and Richard are very fine attorneys. They work hard. They know what they are doing. I have been telling people for years that these two attorneys are excellent advocates and consistently do very high quality work for their clients. .

I endorse this lawyer. Albie is one of the most competent lawyers I know. If I was in trouble he would be on my short list of lawyers I would hire for myself. He is agressive and fearless in the court room.

I endorse this lawyer. Mr. Jachimowicz is a very experienced and knowledgeable attorney. His trial preparation is second to none.

Albie is the best criminal defense lawyer I have ever worked with on a codefendant Jury Trial. I could tell all 12 jurors loved him the way they smiled at him when he showed humor and the way they nodded and took notes when he cross examined witnesses on the stand. His trial techniques and charisma makes him an outstanding criminal and also civil trial attorney.