I will provide you with carefully crafted, unwavering representation.

NEIL HALLINAN, a third-generation trial attorney in the San Francisco Bay Area, is the founder and lead attorney at the Hallinan Law Firm, with offices in San Francisco and Oakland. Prior to founding the firm, Mr. Hallinan spent a decade as a public defender, most notably in Oakland, CA where he secured complete victories on a range of cases from murder and 3-strikes prosecutions to low level misdemeanors, including hundreds of DUI cases, more than fifteen of which he tried to verdict.

In his career, Mr. Hallinan has tried more than forty-five trials to verdict and conducted the defense in hundreds of preliminary hearings, in several different counties in Northern California. Since the establishment of the Hallinan Law Firm, Mr. Hallinan has taken on cases in San Francisco, Alameda, Marin, San Mateo, Santa Clara, Contra Costa, Solano, Sacramento, and Santa Cruz Counties, and has represented witnesses in federal and state court prosecutions. 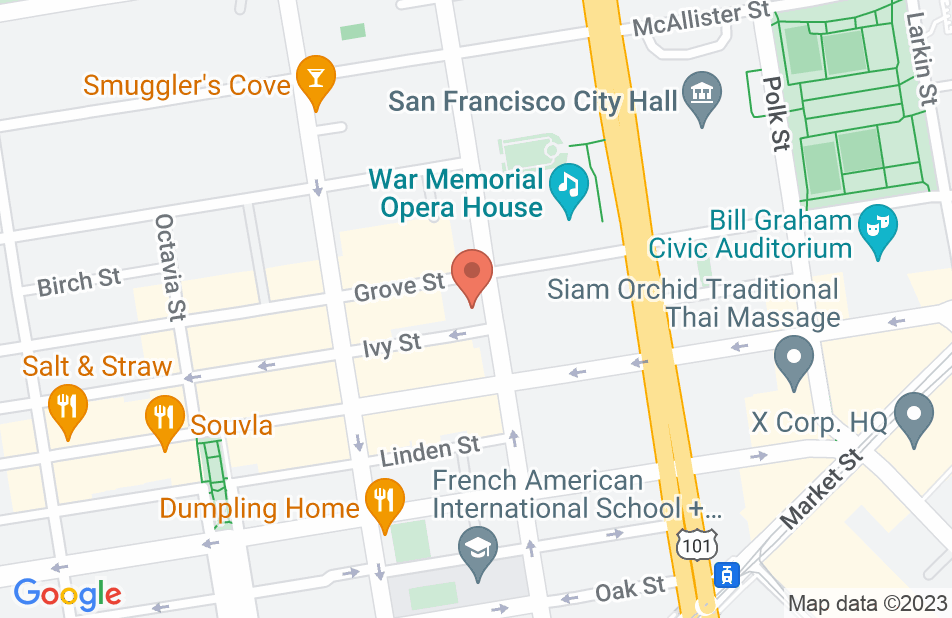 I hired Neal to defend me in a case. He was able to get all changes dropped for me. I was also facing a probation violation of which he was able to talk the DA down considerably. Had it not been in Marin County, the probation violation would have been thrown out. Heal is a great lawyer that I would recommend to everyone who needs one.
This review is from a person who hired this attorney.
Hired attorney

If you need a Lawyer, Neil Hallinan is the one you want!

Neil Hallinan was the best choice I could've made for my representation. He kept me aware of every possible outcome and advised me to make the right choices which in turn got me the best verdict I could've hoped for. If you need an attorney, I highly recommend Neil Hallinan.
This review is from a person who hired this attorney.
Hired attorney
See all reviews

Neil Hallinan will take on the toughest of criminal cases and deliver outstanding results. I consider myself privileged to have worked as co-counsel with him and seen him in action before judges and jurors. Neil is eloquent. He is charming. He has nerves of steel. He will find a way to win if anyone can.

Neil is an exceptional criminal defense attorney with a track record of winning cases in trial. He is tireless in his defense of people accused or under investigation by law enforcement. I have personally observed his process of working up and investigating criminal cases and can say with certainty that his client's are well represented. I highly recommend Neil to anyone seeking representation in bay area criminal courts.

I am privileged to have known Neil Hallinan since his boyhood, as well as his grandfather Vincent Hallinan and his father Patrick Hallinan, both of whom stood on the pinnacle of criminal defense in California's state and federal courts. Now as the third generation of stalwart courtroom warriors, Neil Hallinan shares their DNA and their acumen in the field of criminal defense, and he does so in the same building at the same desk where they worked their mastery in this challenging arena. He embodies the same qualities that his grandfather and father deployed so successfully on behalf of their clients: superior intellect, engaging personality, tremendous work ethic, honesty and realism, and a never flagging quest for justice. When a client retains Neil Hallinan he or she will ally not only with a superlative lawyer but also with a lawyer whose roots in criminal justice trace back for over a century.

Neil Hallinan is an incredible defense attorney, an expert in trials, and sophisticated in obtaining the best plea deals possible. I often refer him cases, and when I do, I know that the client will be well taken care of. I whole heartedly endorse Neil Hallinan. If you need a defense attorney in a difficult case, look no further.

Neil Hallinan is a highly skilled aggressive criminal defense trial attorney. He is passionate in his obligation to protect his clients.

Neil is a great, local attorney because he cares about his clients as people/humans not as income, he has dozens and dozens of jury trials under his belt = vast experience, and he is passionate about justice. To me it's a no brainer: Neil is one of the best criminal defense lawyers I know and I've been working in criminal defense since 2004.