An Aggressive, Sophisticated Approach to Criminal Defense With Federal and State Trial Experience

I have been defending clients in criminal cases for 37 years and have battled the government every step of the way to fight for my clients constitutional rights and to mount a formidable defense. I will handle your case with empathy and a fierce determination to win. 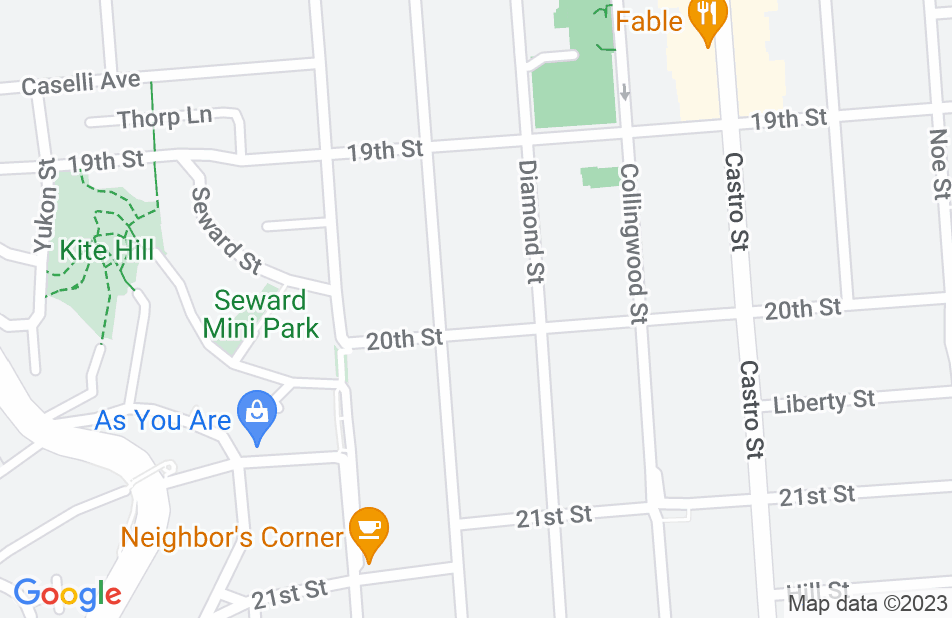 This was the first time I had to deal with the law and Harris was recommended to me by a well respected person that I knew from work. As a law abiding hard working person, I would have never thought that I would find myself in the situation that I was in. As a victim of a crime, I was wrongly accused of something that was done to me by turning the tables. After Harris was notified, he immediately took action and started with all the work needed to build a solid defense and proof that the accusations were simply based on lies and that there was no credibility to what I have been accused of. Harris strategically chose the right path for our defense and my case was dropped before it went to trial. I cannot express how grateful I am that Harris managed to proof the wrongdoing that was done to me. During the entire time, I worked together with Harris to provide all the information we needed and when we finally converged on sufficient proof, Harris pulled the strings and the case was dropped based on the evidence we provided. As I have never dealt with the law before, I cannot compare my experience. However, I have learned through Harris that it is important to stand on top of everything and understand both sides in all details. Although I had to push Harris in situations where I would feel that work needed to be done, Harris handled all situations with confidence and achieved the expected results.

***AMAZING WOULD BE AN UNDERSTATEMENT***highly recommended

Mr. Harris is an extremely knowledgeable, and experienced lawyer in federal crimes. I don’t want to be specific in my case. His approach with me was realistic combined with optimism. From the 1st day I sat with Mr. Harris I was given the entire bigger picture, before narrowing in on the specifics of my case. He always kept me in the know and, most importantly, gave me a sense of security. His advice has always been clear, thorough and of the highest standard. Mr. Harris clearly understood my situation and worked hard to accomplish my number one stated goal and I couldn't be happier with his counsel, encouragement and experienced guidance during this stressful situation. Mr. Harris looked at the case not only from the legal perspective from the human side as well, which can comfort anyone dealing with a legal issue. Mr. Harris stood in my stead on a number of occasions and helped explain possible outcomes and next steps as things unfolded all while keeping my goals and needs in mind and never losing sight of my main goal. While I hope my path never crosses with Mr. Harris because I find myself in this kind of situation again, I would highly recommend Mr. Harris and his practice for all your legal needs. I appreciate he and his staff and office for being extremely professional. Personally, I do not feel that I could have been in better hands. I can't thank Mr. Harris enough. Highly recommended!
This review is from a person who hired this attorney.
Hired attorney

The best in the business

I was referred to Harris buy a good friend and attorney himself Frederick Remmer. I want to start off by saying Harris is a very talented and knowledgeable attorney. When I hired Him I was incarcerated. Within a short time he got me out of federal holding and begun to work on my case. My case was very complex.Harris had me out on bail for a few years while he was dealing with a devilish US District attorney. I was looking at 10 years plus in federal prison. On the day of sentencing he used his experience and knowledge to get me out of a bad situation. I would’ve had a better chance to flying to the moon that day then what to outcome was in the courtroom. I walked out of freeman with Probation. I am very grateful that God put Harris in my life to help me out. I highly recommend Mr. Harris Taback.
This review is from a person who hired this attorney.
Hired attorney

Though shocked that I would ever need a Criminal Defense Lawyer, I found myself in need and met with Harris Taback because he was highly recommended. He immediately made time for me and my family and seamlessly guided us throughout this ordeal. At all times we were well informed of what to expect. Harris agreed to represent us even though this was an extremely difficult case. Because of his ability to write as well as speak with such authority and conviction, his representation exceeded all our expectations. Harris knows how to balance aggressive advocacy and professionalism. We all recommend him to those in need of an excellent attorney. Subsequently, another family member approached Harris with a civil governmental action and the recovery was more than hoped for and accomplished in a very timely manner. Harris Taback is the lawyer’s lawyer!
This review is from a person who hired this attorney.
Hired attorney

What can I say but miracles do happen. Had I not hired Mr. Taback I truly believe I may have ended up with a very different outcome. Not one time did Mr. Taback drop the ball or let me down in any way. He had my back from the very first day. Mr. Taback worked effortlessly with the prosecution and continuously kept me updated. I was never left wondering what was going on with my case. Mr. Taback also never promised me a rose garden. One thing you can depend on is he is a straight shooter. No mincing words here, you are going to get the good, the bad and the ugly. You will always get the truth and be prepared for the worst. Mr. Taback listened, explained, mentored and advised. At no time did he ever sugarcoat the possibilities, but he promised I would get through it, no matter what the outcome. He also promised he would stand beside me through it all, and he did just that. Mr. Taback argued, defended, cooperated, identified, pointed out, stood up and represented me to the fullest. I could not have asked for a better defense attorney. To say Mr. Taback is a good attorney would be an understatement and injustice. Mr. Taback is outstanding. He is professional and courteous. Mr. Taback puts honesty and integrity at the forefront of every situation. His advise was 100% point on, even when I didn't like what he was saying. I was never advised incorrectly. Make no mistake, I am grateful to the honorable judge that served over my case and to the prosecution and agents involved. This absolutely was a cumulative effort by all. Mr. Taback went over and above the call of duty on this case, every single time. The bottom line Mr. Taback cares! It has been an honor having Mr. Taback as my attorney, but it is a true privilege to know him as a human being. You are my hero always. Thank you for everything Pal!
This review is from a person who hired this attorney.
Hired attorney

Best Defense Lawyer in the Business

Harris Taback (pronounced Tay-back) is somebody you must talk to if you are looking for a defense attorney. Even for my case which was relatively minor (DUI) compared to the more severe cases he deals with, he gave my case way more time and attention than most lawyers would. He really listens, he discusses all possible strategy options, and his responsiveness to my endless questions was always prompt and on point. I can't stress enough how important it is to have an attorney who is easy to reach and communicate directly with. This is very rare and Harris was always very responsive. He also has tremendous experience, relationships with the people who matter (especially the DA) and because of his deep experience and relationships is able to get things done, negotiate better deals, and have success where less experienced folks have no way to help. Can't say enough good things about him. Give him a call and I think you'll be very impressed as well.
This review is from a person who hired this attorney.
Hired attorney

Harris went above and beyond to represent me in my case. He was always available for guidance and kept me up to date on the process. Even my judge stopped in the middle of my hearing to say "you've got an excellent lawyer." I would call him back instantly if I ever needed consul. Honestly I wish I had found him earlier in my legal process bc I've had other lawyers who were a total joke.
This review is from a person who hired this attorney.
Hired attorney

I utilized his services for a grand jury hearing. I felt he listened to my situation in detail, gave it careful consideration and advised me properly. I also felt he was able to understand his adversary and adjusted his plan of attack using that knowledge.
This review is from a person who hired this attorney.
Hired attorney

I hired Harris and couldn't be happier with the process or the results. Harris was always available and extremely communicative. He has a ton of experience as a criminal defense attorney and is therefore able to offer great advice and strategy. I felt like he genuinely cared about me and the results of the case. I recommend him highly.
This review is from a person who hired this attorney.
Hired attorney

Harris is a very knowledgeable attorney and a great advocate for his clients. He often can see issues others would not and he fights hard to ensure that his clients get the best results possible.

"The cream rises to the top", the saying goes, and it certainly applies to superlative criminal defense lawyer Harris Taback. His inventiveness in crafting defenses in seemingly hopeless cases is legend, as is his prodigious talent in effectively and persuasively presenting those defenses to judges and juries. Anyone seeking a formidable advocate in a criminal case need look no further than Harris Taback.

Harris is the best. He approaches every case with care, is wickedly smart, and works hard to learn every aspect of the law and facts relevant to each matter. Harris is also incredibly dedicated to his clients and genuinely cares about getting the best resolution possible. What's more, he has been practicing in the Bay Area for over 30 years and therefore knows the ropes, including most of the judges, prosecutors, and other defense attorneys in the area. He's also a pleasure to be around and a fantastic mentor. If you need legal help, Harris is your man.

Kenneth Wine, Criminal defense Attorney on May 23, 2015
Relationship: Worked together on matter

Harris is a tremendously skilled advocate, with 3 decades of real world trial experience. He gets results few lawyers can match. His personality is a force of nature. His approach is sophisticated and practical. If you're in trouble, this is the man to call.