Rex Tran’s practice focuses on representing consumer debtors in Bankruptcy since becoming a member of the California Bar. Before starting this law firm, Mr. Tran was a Managing Attorney for the largest bankruptcy firm in the nation. To date, Mr. Tran handled over 1000 bankruptcy cases. As a managing attorney, Mr. Tran not only handled matters personally, but also trained staff and attorneys in all aspects of Bankruptcy.

Additionally, Mr. Tran also has experience in business/civil litigation and personal injury claims from his time as a law clerk for The Law Offices of L. Michael Wilson (formerly Apollo Law Group) from 2006 through 2008.

Mr. Tran also presently serves as a Staff Sergeant in the United States Army Reserve with the 78th Legal Operations Detachment in Los Alamitos, CA. In 2008 he was deployed to Camp Taji, Iraq where he provided legal support for 1500 Soldiers of the 419th Combat Support and Sustainment Battalion. During his 12 year military career, he also worked on courts-martial cases and military boards, and provided legal assistance such as helping Soldiers obtain citizenship, wills and powers of attorney. 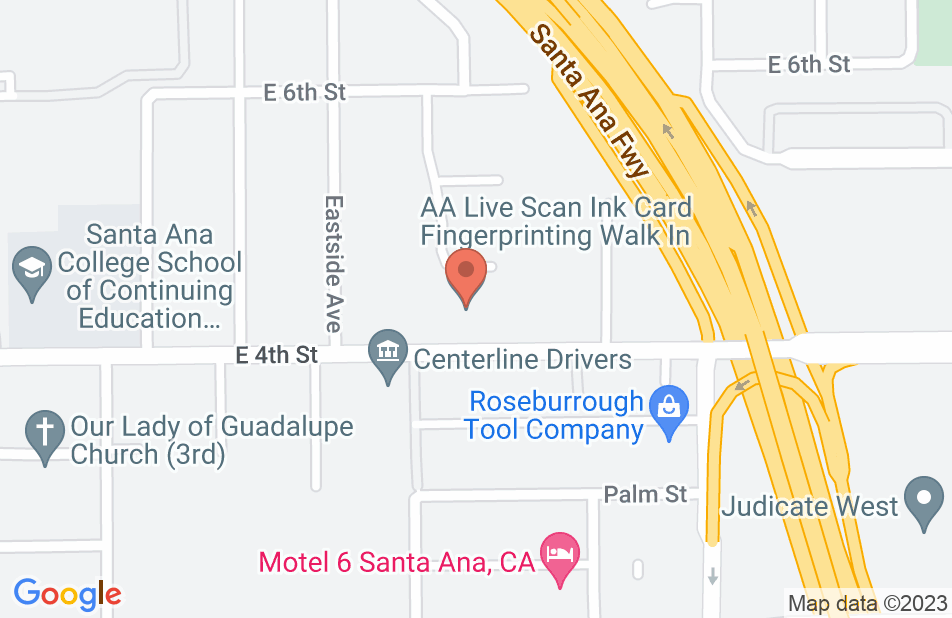 I have been in the unfortunate position of needing to retain attorneys on a few occasions over the last 6 years. One didn't even remember my name, just charged her ridiculous fees. One did such a dog and pony show I actually believed in him only to be taken to the cleaners, took every penny I had then quit without getting anything accomplished because I ran out of money. Rex Tran has renewed my faith in the legal system. Rex has presented himself as caring, kind and very knowledgeable. I/we were treated with dignity and professionalism. I/we never felt like a number. Rex's follow through is excellent as is his communications. I/we never felt in the dark about anything. Rex followed up after the close of our matter without any surprise fees, but with an intent to help in the future if needed. Rex has kept in touch via social media since. Rex is honest and fair and will treat you with respect and integrity. I would gladly work with Rex again in the future, though I hope I don't need to. I highly recommend Rex Tran as a honest, straight forward attorney (yes some do exist).

Rex Tran helped file my bankruptcy recently and to my surprise, he turned it into a much more positive experience than I anticipated (...as positive of an experience that Bankruptcy can be)! He made sure I understood all the implications of my filings and has really put me in a great place to move forward in my life. He was very professional, yet very approachable and responsive to all my questions and needs. I've already recommended him to my friends and family and HIGHLY recommend him to anyone looking for a great Bankruptcy attorney.

Rex Tran is an excellent attorney. He guided me through an extremely complicated bankruptcy case. His service was great, his rates were extremely fair (and clear), and he made me feel confident and secure throughout the process. I would highly recommend him to anyone seeking support in a personal bankruptcy.
This review is from a person who hired this attorney.
Hired attorney

I used Rex the first time I had to file bk due to a divorce many years ago. I met with him the first time in his office and watched the way he worked with numbers. I watched in awe. Rex simplified the process and made everything very easy to understand and very manageable. Rex is very intelligent, knowledgeable, organized and thorough; therefore, I felt very confident in Rex's ability. He made what could've been a complicated and stressful process very painless and smooth from the beginning to the end. Unfortunately, in 2020 I found myself in need of a BK attorney again this year. Needless to say... I went right back to Rex. I had to use his services remotely, due to COVID but he still provided first class service with honesty and Integrity. He's the only BK attorney I would use and recommend. I personally give him 10 stars.
This review is from a person who hired this attorney.
Hired attorney

I am grateful that my Chapter 7 bankruptcy has completed and it is due to the guidance, support and expertise from Rex Tran. During the consultation, he was able to talk me through the process as well as provide me with information that would benefit my case. Rex remained in contact throughout the process and facilitated it (even through COVID-19!). I appreciate Rex for helping me get through challenging times and being supportive the whole way. I would highly recommend Rex for anyone trying to take that next step into financial freedom!
This review is from a person who hired this attorney.
Hired attorney

Im extremely grateful to Rex for his service. He made the process straightforward, was quick in his response, was nice and knowledgeable and professional. He was flexible with his schedule to meet me after work. I recommend Rex if you want a hassle free fast service.
This review is from a person who hired this attorney.
Hired attorney

Mr Tran was a true professional and handle my bankruptcy smoothly. I couldn’t have chosen a better lawyer to represent my case. Rex made this difficult decision stress free.
This review is from a person who hired this attorney.
Hired attorney

I was very skeptical about filing. However upon reviewing the ratings on yelp Rex was my first and only consultation. He worked with me to get everything started and reassured me every step of the way. COVID-19 did cause a little delay with the courts. However i was updated all the time and felt very good in my decision and understood everything with my filing. I would recommend him to anyone considering filing. He is efficient and easy to work with. At no point in the process did i feel pressured or unsure. His rates were reasonable and over all a really great experience.
This review is from a person who hired this attorney.
Hired attorney

I spent a lot of time looking for a bankruptcy attorney and I'm so happy I chose Rex. He made the process so easy and stress free. He was patient and kind with all of my questions. I'd highly recommend him to anyone looking for a bk attorney.
This review is from a person who hired this attorney.
Hired attorney
See all reviews

I am happy to have the opportunity to endorse Rex Tran. He has demonstrated concern for clients as well as an experienced understanding of the bankruptcy process.

Rex is a fantastic attorney. I've known him personally and professionally for many years. He has great skills in handling clients' concerns. He is also a very diligent attorney that does what he says he's going to do. This is important with bankruptcy law because the stakes are high. There is a lot of bankruptcy lawyers that don't do what needs to be done in a timely manner, but Rex is not one of those types. Rex is a stand up and disciplined attorney with a military background that you can trust.

I am very impressed with Rex Tran and his credentials. I endorse this attorney.

Seth Hanson, Bankruptcy and debt Attorney on Oct 18, 2013
Relationship: Other

I endorse this lawyer. Rex and I worked together at one of the largest bankruptcy firms in the country. While Rex was a managing attorney at the firm, I would often go to him for advice on challenging legal issues. Because of his knowledge and experience, Rex could always help me find a good legal solution. Rex is also patient and understanding, which is important when working in the bankruptcy filed. In addition to being a great attorney, Rex also serves our country in the United States Army Reserves.I would highly recommend him.

Rex, was my managing attorney at a Large Bankruptcy Law Firm. Rex has excellent knowledge and an ample amount of Bankruptcy Experience. He has great customer service skills, and will always be there to answer your questions.

Jeffrey Hyslip, Consumer protection Attorney on May 8, 2013
Relationship: Worked together on matter

Rex is a well known, dedicated consumer advocate. His knowledge of consumer protection and consumer bankruptcy provides his clients with a threat few attorneys possess. I strongly recommend Rex to any consumer struggling with their finances. I highly endorse this lawyer.

Rex Tran is an experienced bankruptcy attorney and a skilled and professional advocate.

Rex Tran is a competent and diligent professional, and his patience and honest concern for his client is a great attribute. I endorse this lawyer.

Rex has practiced bankruptcy law for over three years now, and has filed close to 700 cases. His knowledge of bankruptcy law is thorough, and he is a reliable and professional attorney.