Stuart Price received his J.D. from the University of California at Los Angeles and his B.A. in Computer Science from Brandeis University. His law school activities included editing the Federal Communications Law Journal (Senior Editor), Entertainment Law Journal, and Moot Court. Stuart is a member of the State Bar of California, and the Los Angeles County, San Fernando Valley and Beverly Hills Bar Associations. He is admitted to practice in the Ninth Circuit Court of Appeals, the Central, Southern, Eastern and Northern Districts of California, and the Supreme Court of the State of California. Stuart was Chairman of the Individual & Consumer Bankruptcy Sub-Committee of the Los Angeles County Bar Association from 1998 to 2000. He was an extern to the Honorable Richard A. Gadbois, Jr., U.S. District Court Judge for the Central District of California. Stuart serves as an arbitrator with the Beverly Hills Bar Association, and as a judge pro tem in the Los Angeles Superior Court. He has been a guest lecturer in Bankruptcy at Merit College and speaks to a variety of trade groups. Prior to founding Price Law Group, Stuart was an associate at Danning, Gill, Gould, Diamond & Spector where he represented debtor and trustee interests. Stuart has received his real estate broker's license and his pilot's license. When he's not playing with his two fabulous children, Stuart likes boating and chili. 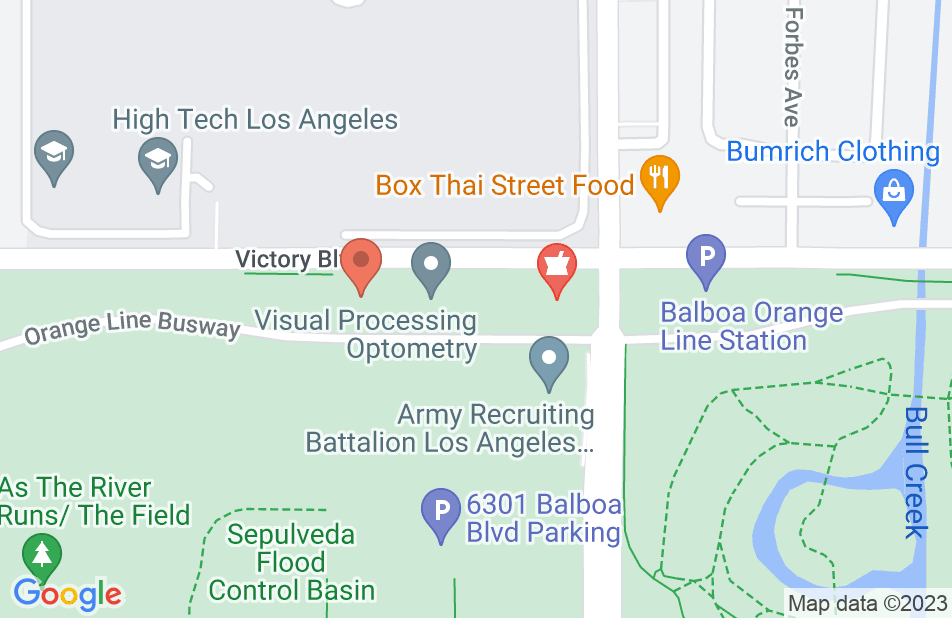 I worked with Price Law Group through my Bankruptcy and From the moment I had my initial call in I was impressed with their customer service. They answered in a friendly manner and didn't sound angry or bothered with me like some other places I called. Unsure and having never been through a process like this they eased my concerns by first listening to my situation completely. I was frequently cut off and not allowed to explain the full scope of my situation when I spoke with other law firms. They first listened then they explained how they may be able to help me. They broke down the Bankruptcy process and how long it would take and how much it would cost. They even worked with me and allowed me to do a partial downpayment. The thing that impressed me most is the responsiveness when I have a question or concern. I would email Scott and have a response back literally within minutes addressing all my concerns in the email. Their prompt response time made me feel as if somebody was ALWAYS working for me and not as if I was a second thought. The bankruptcy process is quite daunting and can seem overwhelming, however with the attentiveness and constant communication from Price Law, the process was easy and pain free. I would recommend them to be your 1st call and only call. After my review, I happened to check out the other reviews for this company just to make sure my experience wasn’t a fluke. They have tons more reviews that profess to their outstanding service. This company is the real deal and their consistent customer experience seem to indicate that My situation was not an anomaly. Businesses that focus on consistently exceptional customer like PLG should be rewarded by the public by being our number one choice!
This review is from a person who hired this attorney.
Hired attorney

We used Rabin to do our Chapter 13 bankruptcy. He and his fellow attorneys were competent and helpful as we navigated the tedious and confusing process. We highly recommend.
This review is from a person who hired this attorney.
Hired attorney

Price Law Group and especially Rabin was very helpful with knowledgable counsel and overall wisdom in life. Rabin always took my calls and made time ensuring I understood the decisions in front of me. I never felt like I had no options and I would highly recommend Price Law if you find yourself facing the possibility of a Bankruptcy.
This review is from a person who hired this attorney.
Hired attorney

I HIGHLY recommend Price Law Group in Encino CA. I have used them 3 times now for a BK due to tax issues & credit card debt. Rabin Pournazarian is my attorney. He is extremely knowledgeable and helpful. He is always there to answer my questions. He is very thorough in his explanation of things and knows the law. His staff is very polite, friendly and helpful as well. If anyone is looking for a great BK attorney give Price Law Group and ask for Rabin.

I had gone to another attorney and walked away after the initial consultation in tears. He made me feel like I was doing something very wrong and I felt horrible for having to file bankruptcy anyway. I went to work upset and told my co-workers what was going on and one of the gals told me to call Price Law Group. They had helped her a few years ago and she was happy with the outcome. Well I called and received the best service and the attorney I worked with was very personable and made me feel so much better. That one phone call has changed my life as I was also dealing with cancer during my bankruptcy. Now I am debt free and stress free. Thank you so much Price Law Group, for helping me get a new start in life, as I call it, my second chance on life!

WONDERFUL COMPANY - WOULD NEVER USE ANYONE ELSE

WONDERFUL COMPANY - WOULD NEVER USE ANYONE ELSE The Encino, California office is GREAT. They go beyond what anyone would expect of them and have no problem dealing with complicated situations. I can't believe how much time they put into my situation so that it all worked out in the end. The judges always were happy that their paperwork was always done properly. I felt very lucky when I knew they were on my side while I saw judges getting upset with other companies that did not have all of their paperwork correct. Any time I was in court others would tell me they had wished they had gone with the law firm I had. They really are great at what they do.

This Office has to be the best place on earth to use under such a stressful time in my life. Bankruptcy is not a easy decision to make and it is emotionally overwhelming. Price Law group and Steven Alpert's Staff make you feel like family. When you are stressed and worried and confused they 100% know what to say to make you relax and not worry. They will tell you how they will handle what ever the situation might be from your normal questions to being served and sued bye many creditors. They are always in fast response to everything you need and they make sure they jump on what ever you ask of them in a hurry. I have never used a attorney nor Law group. They are professional,truly concerned and care about you and your situation. I can promise you wont regret using this company and they will hold you to a very high standard. They will pick you up when you are down and make sure you understand 100% how bankruptcy works, what they will do, how they will do it. The group they have will get everything done in a timely manner. They make themselves available via, phone and when you send a email they usually respond within a hour. If you are thinking and needed a Law Firm for bankruptcy or anything for that matter they are the ones to use. If they cannot be of service for the type of Attorney you need I would trust there recommendations before I would anyone else. Thank you Price Law Group and Steven Alpert for your kind, professionalism,thoughtful considerate attitudes and helping me get through this hard time in life. Jay Glynn

What I'm about to say about Price Law Group is true. My life prior to contacting Price Law Group was a nightmare. Got injured on the job, my pay was much less and I was seriously behind in payments. When I decided to file chapter 7 bankruptcy, I contacted several other places (they either kept me on hold or I had to leave a message). Until I saw price law group online. Price Law group got back to me very fast via email and a personal call. Price Law Group walked me through the entire process, even when the paper work was all in and I was clearly worrying daily, my a lawyer Rabin called me to see how I was dong and to give me updates and answered any and all questions. I was totally calm and at ease, because nothing was hidden from me. By using a combination of online and US mail documents were signed and sent with such speed I could not believe why I stressed my self all of those months over bills and more bills. Guess what, today, my debts (i had over $35,000) have cleared bankruptcy and I now have my life back thanks to Price Law Group. I highly recommend Price Law Group. The staff is very professional. by the way my lawyer's name is Rabin Pournazarian...simply awsome. I can sleep now. Please it is important to follow directions and the check list of items that Price law Group needs to expedite your case. Trust me it goes faster when you supply the paper work requested.

We were greatly surprised at the ease of filing. You will be closely guided through the whole process. A representative will also appear at the hearing with you. A genuine bankruptcy is a very smooth process with the courts representative. Price Law Group and the associates you will speak to and meet in your location are extremely helpful. If you are in need of Bankruptcy help give them a call. They are straight forward with everything.

My attorney, Kian Mottahedeh, was fantastic. I say, "my attorney," because Kian made me feel that way. He was scary fast to reply to questions via email and made himself available on the phone through my entire time of need. My experience with this attorney and the firm was fantastic. You really can't go wrong with these folks so don't be concerned - they will get you through it. Thank you Kian and Price Law Group, you're good people.
See all reviews

Stephen Drucker, Bankruptcy and debt Attorney on Nov 10, 2017
Relationship: Worked together on matter

I endorse this lawyer. He is very knowledgeable and thorough. I have worked with him for many years and I highly endorse him.

I worked for Stuart's firm before starting my own bankruptcy law practice. Stuart truly cares about each of his clients and takes the time to explain the bankruptcy process to them. Stuart's knowledge of bankruptcy law is exceptional. He has also been a very good mentor.

Stanley Lockhart, Bankruptcy and debt Attorney on Apr 27, 2010
Relationship: Worked together on matter

Stuart is one of the top BK attorneys in Calif. I have made special appearance for a few of his associates in the Northern District. They are all well organized, complete and accurate in their filings and take time to explain those areas that are off the beaten path. A fair and reasonable "Price.".....I am sorry, I couldn't help that.

I refer all my bankruptcy cases to Stuart Price. I rest easy knowing that my clients will get the best advice based on the current bankruptcy laws.