Are you going through a divorce, custody or support matter? Herrera Law Firm can help today.

Rodolfo Herrera has been working in the field of family law since 2006. Before passing the California State Bar exam in 2007, Mr. Herrera worked as a law clerk for a prestigious family law firm in San Diego. During this time, Mr. Herrera gained extensive experience in family law matters.

After passing the Bar Exam, Mr. Herrera moved on to become an associate attorney with the firm, during which time he quickly became experienced at litigating in Superior Courts throughout California.

Mr. Herrera then practiced family law for two years before eventually opening his own firm, Herrera Law Firm in 2008. Currently, HLF is committed to giving back to the community by helping San Diego residents work through their family law disputes. 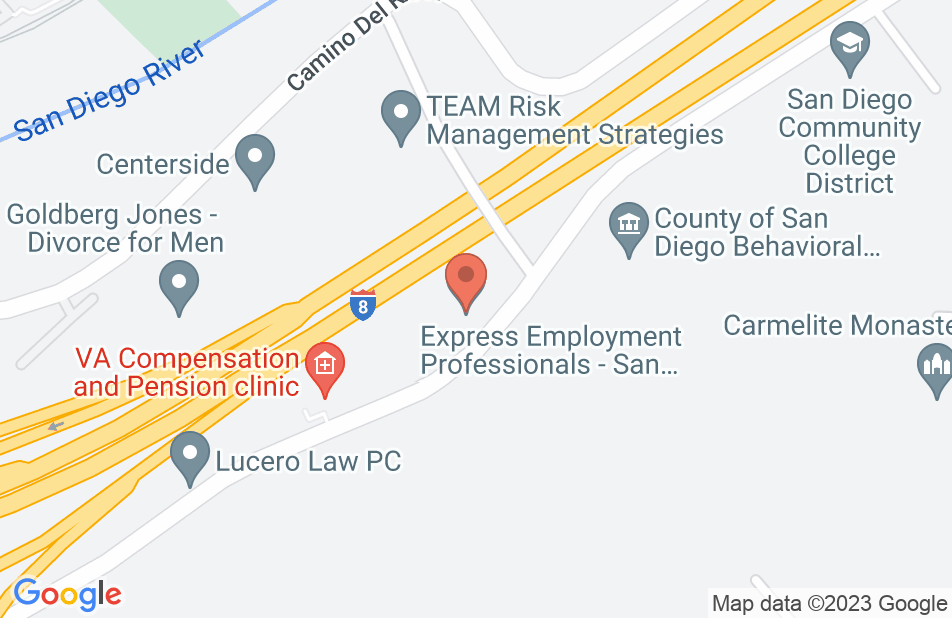 I have used the services of Herrera Law Firm , specifically Rodolfo Herrera in two cases , one in family court about custody , and the other in child support court. . The cases caused enormous stress and anxiety, I felt the pressure much reduced by Rodolfo's calm and gentle manner outside the courthouse, and his strong and knowledgable representation in the courtroom .Family court issues are very stressful . I felt protected and that my best interest and that of my son were represented .

Rodolfo efficiently and expertly helped my ex wife and I during our divorce. He always made himself available to explain complicated issues and also charged a more than reasonable rate. I would highly recommend Mr. Herrera to anyone seeking help with a divorce, separation or custody dispute.
See all reviews

I have worked with Rodolfo on multiple cases and found him to be highly skilled, knowledgeable, and professional.

Rodolfo is an excellent lawyer with whom I have worked with for many years. When there is a family law case my firm cannot take, Rodolfo is at the top of the short list of attorneys I would recommend.

I highly endorse Mr. Hererra. He is an extremely well-respected attorney and would be a great choice for anyone seeking legal representation.

I endorse Rodolfo. I have opposed Rodolfo on several cases and he is a tough opponent. Rodolfo advocates and argues to the fullest extent while remaining professional and cordial. Rodolfo is one of the most passionate family law attorneys that I know. He works hard for his clients to bring out the best possible result. I have had the pleasure of having cases with him over the past few years, he is well prepared, respected and educated. Rodolfo diligently represented his clients interest, but also kept settlement in mind which saved both sides money. I endorse his work and if I were ever in position to not accept a family law case for myself, I would refer my client to Rodolfo.

Mr. Herrera is a knowledgeable attorney who strives to ensure his clients' best interests are protected. He is a respected member of our legal community and I endorse his services.

I've known Rodolfo for over 20 years. Even before he was an attorney Rodolfo was sharp, aggressive and analytical. His reputation in the legal community is untarnished and impeccable. He possesses the skills and experience to achieve maximum results for this clients. I have personally witnessed Rodolfo's work and can say that there are very few in California who match his skills. I strongly endorse Rodolfo Herrera.

I fully endorse Rodolfo. He is great with his clients and gets results.

I have known Rodolfo since law school and I have no hesitation referring him potential clients for family law matters when my office is unable to help them with their matter.

Attorney Herrera is one of the finest family law attorneys in San Diego. Mr. Herrera has an outstanding reputation with lawyers and judges in the San Diego legal community because he is courteous and professional at all times. He knows how to negotiate a settlement when it is in a client's best interest but when negotiations fail he is not afraid to take your case to trial and kick some ass.

Mr. Herrera is a very conscientious and caring family law attorney. He is truly concerned about each client, and ensures that each client's needs are fully met. I wholeheartedly endorse this attorney.

Attorney Herrera is knowledgeable about the law and cares about his clients. I endorse this lawyer.

I endorse Mr. Herrera as a family law attorney. I have worked with Rodolfo on several different matters ranging from hearings involving putting forth witness testimony on domestic violence issues to child custody and divorce proceedings. Rodolfo has a superb ability to be forward thinking in his analysis of what is best for the client. He is trustworthy, hardworking and has attention to detail. I refer all my family law clients to Rodolfo.

Mr. Herrera did amazing work in a short time-frame for a close family member. He put her mind at ease and did everything he said he'd do. The results of his work speak for themselves.

I highly endorse this lawyer. Mr. Herrera is one of the more knowledgable Family Law attorneys out there. He is able to relate to his clients on a personal level and deliver great legal representation as a result.

Rodolfo is one of those rare attorneys whose professionalism and honesty is well known throughout the legal community. He is a very caring individual and it is this attitude which transcends into his ability to achieve better results of his client. I endorse him 110%!