Jordon Harlan was born and raised in San Diego. Jordon attended the University of San Diego School of Law. There, he was invited to compete nationally on both his law school's trial team and appellate moot court team. During the same period, Jordon also interned for the San Diego District Attorney's Office and externed for the Honorable John A. Houston of the Southern District of California.

Jordon previously worked for both auto and professional liability insurance companies. He knows how to achieve phenomenal results because he understands how insurance companies operate and what kind of cases and lawyers they're afraid to fight against.

In order to be the best advocate for his clients, Jordon is continuously honing his trial skills. As an adjunct professor at USD, he regularly instructs students on trial tactics, evidence and case theory. In addition, Jordon regularly teaches deposition skills on behalf of the National Institute of Trial Advocacy (NITA).

Jordon has offices in San Diego and Durango, CO and shares time between the locations. Jordon lives in North Park with his wife and with his dog, Penny. He enjoys motorcycling (in Durango), running and trying out the local breweries when he has time. 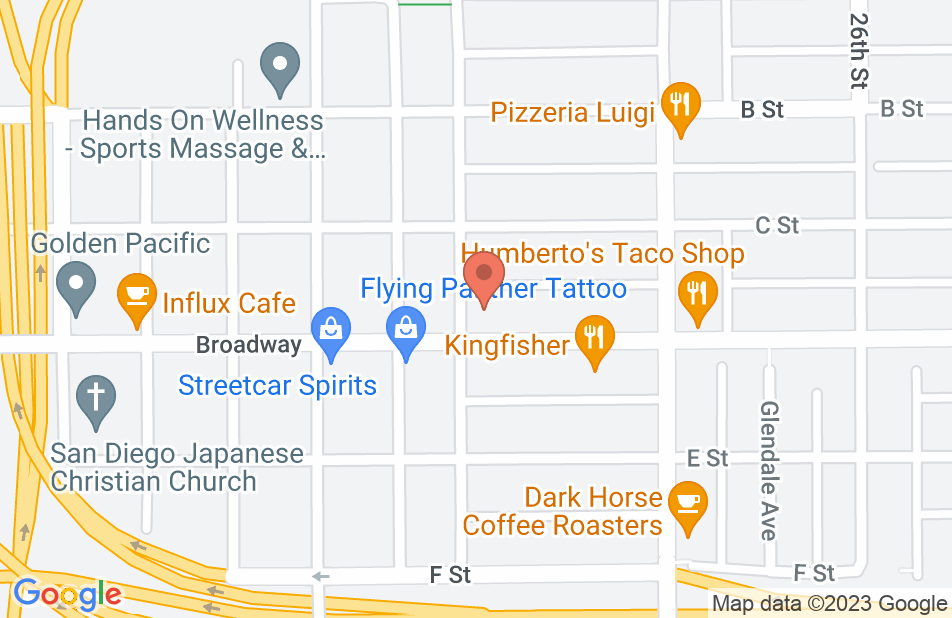 Jordon helped me on a complicated class action case. Through the process he was honest, helpful and accessible. He was able help get the case to a settlement. I highly recommend him.
This review is from a person who hired this attorney.
Hired attorney

Responsive and candid - very easy to work with

I found Jordon through Avvo and contacted him regarding a situation with my previous employer (I also contacted other attorneys and he was by far the most responsive). My situation was complicated and, unfortunately, time-sensitive. The consultation was outstanding and helpful and he never once pressured me to retain him. Beyond that, Jordon was clear and honest where his strengths were and did his research on his own (calling other specialized attorneys) into my situation, as necessary. Ultimately, I ended up with a great result!
This review is from a potential client who consulted with this attorney.
Consulted attorney

Took the time to talk

I called Jordan with an issue that did not involve his area of law he took the time to talk with me and give me great advice and somebody good to call
This review is from a potential client who consulted with this attorney.
Consulted attorney

Many thanks to Jordon for listening and guiding me through a difficult employment situation. He explained the legal details of my case and acted quickly to move forward with my case. He really knows the nuances of employment law and thoroughly explained how he would move forward with my case and what I could expect from the case. Jordon moved quickly to draw up an agreement. I chose not to move forward with my case for personal/moral reasons. Jordon was very understanding and respected my decision. He would not accept any offer of payment, which to me speaks highly his character. I will not hesitate to use him in the future if need should arise. Thank you so much Jordon!
This review is from a potential client who consulted with this attorney.
Consulted attorney

I was in a car accident that left me unable to work for several months, and that ultimately led to a change of career. Jordon and his colleagues worked hard to make sure I understood the process and each step we were taking during the case. I immediately felt comfortable working with Jordon and his team because they were very genuine and knowledgeable. Jordon and his colleagues truly care about the people they represent. Jordon would call to check-in on my medical progress and to check-in on how I was feeling about the case. This was a very trying time in my life, and Jordon made the whole experience easier. I whole-heartedly recommend Jordan to anyone looking for an attorney. He and his team really exceed expectations.
This review is from a person who hired this attorney.
Hired attorney

After a near-death accident, I was in need of an exceptional lawyer. I had never had such an accident, so I knew nothing about how to get started. I began by doing an online research for a lawyer in San Diego, and Jordon Harlan came up. His reviews were exceptional. From the moment I sent out an inquiry, to the day my case finally closed (two years later), Jordon and his team were fantastic. Jordon felt more like a friend and an advocate than a lawyer trying to collect money for work done. He really advised me every step of the way and outlined different options I had. I was not his easiest client - with a degree from an Ivy Leage, I had a million questions, and he'd answer every one of them happily. I was able to communicate with Jordon easily and quickly whenever I needed him, and he worked with me to solve any issues that came up during the lawsuit he was handling for me. I'd highly recommend him to just about anyone. I was very pleased with the outcome of our work together, and his advice and work was stellar.
This review is from a person who hired this attorney.
Hired attorney

So blessed to have found Jordon

My daughter and I were in a car accident with the other driver being at fault. I was going to accept the situation and move on with our lives. I quickly realized that areas of my body were not getting better, yet growing worse, ultimately needing shoulder surgery. My daughter was also experiencing nightmares. Even though I had never sued before, I knew I needed someone to help sort out the details of this life event. I reached out to a friend and he directed me to another lawyer, who only handled fatality cases. Mr. McClellan referred me to Jordon... and oh, how fortunate I became! It took one phone conversation to know I had the right person to defend me and to guide me through this process. I have never sued and I have never written a review, however, in this instance, I would like to share with you and assure you that if Jordon defends what you are in need of... please give him a call first. Jordon was sincerely compassionate, extremely knowledgeable, very professional, he was always punctual, and I always got off the phone or left a meeting having clarity and comfort in the direction we were headed. Basically, he knows and does his job well... and he does it with class and dignity. In the end, my settlement exceeded my expectations. If you are looking for someone to listen and understand you, then to put your worries at rest, give Jordon a call. You won't be disappointed and you will forever be blessed.
This review is from a person who hired this attorney.
Hired attorney

A Steadfast, precise, advocate for your rights.

Mr. Harlan represented me in a very sensitive, employer-employee case which consisted of wrongful termination and other sensitive factors. He was professional, confident, and followed through to the end. This wasn't a case about money, it was more about morals and protecting my human rights, and in the end we prevailed. He continues to be a supportive legal advocate for me, searching for legal answers when I'm in need.
This review is from a person who hired this attorney.
Hired attorney

I highly recommend Mr. Harlan. He represented me after I was involved in a car accident near my home in Chula Vista. He came down to my house to meet with me on several occasions and kept in touch with me from start to finish. After filing the lawsuit, he was able to obtain a settlement five times over what I would have accepted and been happy with receiving. As a result, I was able to pay for any health care services I needed and provide my children with gifts they greatly appreciated. It was never a stressful experience for me and I enjoyed working with Jordon. He still keeps in touch to see how I'm doing. I highly recommend Jordon to anyone.
This review is from a person who hired this attorney.
Hired attorney

Although Jordon was not able to take my case based on some specifics involved, he was incredibly informative and provided me a few excellent referrals. He even went as far as to do a little research on the phone and was able to find another attorney who had similar issues with the same surgeon I was pursuing a medical malpractice suit against. Thanks Jordon.
This review is from a potential client who consulted with this attorney.
Consulted attorney
See all reviews

Over the past few years, Jordon Harlan has collaborated with me on several criminal and civil cases. I have always been impressed with his attention to detail, and the care he extends to clients. Jordon has an outstanding command of the law, an admirable presence in the courtroom, and he is well respected by the bench and by opposing counsel. I wholeheartedly endorse Jordon Harlan.

I worked with Jordon on his recent trial victory and was impressed with his work ethic and ability to handle a case through trial. Quite simply, Jordon dedicates himself to his client and the case. I strongly endorse Jordon Harlan.

I endorse Jordon Harlan. He is a excellent trial attorney and extremely knowledgeable about elder abuse matters. He is a fierce advocate for his clients and I don't hesitate to look to him for advice.

I endorse Jordon. He is a great attorney with much knowledge in personal injury and medical malpractice matters. Jordon really looks out for his clients' interests, and he is well connected in the legal community.

Jordan is professional, talented attorney with a skill set beyond his years. I unequivocally endorse and recommend Jordan Harlan.

Jordon is an excellent attorney. I have had the opportunity to work with him. His work product is first-rate. I highly recommend him to anyone seeking representation.

I endorse Mr. Jordon Harlan. I have worked with Mr. Harlan on several complex matters and admire his work ethic. Mr. Harlan is very intelligent, hardworking and a valuable asset to all his clients. He is diligent, a quick thinker and remains calm under pressure in order to advance the interests of his clients.

Over the past few years, Jordon Harlan has collaborated with me on several criminal and civil cases. I have always been impressed with his attention to detail, and the care he extends to clients. Jordon has an outstanding command of the law, an admirable presence in the courtroom, and he is well respected by the bench and by opposing counsel. I wholeheartedly endorse Jordon Harlan.

Jordon Harlan is well respected within the San Diego legal community. Over the last several years I have come to know Mr. Harlan as a very intelligent and capable advocate. I fully endorse this attorney.

I have known Jordon for over five years and endorse his abilities as an attorney, both in his criminal and civil practices. Jordon and I have worked together on civil matters, where I was impressed by his knowledge and focus on his client's best interest. Whenever I have a question regarding a criminal matter, I always trust referring it to Jordon.

I went to law school with Jordon and we worked together as law clerks at the San Diego DA's Office. He has an exceptional command of the law, and is a strong, concise, and effective litigator. He is an exceptional advocate.

I worked with Jordon on his recent trial victory and was impressed with his work ethic and ability to handle a case through trial. Quite simply, Jordon dedicates himself to his client and the case. I strongly endorse Jordon Harlan.