Justice for the Injured -- An Experienced Attorney Who Calls You Back!

I am the managing partner at Hiden, Rott & Oertle, LLP (HRO) and have served as general counsel to the San Diego Riptide, a former AF2 Arena Football Team, as well as providing legal counsel to the Toronto Blue Jays and the former Montreal Expos regarding workers' compensation claims.

I represent clients throughout California and across the US for matters involving serious injuries both on and off the job, as well as consumer product class actions.

Through creativity, hard work and hiring some of the top experts in their fields, I have settled some of the largest workers' compensation cases in the State of California.  What makes a number of these cases so unique, is that the previous attorneys were recommending 5-figure settlements, and I eventually turned them into 7-figure settlements.

I have had the priviledge to serve as class counsel in several Class Actions and served as an Executive Committee Member in a Multi-District Litigation Class Action against Apple, Inc.  I was interviewed by ABC News regarding this class action.

In January of 2018, I received the Distinguished Lawyer Designation from the Expert Network, which is only conferred upon the Top 3% of Lawyers in the U.S.

In September of 2012, l was interviewed by THE SUIT magazine on Class Actions.

In 2011, I was interviewed by NBC News regarding the September 8, 2011 Southwest Blackout.

In 2011, my peers selected me as a Semi-Finalist for Top Attorneys (Labor/Employment), which was published by The Daily Transcript.

In 2004, the Firm was awarded the Certificate of Honor from UFCW, Local 135 in recognition of leadership in the time of crisis, withstanding all odds and elements to fight and sacrifice for the highest standards of all working class people.

In 1999, HRO was honored by the Asia-Pacific Legal 500 as being named in its Legal 500 Series, as being one of the top law firms in San Diego for Labour and Employment.

I am committed to providing the very best legal representation.  I do this by knowing the law; developing a specific game plan for your claim; knowing the experts; keeping you informed about your case; by maintaining an excellent reputation with the Judges, who will decide your case; and by willing to take your case to the ends of the earth to deliver the benefits and results that we have discussed throughout your case. 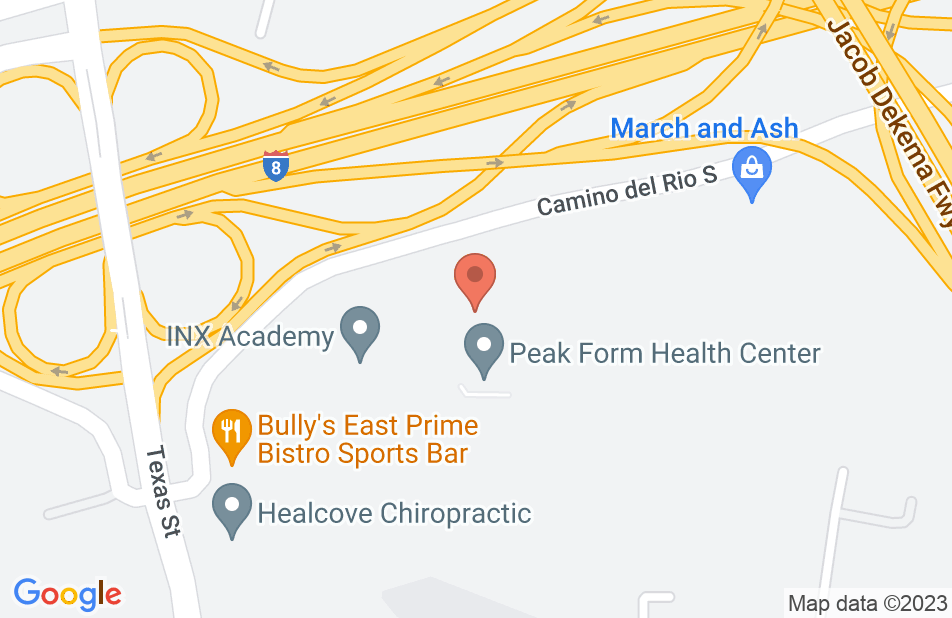 I hired michaels firm to help me with a work comp case, he was open and honest about my whole case. At every court date they were there fighting for all my rights I deserve and the outcome was ABOVE AND BEYOND what i expected in my case. I highley reccomend there firm and you will not be disapointed
This review is from a person who hired this attorney.
Hired attorney

Mr. Rott worked with lightening speed to settle my case for nearly $2,000,000.00 more than my first lawyer was willing to settle for. I am so thankful that I fired Phil and hired Mr. Rott. Mr. Rott knew how to fix the problems created by my first attorney. From the very beginning, Mr. Rott explained his plan for my case and more than delivered on what he said he could do for me. Mr. Rott did in 2-weeks what my first lawyer could not do in almost 2-years. Thank you Mr. Rott!
This review is from a person who hired this attorney.
Hired attorney

I had a brain injury on 2015 and I hired a lawyer that didn't try to get me treatment at all and wanted to settle for 600k. A year later I met Michael Rott and he promised me my treatment and a better settlement. Just as promised, he got all treatment I needed, transportation, homecare and an electric wheelchair. We always had great and fast communication. He is such a nice person, I'll be forever thankful he settled my case for 2 million including a life pension. Don't think twice to hire him he will get you every penny your case is worth. I definitely recommend him top lawyer in San Diego for worker's compensation..
This review is from a person who hired this attorney.
Hired attorney

I highly recommend Michael Rott. He worked hard, fast and got me a great result!
This review is from a person who hired this attorney.
Hired attorney

Michael rott the greatest attorney " God" when had

When previously had a attorney Joshua Teperson which was a nightmare cussing at my husband that was paralized and messed our case up. We got a referrel from my brother Louie which was the best thang we could of accepted . Our first accounter was with Orcelia the most perfessional senior pare legal to Micheal rott. She was caring and family oriented. We were told by our old attorney that no other attorney would accept our case. But Orcelia was speaking on speaker phone and mr rott owner of the business was listening. Right away mr rott said he'll take our case. He take castrospic cases. He told use that the previous attorney gutted our cases settling for pennies on the dollars. Mr. Rott and and his college and Orcelia worked night and day and fought for my husband. The put there life on hold for this case. They accepted cases all hours of the night. Our case was hard with the insurance attorney but our attorneys team was always steps ahead of the case, I highly recommend this attorney. He saved my husband life and we are so grateful for the team. There like family to us much love. My option Mr. Rott needs to be the next president he fights for what's right.
This review is from a person who hired this attorney.
Hired attorney

My case was a nightmare! It put a lot of stress on my family, at no fault of Mr. Rott. I look back at the beginning of this case. It literally was an insult! I look at the end, and Mr. Rott did not make very much on me considering the time he put in and my constant vexatious behavior towards him. This was a family nightmare that lasted about a year and a half that ended at more than a fair amount of a case of this type. I got my life back after the (bad guys) were beat up by M. Rott. The (bad guys) were dictating my life, which I strongly opposed! I firmly believe in my heart no more could have been done by Mr. Rott. My family is tremendously thankful that this dictating of my life is over. Thank You
This review is from a person who hired this attorney.
Hired attorney

I had after having two different attorneys sit on my case and make ridicules consolations to a second rate defense attorney who had stalled time and time again to try in bankrupt me into settling my case for next to nothing Michael was able to step in and change the course of my case the right attorney makes all the difference don't be afraid to fire an attorney that's not working for you in my opinion there are at least three bad for every one that is good.Michael Rott is one of the good ones M K.Anderson
This review is from a person who hired this attorney.
Hired attorney

the best best and honest lawyer

Hi my name is Oscar.and I suffered a industrial injury 9 years ago.and first I hire 3 different attorneys.and I have so many problems with everyone.for not taking my case seriously.for some reason god put me the law office of Michael Rott in my life.and I'm so thankful for all the excellent and professional work that he did on my case. I extronly recommend Michael Rott.because his professional and honest. Thanks for all your help Michael Rott.and god bless and your staff.

Michael I want to begin with thanking you for all your hard work and dedication that went into our WC case. This case was Very Complex and required the fine tuned skill's of a Hardened Gladiator. I whole heartily endorse your firm, as it was a team effort from start to finish. We are very pleased with the outcome of this case, and never could have achieved this Justice without you or HRO. Thank You, Colleen R. Moorhead

Mr. Rott and his fabulous Paralegal Arcelia Martinez fought for me and in no time at all I got a very decent settlement. Thank you very much. You guys are Awesome!!!
See all reviews

I endorse this lawyer. He works hard for his clients.

I endorse Michael Rott. He is highly respected in the legal community and is blessed with a savvy legal acumen. For all your personal injury needs, he will be professional, courteous and aggressive.

I endorse this lawyer. An incredible advocate respected by peers and clients alike.

Ronald Cook, Bankruptcy and debt Attorney on May 9, 2014
Relationship: Fellow lawyer in community

I endorse this lawyer. Michael is a smart, sincere, caring lawyer, and those are the qualities that inform my decision to recommend him to my clients. Add to those qualities his fine character, and what more can a client want?

I endorse this lawyer. Mr. Rott is a skilled and well respected member of the legal community. He is a zealous advocate for the rights and interests of his clients

Michael Rott is an experienced attorney whose participation and comments in Avvo show his commitment to serving clients as well as his level of experience. He is an excellent attorney that I recommend wholeheartedly.

Heather Pollock, Immigration Attorney on May 16, 2013
Relationship: Other

Matthew Abdo, Criminal defense Attorney on May 16, 2013
Relationship: Other

Mr. Rott posts frequently on AVVO and because of this forum I am able to learn about different practices in out-of-state jurisdictions. Michael, through his lucid and eloquent posts, has demonstrated a mastery of civil law. I have many friends who live on the West Coast and if any were seeking an attorney in his field I would refer him without pause.

I am proud to endorse this lawyer.

I sincerely endorse attorney Rott! The answers of Mr. Rott are consistently accurate, analytic and customized to the needs of the Avvo asker. These are exactly the qualities that every client would be looking for in hiring an attorney.

I endorse this lawyer. Michael is a classmate from law school. In the nearly twenty years since, he has earned a reputation as a very bright, caring and conscientious advocate for his clients. I'm pleased to know and recommend him.