J. Eric Price is nationally known as a “green card lawyer.” Our law firm practices immigration law exclusively. Our firm is devoted to changing the lives of all immigrants.

J. Eric Price, founder of Los Angeles Immigration Attorneys and former Assistant Chief Counsel for Immigration and Customs Enforcement (ICE) in the Department of Homeland Security – under President Bush and President Obama - has dedicated his career to fulfilling the dreams of immigrants to live and work legally in the United States. Attorney Price is experienced in all aspects of immigration and nationality law. He has represented the United States government in both detained and non-detained removal proceedings in front of the Immigration Courts, filed appeal briefs with the Board of Immigration Appeals and 9th Circuit Court of Appeals, and collaborated with Citizenship and Immigration Services (USCIS) on adjustment of status applications and asylum interviews. Most recently, as Assistant Chief Counsel for Immigration and Customs Enforcement, Eric successfully prosecuted over one thousand cases in front of the Immigration Courts with a specialty in prosecuting criminal immigrants. He is proficient with family and employment-based petitions, criminal, fraud, and presence waivers, asylum, cancelation of removal, DACA “Dream Act” applications, and non-immigrant visas.Attorney Price's current project, and ultimate goal, is to craft comprehensive and fair immigration reform, including a pathway to citizenship for currently undocumented immigrants in the United States, a guest worker program, and increasing the number of visas available to highly skilled individuals. 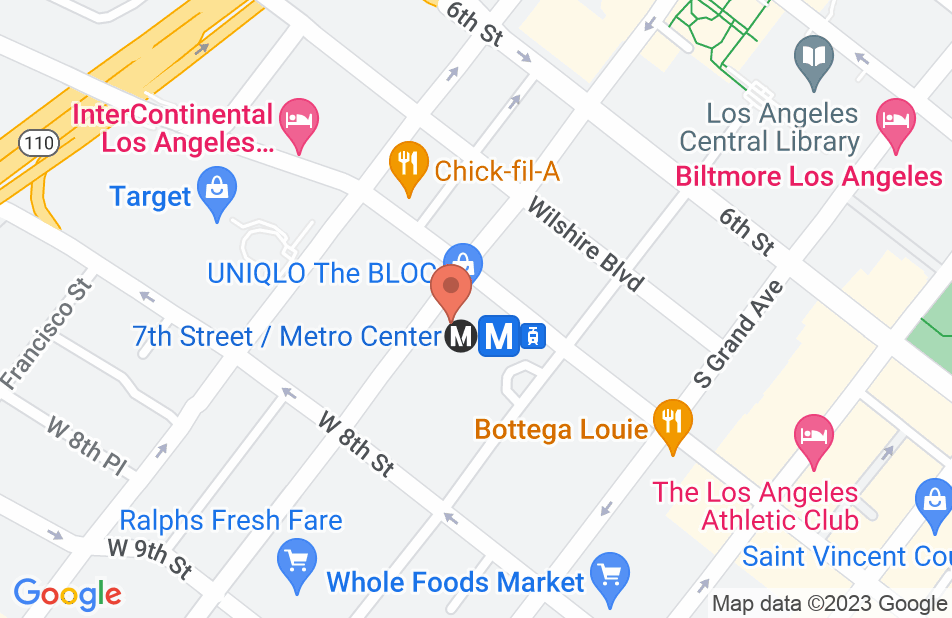 I’m happy with the service at Eric price immigration thank you very much patricia ceja for the service and atención, God bless you.
This review is from a potential client who consulted with this attorney.
Consulted attorney

I really want to thank Eric Price's legal firm and especially Karina Salazar who did an excellent job in representing my case which was very difficult in many aspects. I'm a US Citizen & wanted to bring my husband to the US. I had fear and doubted that my case would get approved because there was a big age difference between my husband and I which added to other sensitive circumstances surrounding the case. My 601a waiver was approved and so did my case in my home country Consulate. I can only say thank you for their professionalism and dedication with my case! I highly recommend their office and just like my case was a success, so will yours.
This review is from a person who hired this attorney.
Hired attorney

I would recommend this law office. My initial consultation with Mr. Eric Price he informed me about the process, on how long it would take. There were times were I would have questions pertaining to my case and Mr. Price was very professional answering my emails or providing me with a phone appointment. I was pretty impressed! At times I would contact his office and speak to his staff or paralegals if the paralegal was busy I would leave a message and I would get a return call. I know it gets frustrated when it comes to court dates and legal questions but overall Mr. price is only an email away. When your case is ready for court or appearance of some sort they were quick to provide the information I need to provide to them. I’m a true believer of working together with them to provide them with proper paperwork they need to proceed with my case, keep in mind each case is different. I would definitely recommend Mr Eric Price and his staff!
This review is from a person who hired this attorney.
Hired attorney

Attorney Eric Price and his Mission Valley team recently helped me gain Permanent Residency through my wife. It was a year and a half long process through which my wife and I had a ton of questions and requested constant meetings with Dayana, our paralegal. Dayana and her staff were extremely accommodating and would always reply to our emails in a timely fashion and would agree to meet when it was best for us. Towards the end of the process, we received our email for the National Visa Center that I officially had my appt in Ciudad Juarez. Dayana met with us and gave us all of the necessary paperwork. In addition to that, we met with the on-site lawyer, Melissa. She was extremely thorough, knowledgeable and friendly. Her questions helped me feel prepared and when it came time to interview, her advice gave me the confidence I needed in such a big moment. All in all, I am glad that out of all of the options for immigration attorneys in San Diego, I chose Eric Price and his legal team. They have my business should anyone I know every be in a similar situation. I can fully reap the benefits of being in the US thanks to hard working team at the Mission Valley office.
This review is from a person who hired this attorney.
Hired attorney

He help me with my case and his experience makes him a good attorney thank you
This review is from a person who hired this attorney.
Hired attorney

After looking around near our hometown in the Bay Area , and couldn't fine any good lawyers.We reached out to Eric Price , from the first phone enter view we had , he was honest , and knowledgeable. Exactly its been a year at go we contracted Eric Price and yesterday we had our interview with immigration . My husband was approved for his Green Card , few hours after we were done with the interview , we received an email with the APPROVED status. Susan our lawyer was amazing getting all of the correct paper work ready. Mitzy was the one who prepared us for the interview and she did an AMAZING job. Its was a long drive for us from Gilroy to LA when we had to bring meet to sign original documents , but it was all worth it. Also they are not to expensive like other Lawyers we contacted. I would highly recommend their Law office..
This review is from a person who hired this attorney.
Hired attorney

Got my green card super fast (started our case in February, gained G.C. in August) right after court. Eric was very helpful, took a great care of us, been ALWAYS responding to our emails, and we’ve asked to go with us to the interview. Knowing how busy he is with all the other cases, Mr. Eric found time in his schedule and was there with us. We’ve got our approval the same day and G.C. came within 7 days by mail. Big big Thank you, Eric and team. Looking forward applying to citizenship and working together again. Wishing you all the best clients :)
This review is from a person who hired this attorney.
Hired attorney

Im happy with the location in Santa Ana has a very Professional personal special Edgar Lopez I'm totally happy thanks guys
This review is from a person who hired this attorney.
Hired attorney
See all reviews

I have been working with Eric Price for many years. He is an excellent immigration attorney who works tirelessly on behalf of his clients. Highly recommend.

Eric is an exceptional immigration attorney. We have worked on cases together. He has a strong background in deportation matters and is well versed in all areas of immigration. I feel confident sending clients to him knowing they will be taken care of and in competent hands.

J. Eric is a well known immigration attorney who works diligently and vigorously on each one of his case. He is honest, smart, hardworking. I strongly recommend him.

Mr. Price's competence and resourcefulness in his field excellent. He cares personally for his clients, and spares no effort to see that their cases are undertaken with the highest regard to ethics and positive results.

I endorse this lawyer. Mr. Price is honest, hardworking, and extremely knowledgeable about immigration law. His experience as Assistant Chief Counsel at the Department of Homeland Security is a valuable asset to those seeking assistance with immigration matters. He approaches each case with compassion and concern for the welfare of his clients.

I endorse this lawyer. I have known Mr. Price for over a decade as a government attorney representing the Department of Homeland Security. Even as an opposing counsel, Mr. Price was always fair and just. I am proud to have him as part of the private bar as he dedicates himself to helping those with immigration issues. Highly recommend!

I endorse this lawyer. I have known Mr. Price for years, He is very knowledgeable of the law, dedicated, ethical and trustworthy. I thus, recommend his services to immigrants, who are seeking an advocate for their immigration causes.