We have 29 years of experience in Reno handling minor to catastrophic injury and accident cases...

I'm a trial lawyer with a long background in Nevada law and I've fought for justice for my clients in Nevada courts for more than 29 years.

I have an extensive background in serious injury cases and I've handled many wrongful death and catastrophic injury cases in my career working on behalf of Nevada injury victims.

My firm handles all injury cases, both large and small, and prides itself on fair and excellent service. When you come to my firm, you meet with me and I handle your case with the support of an experienced and friendly staff and a network of consultants including nurses, doctors, and investigators.

I came to Nevada in 1988 and worked for five years under the supervision of former Nevada Governor, Robert List, at what was then Beckley, Singleton, DeLanoy, Jemison and List. (Beckley, Singleton merged with Lewis and Roca in 2008). I later served as Managing Shareholder of Barber, Klearman and Associates.  Since 2005, I've been the Managing Shareholder of Steven J. Klearman & Associates, a civil litigation law firm located in Reno, Nevada, and I practice primarily in the area of injury law. I've handled more than 2000 injury cases and my firm is constantly involved in fighting out cases within the Nevada court system.

Then I studied international law at the University of Notre Dame’s Concannon Programme of International Law in London (and lived in London for more than a year) before I received my J.D. from Washington University School of Law in St. Louis.

I completed Harvard Law School’s mediator training course in 2000.  I was subsequently appointed as a mediator in the United States District Court, District for Nevada.  I am also a court-appointed arbitrator in the Washoe County District Court system and regularly hear cases and make decisions with jurisdiction up to $50,000.00 plus fees and costs.

My articles on various aspects of law have appeared in publications both in the U.S. and abroad, including The Nevada Lawyer and The Federal Bar News and Journal. My first Nevada legal guide, Elements of Nevada Legal Theories (now in its 15h Anniversary Fourth Edition), is considered by many to be a definitive guide to Nevada law; it is widely used by Nevada judges and attorneys.  I've also published three other legal guides: Nevada Statutes of Limitation, Nevada Evidence Law, and Nevada Rules of Civil Procedure.

Nevada's my home and I'm happy to be here. I'm a hiker, a cyclist and a snowboarder and my wife and I love to four-wheel throughout Nevada when we have time...

If you've been injured in an accident, come see what sets our firm apart... 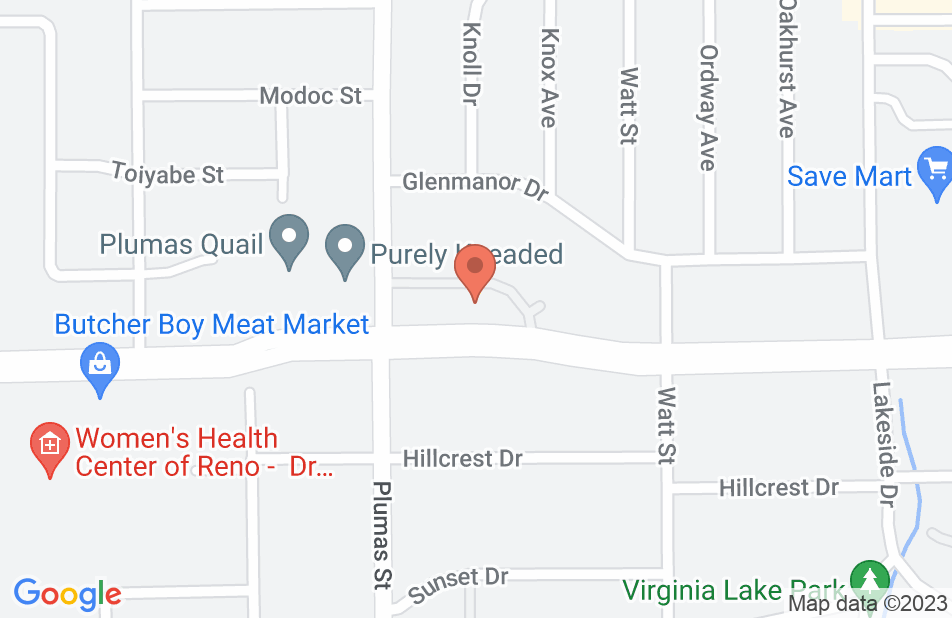 Outstanding law firm. Put together our complicated case, keeping us informed all along the way and then bringing the claim to a successful conclusion. And, very pleasant people to work with! Can't recommend them highly enough!
This review is from a person who hired this attorney.
Hired attorney

Steve J. Klearman & Associates has done such hard work for me fighting against the toughest insurance around (Farmers) when I got into a car accident back in January, even with a pandemic on his hands he worked hard and was able to close my case within a few months, and I am very pleased with the outcome and everything he has done for me, I have hired him before and will continue to do so because I feel well taken care of by him and his Associates, I would recommend to anyone who is injured and you don’t know where to start..., start with Steve
This review is from a person who hired this attorney.
Hired attorney

My go to Lawyer

I have worked with Steven Klearman and his entire team twice now. Unfortunately, I have been in three not at fault accidents, and after being taken advantage of by the insurance company after the first accident I've decided that I needed a knowledgeable attorney on my side when I was in a second accident. Steven fought hard for me and he made sure that I was taken care of without a hassle of dealing with shady insurance companies, and because my experience with him and his team was so amazing the first time around, when I and my daughter got hit by a car while riding my bike, I knew that I had to have Steven there for me to represent our interest. Steven goes above and beyond and I will be forever grateful to him and his team. Thank you! Olga
This review is from a person who hired this attorney.
Hired attorney

Outstanding service all the way around. Steven Klearman, Laura and the whole staff made a stressful situation worry free. They really look out for there client and definitely get you the settlement you want. I would recommend their services over and over again.
This review is from a person who hired this attorney.
Hired attorney

Steven, Laura and (most especially) Gregg were great to work with. Gregg went above and beyond to answer my questions and made sure I was informed throughout the process. There is NO WAY I could have maneuvered through the insurance maze without their assistance.
This review is from a person who hired this attorney.
Hired attorney

Mr. Klearman is an excellent attorney and has an office Manager LAURA who is an example of kindness, professionalism and concern for their clients!! I hope to never go through what we have over the last year!!! However; if we do we Jerry and Diana will definitely contact Klearman and his wonderful team!!’ LAURA AND GREG are excellent!! So is Mr. Klearman!!!
This review is from a person who hired this attorney.
Hired attorney

Steve Klearman and his whole Team were wonderful to work with. I was in a car accident and not at fault. The other driver was "on the job" and he had his personal insurance but the company he was working for did not have any, plus I had to have 2 surgeries to repair damage, so it was not going to be an easy case; however, Steve and his Team did make that process as painless as possible for me. It took time because of the delays from the other parties but Steve saw it through - he was tenacious with them and more than fair with me. I was kept informed and updated throughout. I highly recommend!
This review is from a person who hired this attorney.
Hired attorney

As Good as it Gets !

As soon as Steven Klearman agreed to take on my auto accident case, I knew I was in the best of hands. From the outset, Laura spearheaded their efforts to build my case file. I was very happy with the settlement that they obtained on my behalf. They are very professional and highly responsive to client questions, on each of about five occasions they called me back with an answer either that same day or the next day. A really dedicated, passionate, performance and results oriented law firm - highly recommended!-Mark H
This review is from a person who hired this attorney.
Hired attorney

Honest, upfront and down to earth

I must say I am very thankful I selected Steven as my attorney. Both him and his staff was very welcoming and stayed in close communication with me. He is fighting my case and has given me the guidance I need to stay positive about the case. I am ever so thankful to have chosen him and his staff for representing me in negligence case. Thank you all for being very supporting and working so hard to help me through this very challenging time.
This review is from a person who hired this attorney.
Hired attorney

Steve personally met with me and my husband. He took up our case and he was very efficient. Lovely, efficient and polite staff working with him too. Glad about the outcome
This review is from a person who hired this attorney.
Hired attorney
See all reviews

I endorse this lawyer. I’ve had the opportunity to work with Steve for over a year now. His professionalism and competence is inspiring and has earned him the respect of his colleagues, clients, judges, and opposing counsel. Steve’s exceptional attention to detail and vast knowledge of the intricacies and nuances of personal injury law consistently results in outstanding outcomes for his clients. Steve generously shares his expertise with other attorneys as he is the author of "Elements of Nevada Legal Theories", a book that serves as an excellent guide to Nevada civil law and is widely used by lawyers and judges throughout Nevada.

I endorse this lawyer. Steve is an excellent attorney. He is very knowledgeable and thorough in his case preparation. Steve is clever and insightful and possesses the highest integrity.

I endorse this lawyer. It has been my experience that Mr. Klearman will exhaust all possible remedies for his clients. He is tireless in his fight on behalf of his clients. I am proud to call him a collegue and friend.

I have worked on several matters with Mr. Klearman as his opposing counsel. He has always been professional and achieves good results for his clients. I think Mr. Klearman is an excellent attorney.

Steve was our local counsel on a case against Amtrak. He and his staff were very helpful in every step of the litigation. They were always available when we had a question and went out of their way to explain and offer guidance as we navigated through Nevada court system. I would highly recommend Steve Klearman and look forward to using him again as local counsel on any future cases in Nevada.

I endorse this lawyer. Steve is a lawyer's lawyer. Super smart, very skilled, and at the top of his game.

Steve is a very respected attorney, client advocate, and author