I am a partner at Randle Palmer & Bernays and focus my practice primarily on family law. I am a veteran of the United States Army and served proudly in Iraq in 2003. 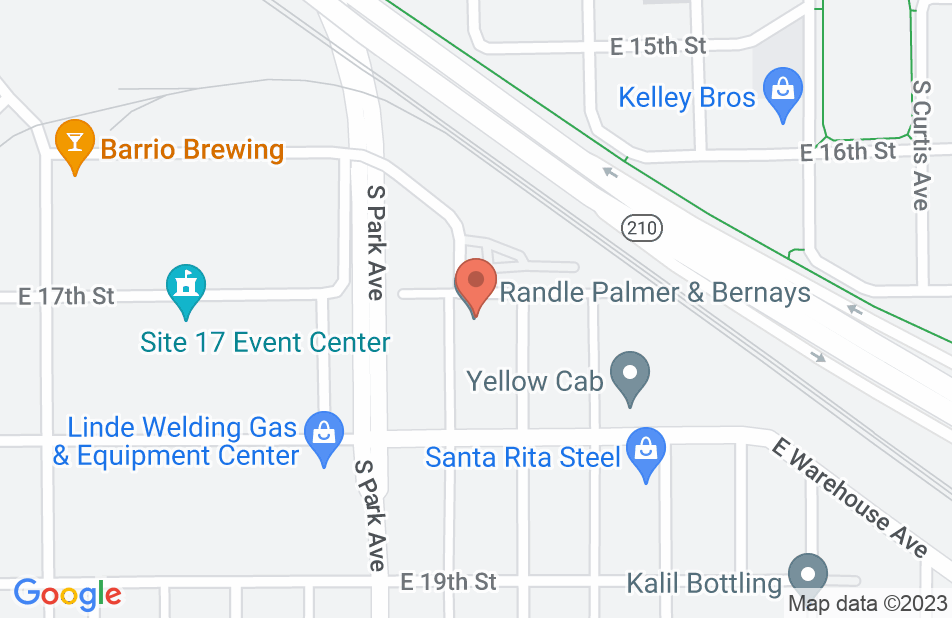 I have known Matt for a few years now, we initially had a consultation in 2018 - I believe. Although we didn't end up needing his services then, we recently hired him just a couple of weeks ago. My fiance has a 4 year old daughter and around the time she was 6 months old her mother decided she didn't need her father. we spent over a year without being able to see her. Even recently it has been a huge struggle with parenting time, our daughter's mother has tried everything to keep her away, and eventually resorted to claiming child abuse several. Which is what led us to hire Matt, who to be very honest, was our number one choice and we hadn't even considering going to anyone else. She managed to get and emergency order to keep her away from us (after our daughter fell while she was playing with her baby brother) until there could be hearing last month. We never received service for the hearing so we took ourselves down to the court house on a Monday and finally got some paperwork. We called Matt's office the same day, got a consult for the next day - Tuesday (which was only one day before the hearing - Wednesday). Now, I would never recommend doing this on such short notice but our situation was unique. Long story short, we got to pick up our daughter the same day of the hearing, we got to make up all the days we missed with the little one and more or less everything settled. Matt did us, our daughter and her baby brother justice by representing my fiance. He is an absolute beast in the court room and does not hold back, if there's anyone you want in your corner, it's Matt.
This review is from a person who hired this attorney.
Hired attorney

I am beyond grateful to Matt Randle and the rest of the team at Randle, Palmer and Bernays. From the first day I walked into their office they made me feel comfortable. Over the last year they have not only supported me and advised me, they have lifted me up but also kept me grounded. Matt and Brianna have been through a lot with me and I’m not only thankful that they were on my team but I’m now blessed to call them friends. The guidance and perseverance has been second to none.
This review is from a person who hired this attorney.
Hired attorney

Look no further for you child custody needs!

My daughter was basically kidnapped by her mother in spite. My daughter was kept from me for 59 days. I have been her primary caregiver for years. She is my everything. Matt and Briana never made me think they didn’t have my best interests, but most importantly they had my daughters best interests. Upfront and very easy and efficient and effective communication. Great you like your human. We aren’t done with this ordeal. But they got me my daughter back and got me into mediation with my daughters mother. If you have truth... there was nothing they couldn’t manage and or educate you on. They are a class act team. I really can’t be more grateful for what they did for my daughter and I.
This review is from a person who hired this attorney.
Hired attorney

Matthew helped me with my appeal on my divorce, even though we didn't win, he told me upfront it was a 50/50 chance. He never made me feel pressured into doing anything I didn't want to do and was fighting for me. I couldn't be happier with his work ethics and his staff. He really cares about his clients. I would give more stars if possible!!!
This review is from a person who hired this attorney.
Hired attorney
Matthew Randle's response: Thank you for the kind words

I highly recommend Matt and Bri. They were both upfront and honest and took the time to listen to my concerns in regards to my child! The both helped take off the blunt of the stress. If you are in a family hardship I highly recommend to give this firm a call! You won’t be disappointed!
This review is from a person who hired this attorney.
Hired attorney

My experience with Matt and his staff was nothing that I had expected and more than I hoped for. Legal matters are emotional, difficult, and have an effect on more than just the two individuals involved, and Matt and his staff understand this. The emotional side is not discounted, and the facts matter. This was an emotional journey, and Matt and his staff were able to help me separate the emotion from the business. They understood where I was coming from, never pushed me, listened to me, and I would not have been able to navigate this road without them.
This review is from a person who hired this attorney.
Hired attorney
Matthew Randle's response: thank you so much for the kind words

We found ourselves in bad spot with very little time to find representation for an impending custody battle. We were told about Matt and his team from a friend and contacted him. Within a couple days we had a face to face meeting about our case. He and his team immediately put our minds at ease and went to work for my and my family. I can’t say enough good things about Matt Randle and the team at Randle Palmer, and Bernays. We felt as if we were the only clients they had, full well knowing they all have full schedules. If you find yourself needing representation for family disputes please don’t hesitate to contact Matt Randle and his team.
This review is from a person who hired this attorney.
Hired attorney
Matthew Randle's response: Thank you so much for the kind words!

If you need a family lawyer, look no further. Matt Randle was exactly what we were looking for. He was upfront, direct and aggressive in the courtroom, and always made me feel he was on my side at a very difficult and emotionally draining time. Matt got us more and more parenting time every time we went into court and finally negotiated settlement in my favor with equal parenting time. His team was professional, knowledgeable and always there when we had questions or needed to discuss any concerns. In addition to being an awesome attorney, he is just a good guy who handled our case with empathy and honesty. Thanks for everything Matt!
This review is from a person who hired this attorney.
Hired attorney

Matt went out of his way my entire case to make sure everything worked out the best way it good. He was always straight forward and easy to get a hold of when needed. I highly recommend hiring him.
This review is from a person who hired this attorney.
Hired attorney

I hired Matt after my first attorney dropped the ball in a very complicated and contentious custody battle. Matt was great! He listened to what I had to say and made me feel my opinion and input had value. Matt is very good at what he does and is an effective litigator in the courtroom, he fought hard to restore my parental rights and maximize my time with my child. I would highly recommend that you hire Matt if you are looking for one of the best family law attournies on Tucson.
This review is from a person who hired this attorney.
Hired attorney
See all reviews

It is a pleasure working with Matt in our family law community. He is reasonable and hardworking. And Matt's understanding of the intricacies of the family law system provides a great advantage to his clients through his client advocacy and representation!

Matt Randle is an experienced, passionate and accomplished attorney. He is on the list of attorneys I would refer someone to without hesitation.

Matt is a determined and passionate advocate for his clients as well as for veterans. I endorse Matt Randle.

Knowledgeable, supportive, and fierce, Matt is exactly the kind of attorney you want in your corner.

Riisa Petersen, Divorce and separation Attorney on May 7, 2019
Relationship: Opposing Counsel on matter

I've worked with Matt many times. He is a great advocate for his clients and incredibly knowledgeable.

As his colleague and as an attorney myself, I could not more highly recommend Matt. You will not find a more passionate advocate anywhere. When i have questions in my practice that fall within his field of expertise, I do not hesitate to call Matt. He always takes the time out of his busy schedule to speak with me and answer my questions. More than once, he's told me that he would do research (that he did not get paid for) and get back to me---and he's always gotten back to me with an answer. You could not be in better hands.

Matt is kind, down to earth, reasonable and a pleasure to work with.

I endorse Matt Randle as a family law attorney. He is professional, thorough, and as tough as they come.

Matt is professional, hardworking, and a fierce advocate for his clients. Above all, his integrity, and the integrity of his firm, are exceptional.