Injured? We want to help you in the unfortunate event you need our assistance.

Jon is a partner at O'Steen & Harrison, PLC. He joined the firm in 2005 and practices in the areas of personal injury, contaminated food, traumatic brain injury, defective products and commercial litigation.

Jon has been named to the Super Lawyers list and Best Lawyers in America. He is av-rated (the highest rating) by the prestigious Martindale-Hubbell Law Directory.

Jon is a native of Arizona, having been born in Phoenix in 1980. He lives in Phoenix with his wife Kathryn and their two children. 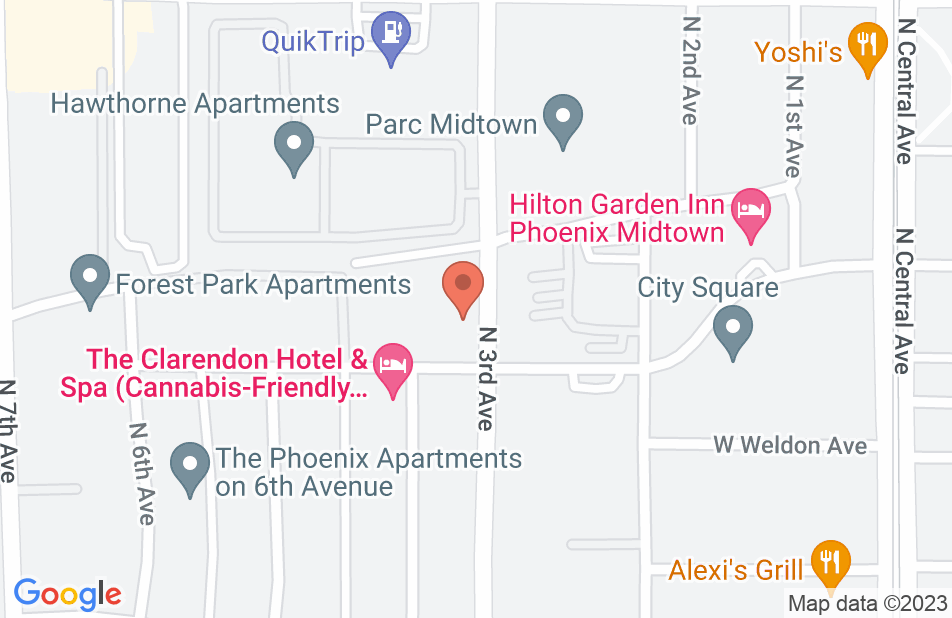 I worked with attorney Jon O’Steen on a recent case. He was always on top of things and would respond to me in a timely manner. He got a great result in my case and I was extremely pleased with the outcome. More than the result, I felt like he truly cared and took time to address my concerns and explain the process in a way I understood. Knowing I had Jon in my corner fighting for me gave me great peace of mind and I would highly recommend him to anyone looking for a top notch attorney. Thanks again Jon, you were fantastic!!
This review is from a person who hired this attorney.
Hired attorney

A member of our family was in a terrible automobile accident. After it became apparent that we would need legal help, we began consulting with attorneys. We chose to work with Jon O’Steen because he seemed to be the most knowledgeable about the specific complexities of our situation. As the case progressed, we were impressed with the way in which he handled our claim. Mr. O’Steen updated us every time there was new information and was patient with our endless barrage of questions. What I appreciated the most was that Mr. O’Steen made himself personally available to us within 24-48 hours of contact. In my experience, legal assistants are generally smart, capable professionals, however, sometimes a client needs to speak directly with their attorney. We were able to do that with Mr. O’Steen. In our search for legal help, we learned that this is not common. Mr. O’Steen was detail-oriented, strategic, communicative, experienced, well-respected by his peers (an asset to his clients), professional, honest (yes, honest) and I believe that he sincerely cares for the best interest and welfare of his clients. Based on what we understand of the industry, he is a rare find. I highly recommend working with Mr. O’Steen if you should ever need an attorney. You will not be disappointed.
This review is from a person who hired this attorney.
Hired attorney

I found him unprofessional in how he responded to me and it took extended time to get a response and many times you had to ask questions over and over to get an answer. He has technical knowledge but his communication, diligence and stsying on point for the client is very lacking. I had to stay on deadlines and manage my case. He told me information that I found untrue because it seemed he was staying informed with what was going on. What makes it worse us when I brought up my initial concern that turned into dissatisfaction and ultimately ending him representing me, he really didn't care. He seemed entitled and too busy. His responses usually ignored my unhappiness completely. I would not reccomend him unfortunately.
This review is from a person who hired this attorney.
Hired attorney

Jon is an outstanding lawyer with a great reputation. I have referred cases to Jon and also had the pleasure of working together with him on a case involving a joint client. He is a tireless advocate for his clients and has a sharp and analytical mind. I would not hesitate to send, family, friends, or clients to Jon for representation in the future.

Jon is a great lawyer. He's smart, tenacious, and committed. I endorse Jon without reservation.

Jon is a highly committed, enthusiastic and terrific advocate for his personal injury clients.

Jon is an outstanding personal injury attorney: smart, aggressive, hard-working, and absolutely committed to obtaining justice for his clients. I endorse him wholeheartedly for any plaintiff's personal injury, product defect, wrongful death, or accident case.

Jon possesses the knowledge, passion, and dedication to obtain consistently favorable results for his clients. I endorse him.

I endorse this lawyer. Jon is a great attorney and highly dedicated to helping his clients resolve tough circumstances.

I was in a clinic in law school with Jon and he was a stellar advocate then and the same can be said now. I endorse this lawyer.

I have known Jon for years. My firm has referred several personal injury cases to Jon over the years. Jon has an outstanding reputation in the valley as first class plaintiff's personal injury lawyer. In addition to serious accident injury cases, Jon also handles complex medical malpractice cases. I would not hesitate to recommend Jon to any prospective clients.

I endorse this lawyer. Jon is a dedicated and enthusiastic advocate. He knows the law well and goes the extra mile. He is a fine attorney and has my endorsement.

I have been lucky to watch Jon work over the past few years. Not only is he a very bright attorney, he has the tenacity of a lion. His combination of hard work and perseverance serves his clients very well.

Jon O'Steen brings energy and passion to the practice of law. I am sure his clients feel that energy as well, and they clearly benefit from it. He is more than willing to take a case to court, but his judgment is sound enough to know when litigation is ill-advised. An excellent lawyer.

Attorney O'Steen is among the top in his field in educating clients and potential clients of the importance of being "prepared for the worst" when it comes to automobile accidents. His guides on streamlining your auto insurance and accident checklist are must-reads if you are in his jurisdiction. People don't plan to fail, they fail to plan...The information provided by Jonathan on his site will help you plan for the best possible result, should the unfortunate happen to you.

It has been my pleasure to work with Jon since 2007. He is passionate about his work and has excellent skills in research, writing, and verbal persuasion.

I endorse this lawyer. He is extremely professional, pays attention to detail and, most importantly, puts the needs of each of his clients at the top of his list of professional priorities.

Jonathan O'Steen is an extremely diligent and aggressive attorney who will not compromise his integrity in preparing the best case on behalf of his clients. He is exceptional in his research skills and preparation for the most effective cross examinations I have encountered.

I endorse this lawyer. I have known Jon for many years. He is bright and effective, having achieved excellent results for his clients.